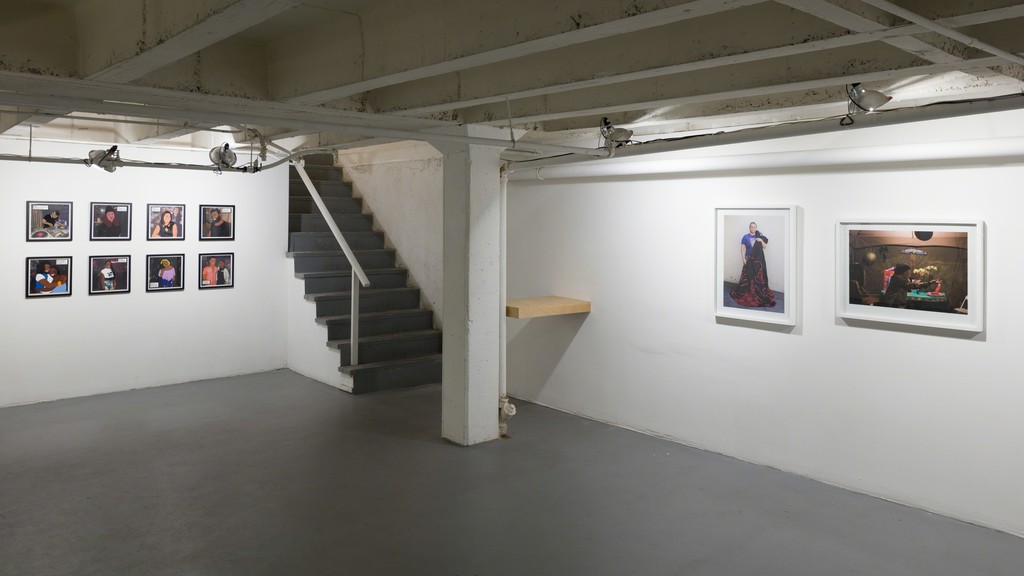 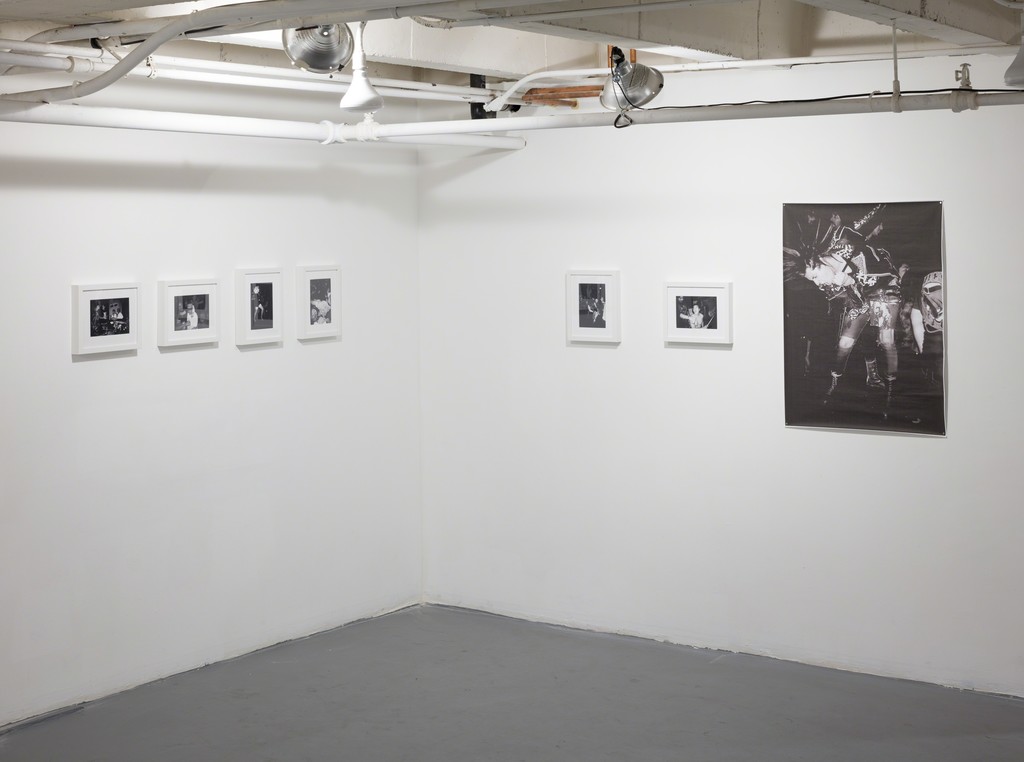 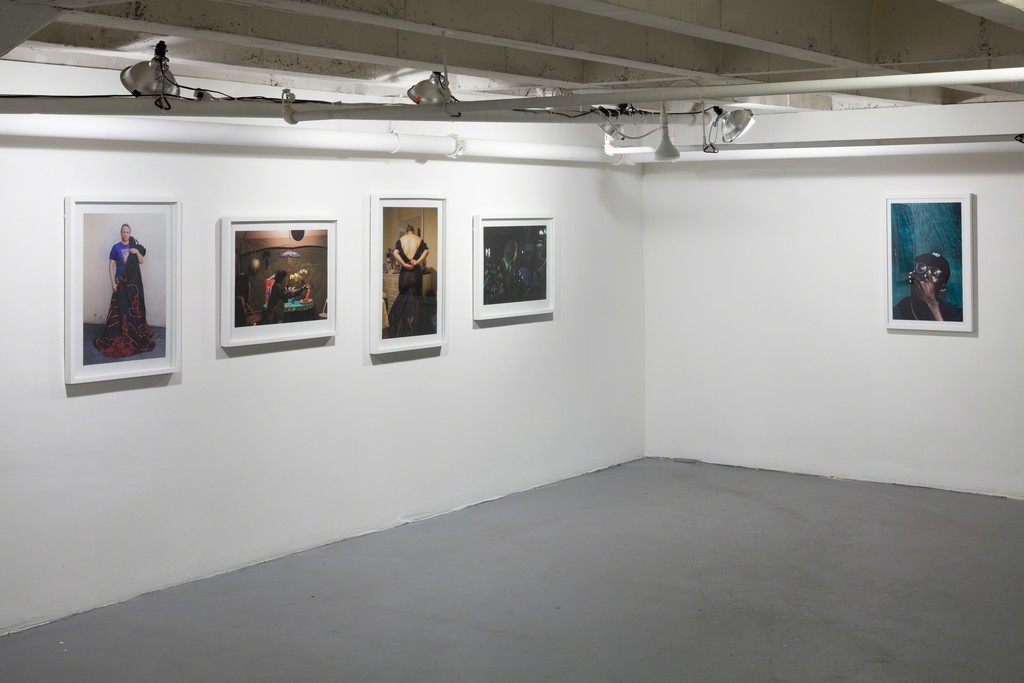 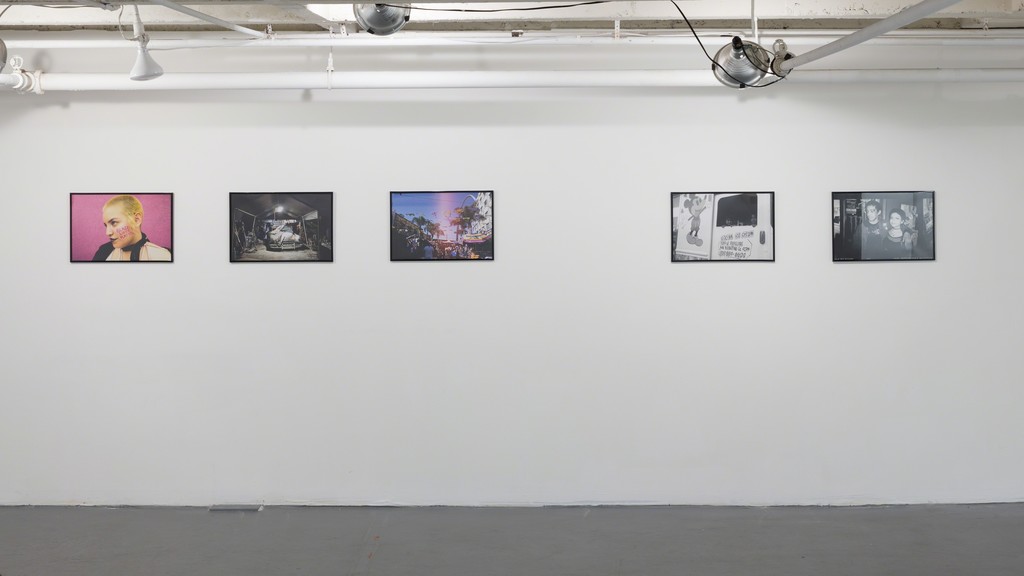 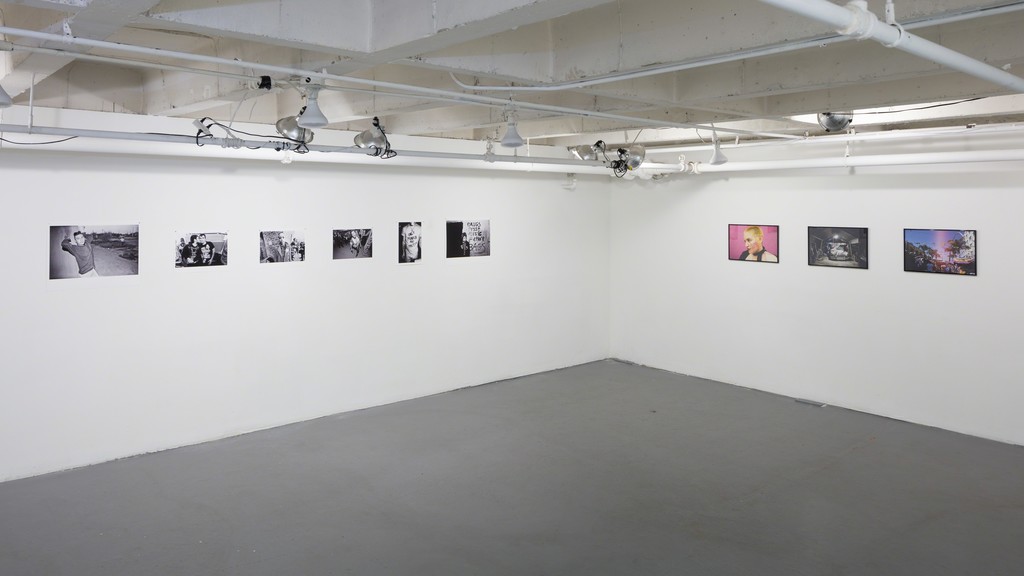 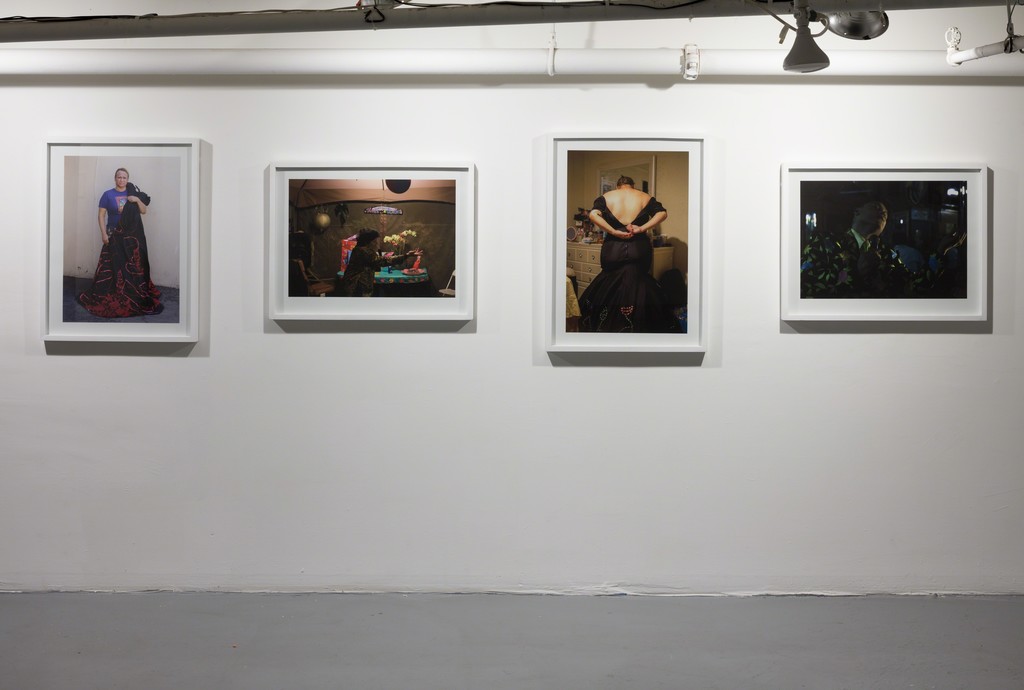 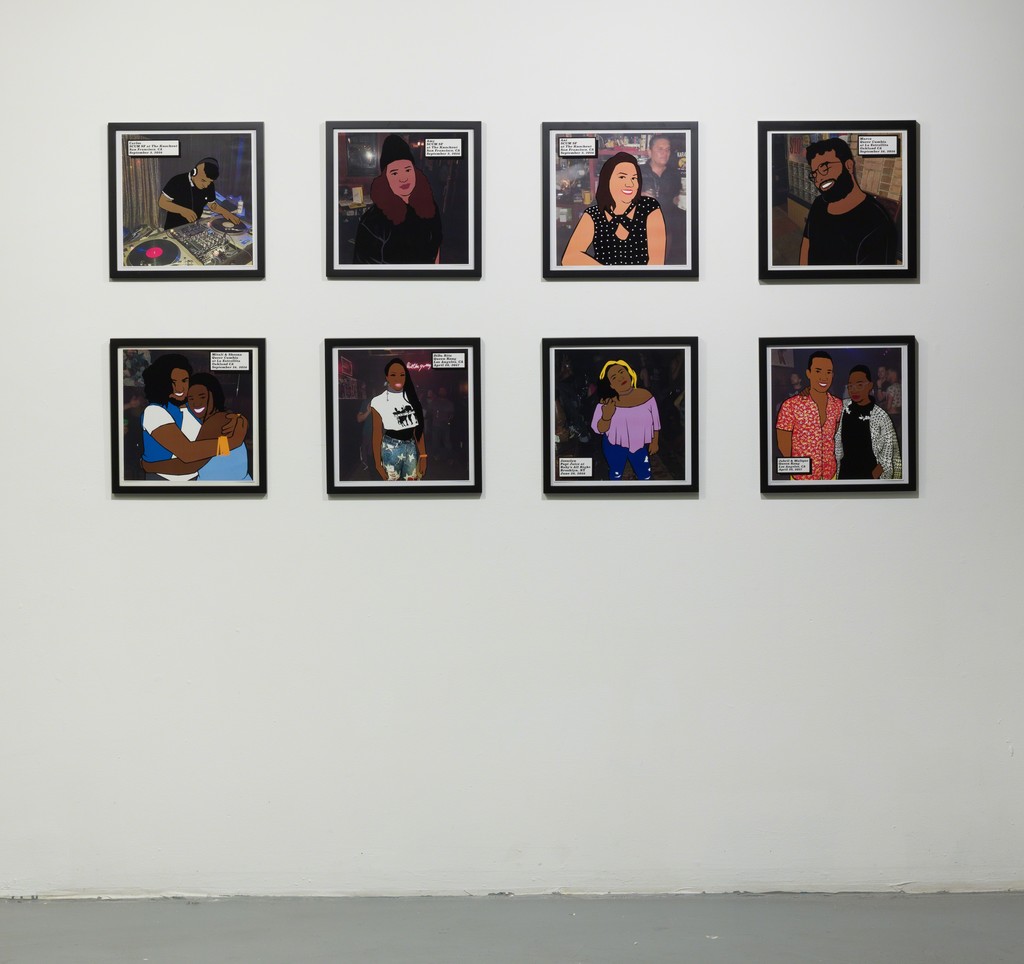 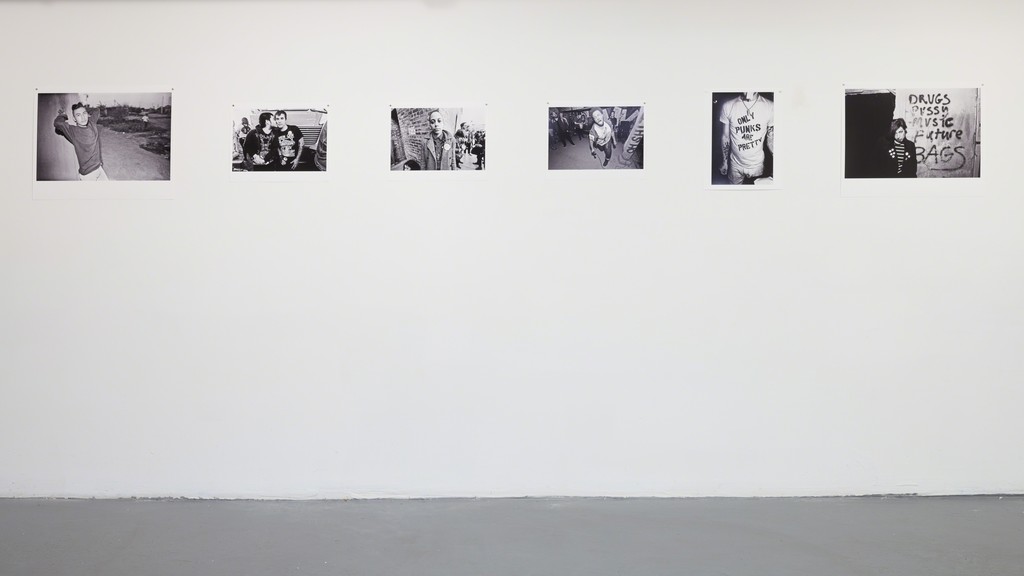 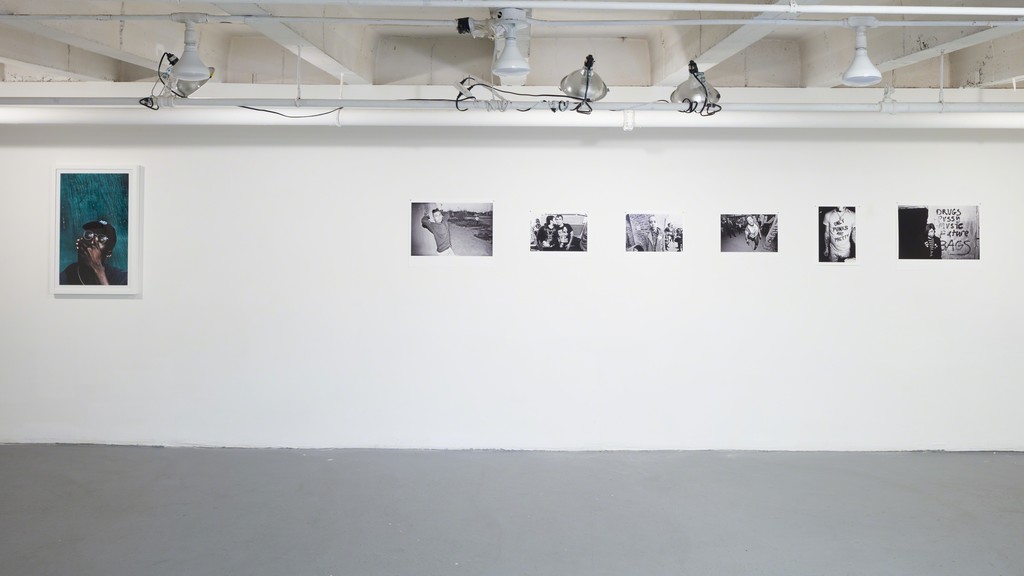 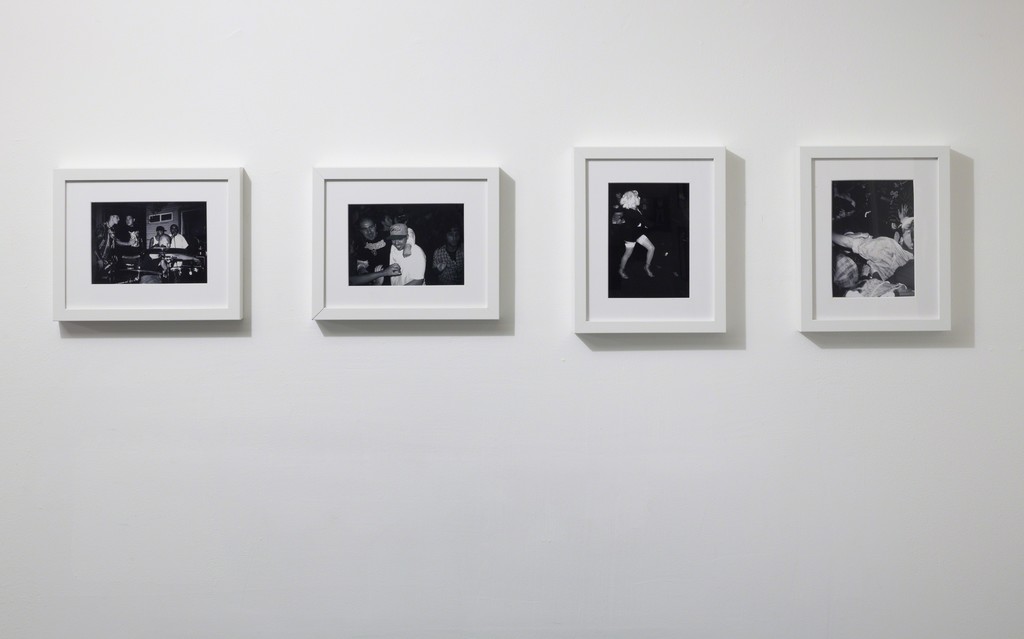 Mirame Bien (named after a song by Julieta Venegas, which translates to ‘take a good look at me’) offers the work of six artists who document their own lives through a familiar and intimate gaze. Rejecting the historical trope of the “objective lens” in photojournalism or of the outsider looking in, the artists in this exhibition are very much a part of the communities they document. Each artist represents their reality through their own lens, representing their respective Black, POC and Queer communities. This work displays the bonds, trust and comfort between the photographers and subjects. Mirame Bien refutes the tradition of exploitative art practices that display Black, POC and Queer bodies often or only depicted by white artists. By documenting their own world, they take back control of the record of their own histories.

Valerie J. Bower (b. 1986) is a photographer based in Long Beach, California. She uses childhood nostalgia, the visuals and experiences of growing up in the Harbor Area of Los Angeles as influences in her work. Her dream-like, monochrome street photography show a softer, feminine point of view on typically masculine themes and subjects. Focusing primarily on POC, she documents various street cultures and everyday life in Los Angeles. She has also explored the influences of West Coast culture in other parts of the U.S. and Japan. Her work also includes a collection of self-published books, zines, and other printed items such as letter writing and postcard sets. In 2017, Valerie’s photography book “Homegirls” was archived into the Thomas J. Watson Library at the Met Museum in New York. Valerie is currently teaching photography to incarcerated youth at Orange County Juvenile Hall.

texas isaiah is a visual narrator from brooklyn, ny. he currently resides in los angeles, brooklyn, san francisco, and oakland. his work explores gender, race, and sexuality by inviting the sitter to participate in the photographic process. the invitation constructs a space to begin and continue collaborative visual dialogues about legacy, emotional justice, protection, and topophilia (the affective bond between people and place). texas isaiah is invested in what it means to be seen and loved when you have your photograph taken.

texas isaiah has exhibited numerous spaces including the kitchen (nyc), the studio museum in harlem (nyc), charlie james gallery (los angeles), we buy gold at sergeant’s daughters (nyc) slought foundation (philadelphia), and new space center for photography (portland). his work has been featured in the FADER, killens review of arts & letters, paper safe magazine, the photographic journal, and spook mag. texas isaiah’s work has been featured on several catalogue and book covers: the 2017-2018 exhibition catalogue at the studio museum in harlem and fred moten’s “stolen life (consent not to be a single being).” in 2017, texas isaiah was featured in TIME as one of the top ’12 african american photographers you should follow right now’.

Arlene Mejorado is an artist and photographer driven in experimental documentary work and is currently shaping nuanced visual narratives. Raised in Los Angeles, she is the daughter of migrants, queer, multi-ethnic, and an aspirant of beauty and truth. Mejorado has co-published her first photography book Femme Frontera with Homie House Press. Her projects often interweave layered experiences in migration, diasporas, cultural hybridity, gender-queerness, and identity. Ultimately, she believes her work is collaborative, derived of both reality and dreams, and honors a process of understanding, experimentation, and expression.

Desilu Muñoz (b.1989) is a born and bred photographer from the San Gabriel Valley. Currently based out of La Puente, her inspirations are derived from her upbringings as a rough and tumble youth amongst the various countercultures that resided within the SGV, as well the vast variety of characters it helped produce. Whether it be through the curation of her very own photographs and zines through her collective, Applesauce Industries, Desi does her best to both capture and share the beauty and essence of the 626 through its scenery and inhabitants. Desi continues to pay homage to the culture that not only raised her, but shaped her attitude and aesthetic by providing her with the discipline to pursue her love for film photography.

Julio Salgado is the co-founder of DreamersAdrift.com and project manager for CultureStrike. His status as an undocumented, queer artivist has fueled the contents of his visual art, which depict key individuals and moments of the DREAM Act and migrant rights movement. Undocumented students and allies across the country have used Salgado’s artwork to call attention to the youth-led movement. His work has been praised by OC Weekly’s Gustavo Arellano, KPCC-FM 89.3’s Multi-American blog and the influential journal ColorLines. In July 2012, Salgado and other undocumented activists joined Jose A. Vargas on the cover of Time Magazine. Salgado graduated from California State Universitiy, Long Beach with a degree in journalism.

Martín Sorrondeguy is a visual artist, photographer, and musician. He was born in Montevideo, Uruguay and raised in the Pilsen neighborhood of Chicago. Sorrondeguy has traveled the world screaming for punk bands, slowing down just long enough to swap out the microphone for his camera. Two books have been released of his works the first titled PORQUERîA published by BASE, Tokyo, Japan, 2010. The second GET SHOT published by Make a Mess, Los Angeles, 2012.

Rudy “Bleu” Garcia is a 1st generation Los Angeles born and raised Chicano Queer. He is a Mover, Shaker, Organizer, Curator, Zine maker, and gal about town. Known for work with Maricón Collective, bands such as $3Puta and Hot N’ Heavy, clubs such as Outré, La Polla Loca, Spunk and the current East LA queer punk club sCUM among others. Rudy began organizing in the late 90’s while writing his seminal queer zine Scutter. He was the Producer of RuPaul’s DragCon Los Angeles for World of Wonder since its inception in 2015- 2017 and produced the first New York edition in 2017. He has curated group shows at Lethal Amounts Gallery, Performances for Beach Goth 2017 & 2018, and currently manages the rising vocal priestess San Cha.