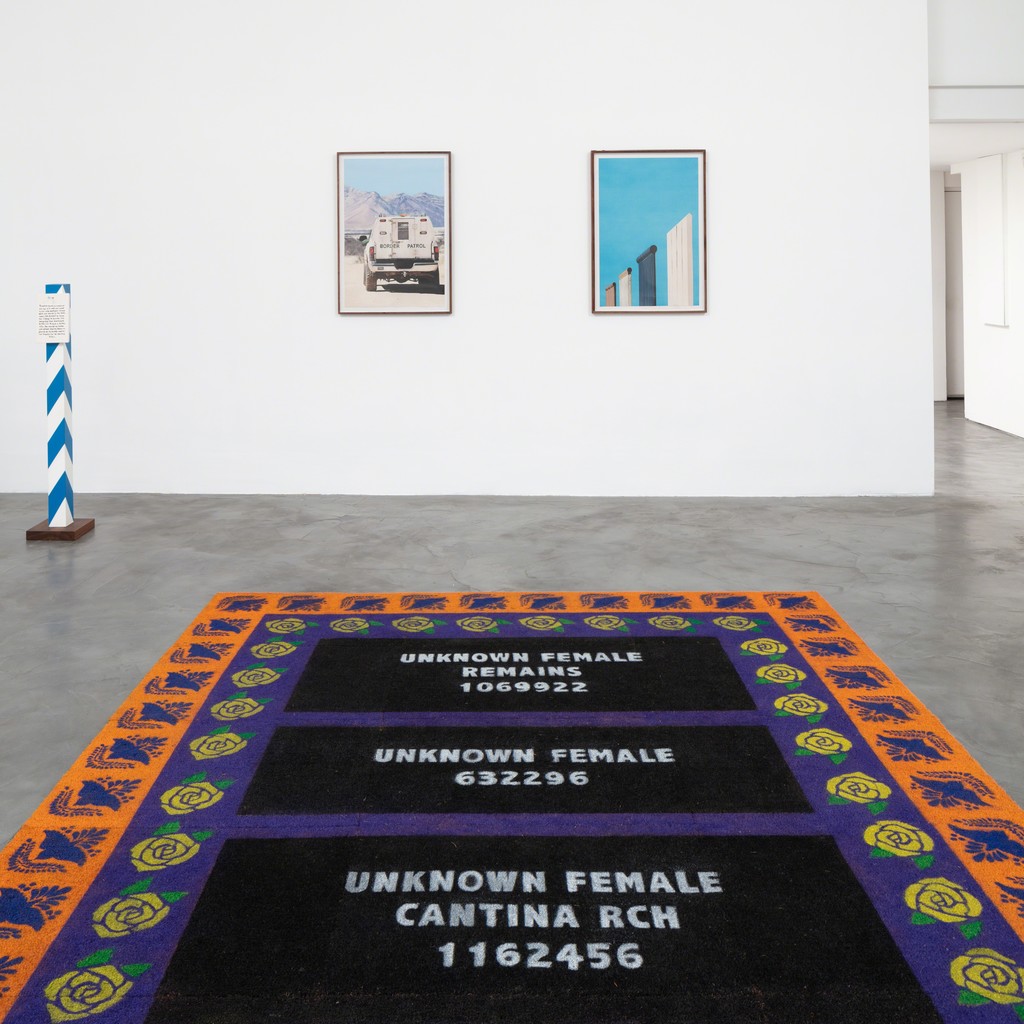 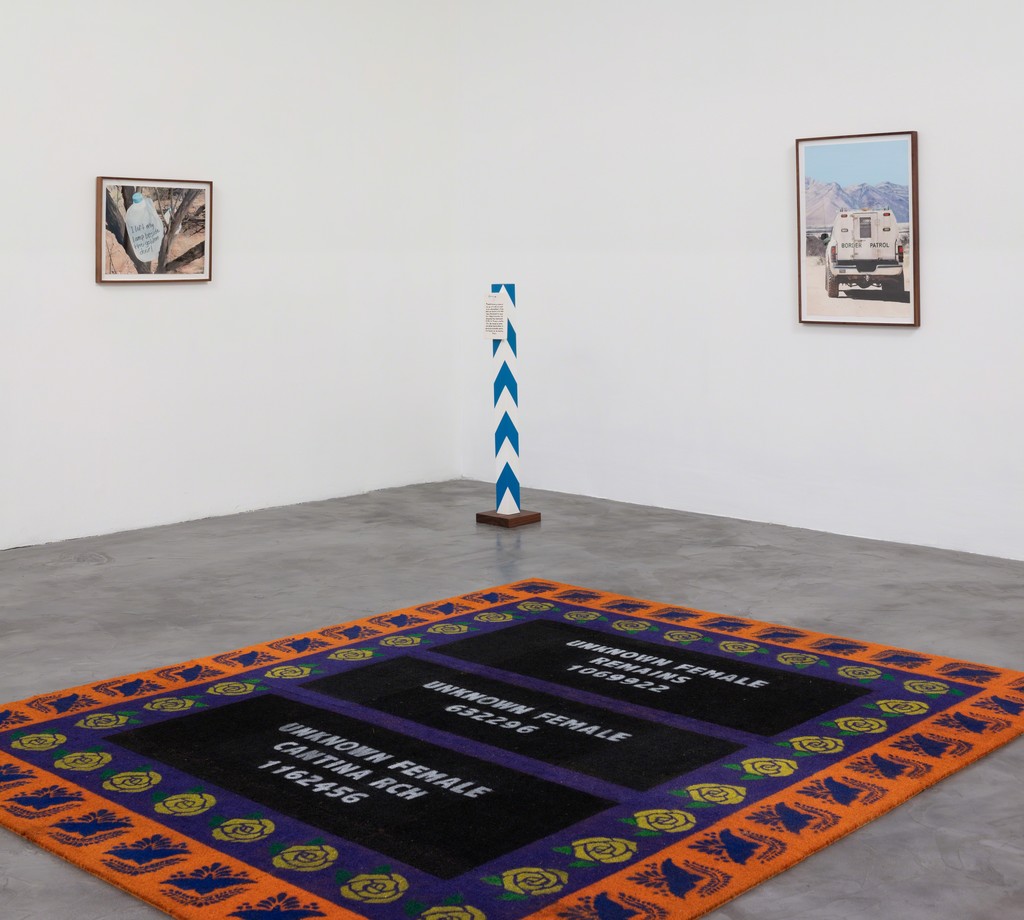 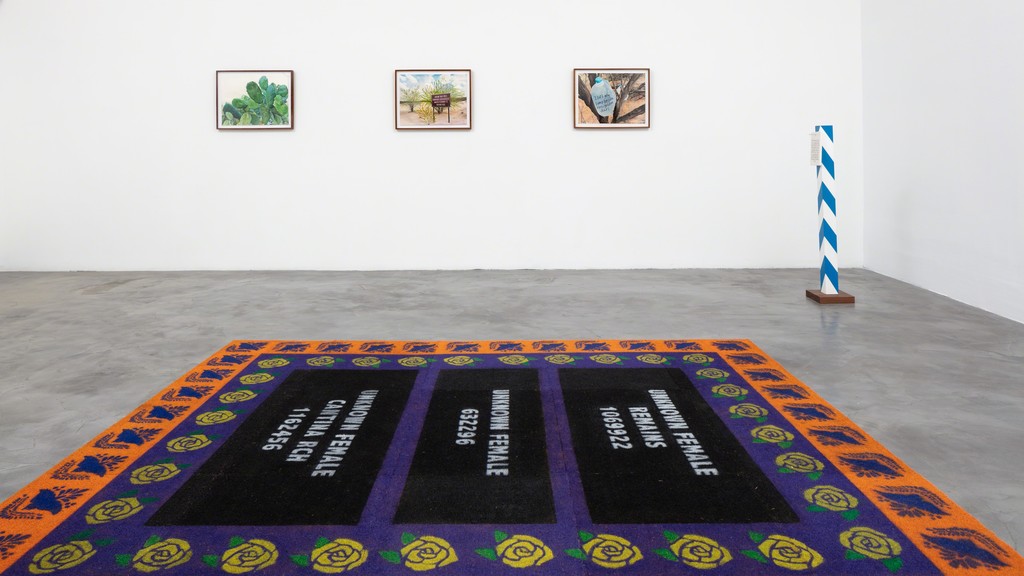 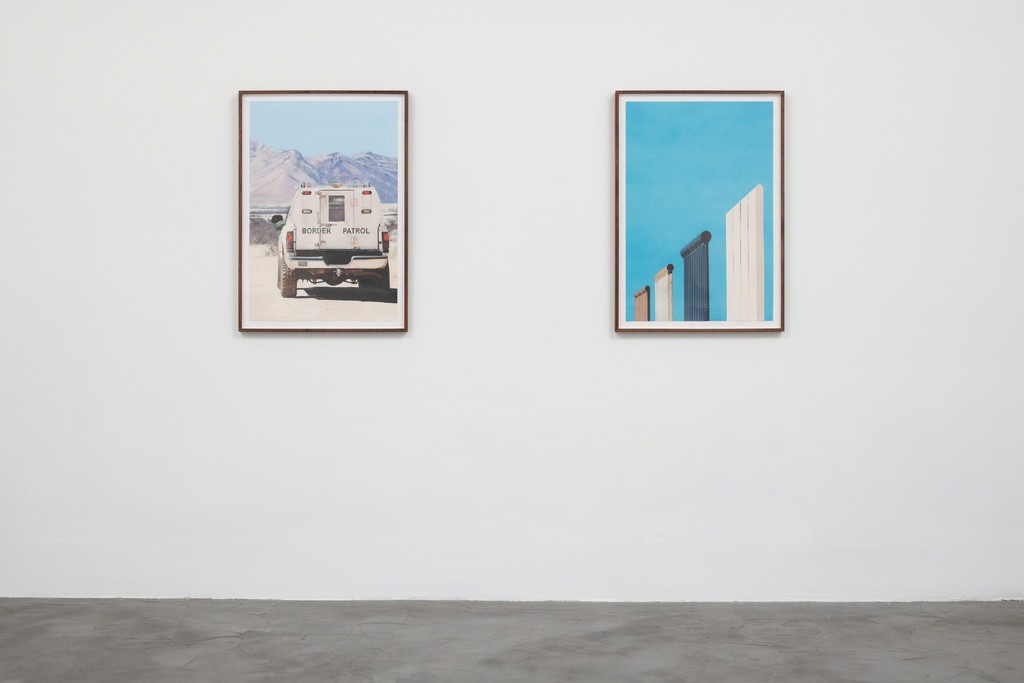 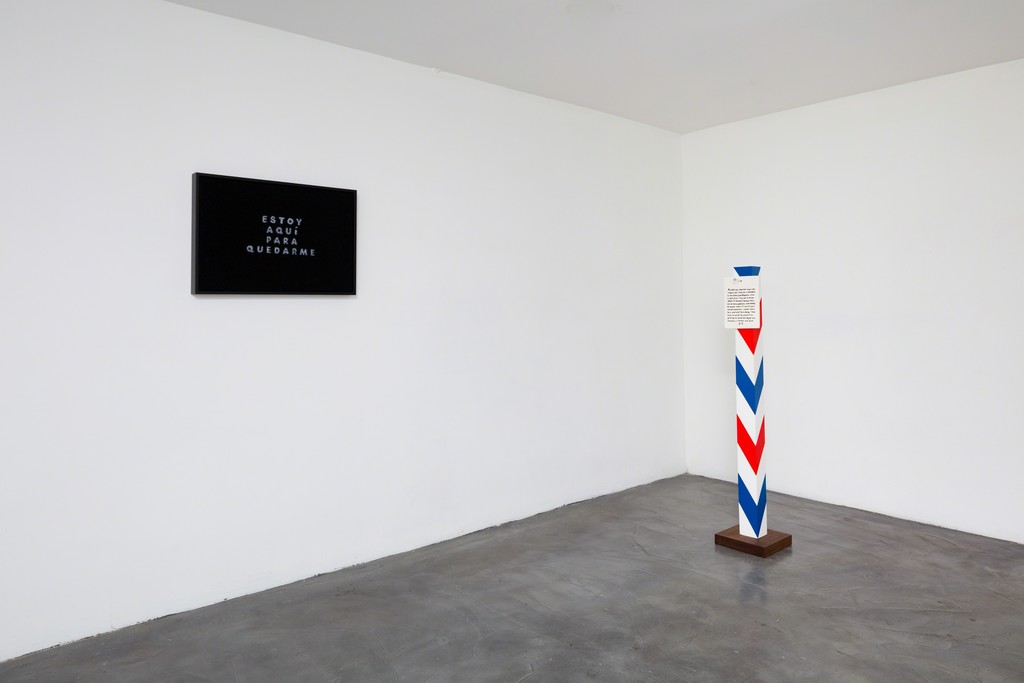 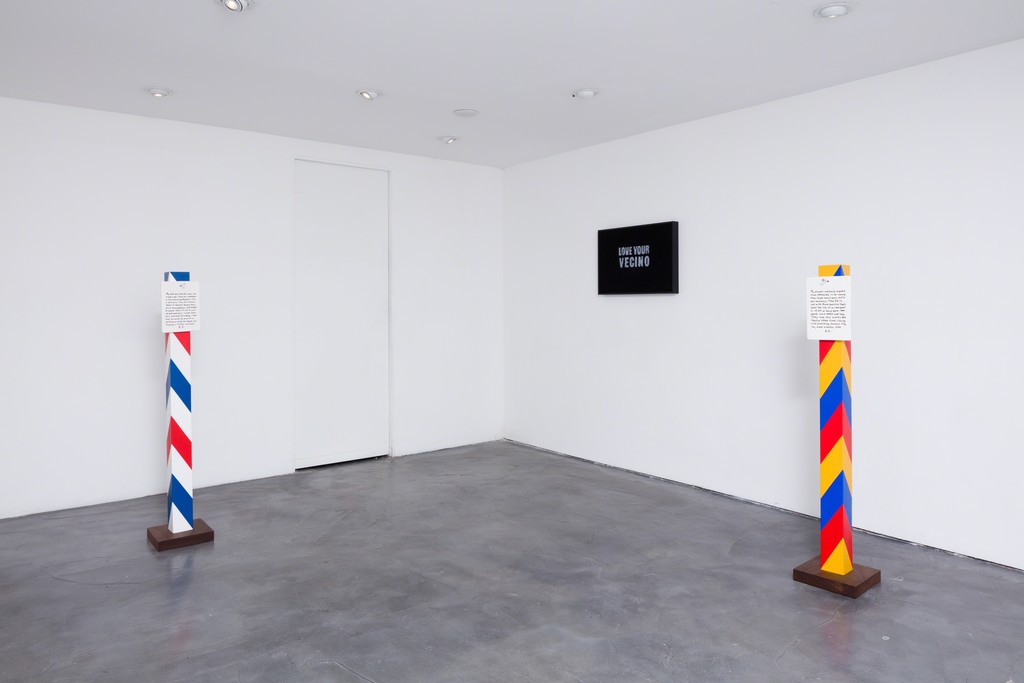 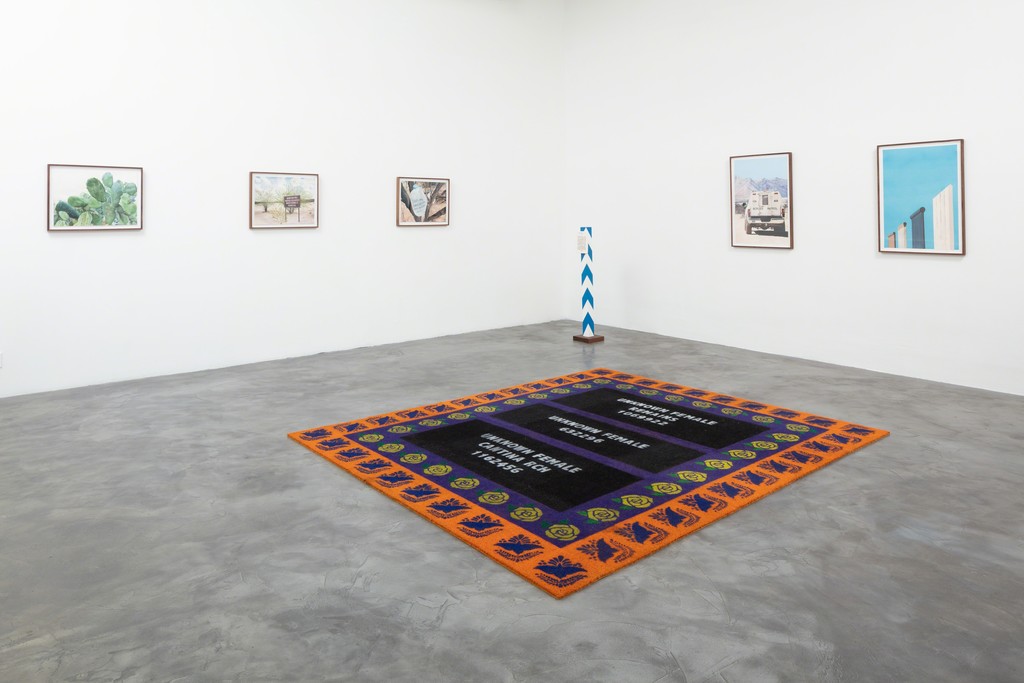 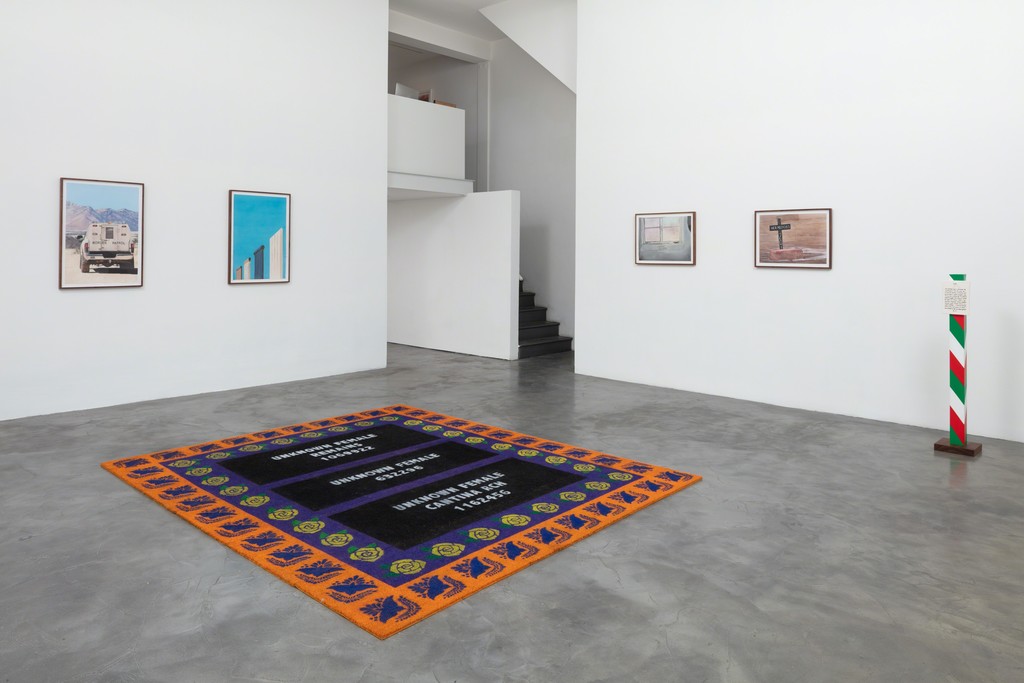 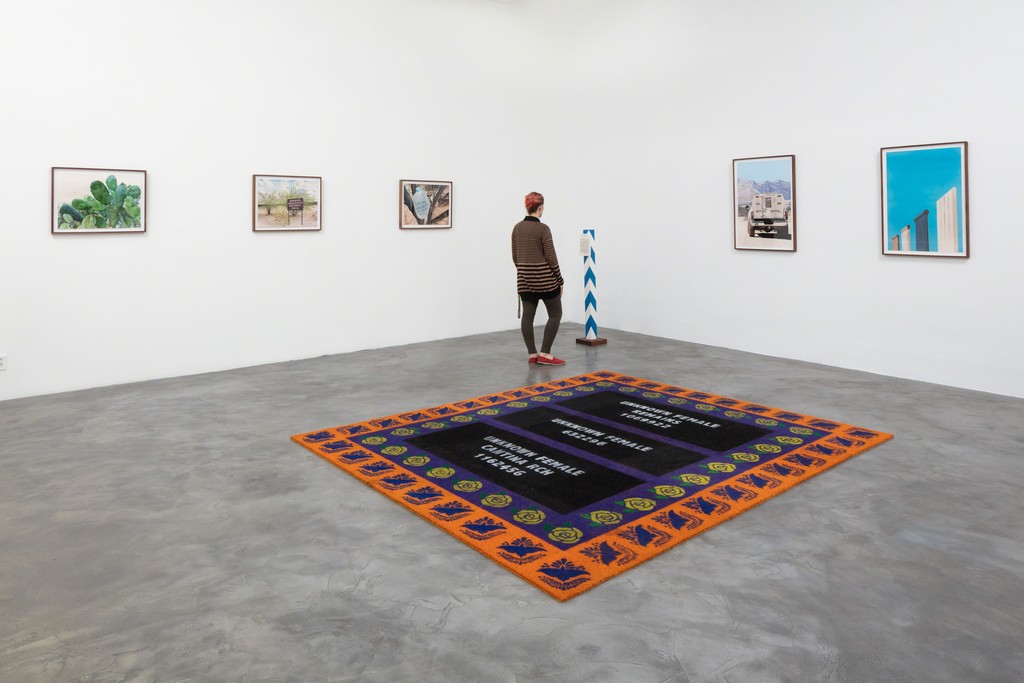 Charlie James Gallery is pleased to present A Place Called Home, the fourth solo show by LA artist Nery Gabriel Lemus at the gallery. The exhibition explores immigration through the lens of “The New Colossus,” a sonnet originally written by American poet Emma Lazarus in 1883 to raise money for the construction of a pedestal for the Statue of Liberty. The sonnet depicts a mighty woman that lights the way for refugees and immigrants seeking shelter- it highlights her desire to embrace such individuals as a mother would her children; Lazarus calls her the “Mother of Exiles.”

Lemus’s work in the main gallery will explore the terrain that immigrants traverse on their journey(s) to the United States through a series of highly detailed watercolor paintings of desert landscapes. At first glance, the paintings seem to depict barren images of desert lands, but upon closer observation the images reveal key phrases from the Emma Lazarus poem.

Centered in the main gallery is Lemus’s epic floor piece titled “Thee Unknown Females,” which brings into stark relief the dangers involved in attempting to cross the US-Mexico border. The piece references the ornate dyed sawdust rugs, known as Alfombras, made in Guatemala during Holy Week. The piece depicts three numbered burial markers for ‘three unknown females’ who perished making the desert crossing to the US. Lemus’s floor painting uncannily evokes the folk tradition of the Alfombra, but achieves the result through the seamless arrangement of fifteen acrylic painted welcome mats.

In the rear gallery signs with ceramic tablets share the narratives of immigrants that came to the US seeking a better life for their children. The signs serve as markers of completion. The pieces are labeled Tetelestai #1, #2, #3, #4. Tetelestai is the Greek work for “it is finished.” The rear gallery will also contain a collection of smaller Alfombras that reflect elements of contemporary dialogue on immigration.