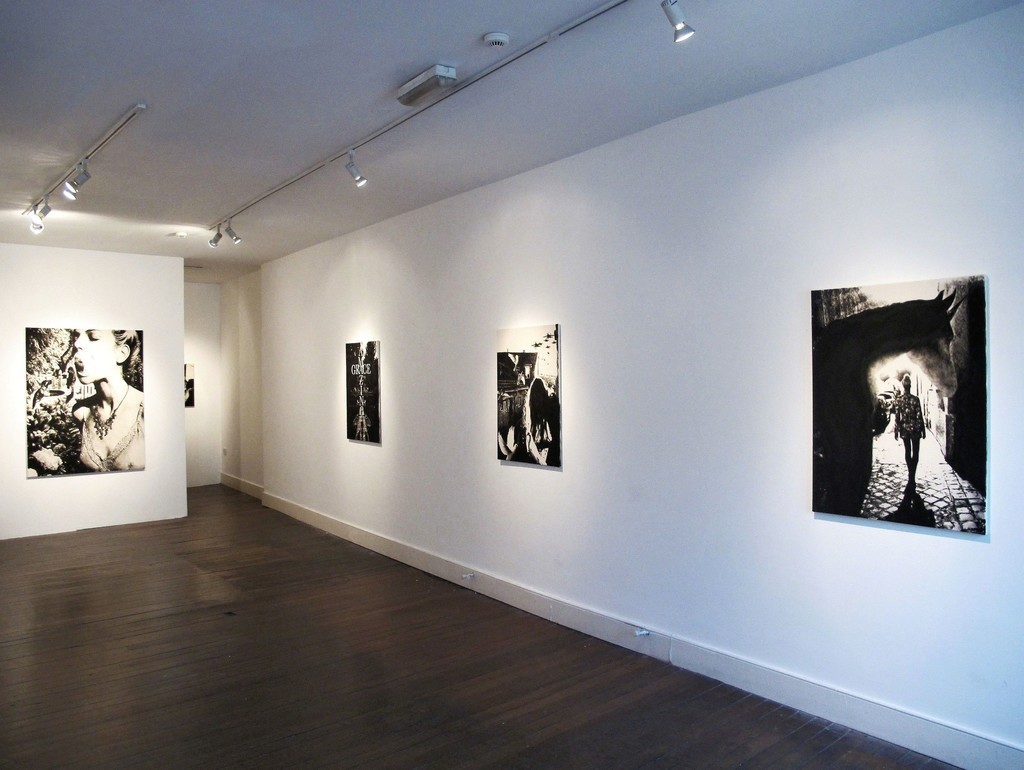 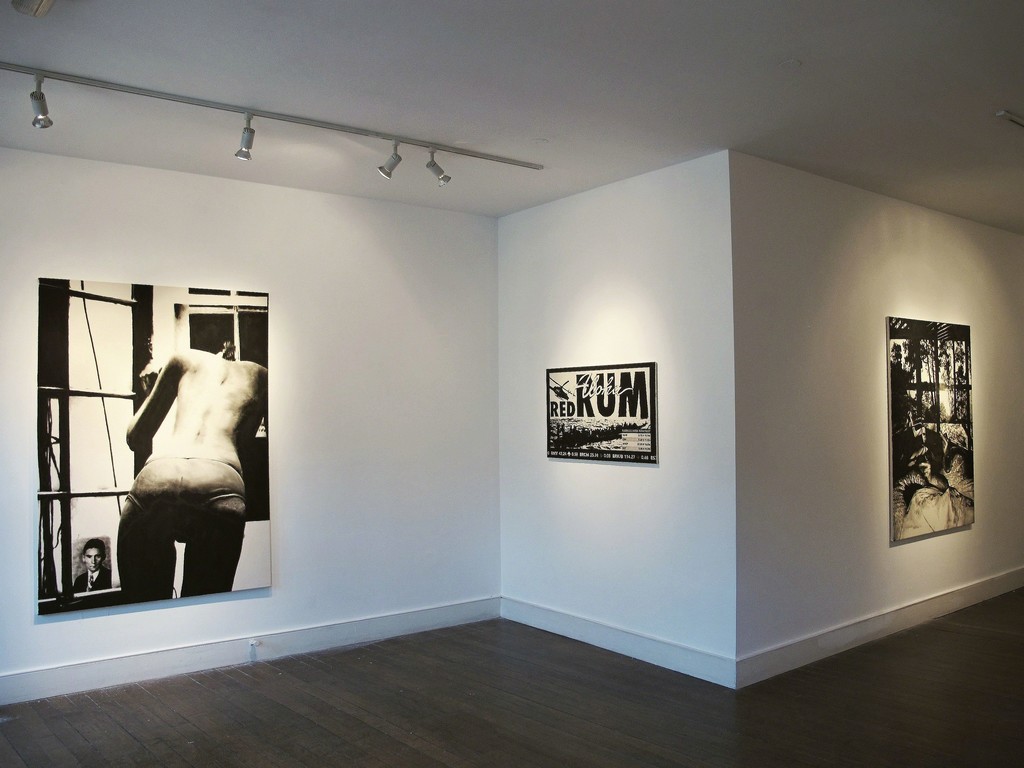 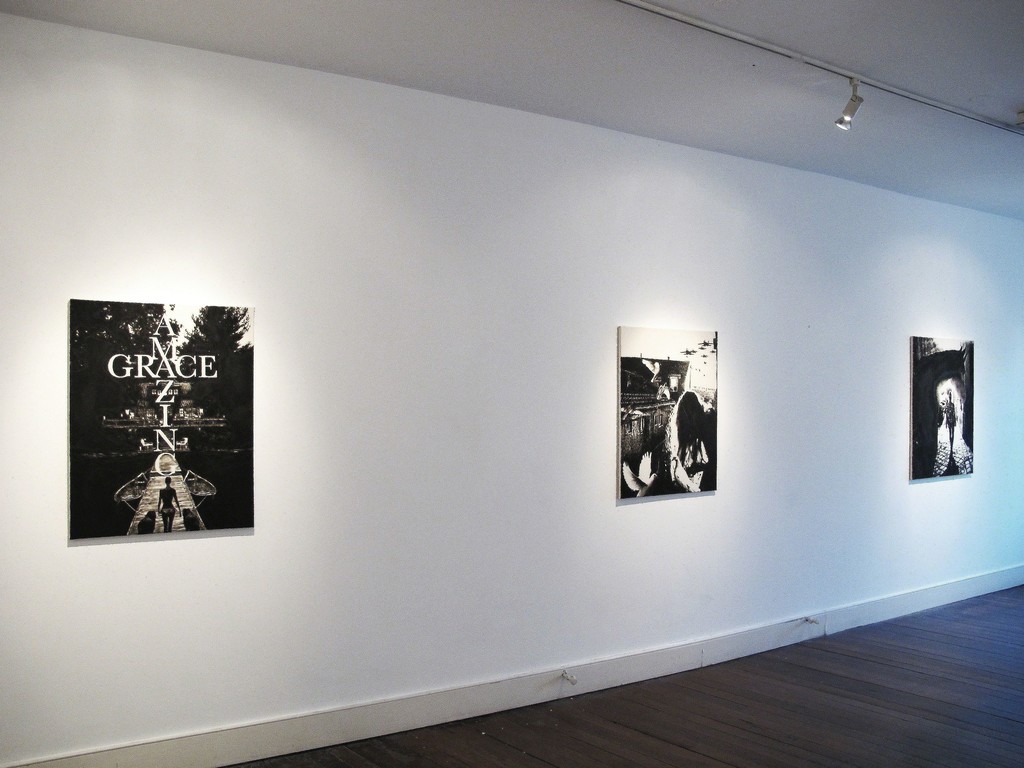 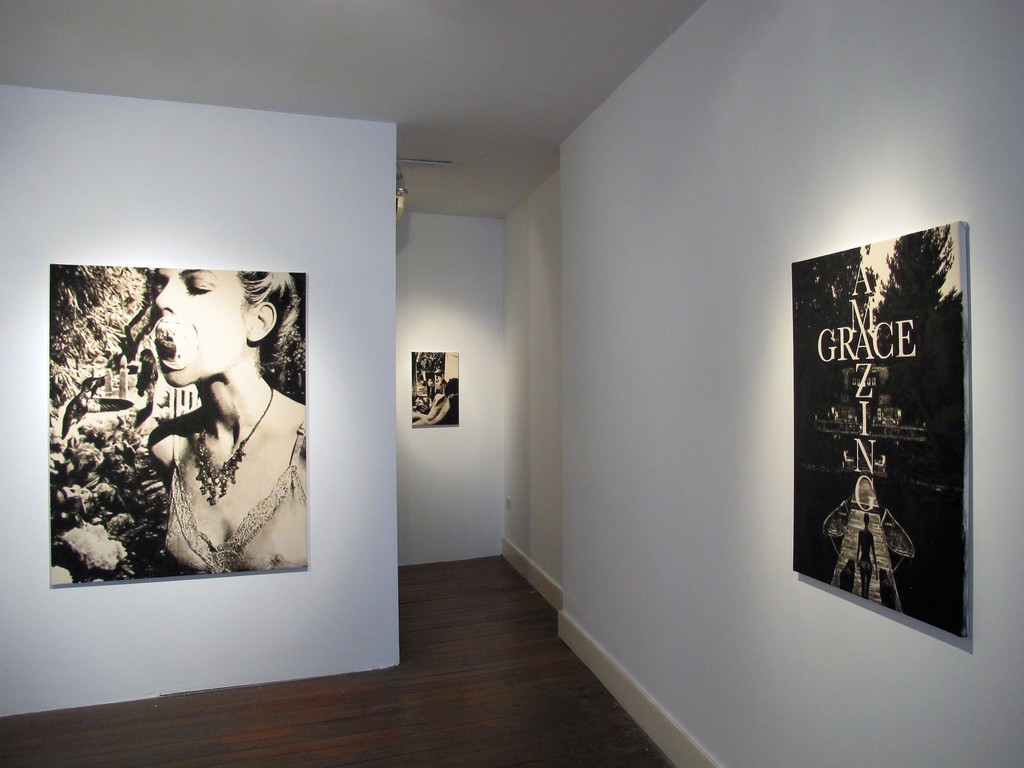 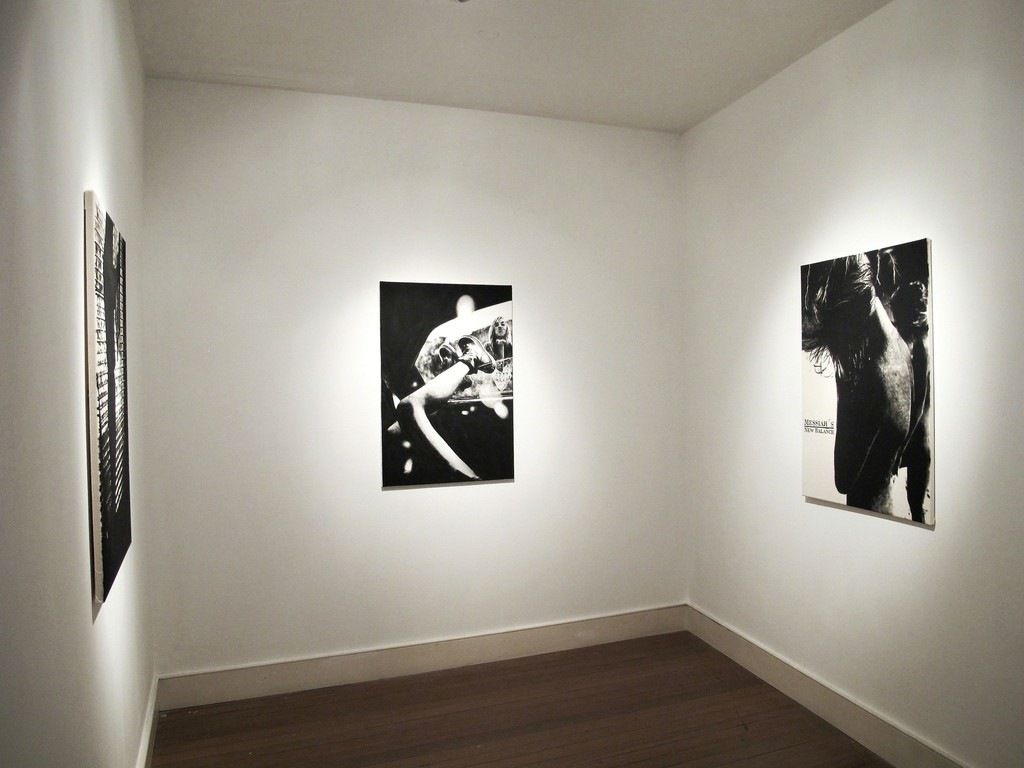 CHARLIE SMITH LONDON is delighted to present Florian Heinke with his first solo exhibition in London.

Heinke is known for his paintings that alternate between political polemics and transcendental beauty. Combining text and image only in black acrylic on unprimed canvas, Heinke’s methods are unique and highly impactful. Schooled initially on the streets of Frankfurt, Heinke discovered studio painting after being arrested for graffiti writing:

“Once I got arrested and they put me into a programme in a workshop. They offered me an alternative punishment: to work in their painting studio. I did my first canvas there with brushes and colour. Graffiti was just the valve to show my rage, incomprehension and sadness.”

Heinke went on to study at Johannes Gutenberg Universität Mainz before untertaking his Masters at the renowned Städelschule. Since then he has gone on to become one of Germany’s most vibrant young painters, exhibiting globally and being placed in prominent private collections, including that of Michael & Susan Hort in New York.

Despite retiring his spray cans at an early stage, elements of street semiotics continue to endure. The use of text in both German and English; an absorption of advertising techniques; and a clash of imagery derived from various sources coalesce to reference high, low and mass culture.