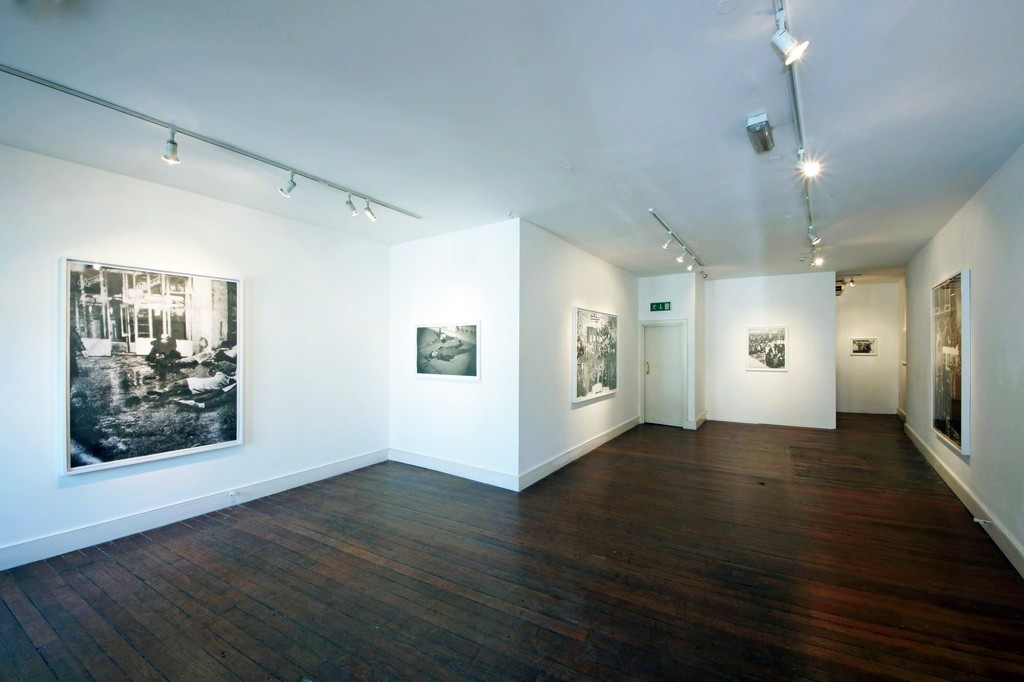 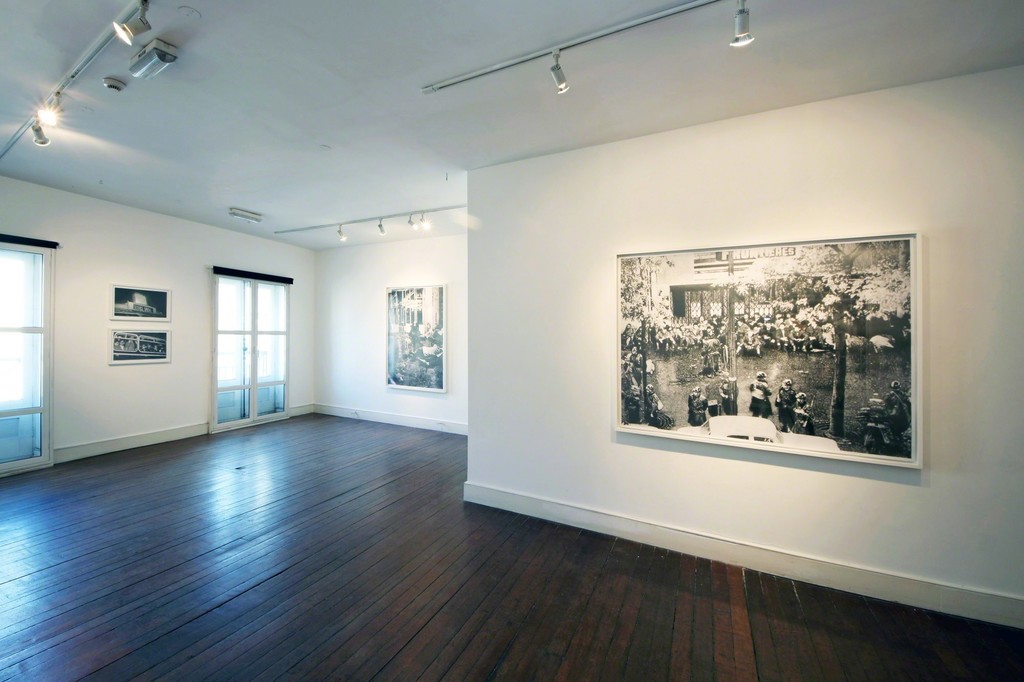 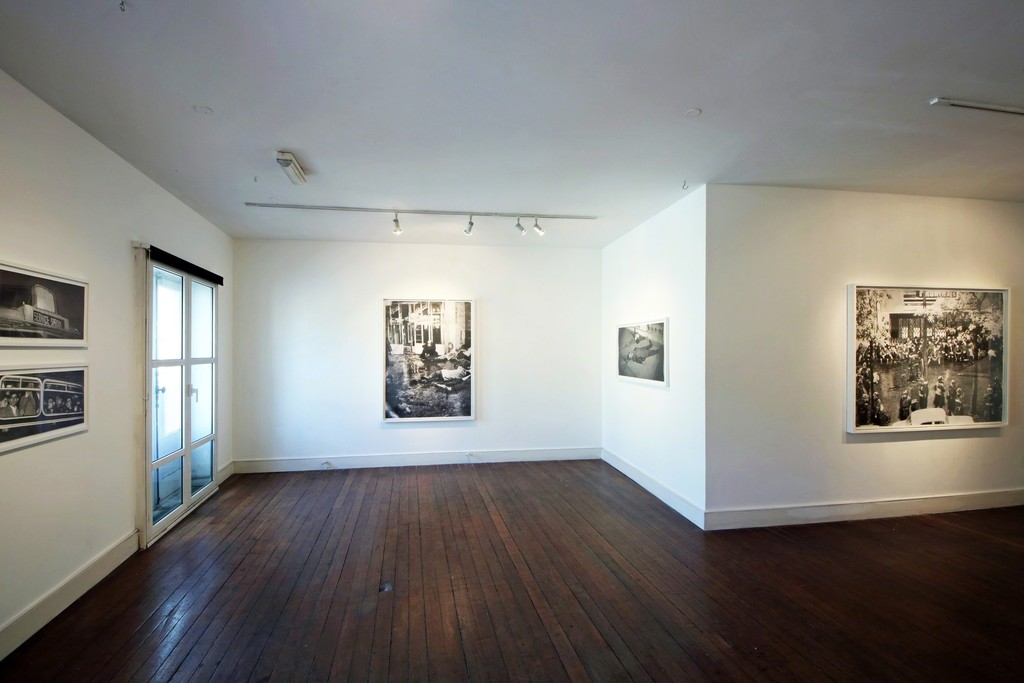 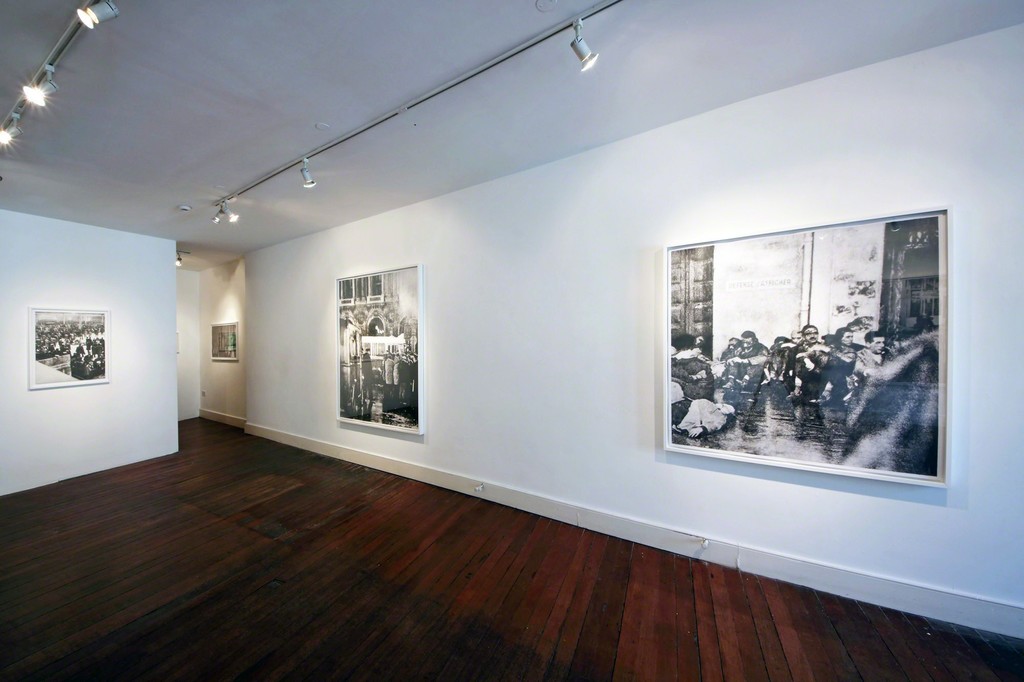 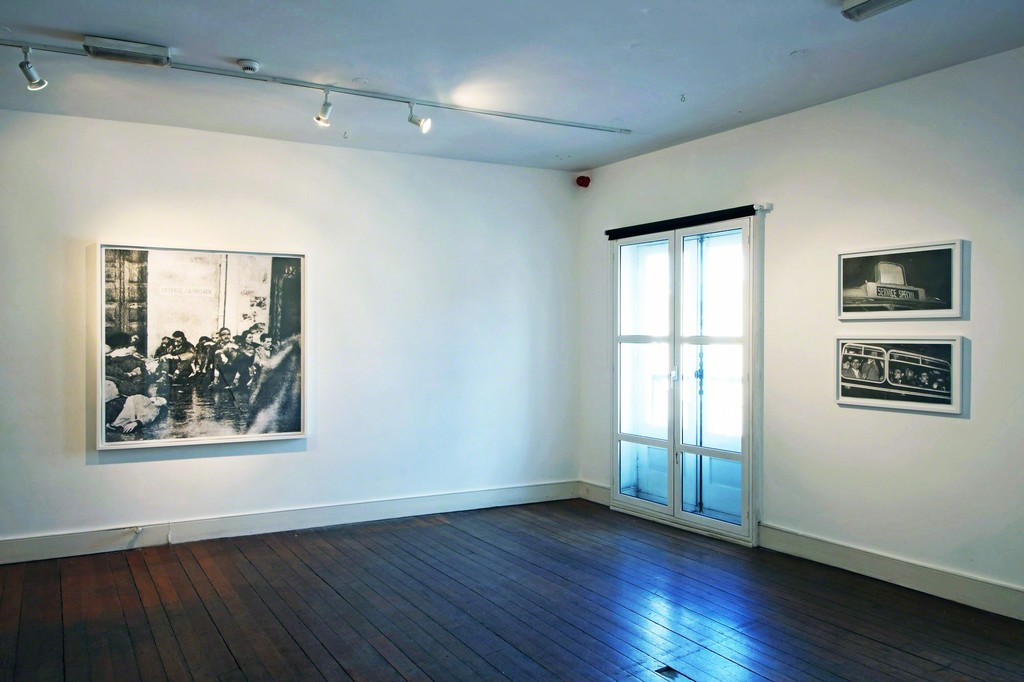 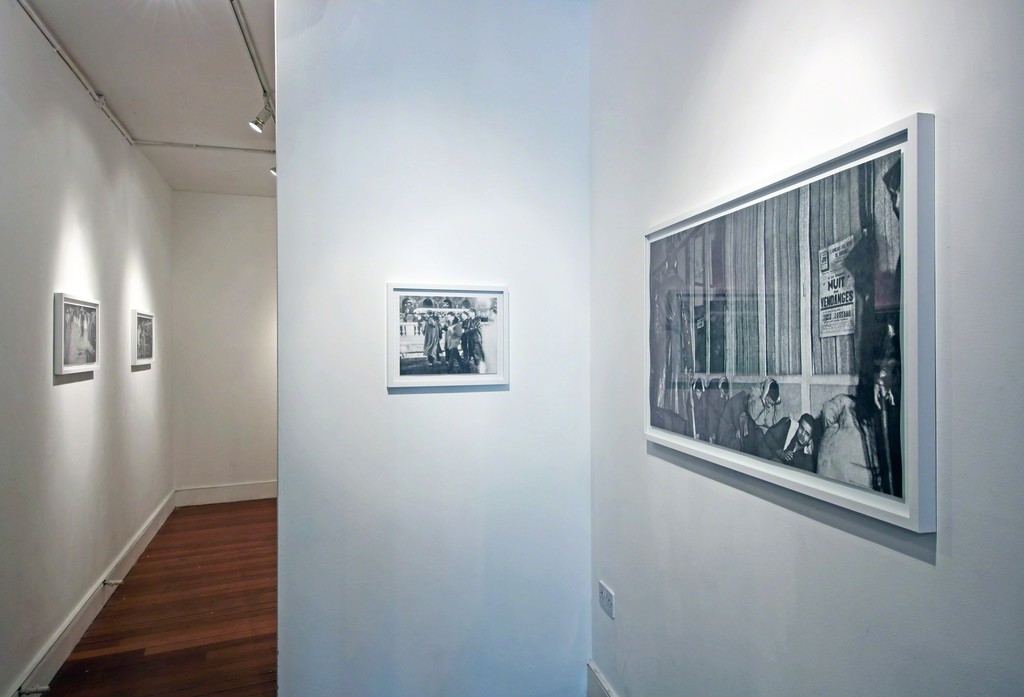 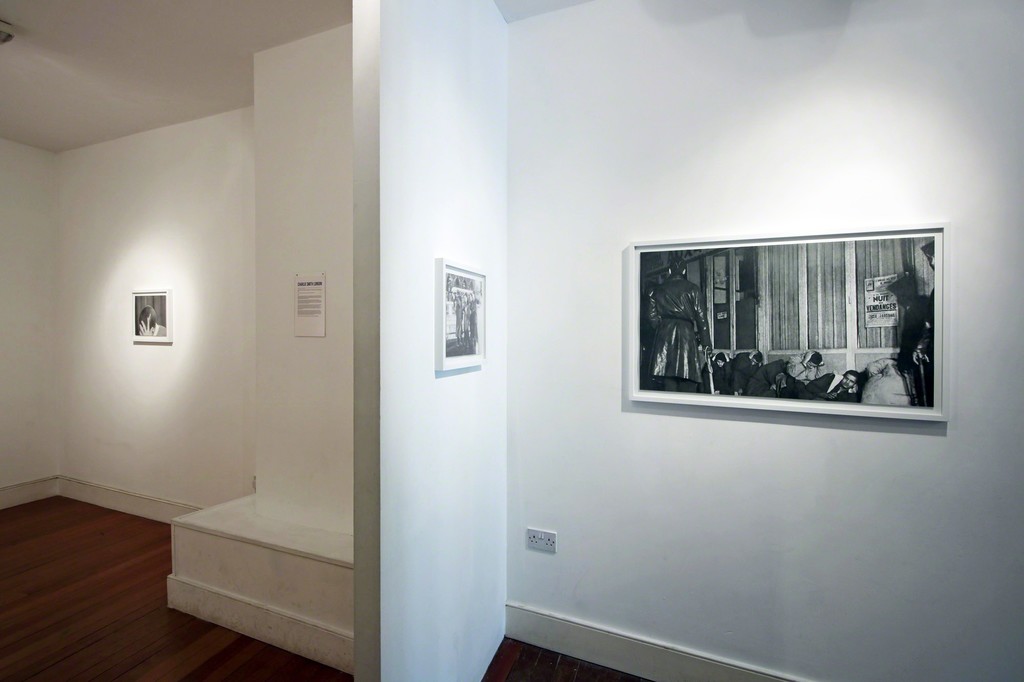 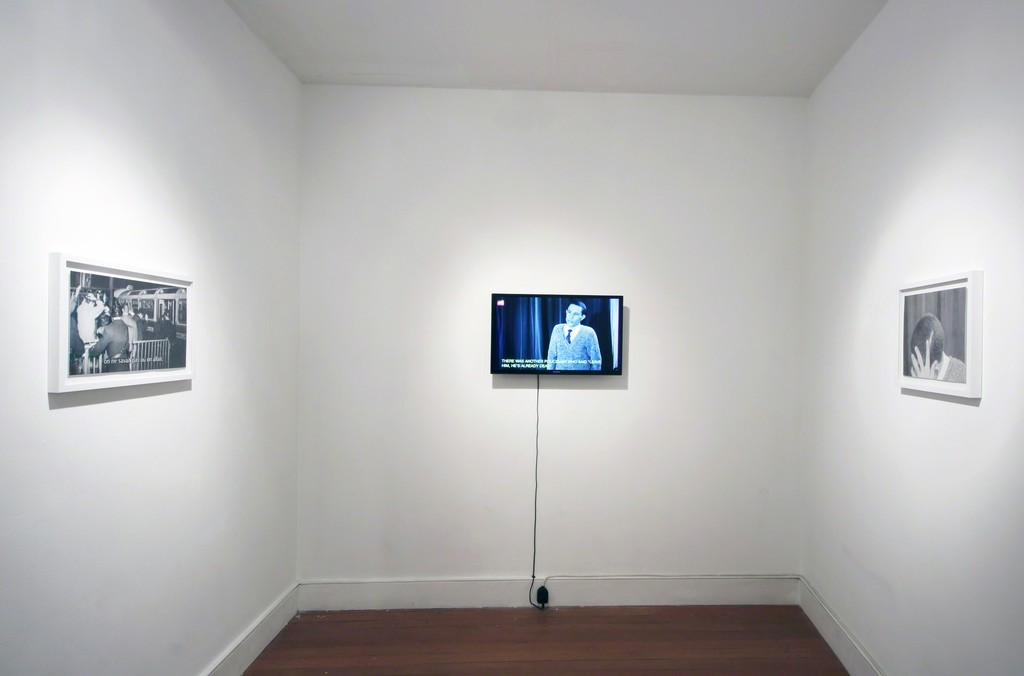 CHARLIE SMITH LONDON is delighted to present French artist Eric Manigaud in his second one person exhibition at the gallery.

In this exhibition Manigaud has focused entirely on the Paris massacre of 1961, when the French National Police attacked a peaceful demonstration of pro-National Liberation Front (FLN) Algerians, which resulted in the ruthless and intentional murder of numerous unarmed demonstrators (estimated between 200 and 300 despite the French government eventually acknowledging only 40 deaths in 1998). A witness, Makhlouf Aouli, stated recently, “Algerians were drowned, strangled and dropped from planes into the sea.”

The repression took place in the context of the Algerian War (1954-62), at a time when the FLN had recently resumed its bombing campaign against the French police in its effort to gain independence for Algeria. The demonstration was a direct response to a police dictum that had introduced a curfew that ‘prohibited just “French Muslims from Algeria”…from going out between 20h30 and 05h30, from driving a car and from walking together in groups, at the risk of being immediately arrested.’ The Chief of the Paris Police at the time was Maurice Papon, who that year was awarded the Legion of Honour by French President Charles de Gaulle. Latterly, in 1998, he was convicted of crimes against humanity for his participation in the deportation of more than 1600 Jews to concentration camps during World War II under the Vichy Government.

The savage response by Papon’s police force to the demonstration was racist (anyone with olive skin was targeted including those of Tunisian, Moroccan, Spanish and Italian origin); premeditated; and redolent of his collaborationist past. 11,000 people were arrested and transported to locations including Parc des Expositions and Le palais des sports (previously Vélodrome d’Hiver), sites which were used as internment centres by the Vichy Government.

This collection, therefore, is a continuation of Manigaud’s preoccupation with historical atrocity, where he encourages his audience to remember, or acknowledge, and inadvertently pays homage to its victims. Manigaud also affirms the enduring power of imagery and importance of visual documentation. It is most often the testament of photographic evidence - in this case Georges Azenstarck or Georges Ménager – that comes to define our lives and times, and Manigaud’s compelling drawings add profoundly to this visual history.

1 ‘When French police turned on Algerian protesters – and why it matters after Paris attacks’, Yasmine Ryan, Independent, 29.11.2015