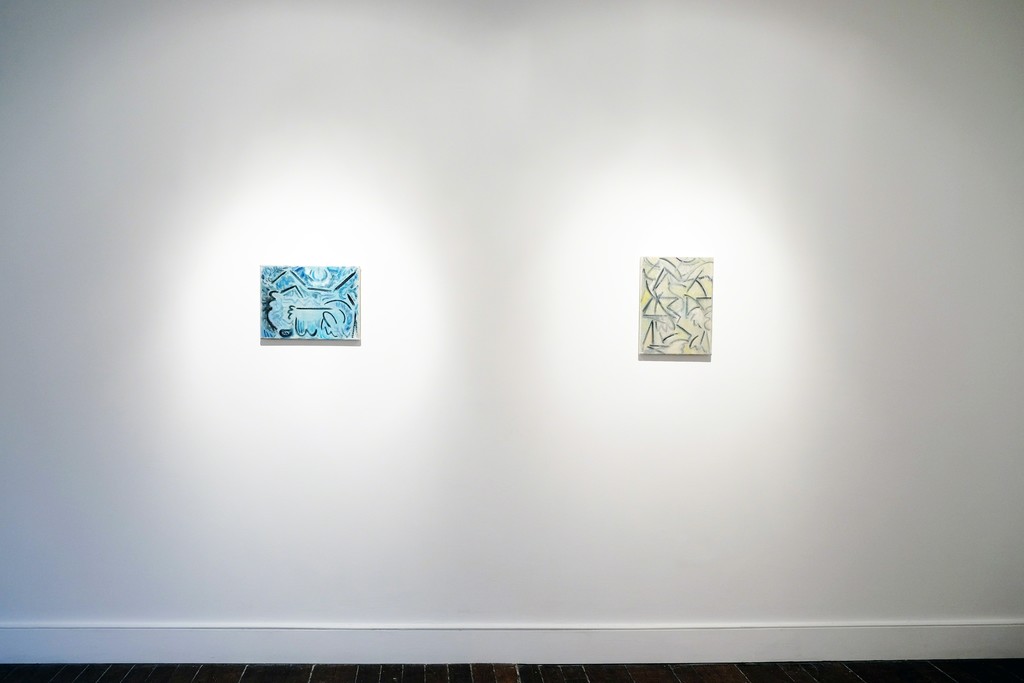 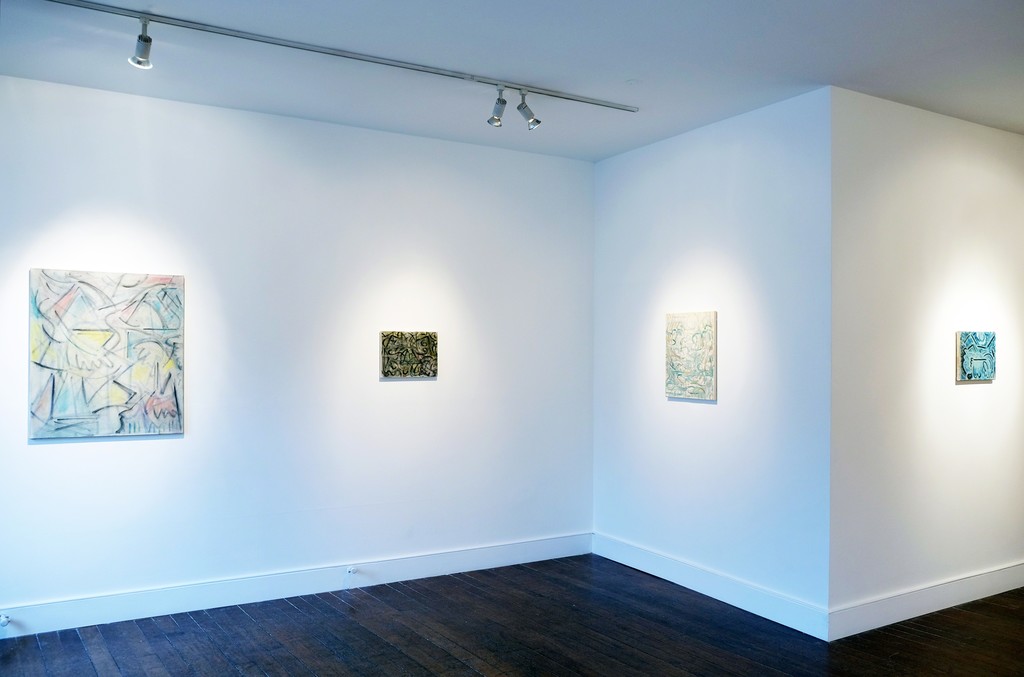 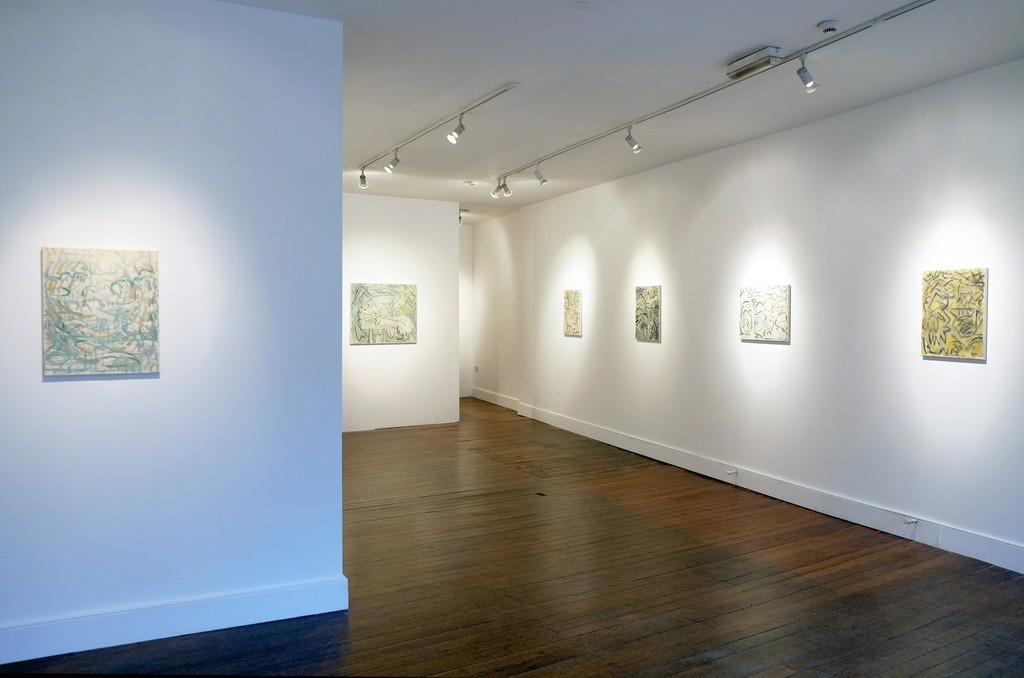 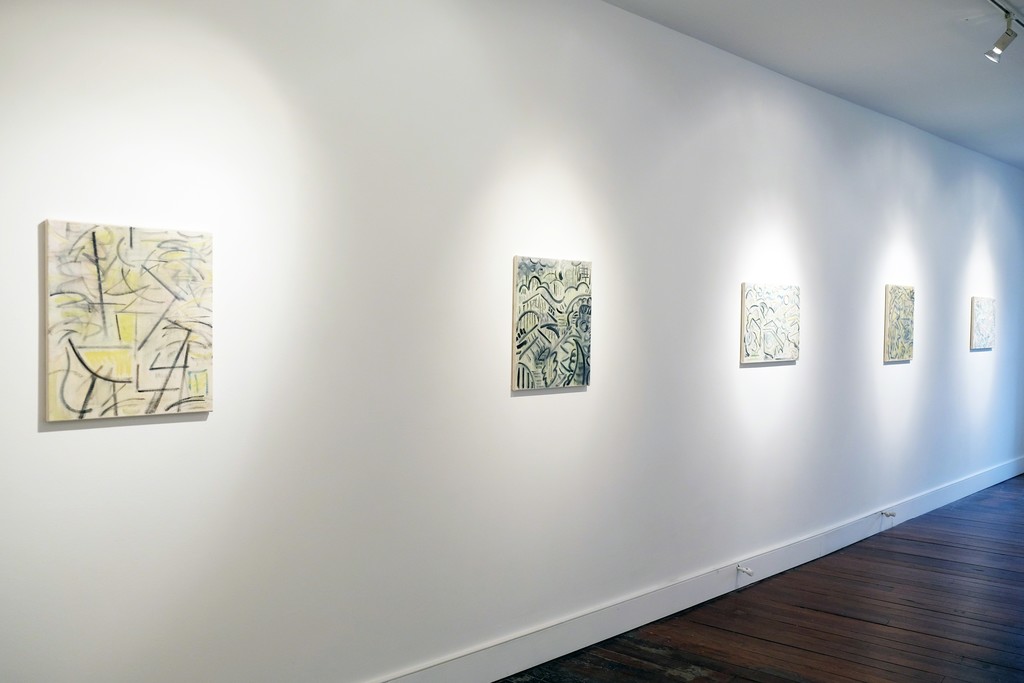 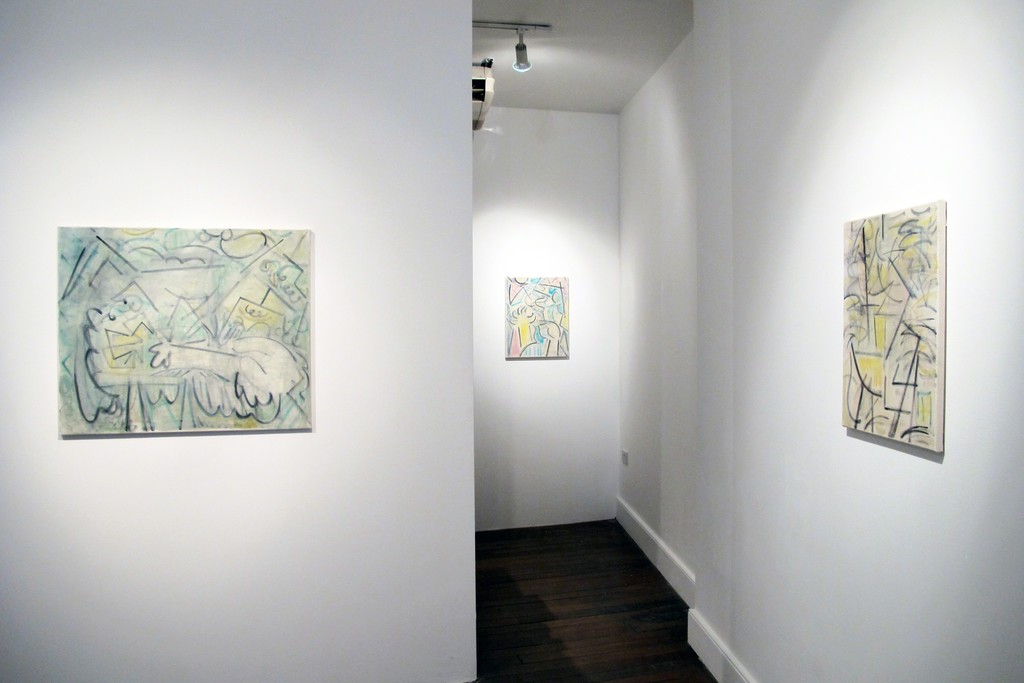 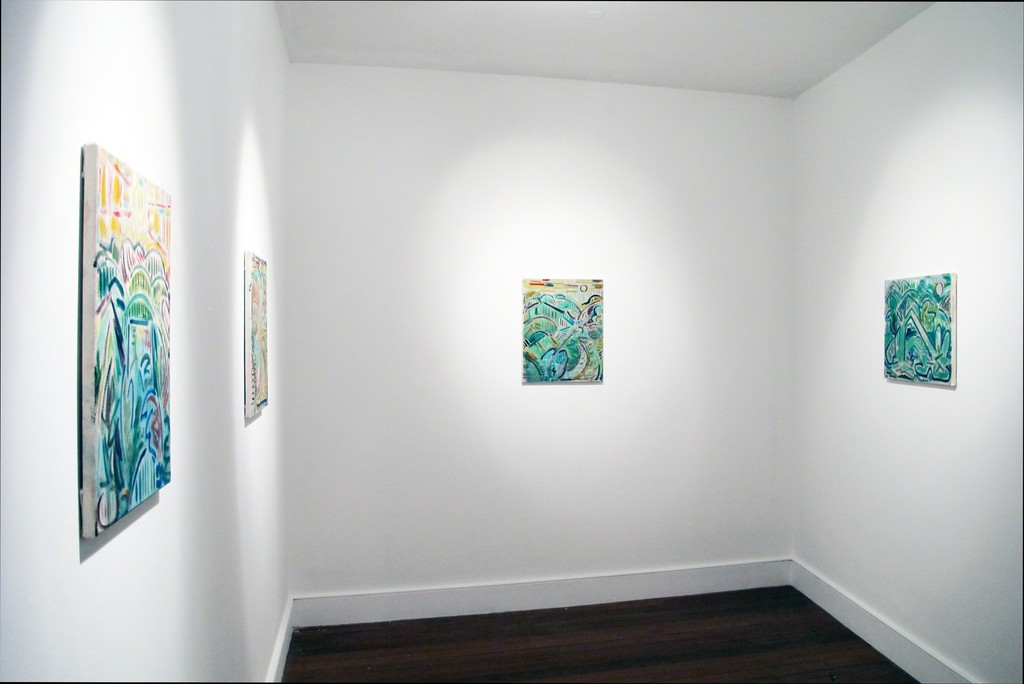 Bennett continues her exploration of making paintings about the practice of painting, and the actions and emotions that accompany the process. Beginning by making repetitive line drawings, and then repeating the process when making the paintings themselves, Bennett relentlessly seeks to hone her line and form in order to arrive at an essence. This distillation replicates the process of depiction to abstraction that was so well refined by early 20th century Modernism, which in turn referenced perceived notions about early non-Western art.

Bennett’s paintings contrast the Modernist dictum of objectification, however, in being highly personal abstractions (to varying degrees) of life in the studio or working en plein air in imagined landscapes. They might refer directly to artwork or artists that have influenced her, or with which she is preoccupied – Munch’s sun paintings being a prime example. From cave painting to postmodernism via Picasso, Matisse, de Kooning and Guston, Bennett’s reference points are broad, but are employed in a manner which can be unique only to her.

Singular formal elements are appropriated, or transcribed, and worked into an expansive composition. This is in combination with an emotional response to seeing and feeling the original work; making and digesting her own work; and re-imagining and depicting the process of making. And as a female artist working in a post-postmodern arena, Bennett is embracing, inhabiting and deconstructing the tradition of linear, white, male dominated Modernism.

“The work usually turns into conversations with other paintings by other painters. Painting for me is ultimately about creating structures within which I can try to paint in all the ways I want to and establish an ongoing dialogue with the history of art; the behemoth of art history to the present.”

This relationship is affirmative and autobiographical. Whether presenting us with a first or third person view, and therefore inviting us to at times be acting within the scene, and at other times to be observing the scene, there are always references to Bennett’s personal thoughts, feelings and experiences during making work: urgency; futility; meaning; humour; repetition; trance; mania; insomnia; obsession. Ultimately the painted plane becomes a threshold through which the artist and audience might access the history of mark making; shift identities; and touch upon the escapism, nostalgia and delusion that accompanies making paintings.