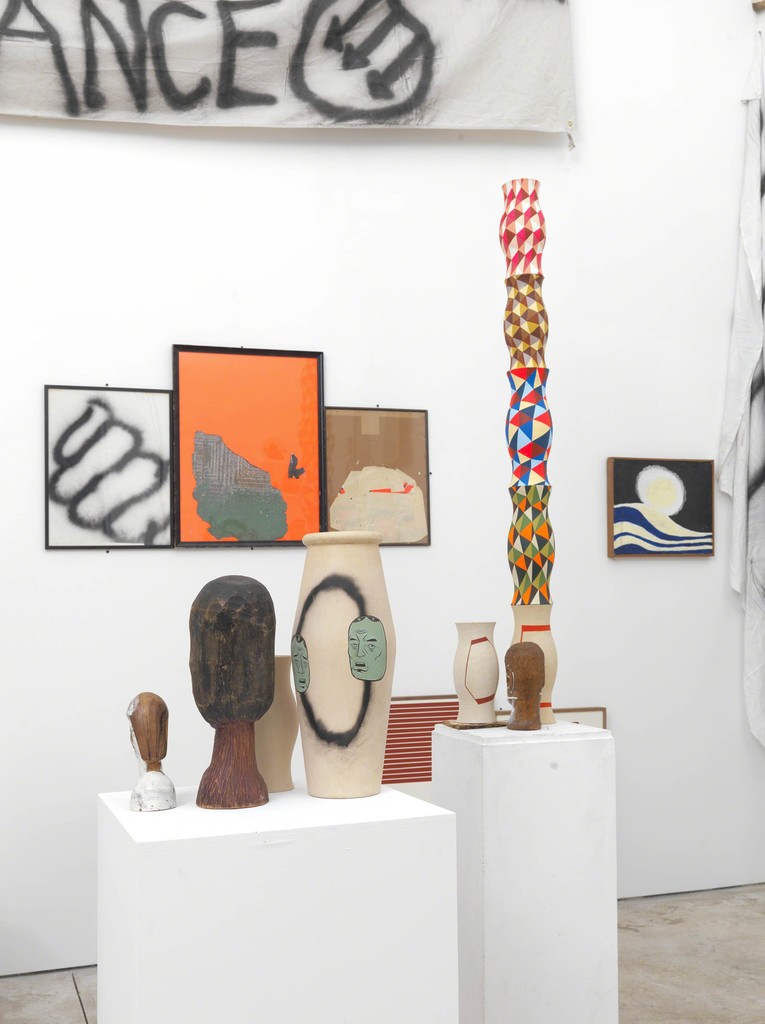 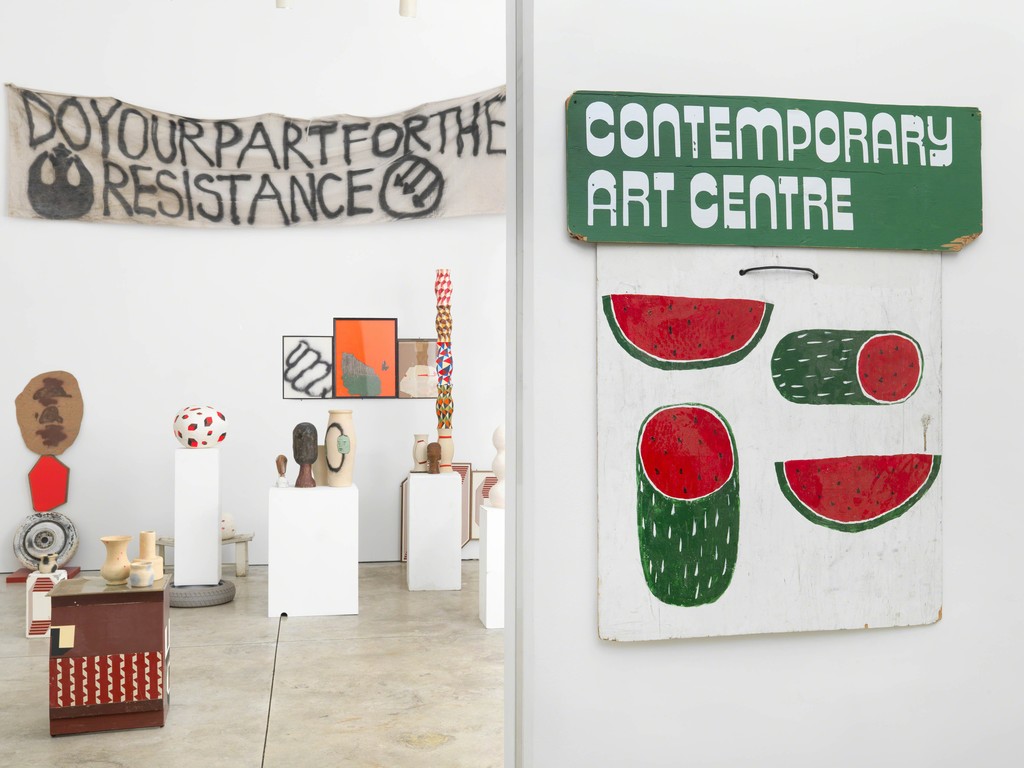 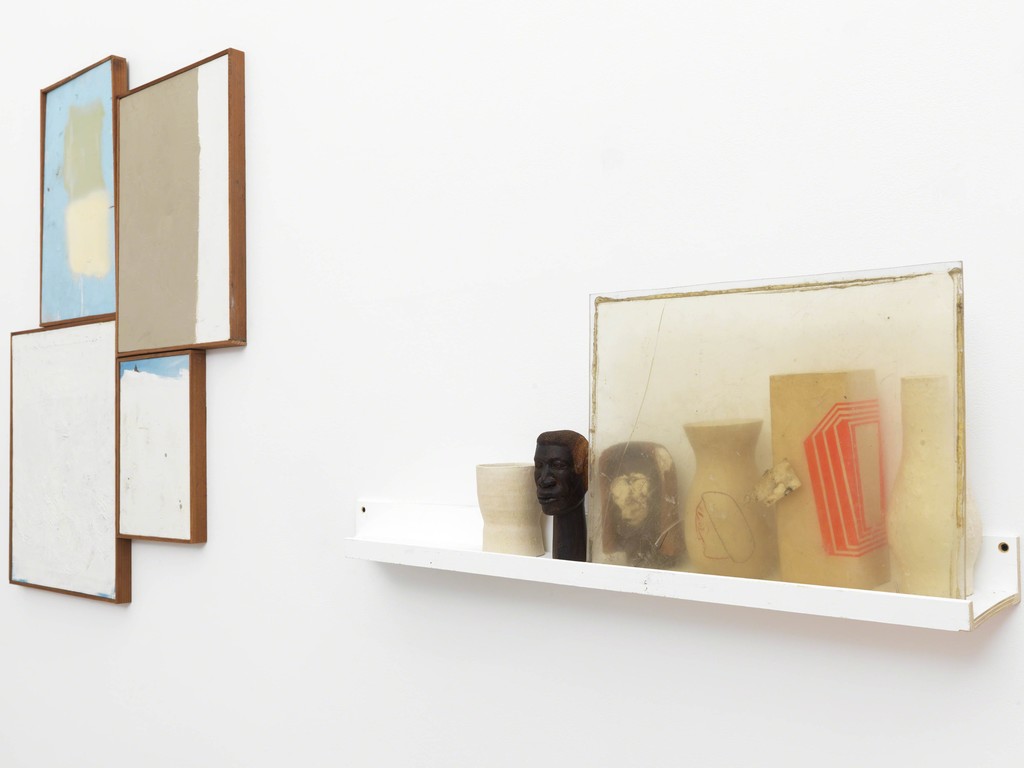 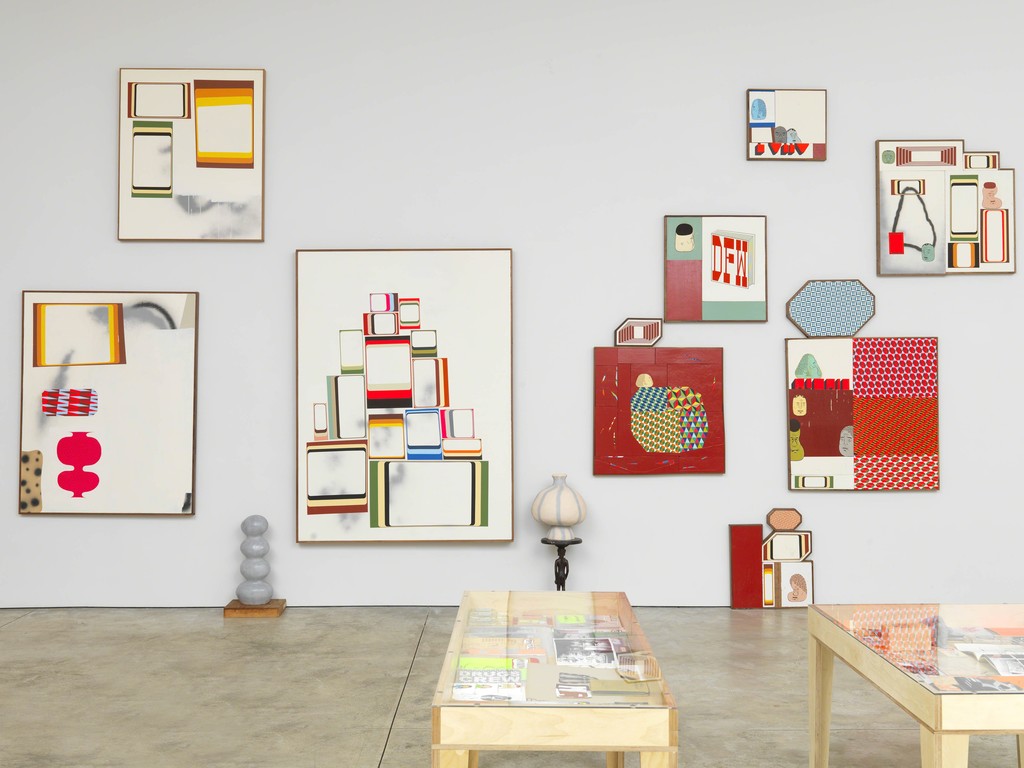 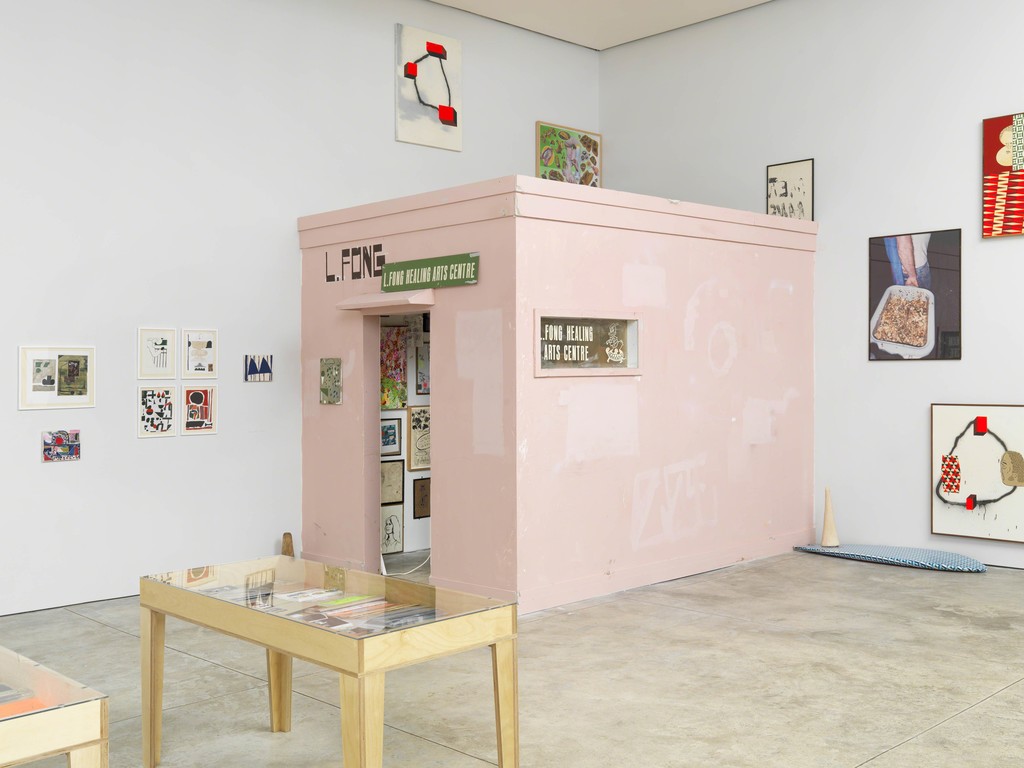 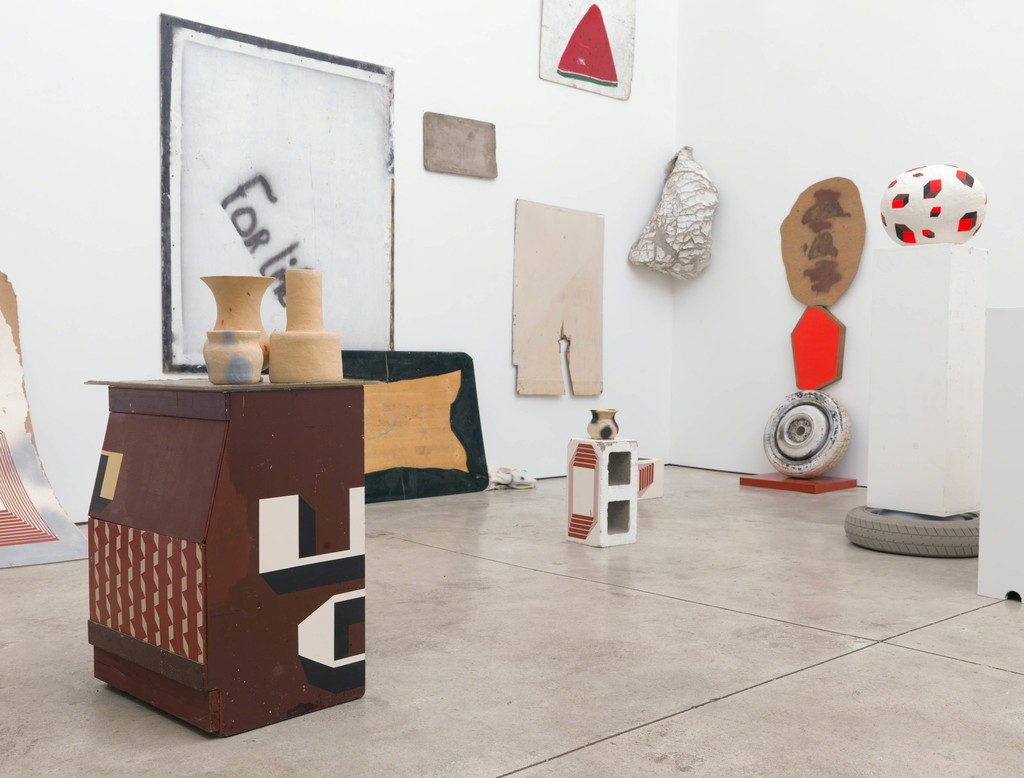 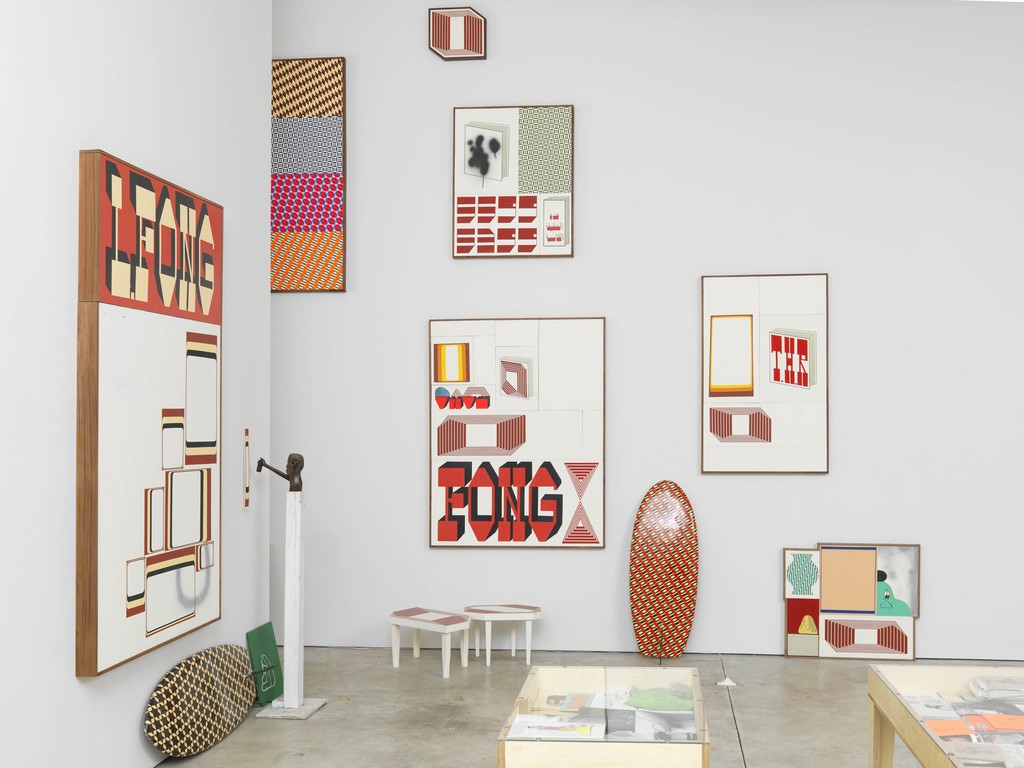 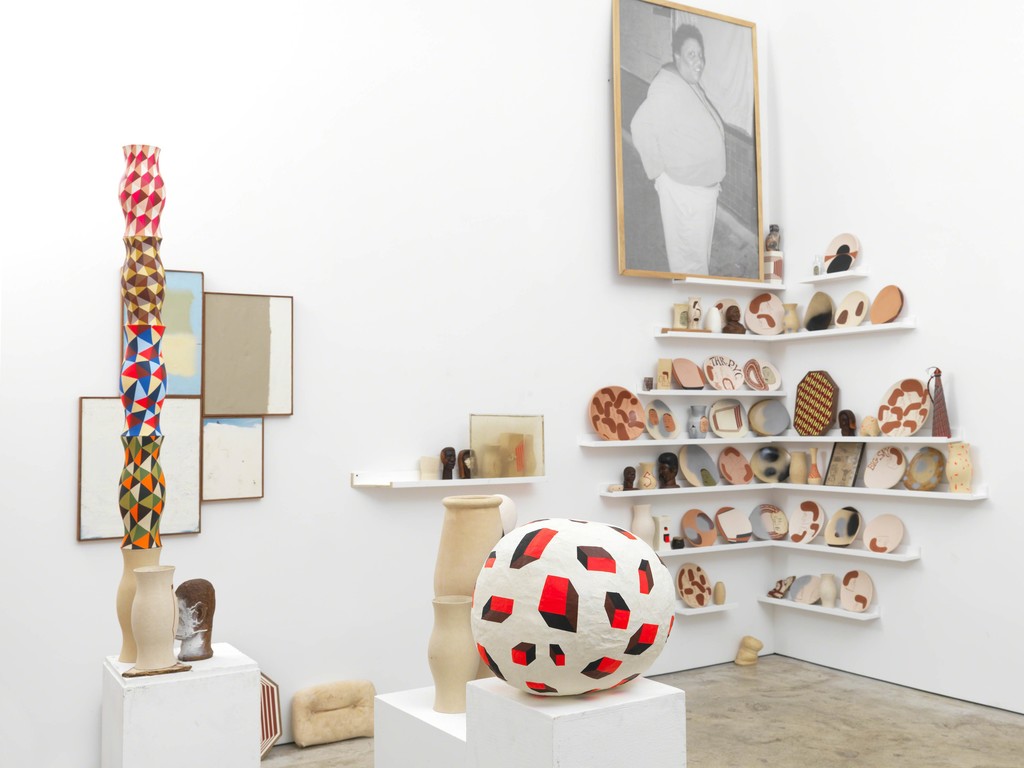 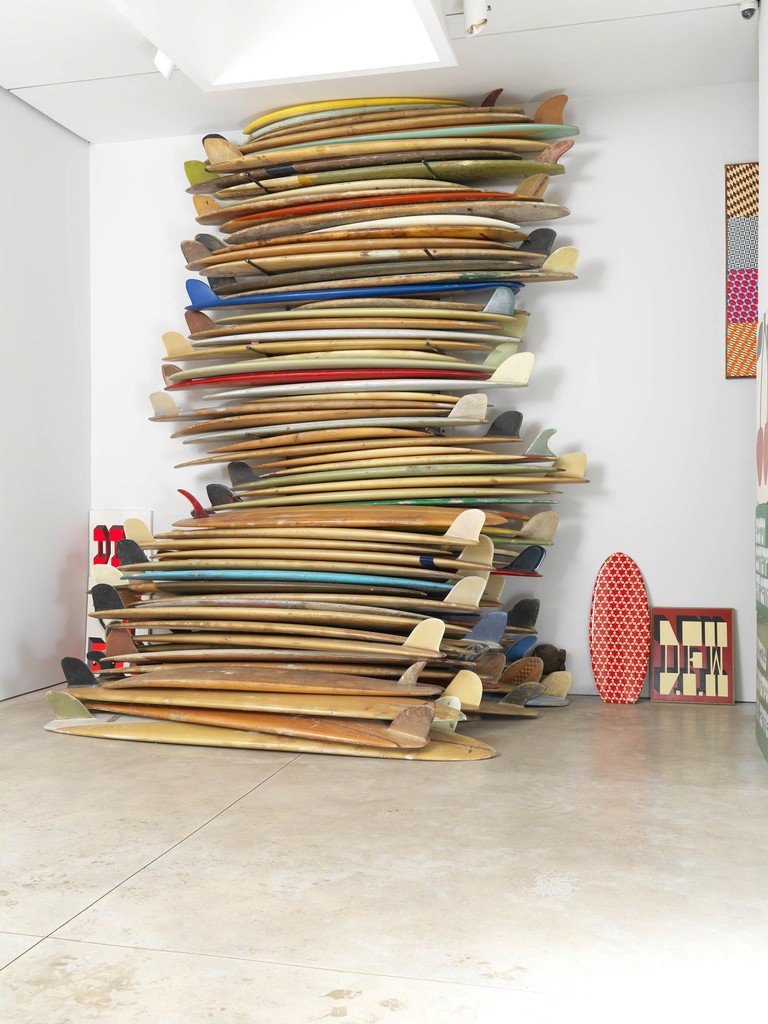 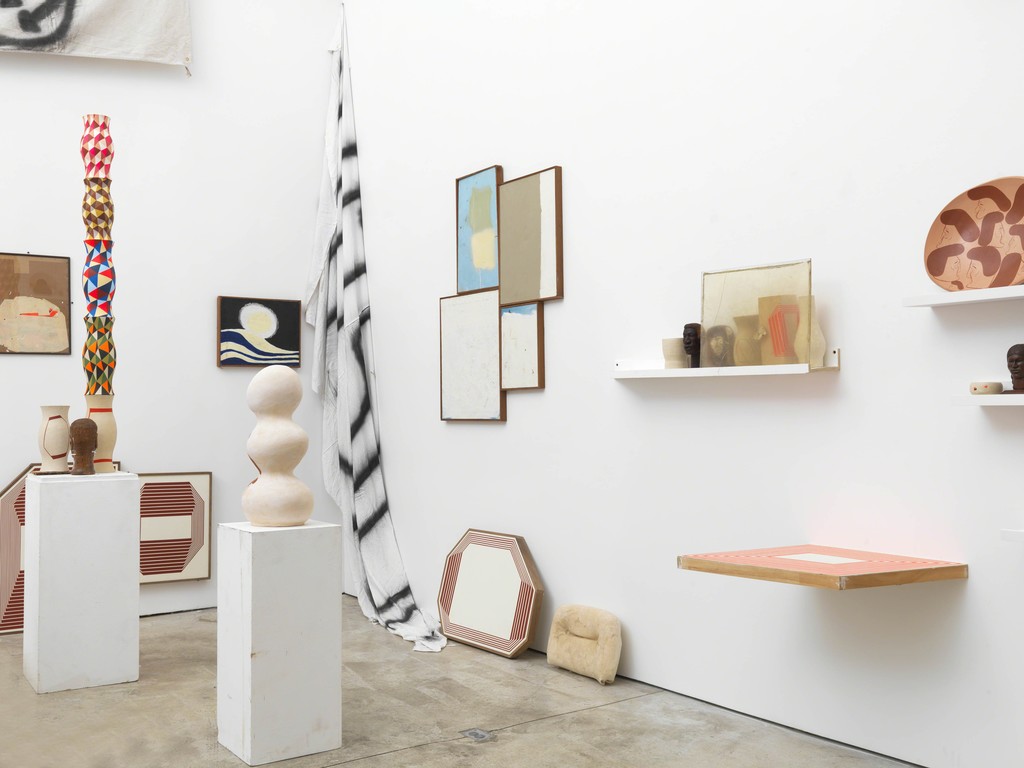 Cheim & Read is pleased to announce an exhibition of new work by Barry McGee, which will open on January 4, 2018, and run through February 17, accompanied by a catalogue with essay by Katya Tylevich. This is the artist’s second show with the gallery.

Barry McGee is an artist who takes uncertainty and unpredictability as guiding principles. His exhibitions are raucous, provocative mixes of painting, drawing, found objects, and sculpture that leap effortlessly from highly crafted studio works, often featuring geometric patterns or abject figurative motifs, to the commodities and detritus of consumer culture, including entire automobiles and shipping containers. He arranges his work into freely improvised installations that roam across the walls, floors, and ceilings of an exhibition space as well as its ancillary rooms, where it may or may not be seen. Occasionally a number of artworks will depart from the ensemble and hang as discrete objects on the wall, an occurrence that can be startling, even jarring, in its straightforward display of virtuosic technique.

For his new show at Cheim & Read, McGee will transport everything from his San Francisco studio that “resonates” for him, as he has described it. The installation will be assembled from such elements as ceramics; a stack of surfboards; a group of cluster paintings, but done, according to the artist, “in a desperate, more broken way.” His well-known empty liquor bottles, which are painted with portraits of their down-and-out former owners, may be included in the show, though hidden away as part of the artist’s program of incorporating unseen objects into an installation, where their energy is meant to be felt as a presence in the room.

A native of San Francisco, McGee studied painting and printmaking at the San Francisco Art Institute, graduating in 1991. He became a leading figure in the 1990s movement known as the Mission School, after the city’s celebrated Mission District. He has shown extensively, both nationally and internationally, with solo exhibitions at the Modern Art Museum of Fort Worth, Fort Worth, Texas; UCLA Hammer, Los Angeles; the Prada Foundation, Milan; the Walker Art Center, Minneapolis; the Rose Art Museum, Waltham, Massachusetts; the Butler Gallery, Kilkenny Castle, Ireland; the Watari Museum of Contemporary Art, Tokyo; and the Baltic Centre for Contemporary Art, Gateshead, England, among others. McGee’s work was included in the 2001 Venice Biennale, the 2008 Carnegie International, and the 2009–2010 Biennale de Lyon, France. His retrospective, Mid-Career Survey, opened in 2012 at the Berkeley Art Museum, Berkeley, California, and traveled to the Institute of Contemporary Art Boston, Boston, Massachusetts.