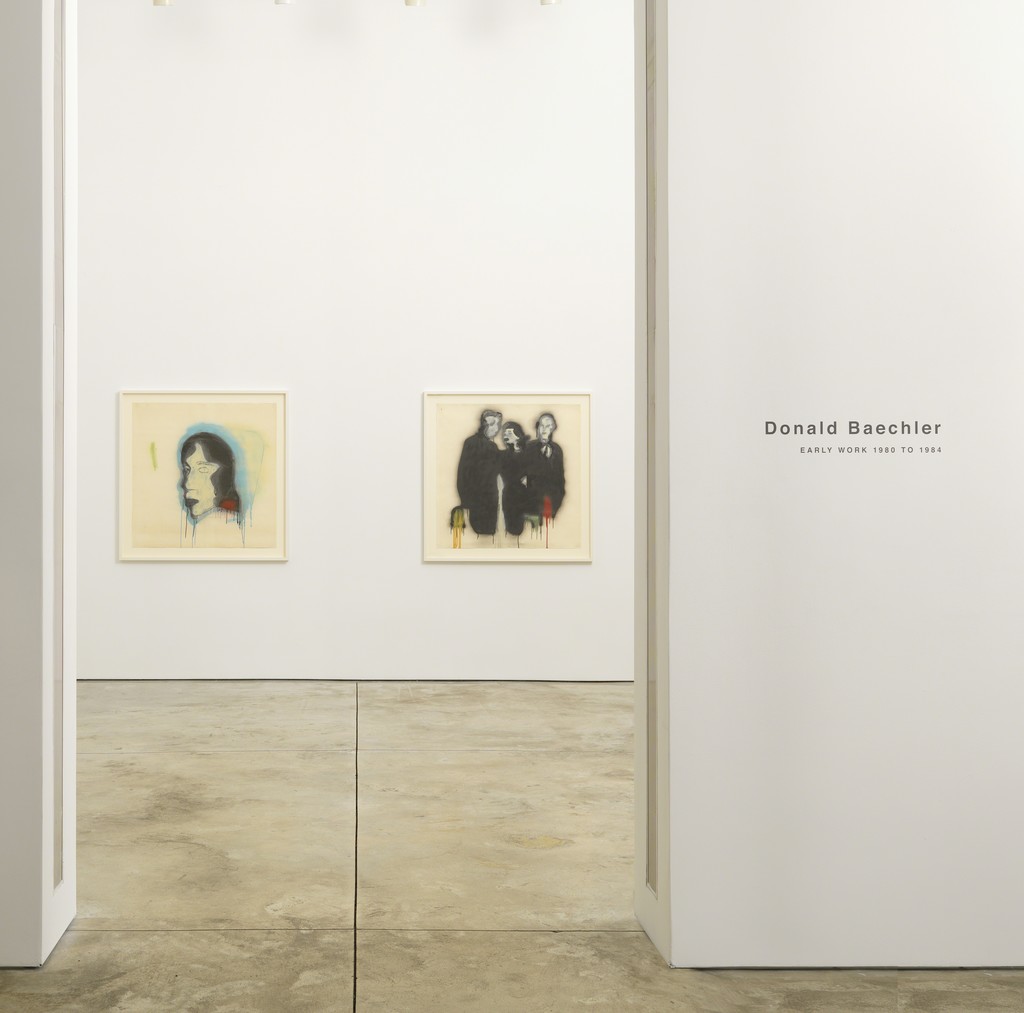 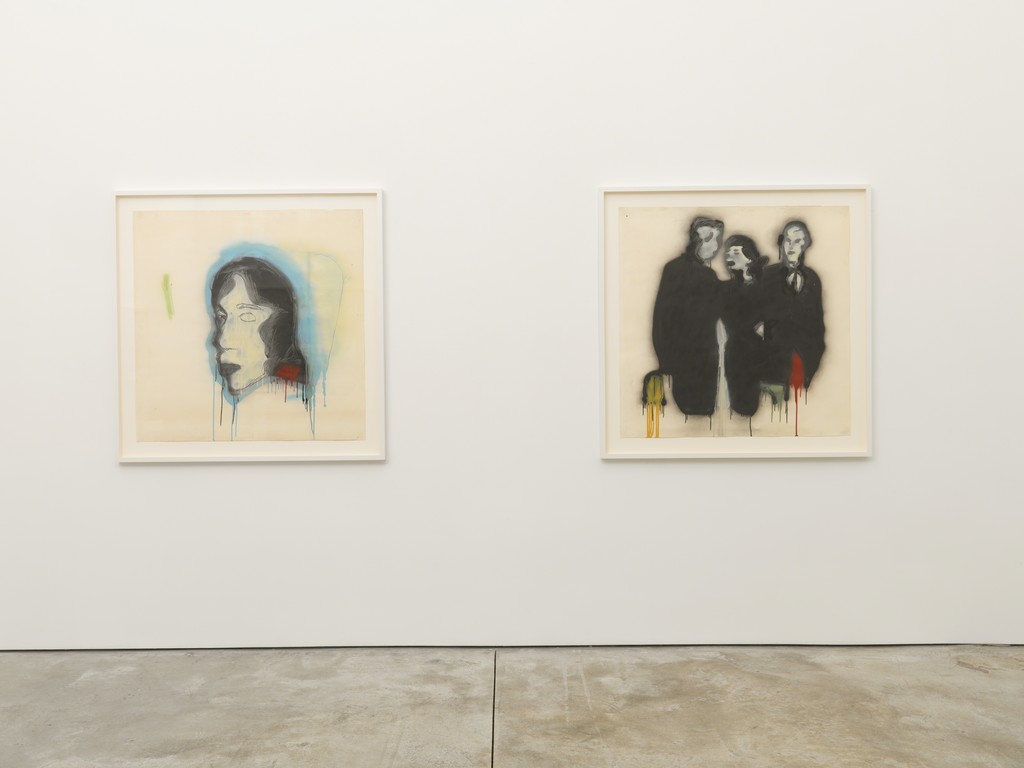 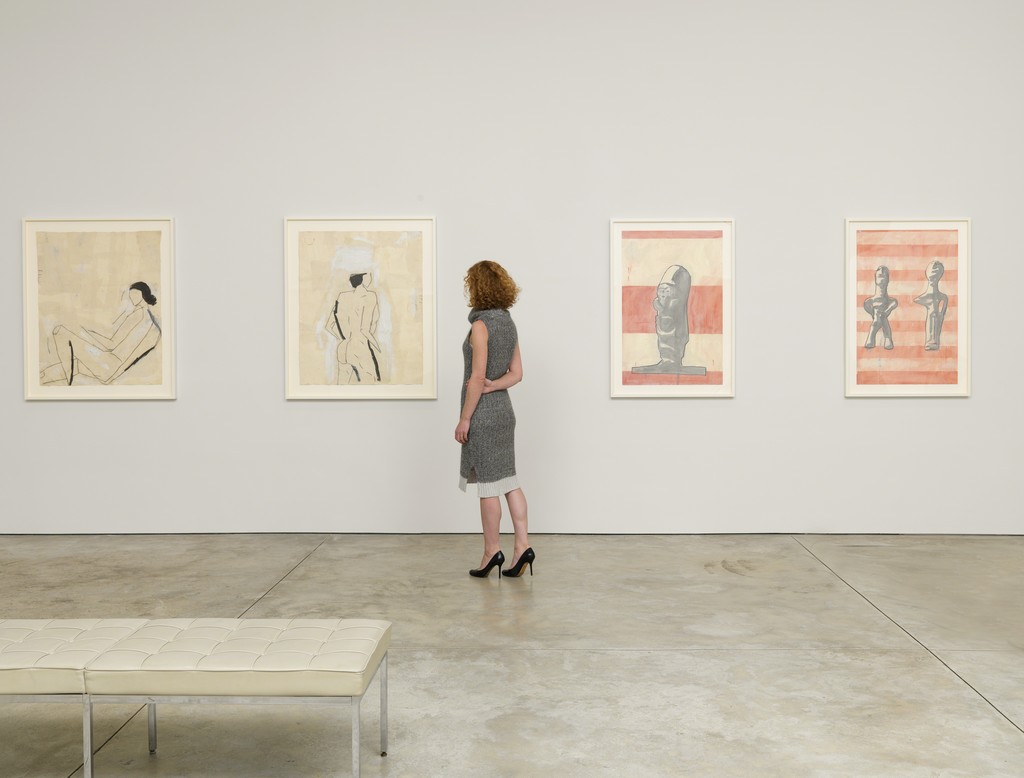 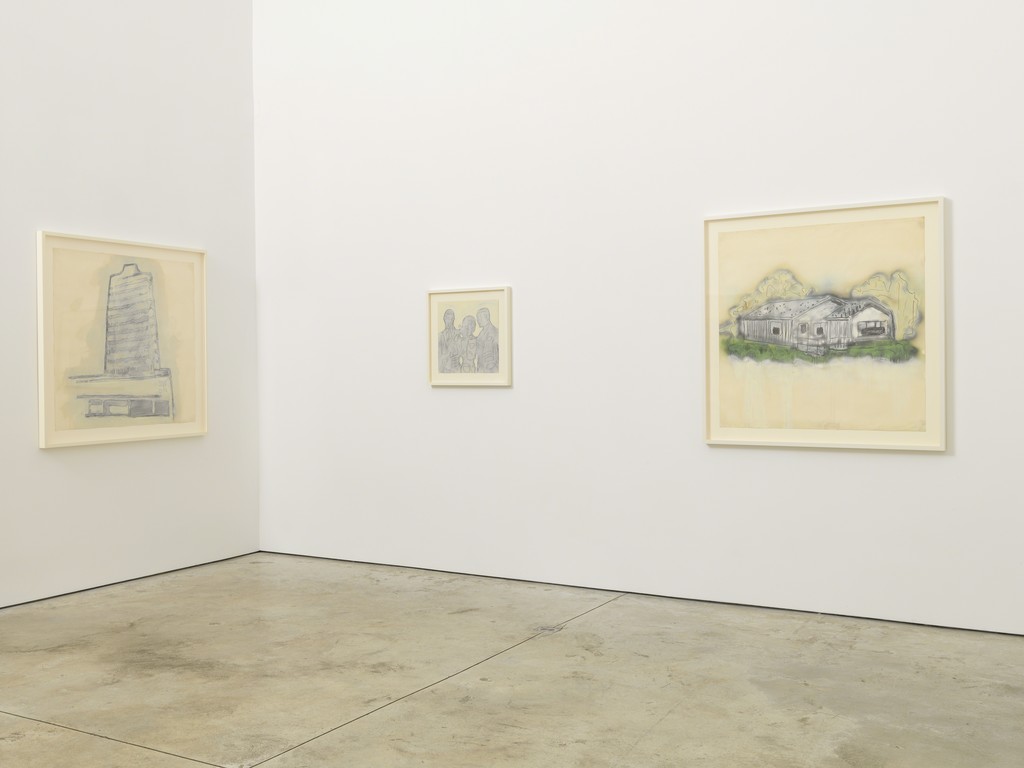 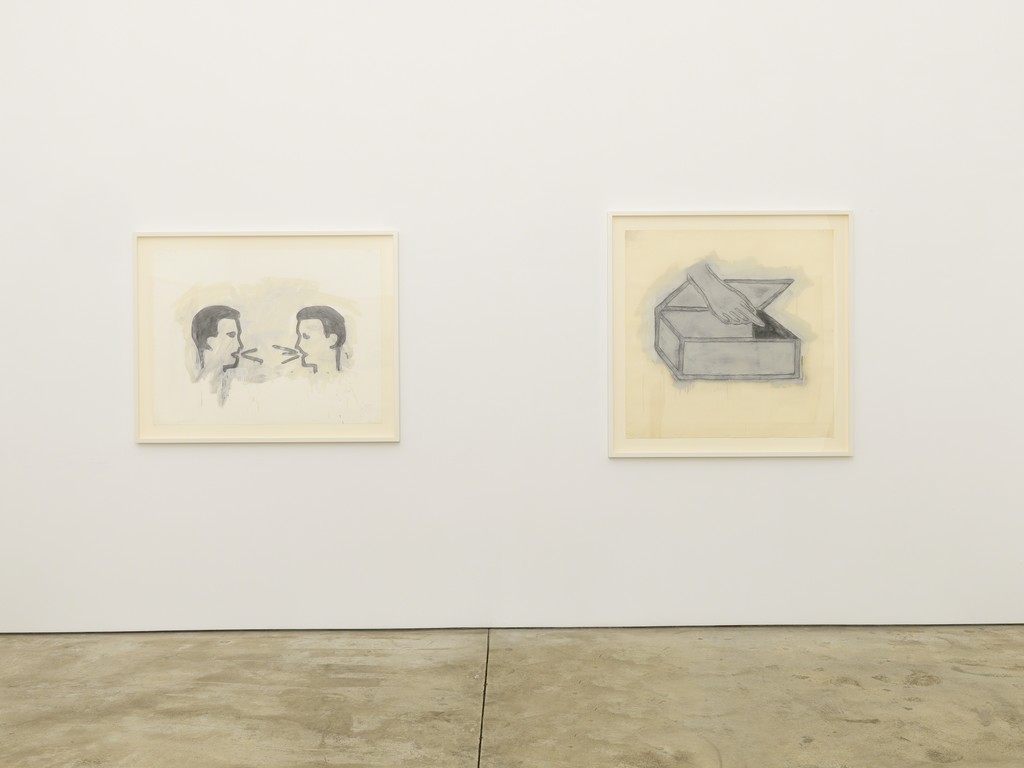 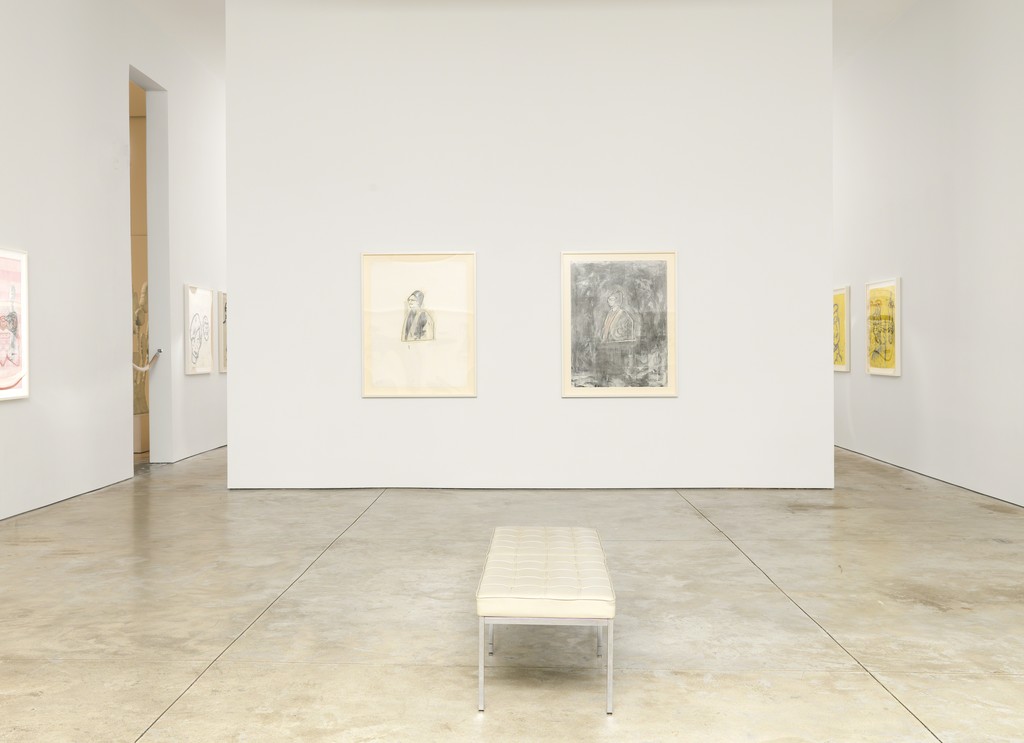 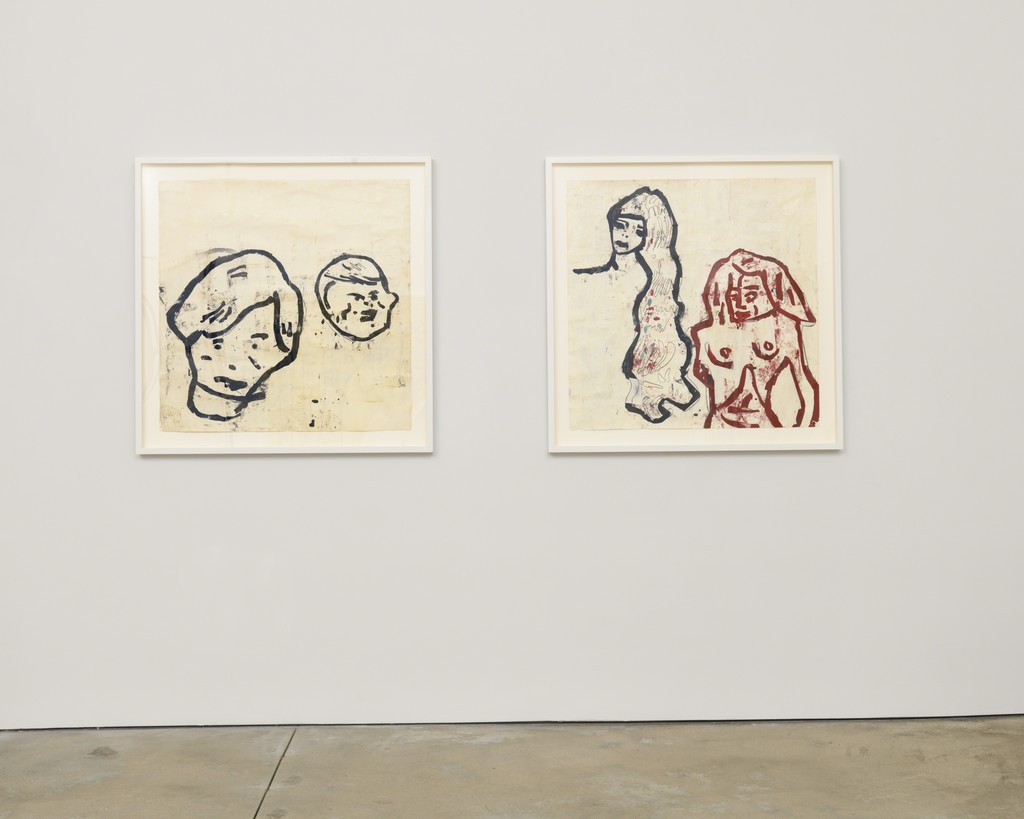 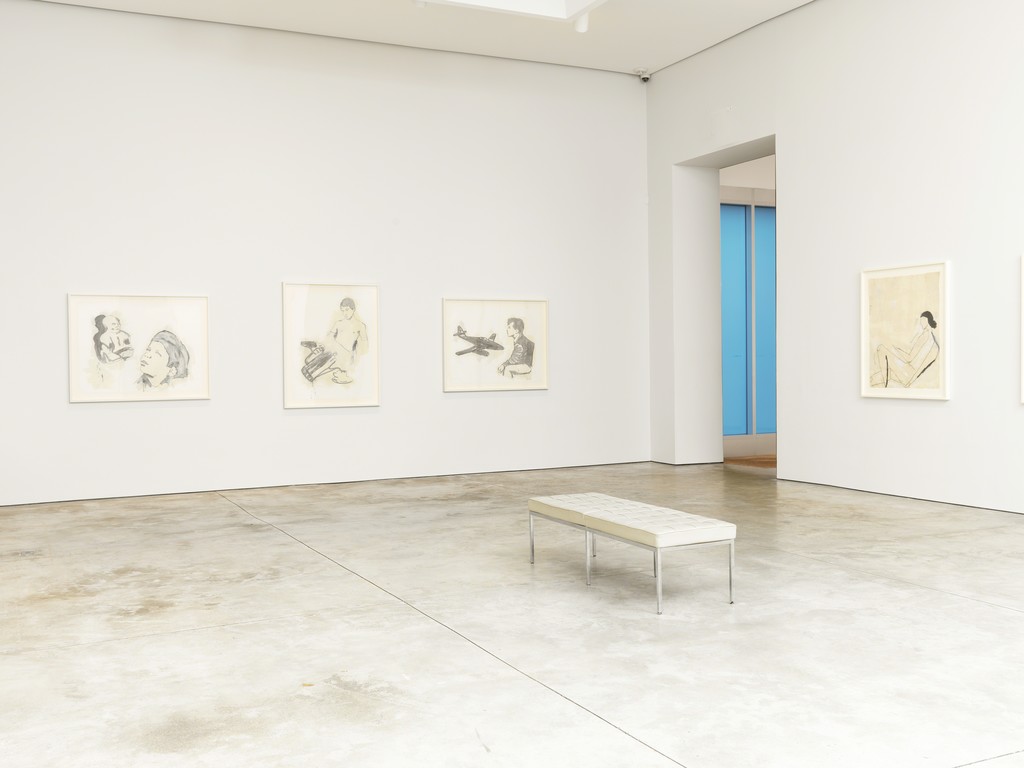 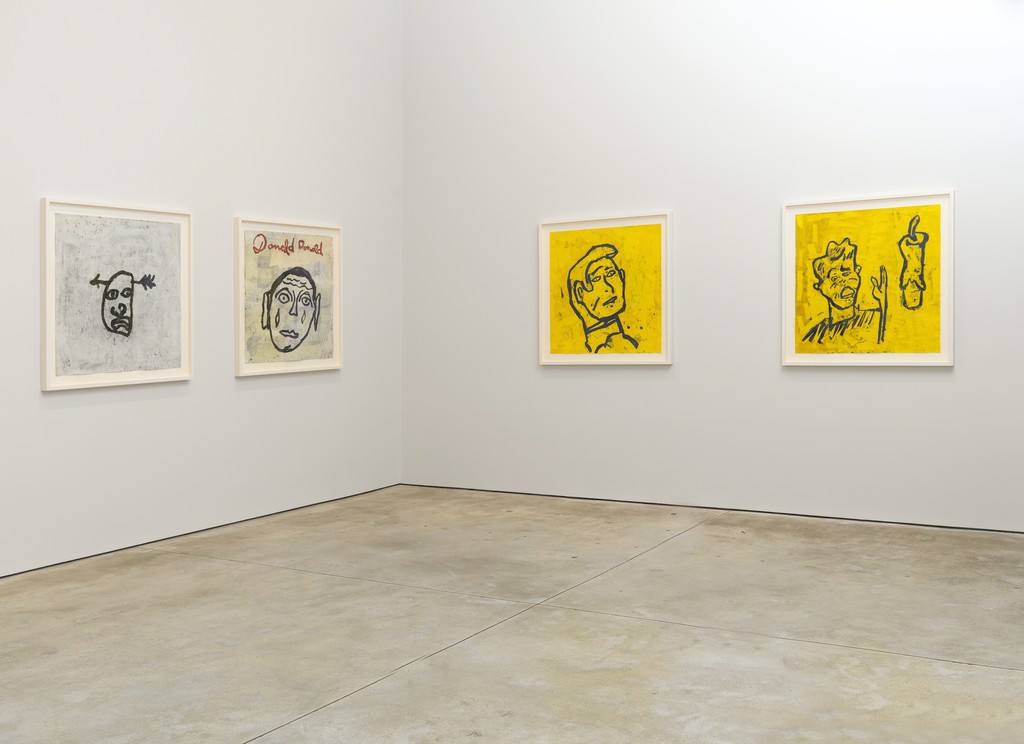 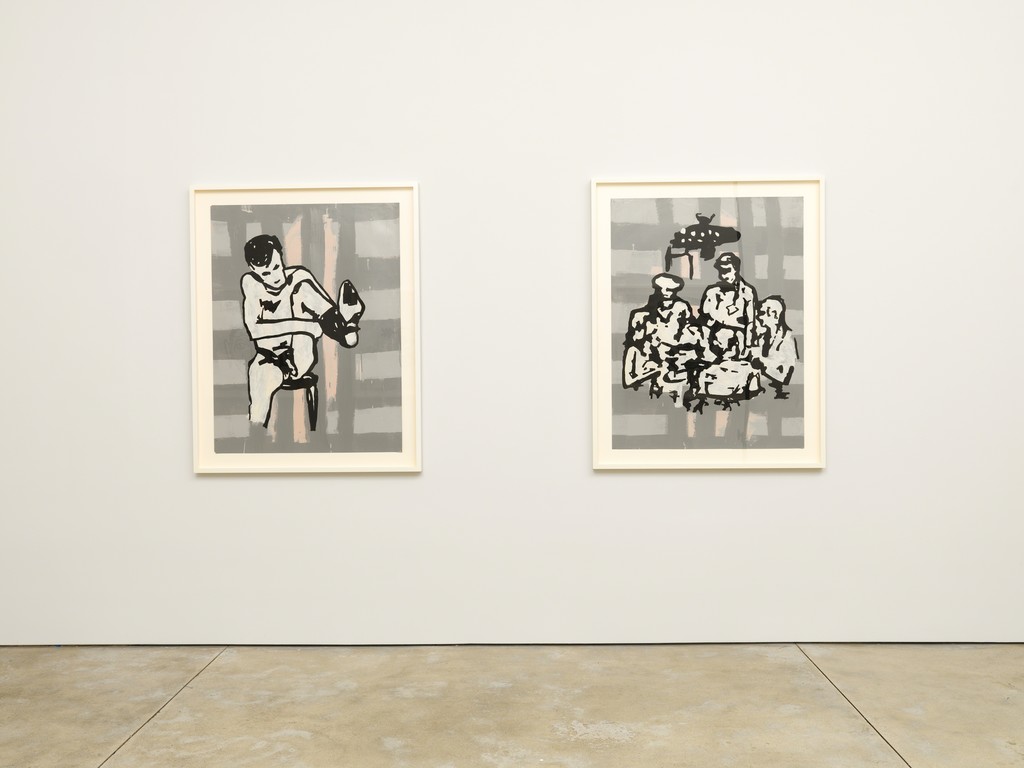 Cheim & Read is pleased to announce an exhibition of Donald Baechler’s early paintings and collages on paper. These works represent the genesis of the artist’s iconic vocabulary of symbols and techniques. The exhibition will be accompanied by a catalogue featuring an essay by David Rimanelli.

Between 1980 and 1984, when Baechler was still in his mid-20s, his work was the subject of six solo exhibitions. By the end of the ’80s, his bold, expressive paintings were regarded as some of the most influential of their time—integral to the dialogue between a new generation of New York painters that included Jean-Michel Basquiat, Keith Haring, and Julian Schnabel. The works currently on view at Cheim & Read embody this pivotal moment in Baechler’s career, when he developed a signature iconography and rose to international renown.

Baechler’s work is known for striking compositions that center big, buoyant, thickly outlined forms on layered surfaces, either built up with paint or dense with collage. His subjects are recognizable the world over—flowers, faces, houses, globes, and other familiar objects take center stage. Isolated and magnified on large-scale canvases, they become emblems for universal themes like identity, sexuality, community, and mortality. But they are also uniquely Baechler’s. There is no doubt, when standing in front of his canvases depicting a larger-than-life skull or flower, for instance, that they were built with Baechler’s hand and his ever-growing collection of imagery drawn from everyday life—“things I find on the street, or things drawn on toilet walls, or things drawn by someone I meet in a bar.”

Baechler began accumulating a trove of found images and his own spontaneous drawings in the late-1970s, when he was a student at Cooper Union, surrounded by the work of Pop artists and the burgeoning Neo-Expressionist circle; and in 1978-79 in Germany, when he worked alongside Neue Wilde practitioners like Jiri Georg Dokoupil and Martin Kippenberger. When he returned to New York in the early-’80s, he began making the paintings that would become synonymous with his name. Onto these canvases, Baechler siphoned selected imagery through his brush, which sloughed off unnecessary details and pared forms down to their symbolic, and often humorous, essence.

The works resurfaced in this presentation depict a cohort of subjects that have repeated, shapeshifted, and been reinvented across Baechler’s body of work. Nude figures and Iberian sculptures, buildings, sex toys, and a host of self-portraits iterate across the gallery in various states of solidity—some are ghostly combinations of line and erasure, others are embedded in roiled fields of layered, splattered paint. Several drawings of small houses are isolated from their surroundings, limned in black line, and float on creamy, cloud-like fields that might represent memories. Like the 1970s and ’80s works by Richard Artschwager and Robert Gober, they tap into suburban melancholy. Similarly, renderings of anonymous men and boys float in areas of off-white paint alongside images of teapots, airplanes, and classical sculptures—objects that represent everyday moments, deeply lodged memories, and lofty dreams alike.

They all illustrate Baechler’s interest in—and mastery of—the relationship between personal and universal iconography, painterly gesture and graphic line, foreground and background. In these early pieces, as in all of Baechler’s works, intentioned lines, when filled with accessible content and executed atop rich palimpsests of imagery, become powerful symbols for the absurdity, humor, and sadness that rims everyday life.
Donald Baechler was born in Hartford, Connecticut in 1956 and currently lives and works in New York City. His work has been exhibited and collected internationally; recent museum shows include “Donald Baechler: Painting & Sculpture” at Fisher Landau Center for Art, New York, in 2011, and “XL + XS” at the Museo Arte Contemporanea Isernia, Italy, in 2009. Other recent international exhibitions include shows in Italy (in Trento, Vermiglio and Torino), as well as in Spain, Sweden and Austria. Cheim & Read has represented Baechler since 1999.