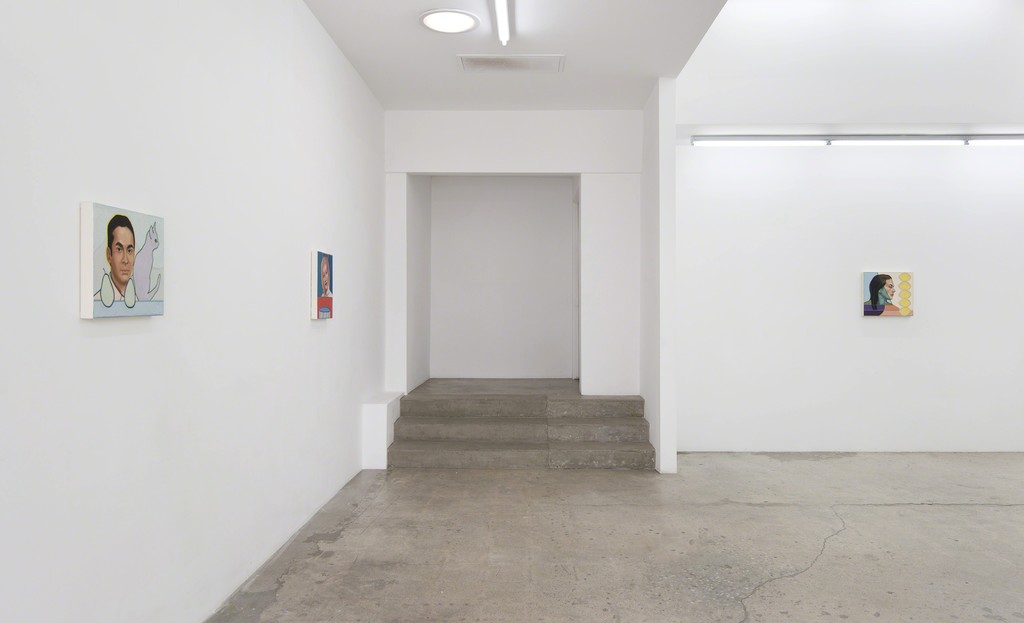 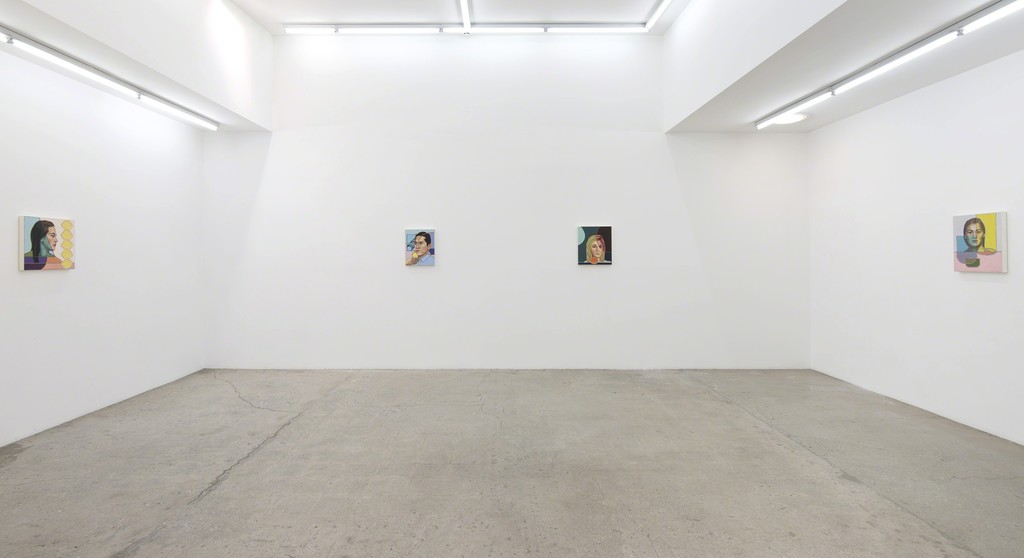 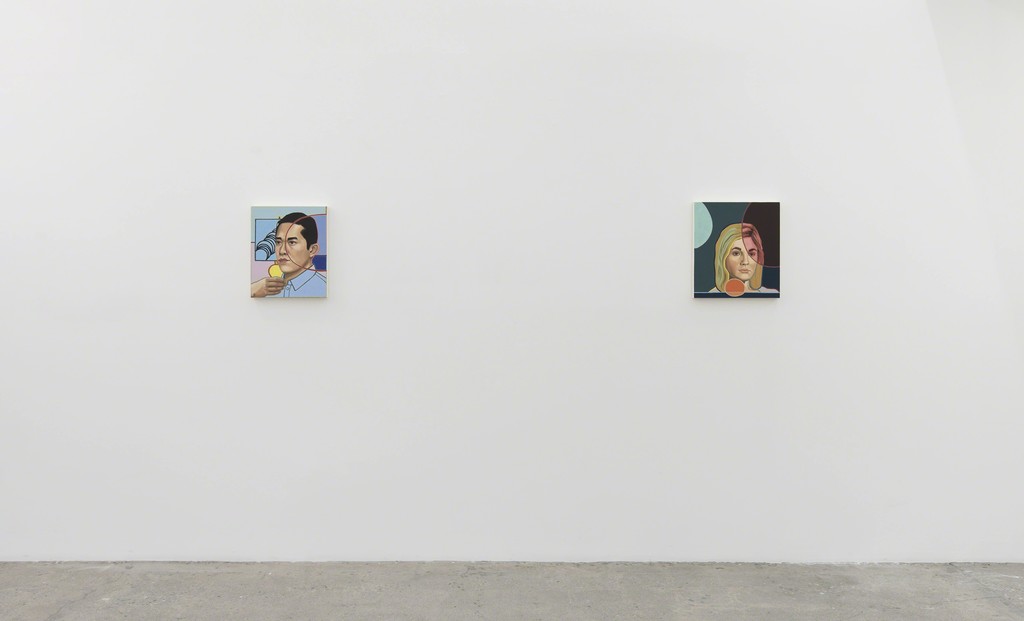 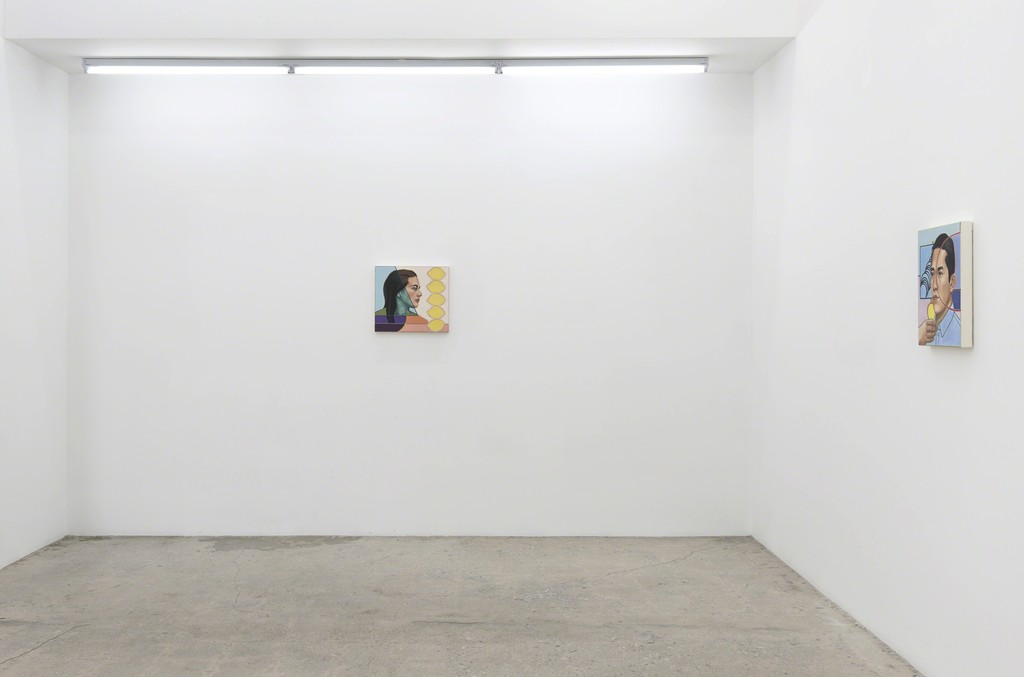 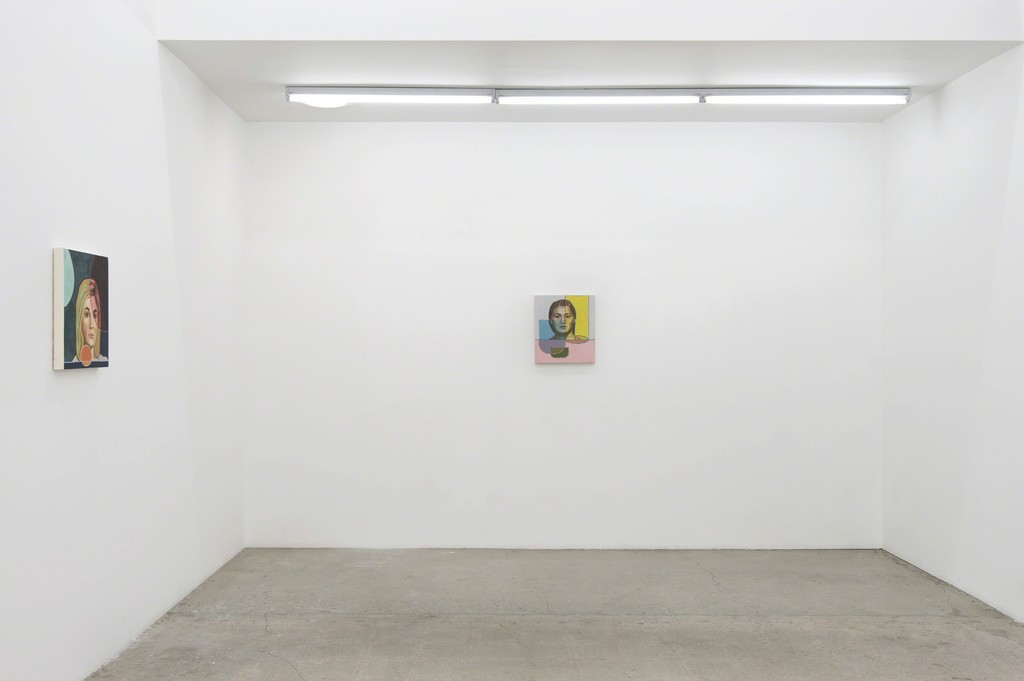 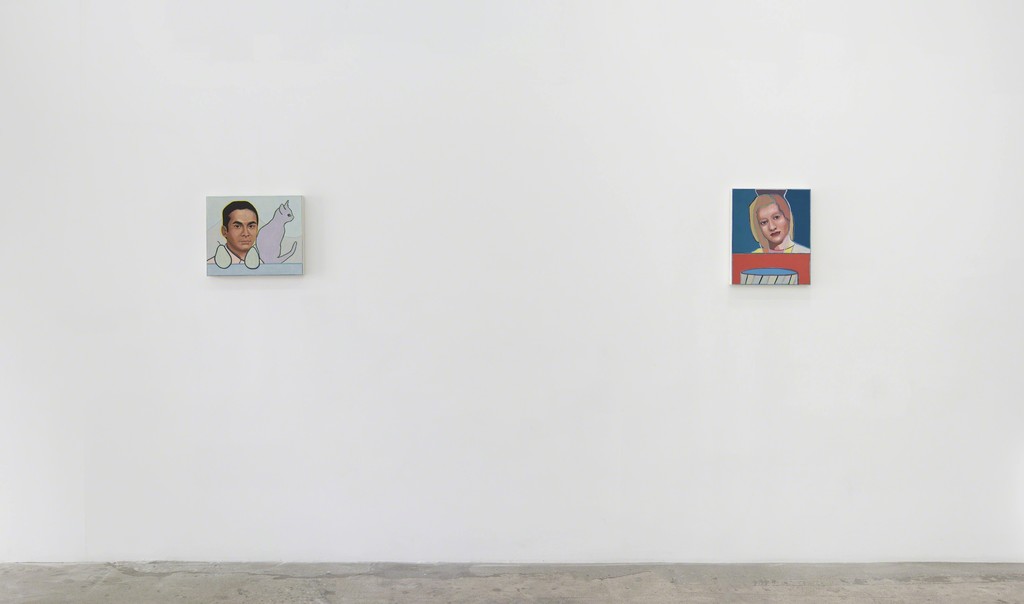 Opening reception: Saturday, May 9, 6-8 pmCherry and Martin is pleased to present an exhibition of Holly Coulis’s small-scale oil on linen paintings.

In her new body of work, Holly Coulis investigates the formal structure and meanings built into still life painting—long a jumping off point for both formalist exploration and philosophical reflection. The specific placement of each object in the painting of a still life master—think Edouard Manet or Juan Sanchez Cotán—activates each area of the visual field. Items in the foreground or background create a feeling of pictorial space. They activate the ‘push-pull’ taught so fervently by the German master Hans Hoffman in the 1950s. In her paintings, Coulis reduces the foreground and background to articulated swaths of color; upon these color swaths, she inserts additional color fields, objects, and detailed portraits of heartfelt individuals, both male and female. The line work in her paintings serves as a place to explore color and create tension. The result is a painting that is visually ‘anchored’ in some points, and ‘floating’ in others.

This anchored yet disjointed effect reminds us of the Symbolist, Dada and ultimately Surrealist feeling that has long run through Coulis’s work. Holly Coulis’s choice of still life painting for these small works makes sense, as still life paintings have, since establishing themselves as a genre in the 16th century, traditionally served as a vehicle by which to reflect on the loves and losses of life, as well as the ultimate mystery of death—the counterpoint to our time here on Earth. These sorts of concerns were a source of obsession for Modernists like the Surrealists, who, faced with the new realities of urbanization, new technologies and mass communication, used the upending of traditional forms and meanings to assert new possibilities for life and philosophy. Holly Coulis’s pictures—with their simple still life objects, fields of color and images of people—do not demand or advocate a specific answer to life’s questions; instead, they reflect on life’s open ended nature, suggesting interconnectivity through visual reading and exploration. Intriguingly, while they use an age old genre—the still life—Coulis’s paintings do not look back to the past, per se. In fact, they seem as if images from a far off future—almost ‘space age’—in their appearance, suggesting almost as much about what lies ahead of us as what we have experienced in days gone by. They remind us not only of painting’s visual methods, but also of its most basic philosophical question, as inscribed by another Modernist master, Paul Gauguin, on the surface of one of his most famous works, “Where Do We Come From? What Are We? Where Are We Going?”

This is Coulis’s fourth exhibition at the gallery. In addition to her exhibitions at Cherry and Martin, Coulis has had recent solo and group exhibitions at Sardine (Brooklyn, NY); The Bruce High Quality Foundation (New York, NY); Sargent’s Daughters (New York, NY); Mass Art (Boston, MA); Susanne Hilberry Gallery (Detroit, MI) and University of Georgia (Athens, GA). Her work has been reviewed in Artforum, Art in America, Los Angeles Times, The New York Times and other publications. Holly Coulis lives and works in New York.