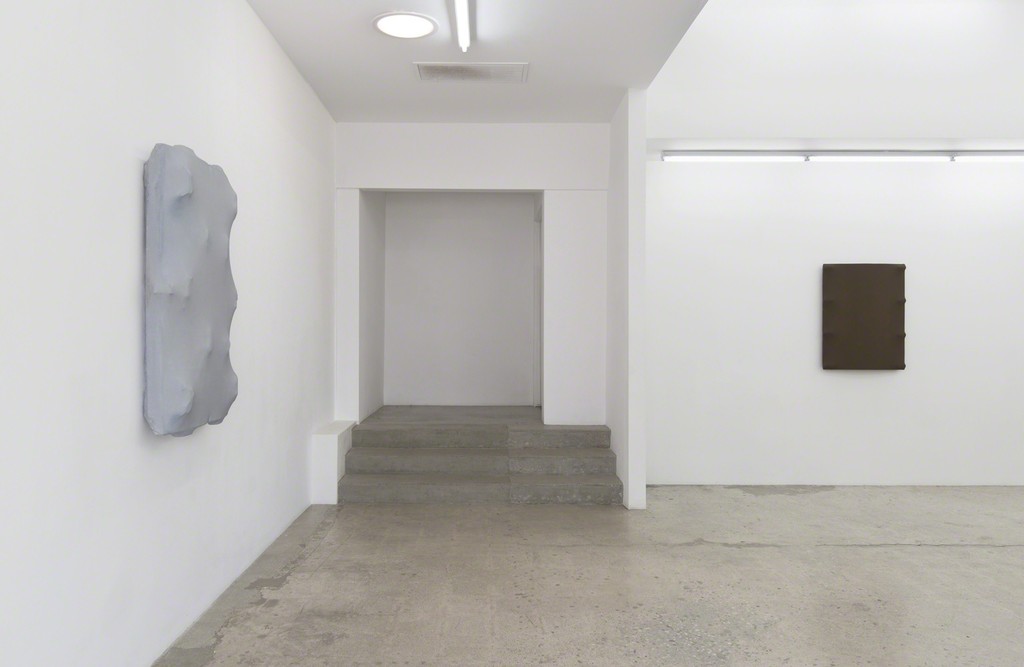 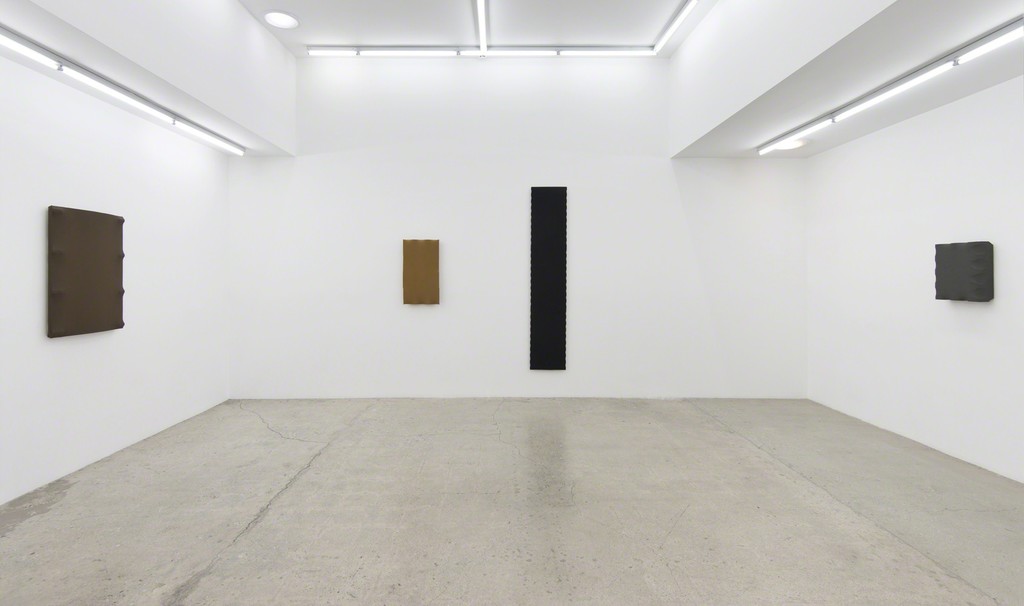 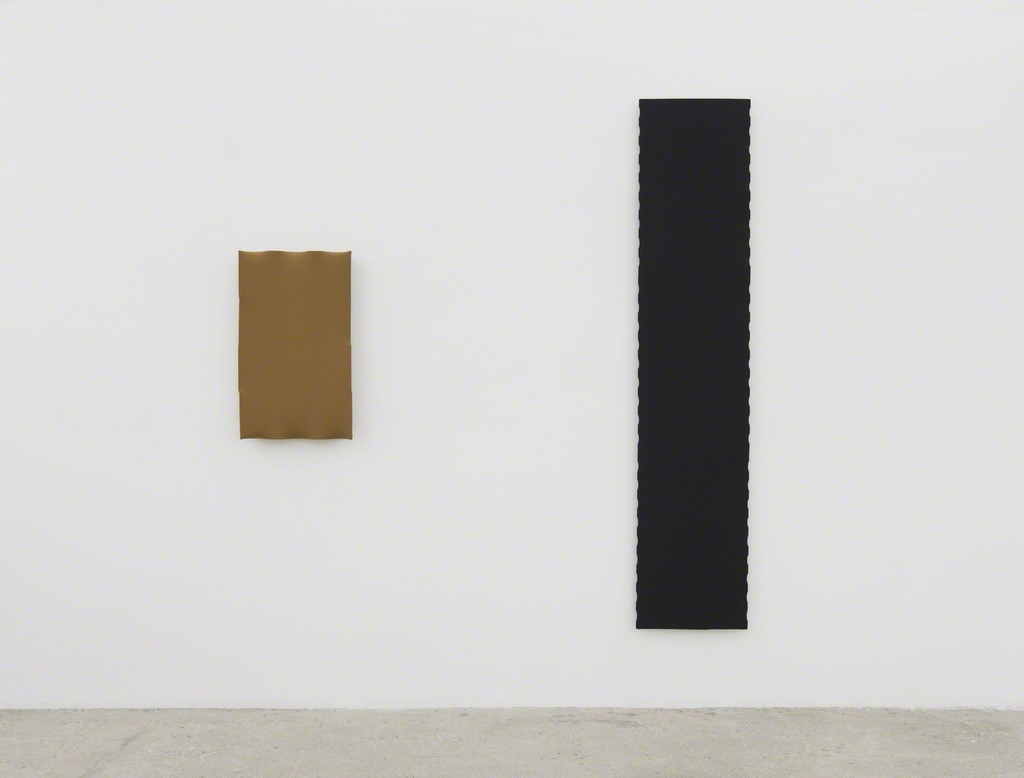 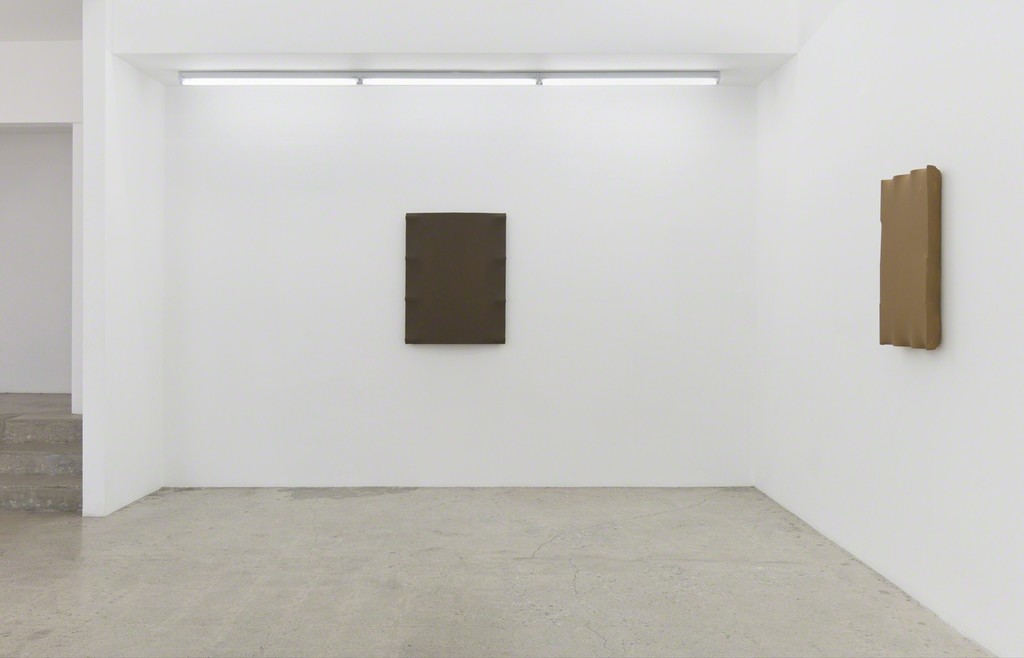 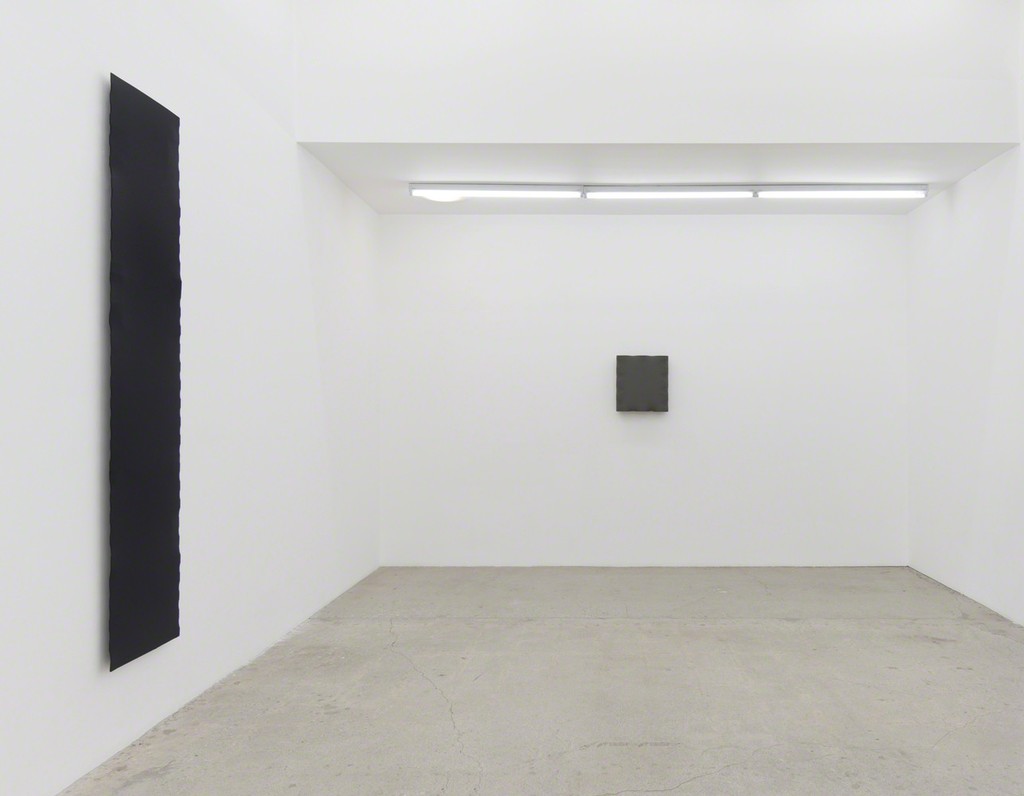 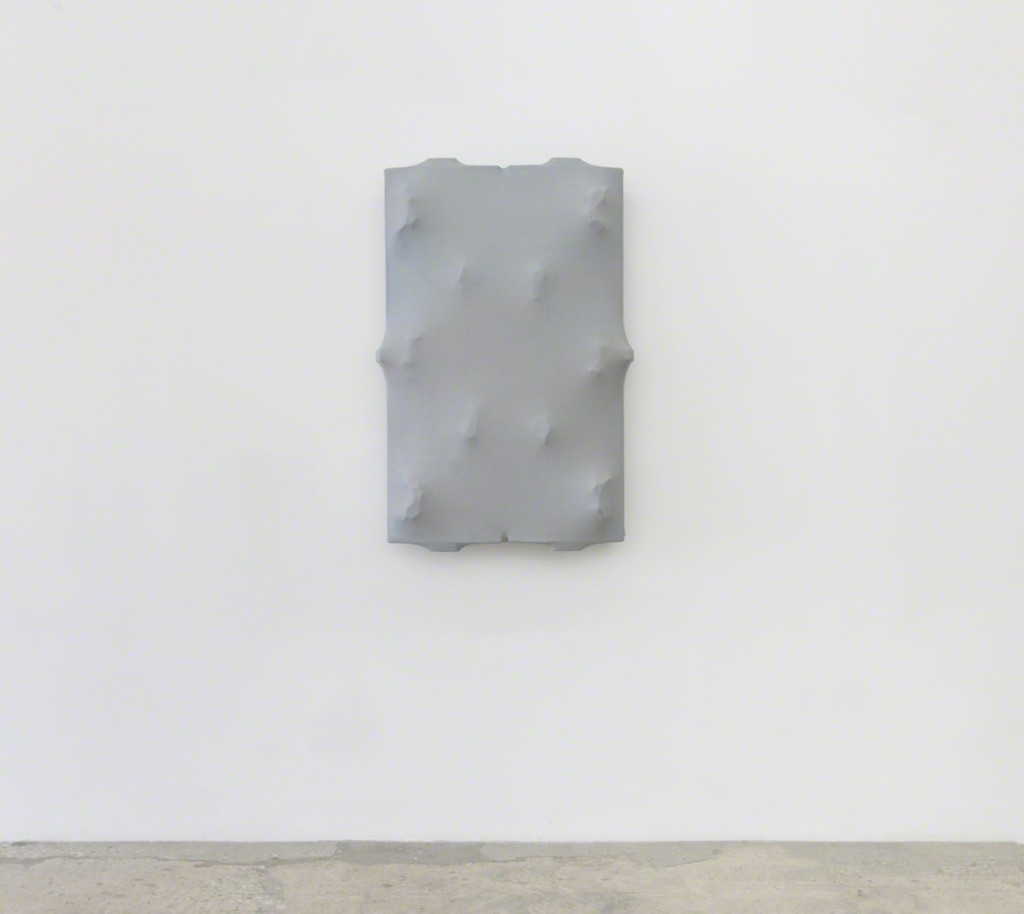 Cherry and Martin is pleased to present a solo project focused on Jennifer Boysen’s sculptural paintings of egg tempera on stretched canvas.

Boysen's monochromatic works straddle the line between painting and sculpture. One is never quite able to pinpoint within which camp they fit. A small, tightly composed painting with rounded edges and inverted ridges painted in a deep magnesium seemingly hovers in space as a self-contained totem. Inky grey pigments are rolled on the stretched canvas of another alien form with various knobs and bumps, but the effect is atmospheric and ethereal. Our experience with her work is sensorial and optical: we immediately feel their presence, and while there is an irregularity to her forms, they are also strangely familiar. As viewers, we relate to the works in the same way we often relate to architecture and space, i.e., with a bodily rather than intellectual awareness. A particular angle, protrusion or shape pushes towards us against tightly stretched canvas, allowing us a concealed glimpse of what might live beneath her pregnant forms.

Boysen constructs these pieces in various ways, using found objects or engineering elaborate stretchers that conceal the skeletal inner-workings of each piece from plain sight. Her matte egg tempera pigments absorb any light that would typically reflect on a painted surface, often creating an illusion of either flatness or depth. However, what Boysen is most interested in, is not the architecture of each painting, but the transcendence of these objects from form and material to objects that pull their viewers inward for contemplation.