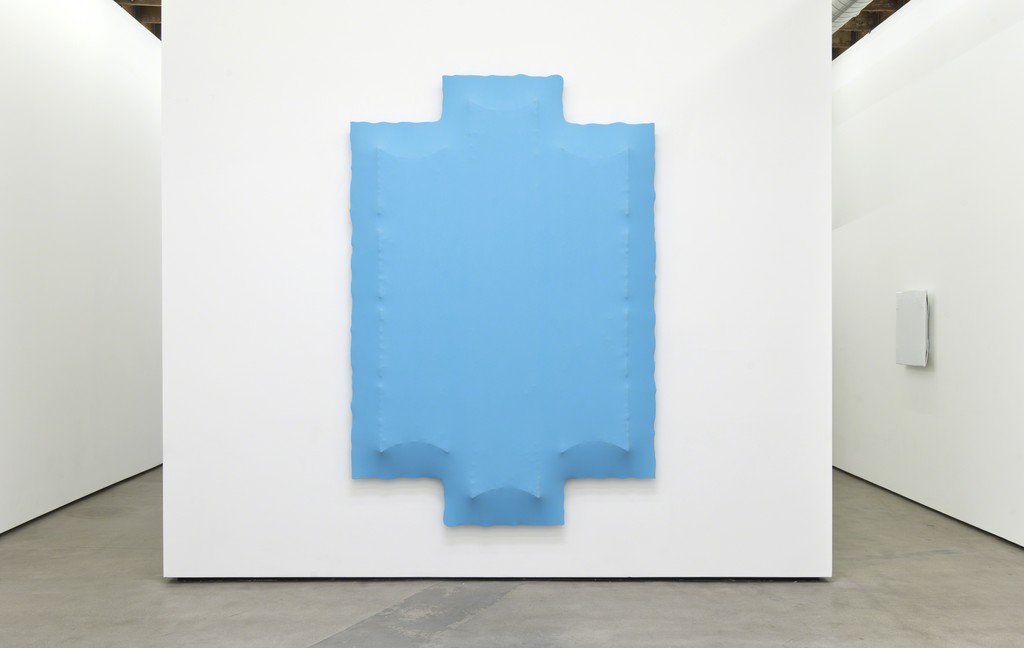 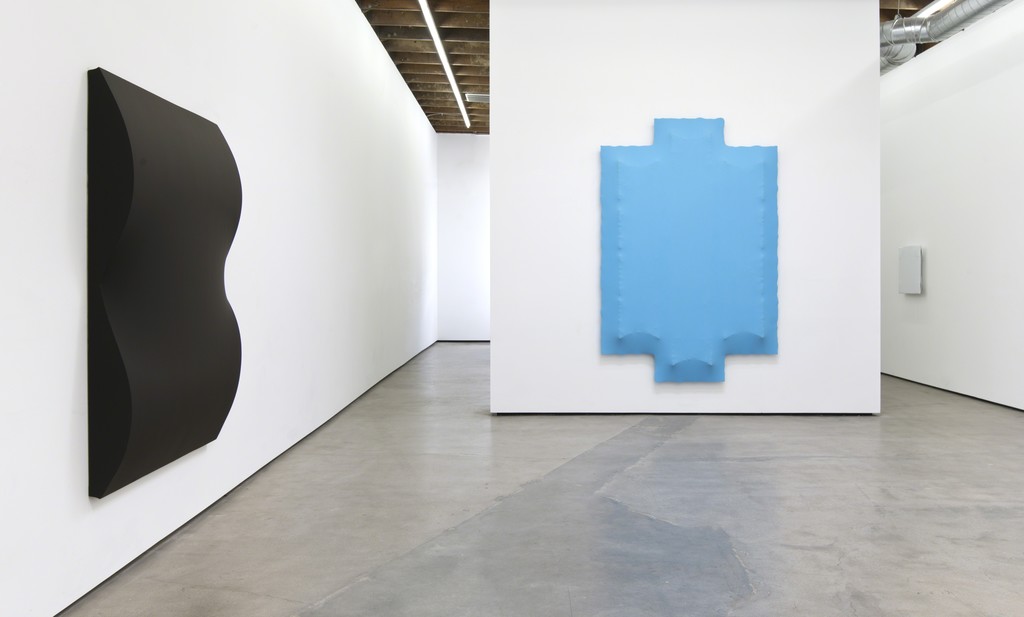 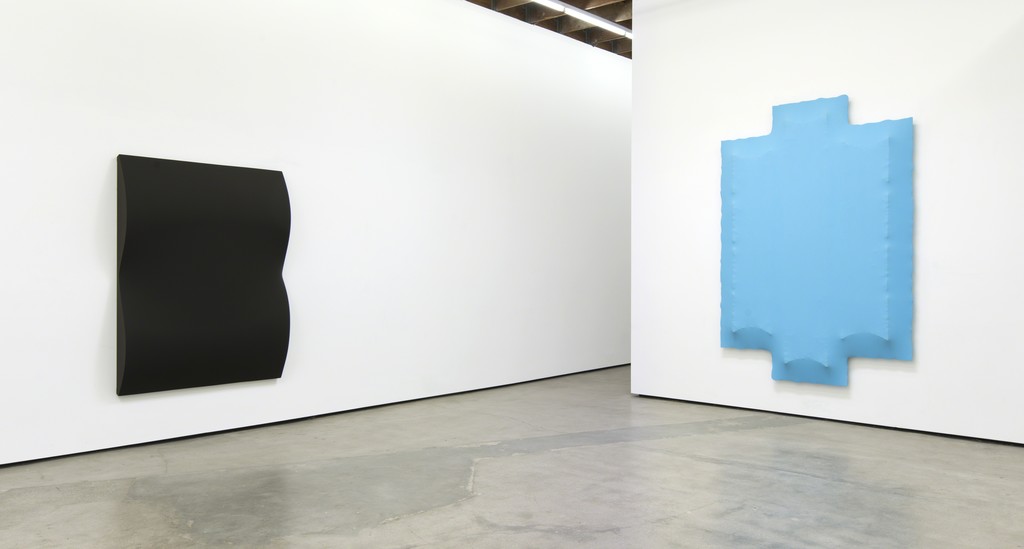 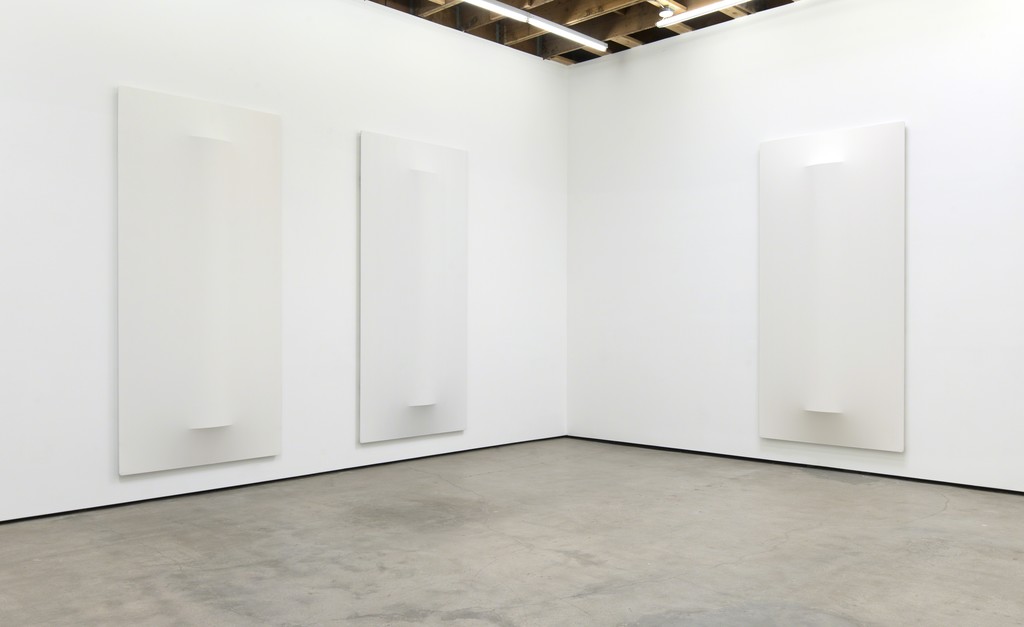 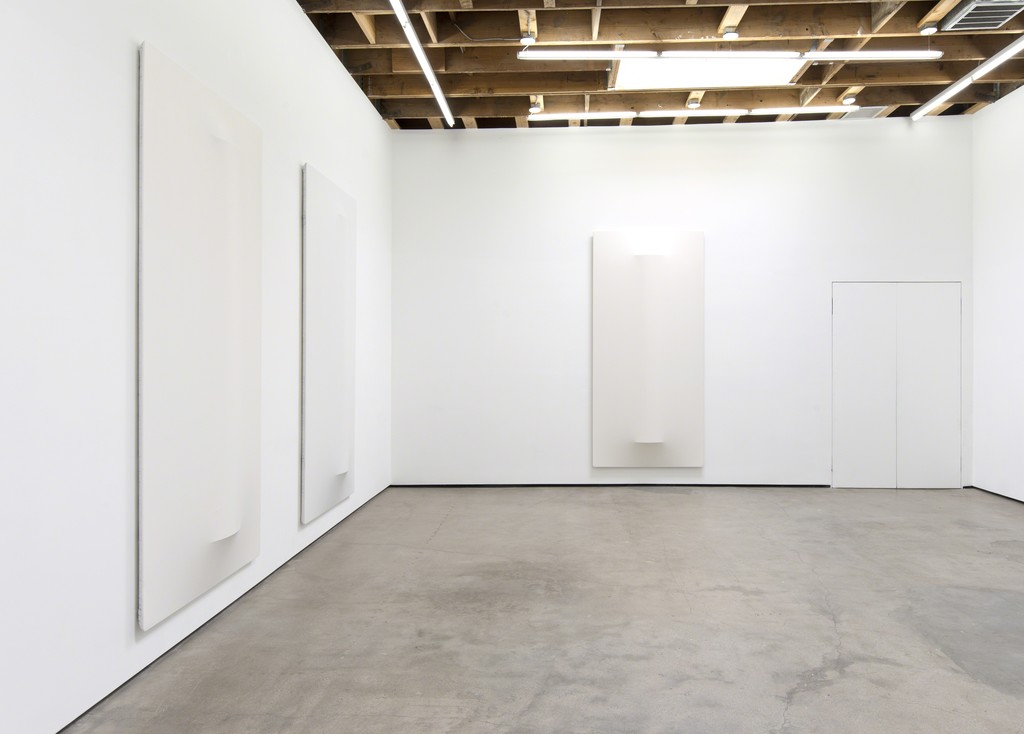 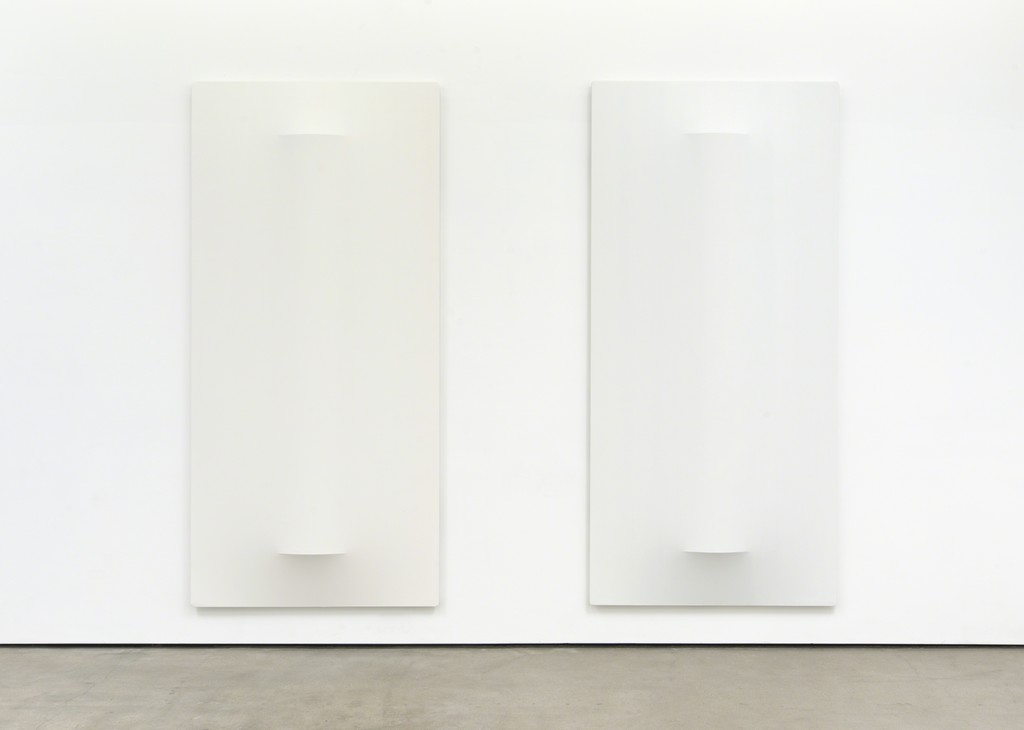 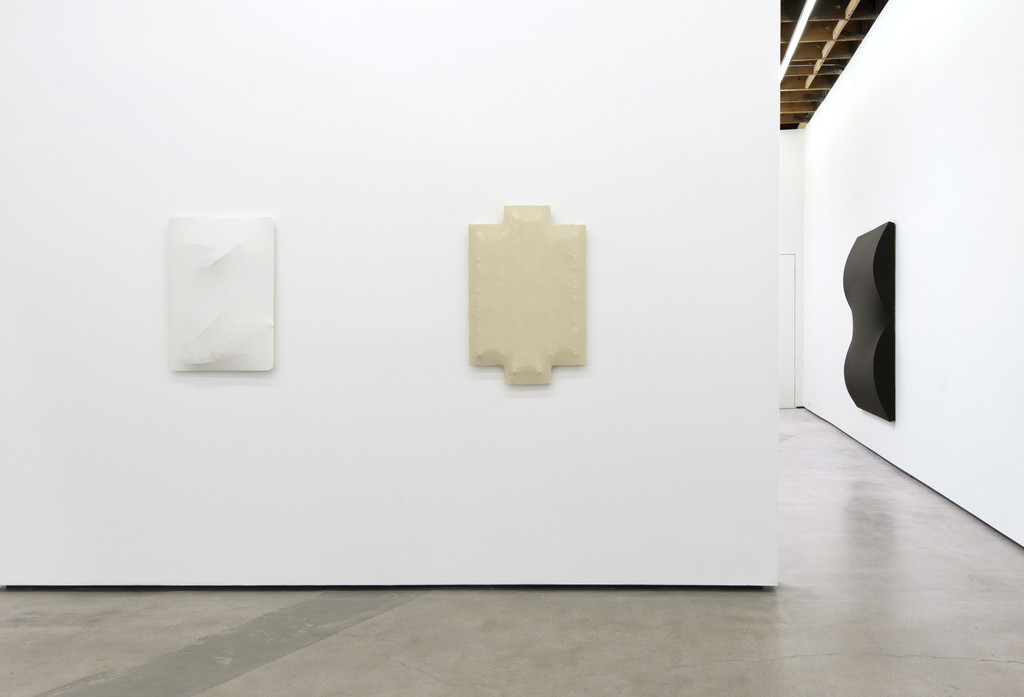 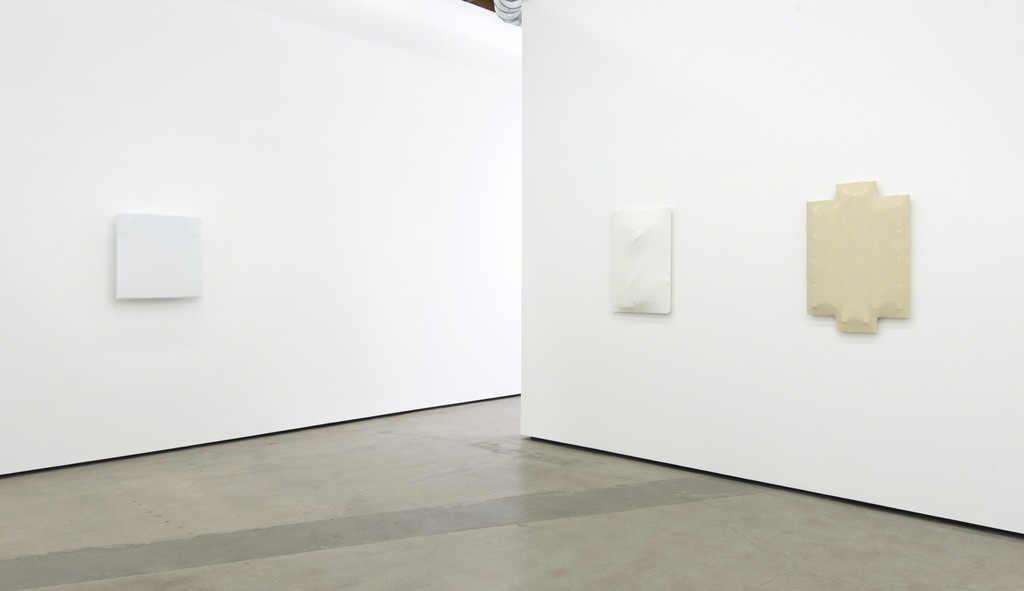 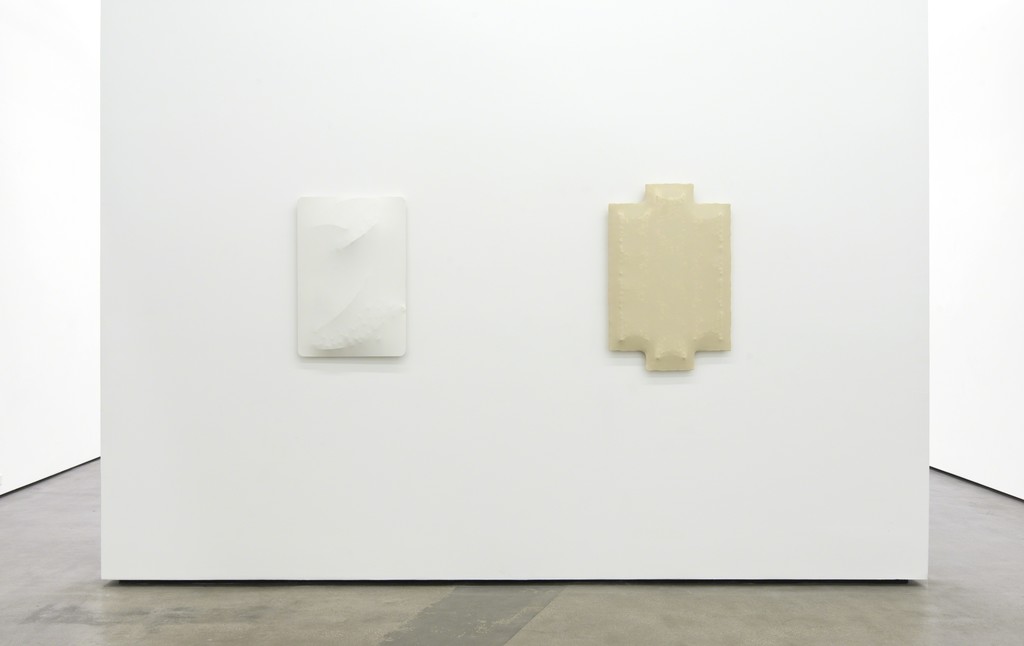 Often starting with a found object and covering it with stretched canvas, Jennifer Boysen’s paintings offer the viewer a moment where painting becomes structural and the structure becomes a painting. Boysen works mostly in large format, finding ways to construct the shaped and textured canvases in her studio much like a sculptor. Hammering copper, pushing textured medium through canvas, altering stretchers with wood and aluminum, Boysen sets up the field for her paintings in varied and hidden ways.

The work uses a variety of media to arrive at a place that both reconciles and concedes with the concept of painting and how it’s derived from and functions in the world. This conversation takes place under the guise of an obsession with process and materials, revealed by an obstruction of how the image came to be through using the pictorial structure as receiver, while referencing common techniques and gestures, such as photography, sculpture and digital media. The result of this process within Boysen's work illustrates communicative conflicts and meditative rests while acting as a mirror for that which is both outside and inside of the work.

The objects in the most recent body of work at Cherry and Martin hover between painting and sculpture, by both the manipulation of form and application of materials. Installed on the wall as traditional two dimensional works of art, the forms and materials are drawn from a variety of everyday objects and visual observation. Some of these objects are appropriated directly while others simply inform the fabrication of the structure. The paint is mostly egg tempera paint made using a variety of traditional and non-traditional pigments. The richness inherent to tempera as a medium, mixed with the sculptural form, creates a sort of visual absorption evoking a meditative quality, thus giving these objects or forms an alternate function or power.