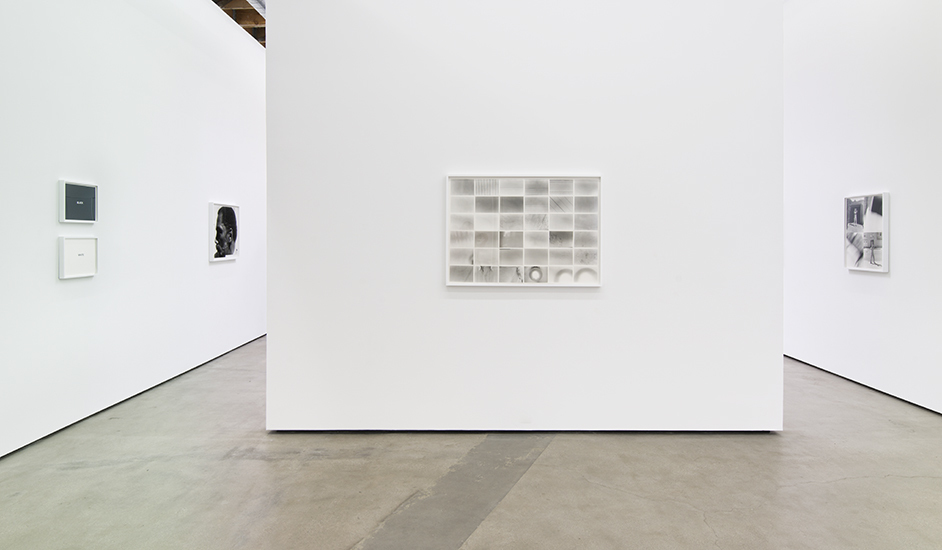 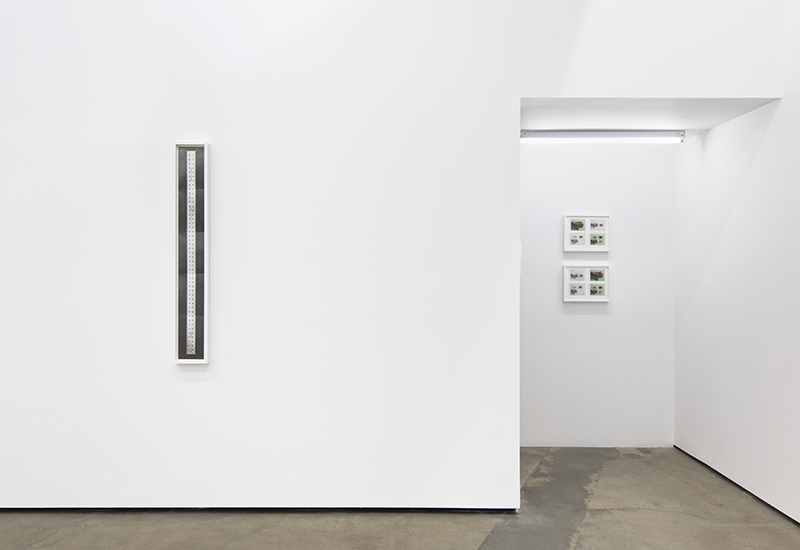 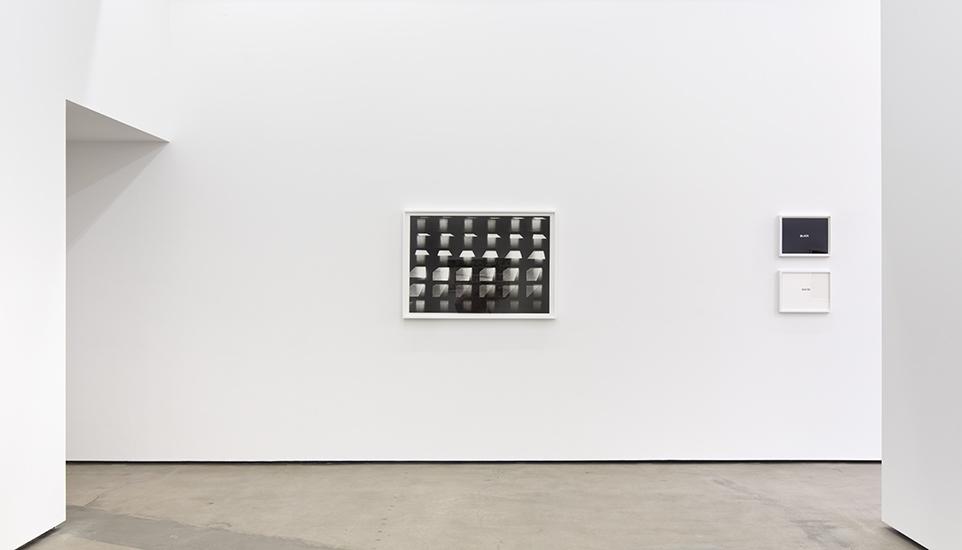 Lew Thomas tirelessly investigated the relationship between word and image, prefiguring in some sense developments later associated with Pictures. Cherry and Martin's exhibition focuses on Thomas's work between 1971-1978. These pieces appeared in his landmark book, Structural(ism) and Photography (1978). Described by David Levi Strauss as a kind of "pedagogical sketchbook," the publication of Structural(ism) and Photography marks an important moment in the history of expanded photographic practice in the United States.

The earliest piece in Cherry and Martin's exhibition, "BLACK & WHITE (1971)," consists of "two 11 x 14 inch prints mounted side-by-side with the word 'WHITE' centered on a black surface and the word 'BLACK' centered on a white surface." As Thomas notes in 1971-72, "The production of these prints indicated that I could execute an idea photographically without the stimulus of a pictorial object. I did not need to go somewhere to take a photograph. In fact all the content I would ever need for photography was already with me. To progress I needed structure. 'BLACK & WHITE' is the structure on which all subsequent work is built."

Writing in 1980, critic Robert Morgan suggested that, "one might instinctively regard such a reductionist gesture in photography as typical of the conceptual art produced in the late sixties;" however, "for Thomas, this direct photographic gesture was the beginning of a new outlook on the craft." "TIME EQUALS 36 EXPOSURES" (1971), for example, made immediately after "BLACK & WHITE," is equally specific. Thomas explains, "Irrelevant details complicating the subject … were eliminated until I had reduced the process to a camera, a roll of film and a lab clock. When the work was completed … it was not dependent on hidden messages for its depth of meaning. It was physical and opaque, its object being nothing more that the systematic exploration of the photographic process and its corresponding structure."

"THROWING-NIKOMAT" (1973) integrates "the act of photography with the images photographed," and the complicated "9 PERSPECTIVES" (1972)—which appeared in curator John Szarkowski's landmark 1978 MoMA exhibition "Mirrors and Windows"—as well as works like "ARITHMETICAL PORTRAIT" (1972) and "VACUUM" (1975) explore spaces of "multiple and constructed perspectives." By the mid-70s, Thomas had established a body of photographs breaking apart photographic representation into such categories as "Construction," "Collage," "Frame," "Format/Field," "Casual/Reflective," and "Words & Images," and was beginning work on his "Reproductions of Reproductions" series, which included—as image—the letters and art reviews Thomas had written, the various installation shots he had taken of shows by himself and others, and his own professional CV—"BIBLIOGRAPHY" (1977).