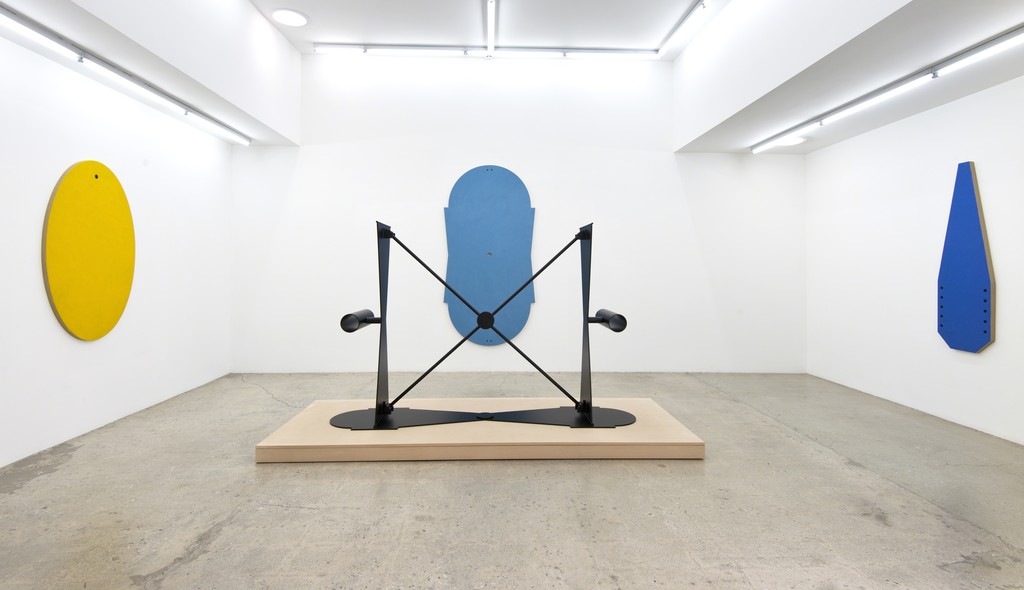 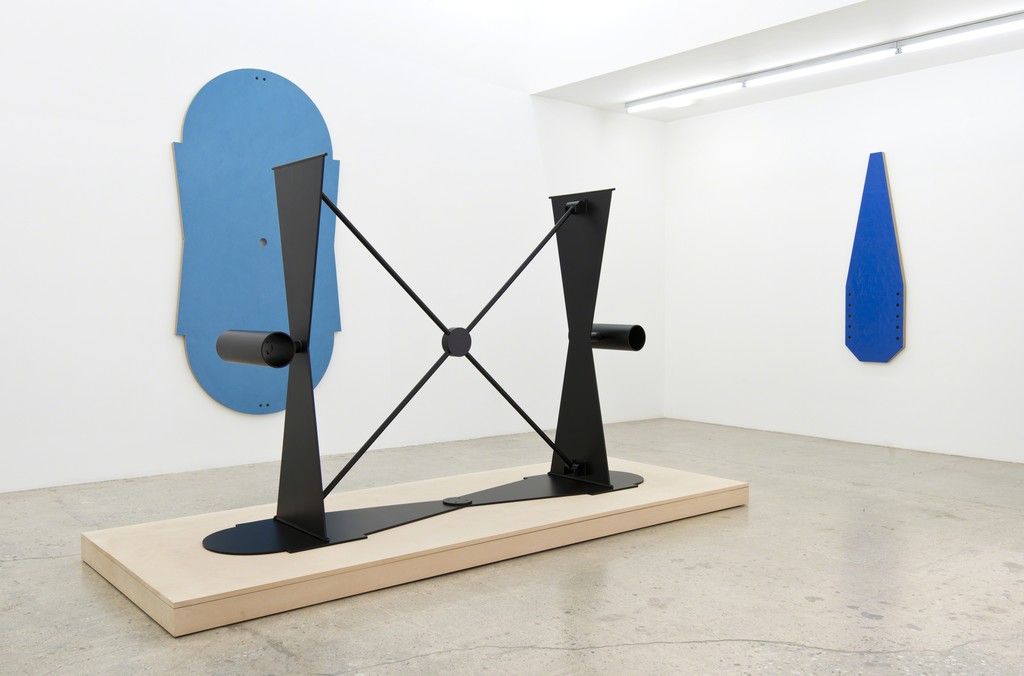 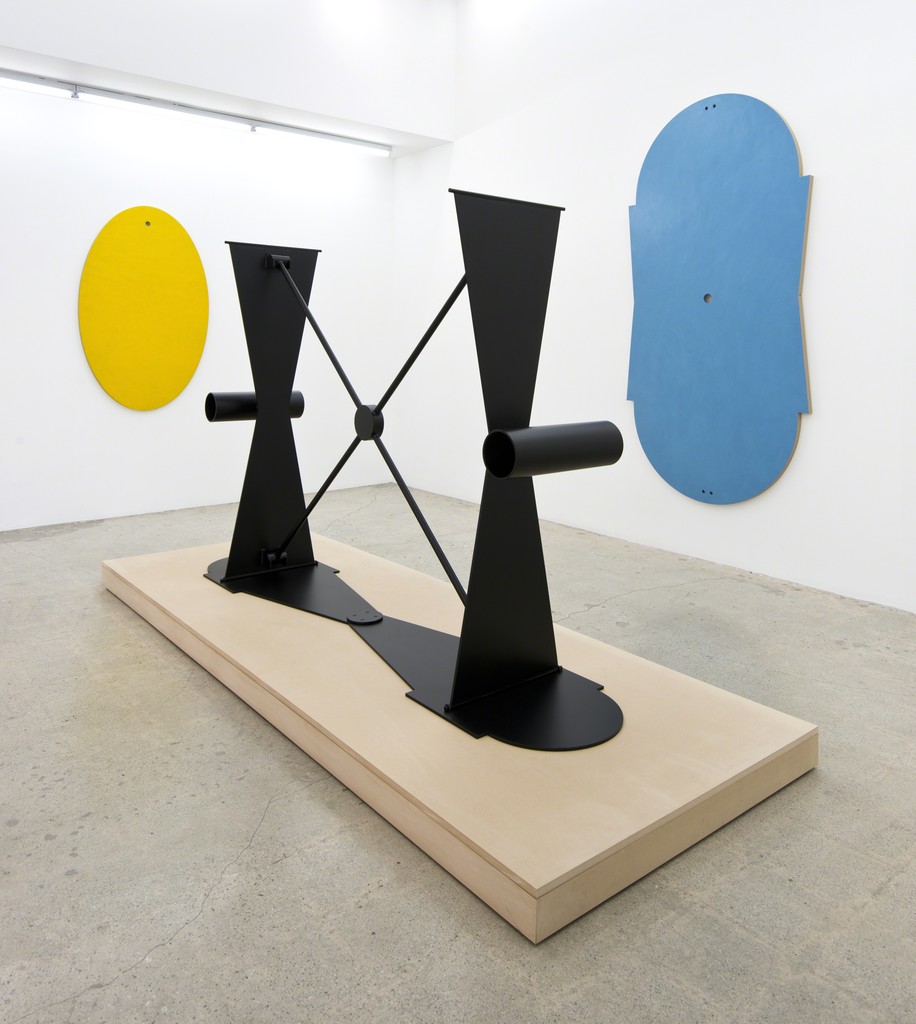 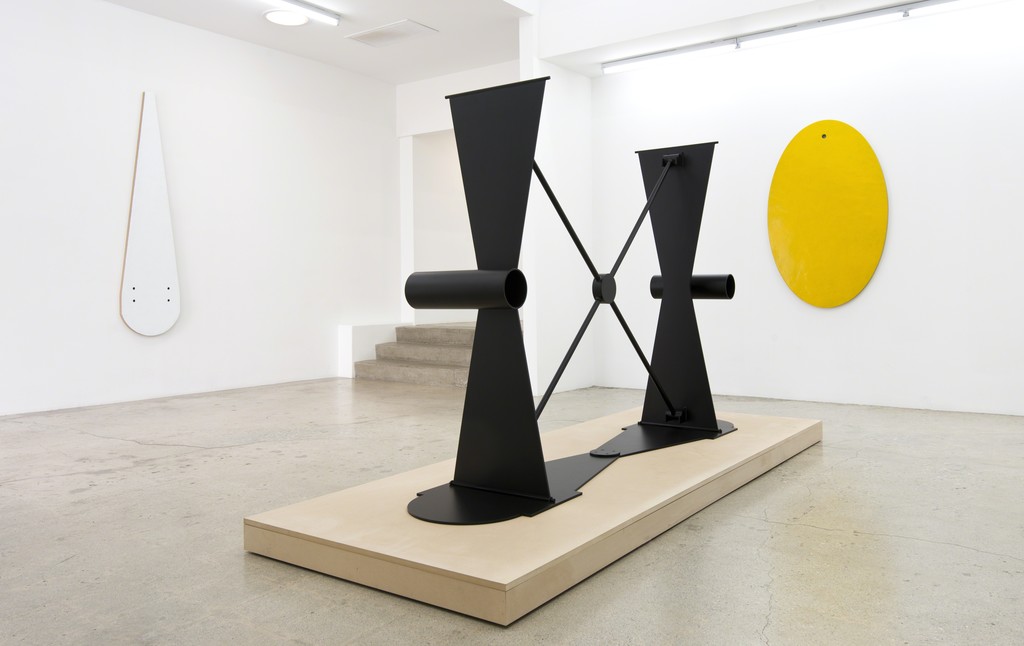 Michael Rey's works provide for us a fascinating paradox. Their forms, shapes and colors are straightforward and immediately comprehensible. Yet somehow upon looking at them, we experience an immediate, entirely unresolvable mystery that grows the longer we look at them. These seemingly simple forms, shapes and colors avoid categorization, and in doing so, provoke us to talk about greater issues. We talk about the language of painting; the language of sculpture; our sense of our own bodies -- identifying Rey's subtly textural surfaces as 'skins' is a common response; and, above all, we attempt to determine what exactly his work 'represents.'

To do so, we often fall back on historical artists. In particular, those European and Americans of the mid-1950s through mid-1960s that challenged the assumed rectangular shape of the painting. As Donald Judd suggests in his memorable 1965 essay, "Specific Objects," these artists made work that was neither "painting" nor "sculpture." They challenged the flat surface of painting, its impenetrable picture plane, and the assumption that the picture plane should parallel the wall. Judd points out the possibilities for "new three dimensional works," saying that "...now painting and sculpture are less neutral, less containers, more defined, not undeniable and unavoidable. These are particular forms circumscribed after all, producing fairly definite qualities."

In this conversation about the basic vehicles of painting and sculpture, Rey finds an opportunity to talk about issues that relate not only to painting and sculpture, but also to ourselves as inheritors of these traditions. Rey's work asks questions that an artist of Judd's generation could not yet know, as they had not yet experienced the changing technologies, spatial relationships and connectivity of modern culture that we now know today. Rey's work takes on our obsession with 'image' in contemporary culture and its mutability. His work takes on our fascination with the fragility of the body with its 'skins' and 'orifices.' As Judd goes on to suggest, "the objections to painting and sculpture are going to sound more intolerant than they are ... the disinterest ... is a disinterest in doing it again. Not in as it is being done by those who developed the last advanced versions. New work always involves objections to the old, but these objections are really relevant only to the new."

Michael Rey was born in 1979 in Sarasota, Florida. Rey received his BFA from the Ringling School of Art and Design (2002) and his MFA from Art Center (2008). Recent and upcoming solo and group exhibitions include Lisson Gallery (London); Ratio Three (San Francisco); Room East (New York); and Swiss Institute Contemporary Art (New York). Michael Rey is represented by Cherry and Martin and Office Baroque (Brussels). He lives and works in Los Angeles.