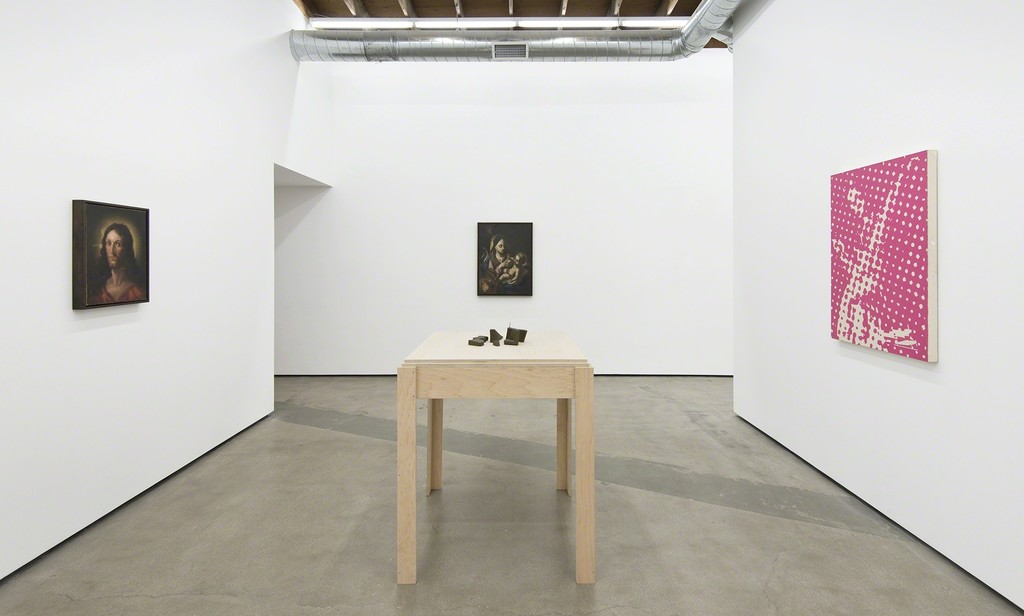 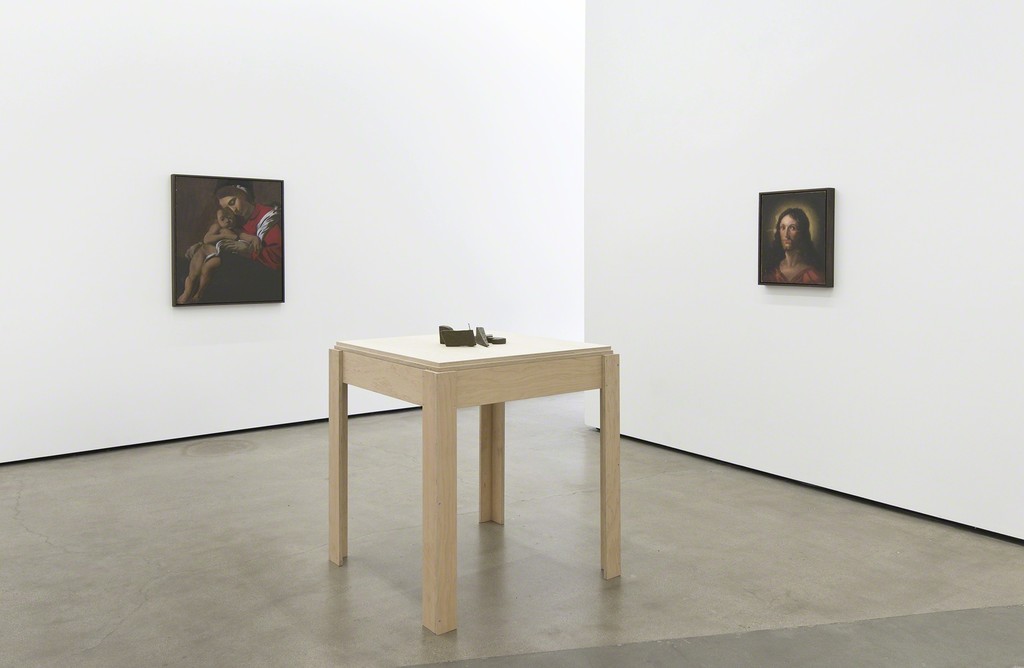 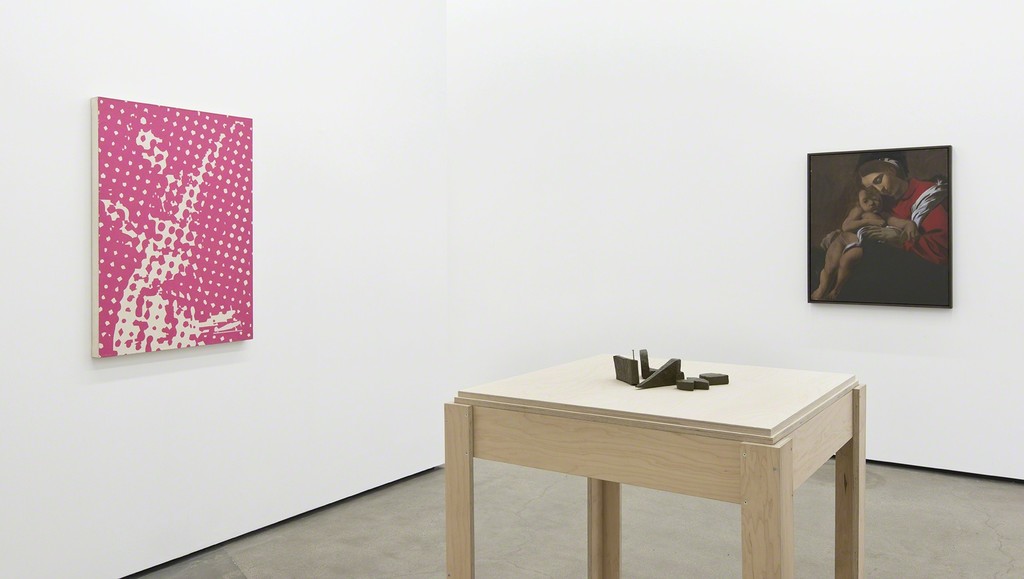 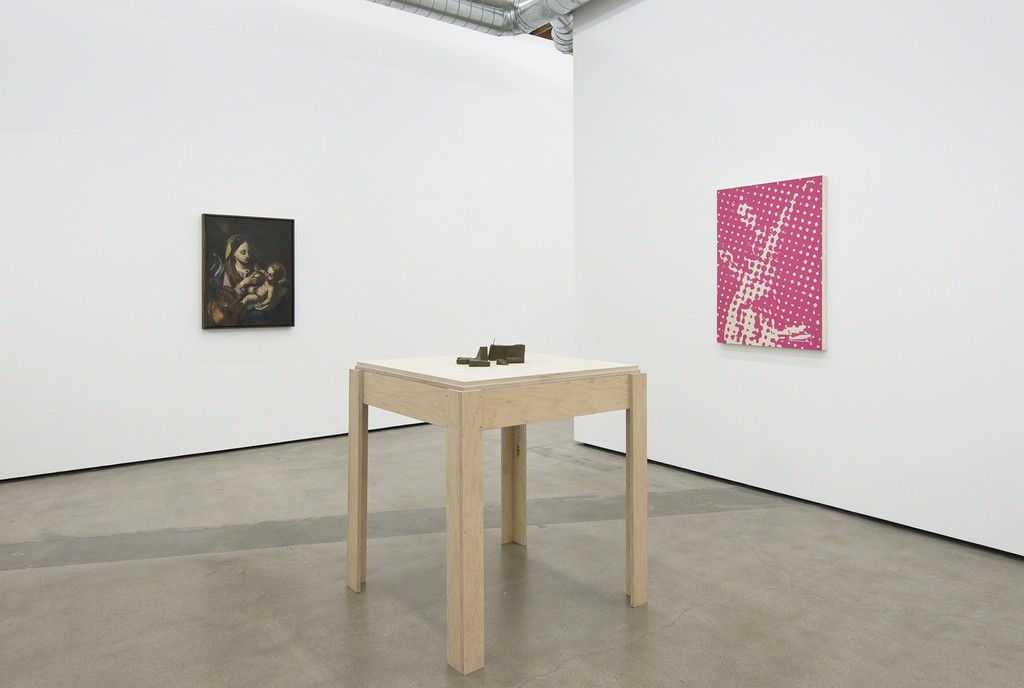 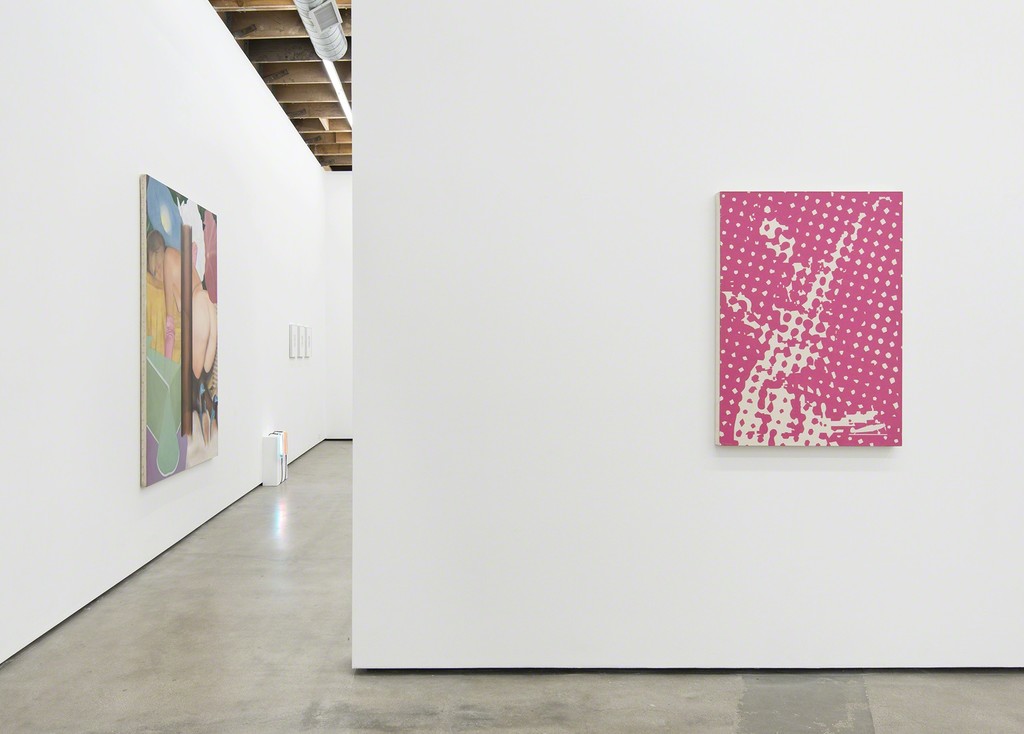 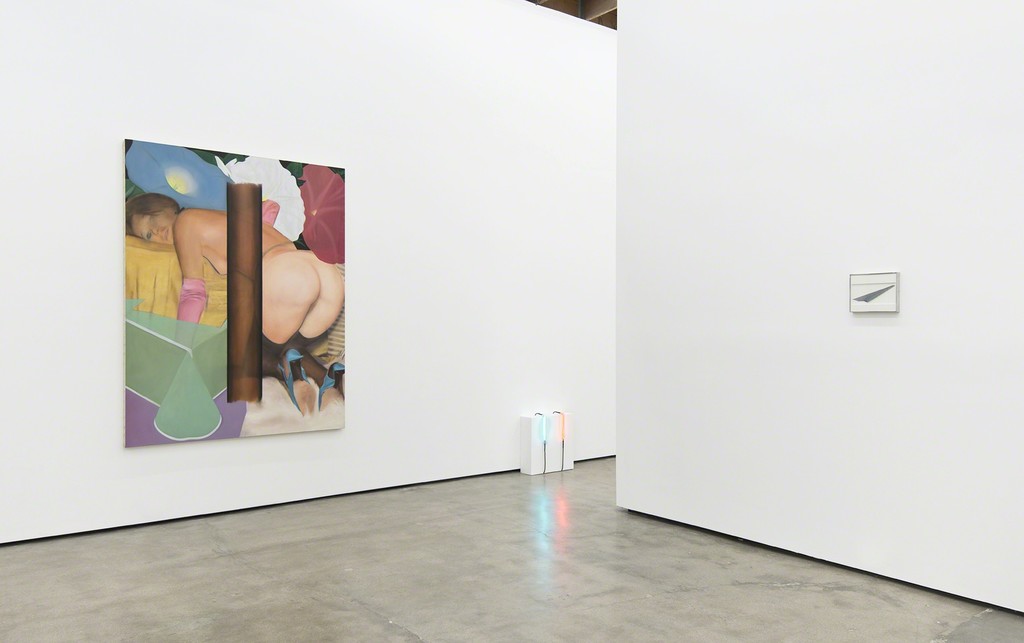 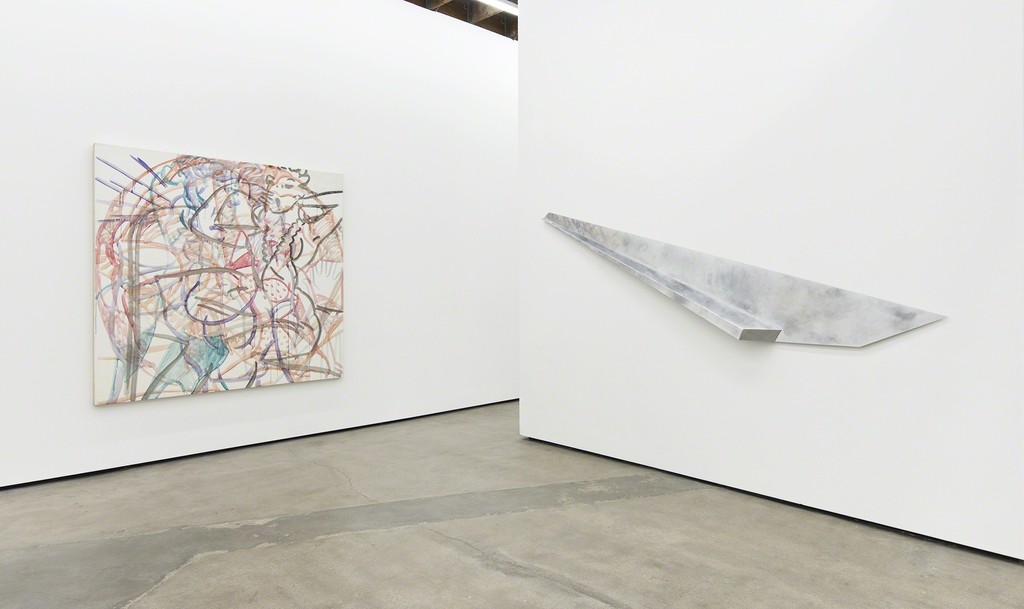 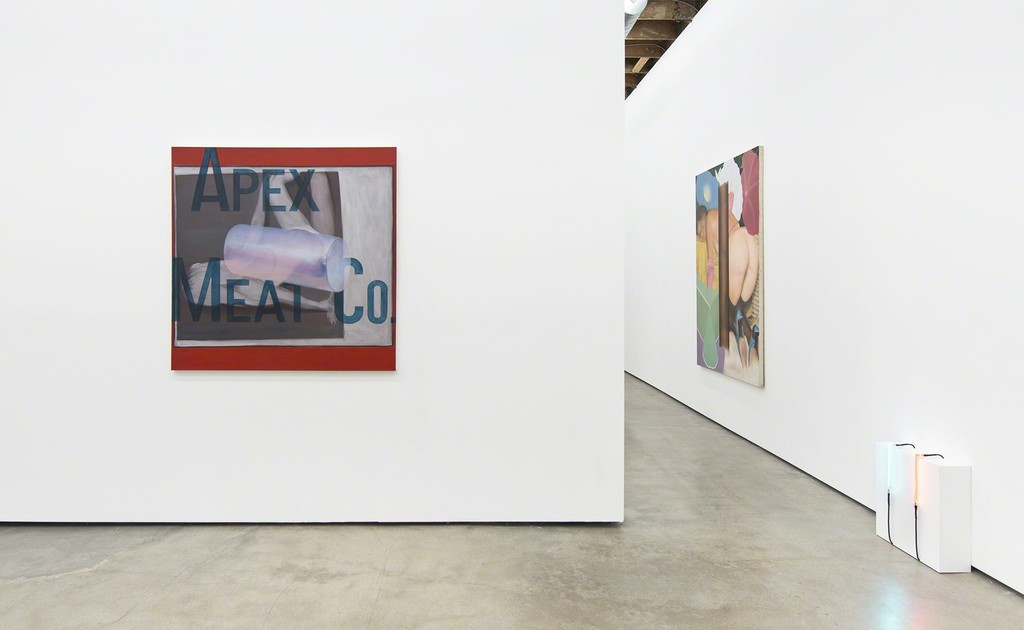 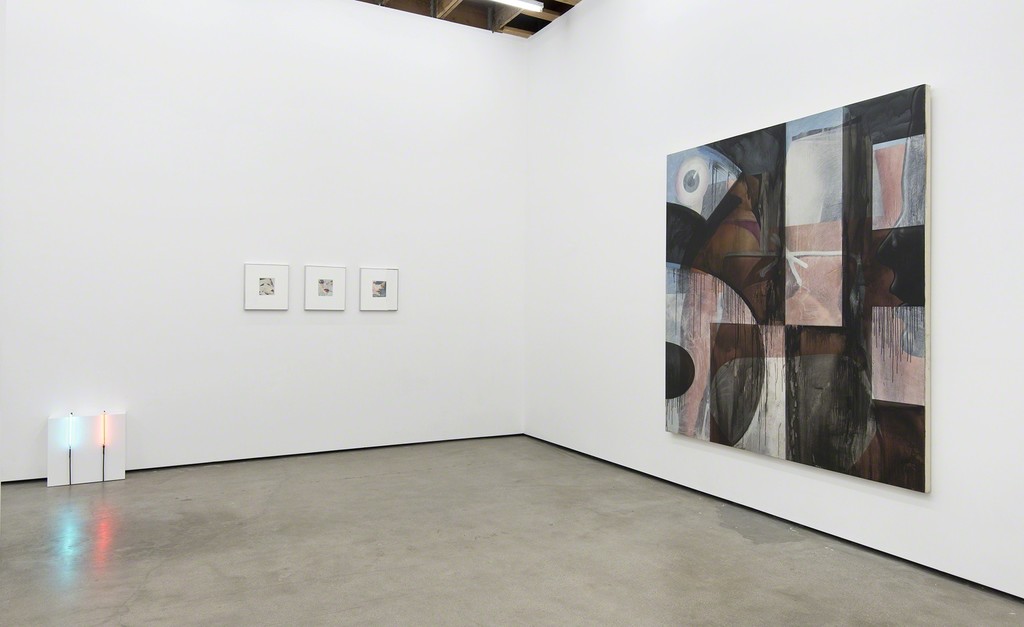 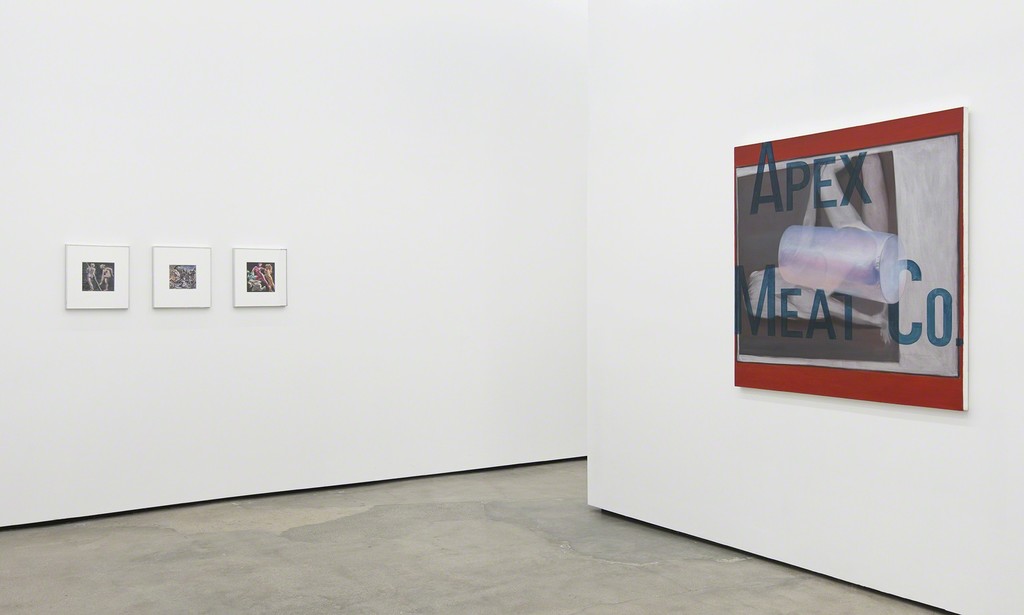 Cherry and Martin is pleased to present "Robert Overby: See Robert," a solo exhibition spanning three decades of the formidable artist's career including sculptures, works on paper, neon and paintings.

Like many earlier artists, Robert Overby has spent years trying to emulate old master techniques of surface and paint handling. While a student at the Chicago Art Institute in the 50’s he roamed the painting galleries. "Although I’ve been doing fine art only for a few years (1969)," he says, "I can still remember liking what I still like today. Even as advertising students, the Museum galleries always seemed to be part of our assignments.” In fact, the frustration of his inability in his attempts to blend oil painting and achieve the ‘look’ sent him on some interesting tangents for the first few years of his fine artists career. Then a friend of a friend gave him some home-brew painting medium formulas and voila!, old master technique. He still makes medium and paint. "It’s cheaper,” he says.

Overby’s interest in Baroque era paintings doesn’t, however, extend to their narrative content, "I have to reconstruct the painting in my mind to see whether there are putti or not, but the form and feeling are very strong,” he remarks, "and the drawing," he adds. Since ancient art concerns seems so far removed from today’s Overby feels that the precedent for realistic art is primarily the mass media, "Photography in particular was important to me as a designer - shapes I didn’t draw myself I had photographed - and as a way of seeing it still fascinates me.” Another source is commercial illustration, pocket book covers in particular, "The 40’s and 50’s had some marvelous illustrators," and although their style of painting had died out for years, "it’s come booming back on the cover of romance novels,” he says happily. "When I was going to school here in Los Angeles, there were also great handpainted billboards around, like the Gas Company boards, for instance. There’s a (billboard painting of the) head of ‘David’ at Forest Lawn in Glendale now that’s a knockout, a real good painter." Overby continues, "Most representational artists shy away from the commercial stuff…I like it!” So much for precedent.

It all has to do with the accessibility of image, Overby says, and he sees nothing wrong with the old saws, it’s what you do with them that counts, he claims. Overby’s painted collage images belie their source and original intent, like as not forming a kind of grim sociological footnote. His art in the 70’s had something to do with the burgeoning of pornography then and still extant. Plus it turned up at his fingertips, "My Hollywood Boulevard studio - at the crotch of Hollywood and Sunset - had a sometime porn printer nearby. I used to raid his dumpster,” he says, "The press sheets I’d find were all the things that could go wrong with a printing press; smears caused by dryers and water balance problems, muscular and registry, images that looked like what some N.Y. painters are doing today,” he laughs.

One direction Overby’s art is taking at present time is in what he calls his ‘Disparate Women’ series painted from paperbacks,"Late 50s paperback covers are something else,” he comments, "sexy woman victims, and we wonder at our present reality." Overby tends to be an observer, even a voyeur, rather than a moralizer, which puts him at odds with some. He seldom glosses his content, bringing up serious questions of responsibility. On this he takes the First Amendment.*

*All of the above text was written by Robert Overby at some point in the 1980’s and released by him as an informal, quasi-promotional pamphlet (one of a set of six pamphlets published by the artist). At the time he wrote these words, Overby had chosen to operate largely outside the art world. He was judge and jury for himself and his artistic output, much as he had been since the publication of his ‘red book,’ 336 to 1: August 1973-July 1969 in 1974. Robert Overby passed away in 1993.