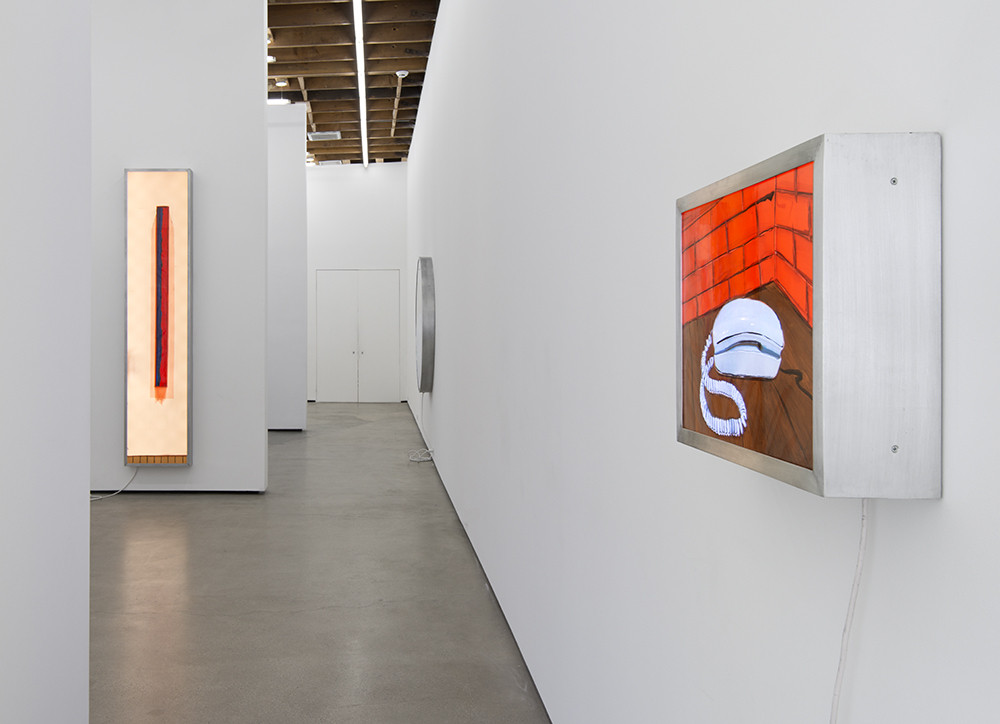 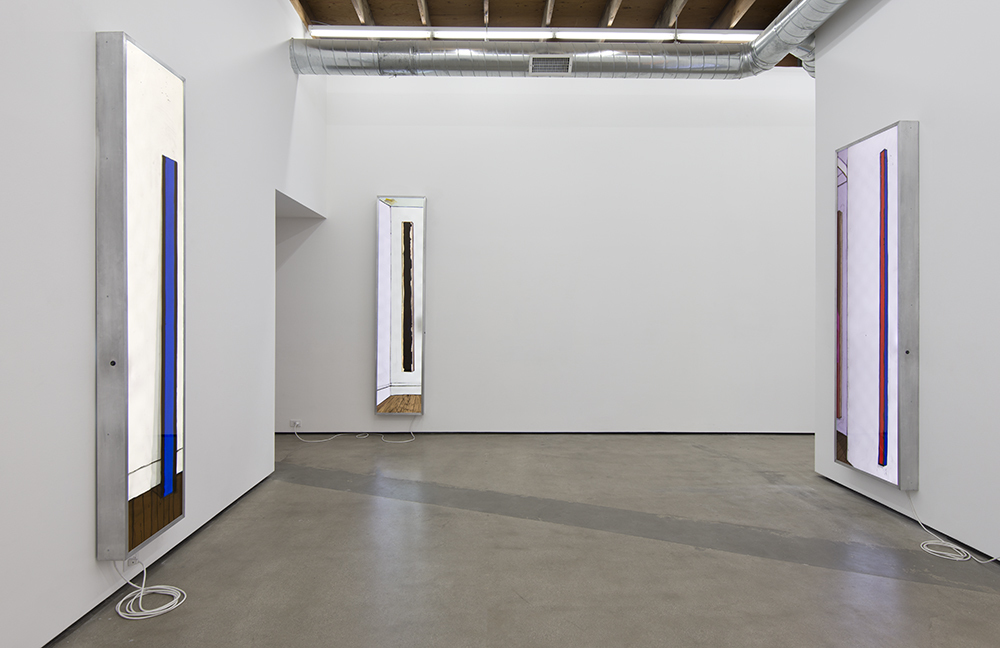 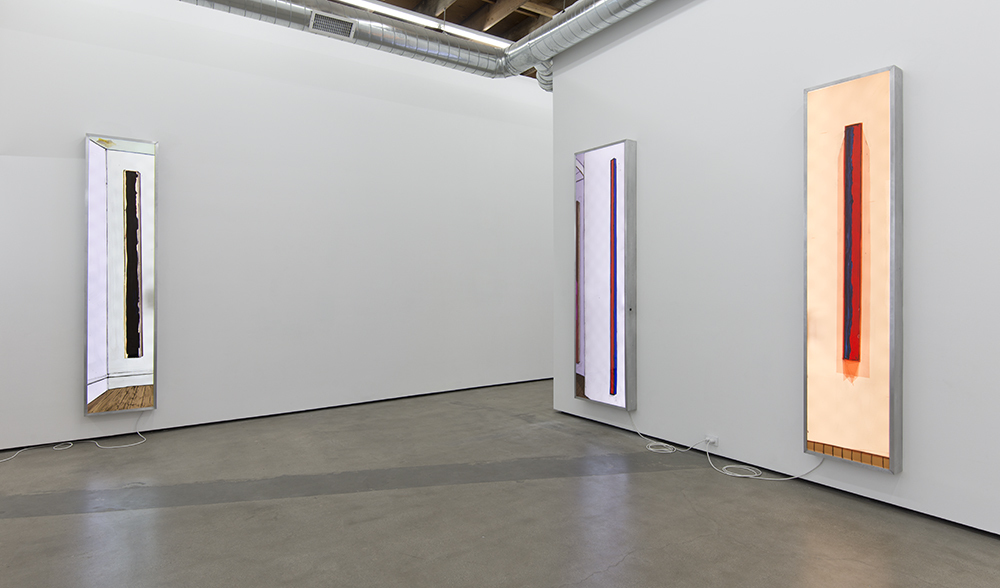 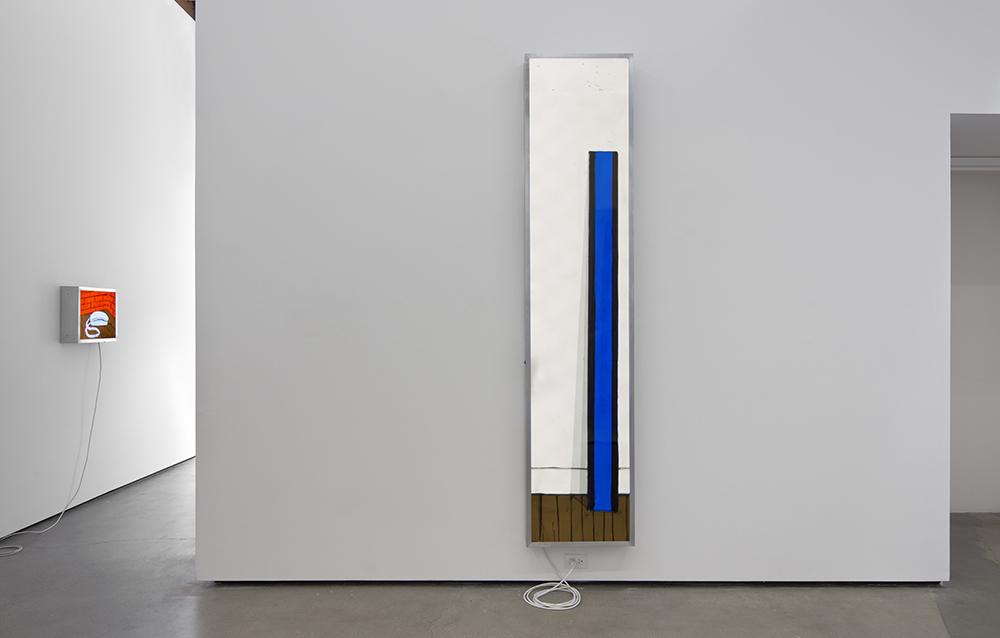 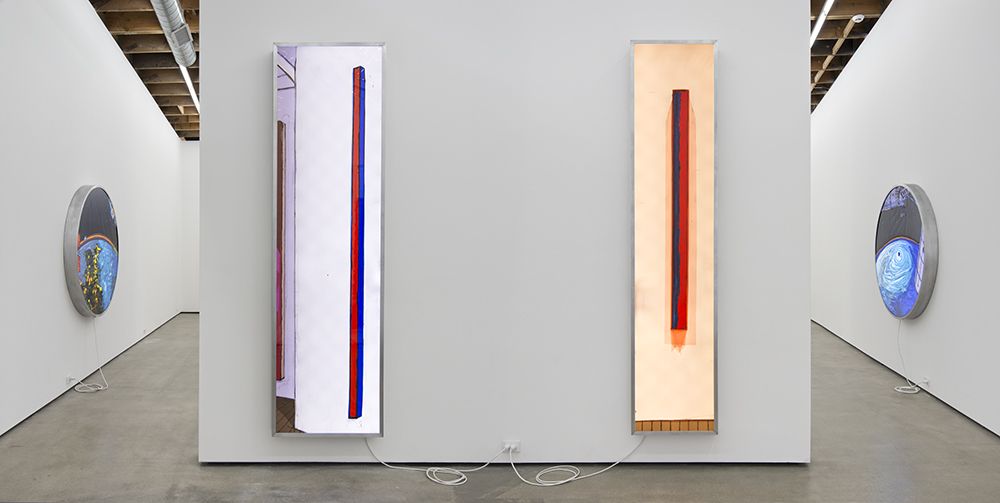 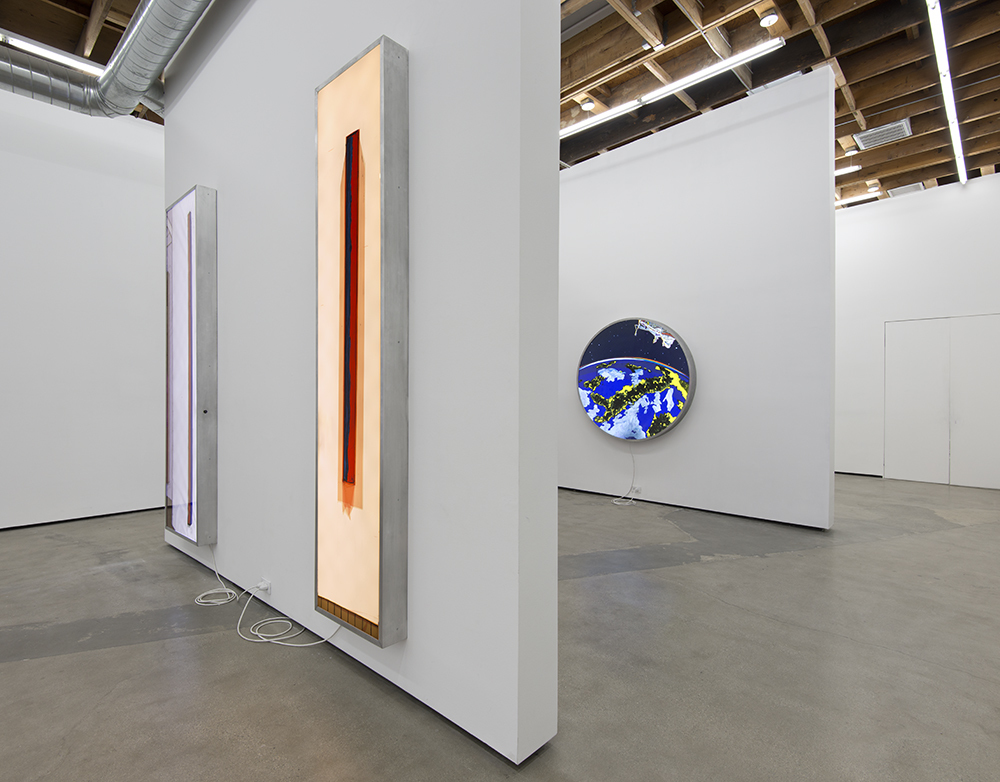 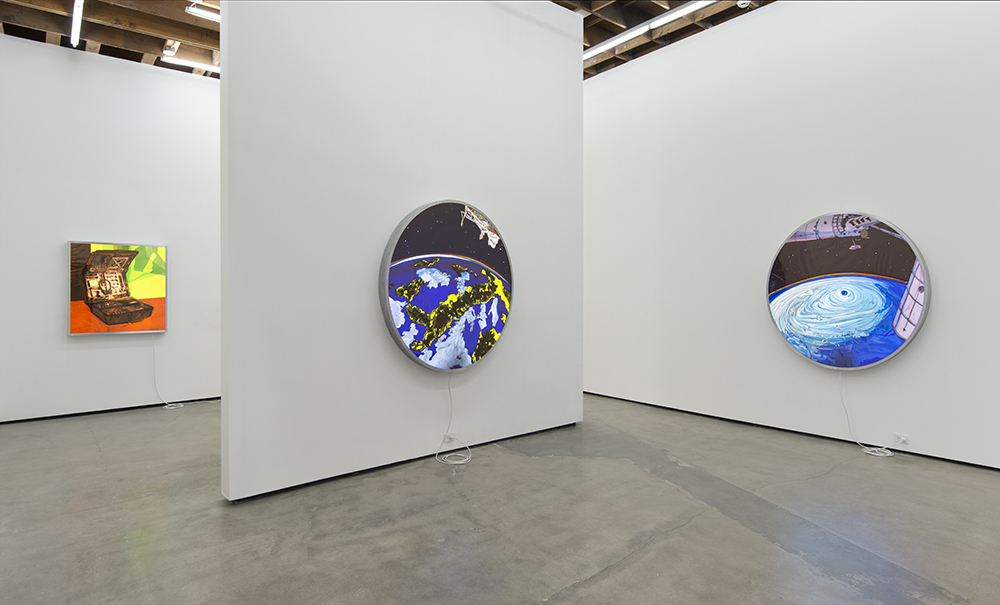 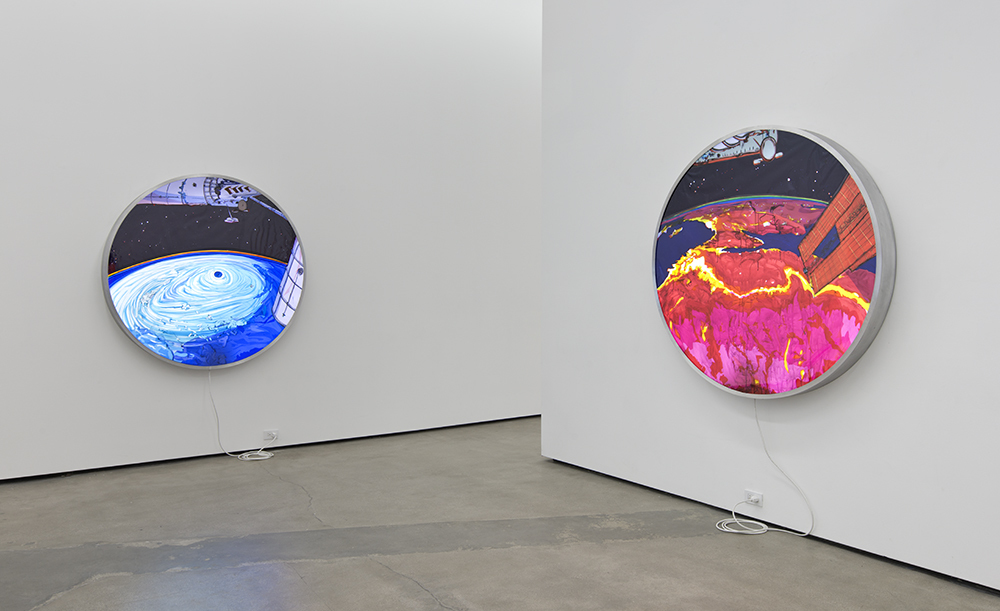 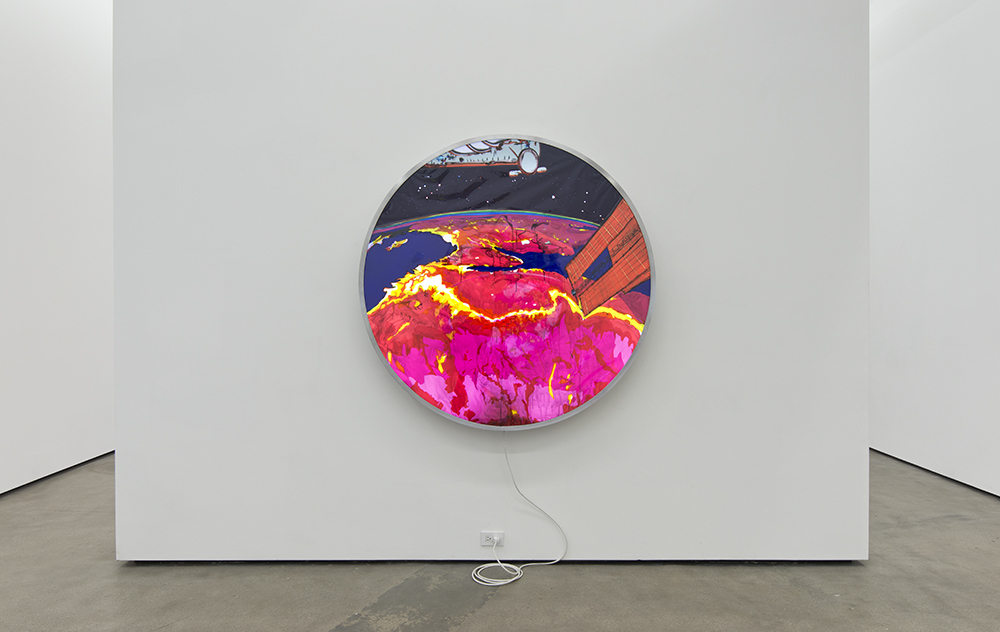 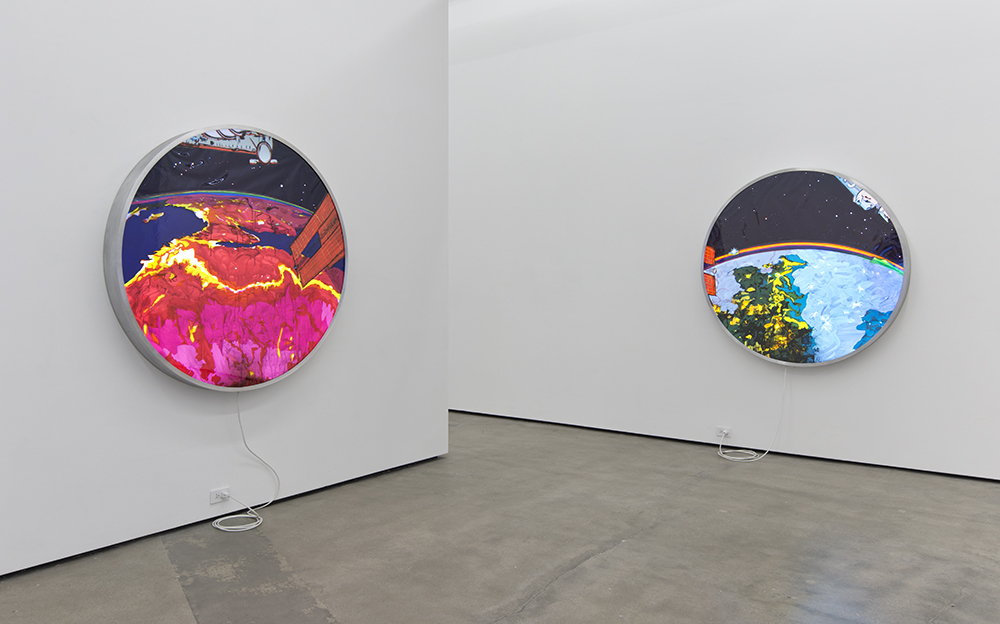 Cherry and Martin is pleased to present an exhibition of new lightbox sculptures by T. Kelly Mason. This is Mason's second solo show at the gallery, his first since the gallery's successful solo presentation of his work last summer at Art Basel.

With a background in music and poetry, T. Kelly Mason's visual vocabulary is both spare and expressive, uncovering meaningful associations between seemingly disparate elements. For over two decades, Mason has produced work across a range of media, including sound, video, installation, painting, and sculpture, addressing the relationships between reality, perception, representation and interpretation. In his current exhibition, Mason uses these relationships as lenses to examine dichotomies of scale: internal vs. external, human vs. cosmic, actual vs. imagined.

One of Mason’s new works depicts Barnett Newman’s The Wild, now in MoMA’s permanent collection, as seen at the Betty Parsons Gallery. When this tall slender painting was first exhibited by Parsons in 1951, its peculiar stature bewildered and intrigued viewers. Measuring 8 feet tall by only 1.5 inches wide, The Wild commands attention and engages active viewership with its human-like uprightness and more-than-human height. Indeed, the scalar relationship of the artwork to the viewer was of primary importance to Newman who claimed, “Size doesn’t count. It’s scale that counts. It’s human scale that counts… One of the nicest things anyone ever said about my work… is that when standing in front of my paintings that you had a sense of your own scale.” Mason preserves this effect by re-creating through paint and collaged lighting gels The Wild in its life-size proportions. Moreover, he references the work’s figurative scale - and its importance to art history - by illustrating it in the hallowed and sometimes harrowing 21st-century flow of information and ideas.

Similarly, Mason addresses issues of non-material or imagined scale in a series of light boxes depicting the US military’s controversial and enigmatic “Keyhole Satellites.” Ostensibly referred to as “optical reconnaissance satellites,” details of their function and production remain shrouded in secrecy, fueling a fire of speculation amongst fringe groups. Taking cues from these obsessively detailed speculations, such as the Keyhole Satellites’ purported resemblance to the Hubble telescope, Mason elucidates what “a paranoid version of a structure can be.” In Mason’s interpretation of the Keyhole Satellites, we can see the divergence between reality and perception, and how inference and projection can affect our awareness of scale.