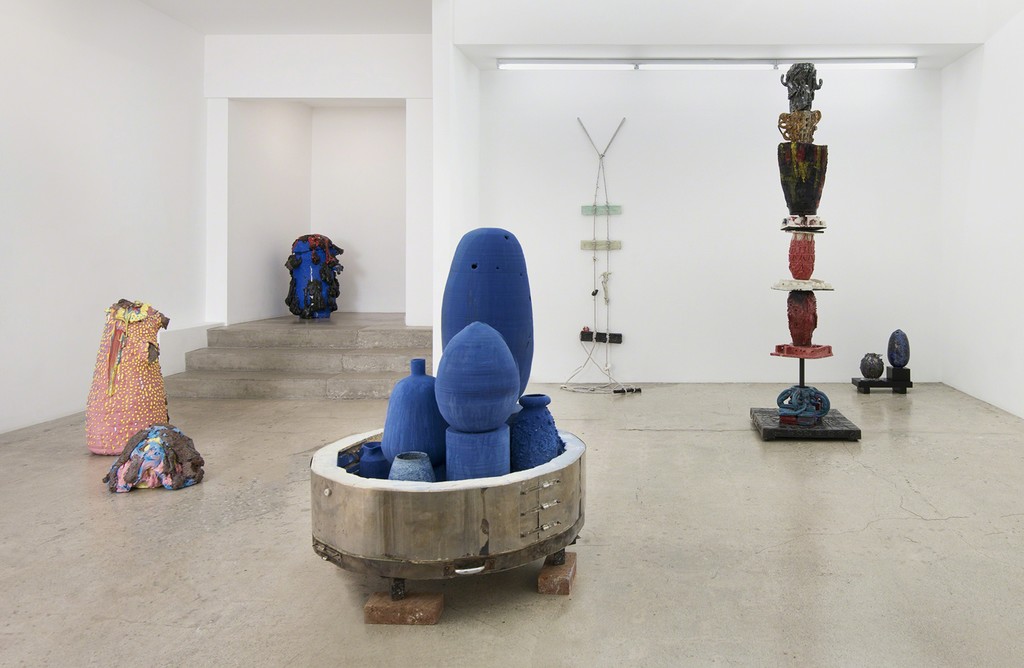 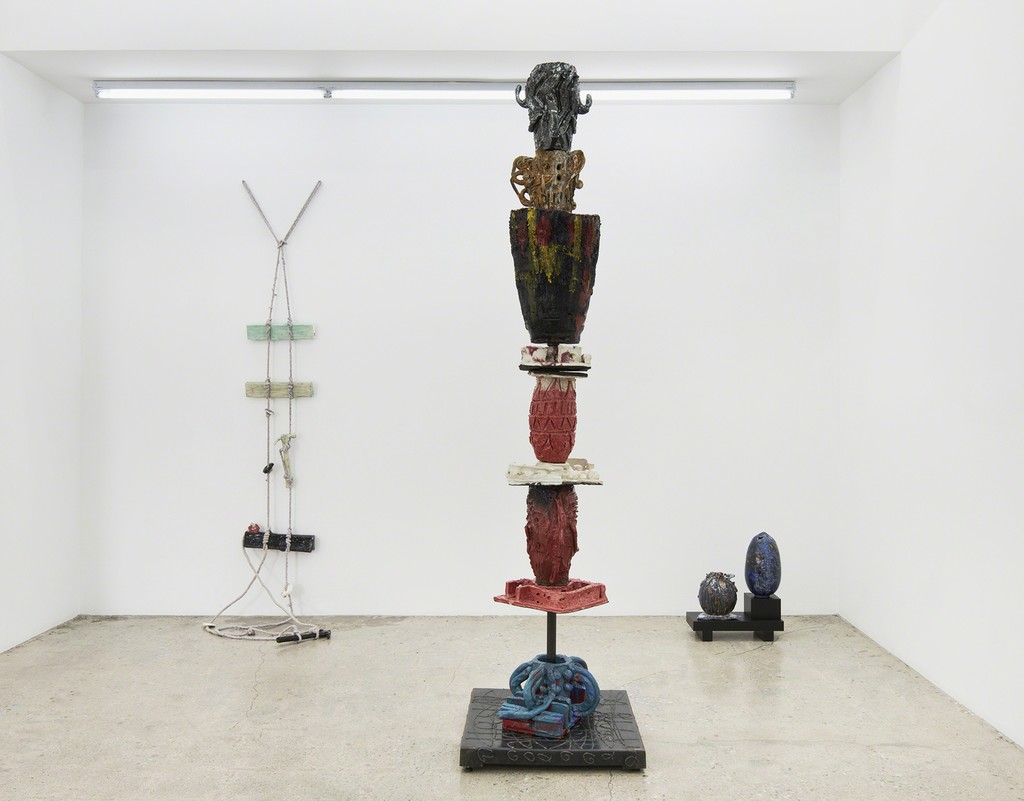 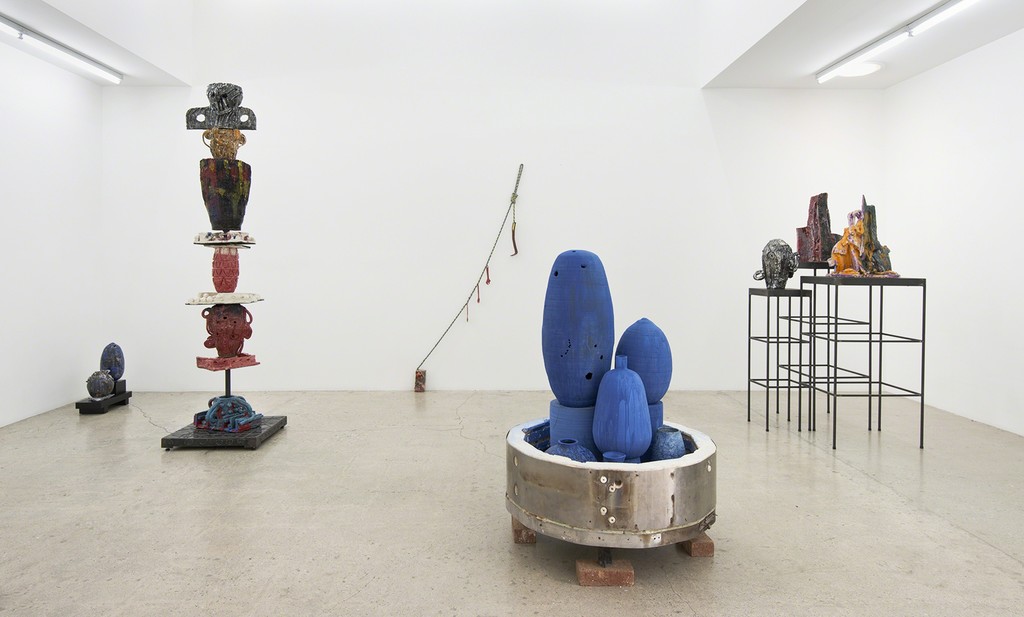 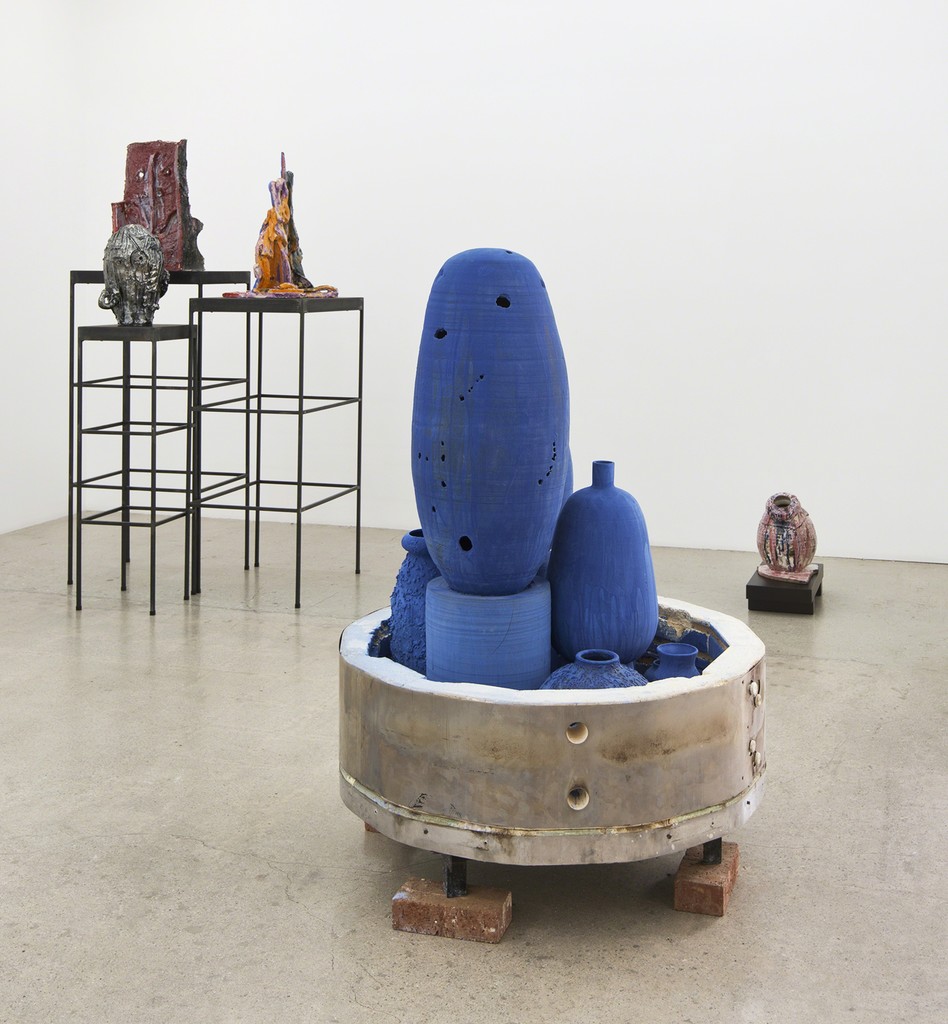 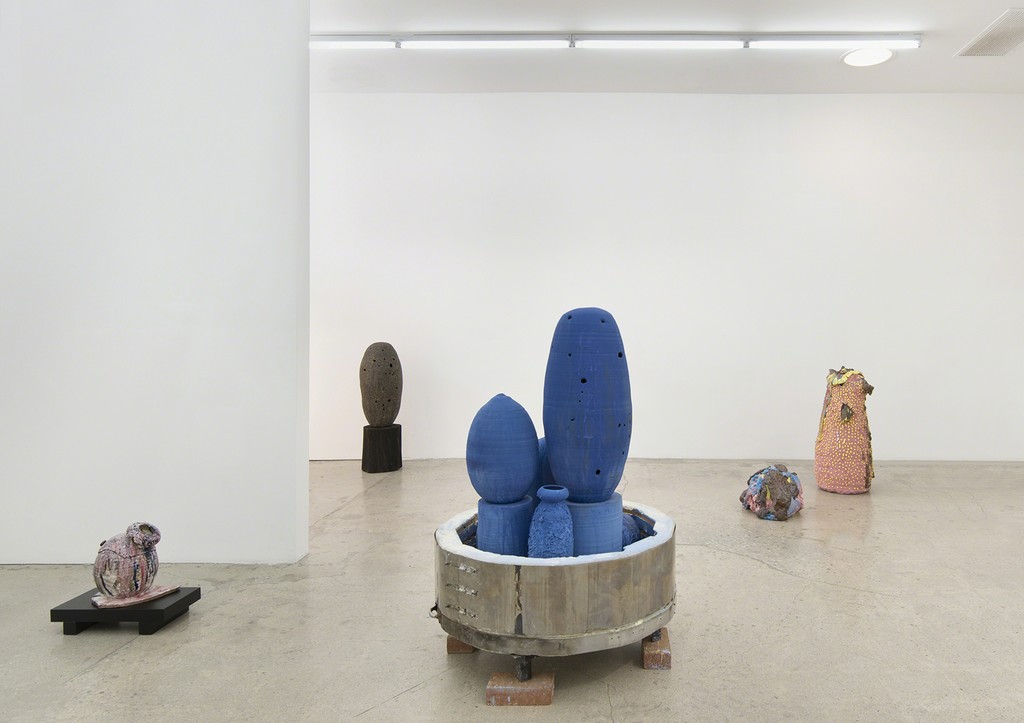 Cherry and Martin is pleased to present Try again. Fail again. Fail better. This exhibition examines four artists’ explorations of ceramics and the inherent nature of its process, contributing authentic voices to the conversation surrounding clay. Artists working today are continually embracing modes of the medium, often freeing it from the rooted sense of tradition and functionality, but ever interested in the physical ‘making’ of art. The show title, taken from Samuel Beckett’s 1983 prose Worstword Ho, emphasizes the chance driven process that is often part of working with clay. Multiple attempts are made, fired, re-fired, glazed, glazed again, assembled, re-assembled, and so forth. The unfolding of this progression is ultimately what draws us to the final objects.

Katy Cowan’s slip cast ceramic objects are conceptual signifiers of her practice’s larger purpose: repeating object, idea and meaning through multiple castings. A hammer, for example, is cast over and over again becoming a painterly ceramic parody of itself before being put back to use as a studio tool. Often incorporated into larger installations with other craft oriented media such as hand braided and dyed ropes, Cowan’s ceramic objects index her own physical approach to making work in her studio.

Young Japanese artist, Takuro Kuwata, draws from tradition, but his haphazard approach to the medium is both innovative and exploratory. Kuwata’s work combines eastern tradition with western technique. This duality manifests itself in pop colored vessels and mounds encrusted with metallic drips atop ruptured surfaces of clay that have been blown apart from a firing technique called Ishihaze or “stone explosion."

William J. O’Brien’s practice expands well beyond ceramics and includes collage, drawing, painting, tapestries and sculpture. His ceramic works are both impulsive and primitive in their making, but pay keen attention to color, pattern and form. Ceramic pieces are stacked atop one another as totem-like forms and can feel both playful and irregular. However, O’Brien’s distinct visual language is that of an artist drawing from history, language, popular culture, and ethnogaphic narratives.

Adam Silverman’s ceramic vessels are rooted in the centuries-old tradition of throwing clay. However, Silverman is as much of an installation artist as a ceramicist and often approaches a body of work as a whole rather than through singular objects. Ceramic vessels sit atop precisely chosen bases, and various vessels are fired and glazed multiple times - at times, together in one kiln. A fusion of form, experimentation and tradition are the foundation of Silverman’s practice.