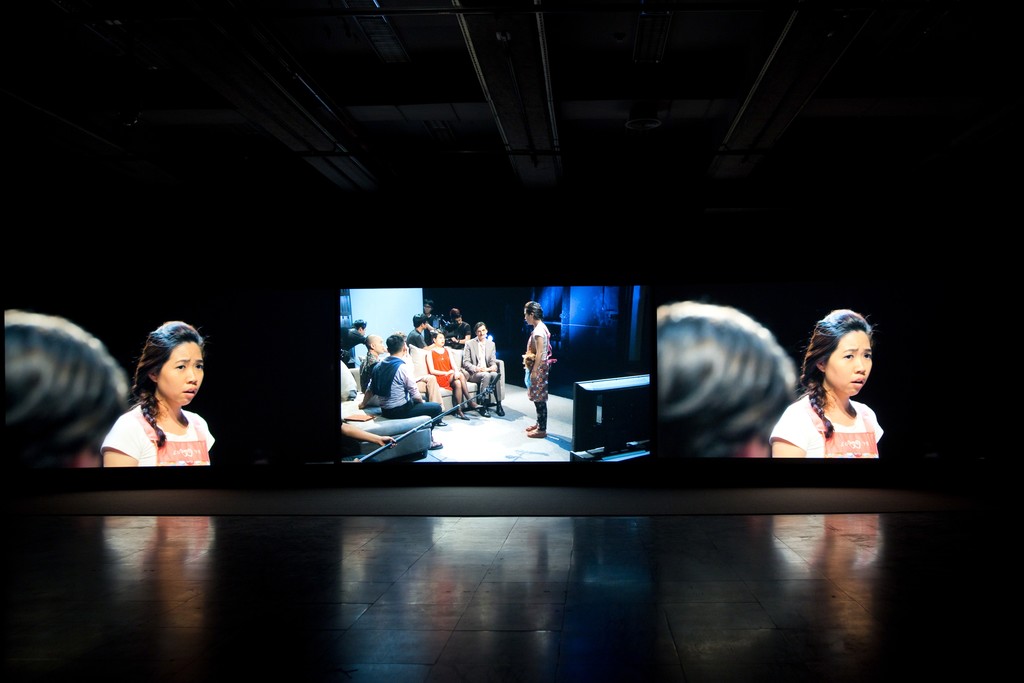 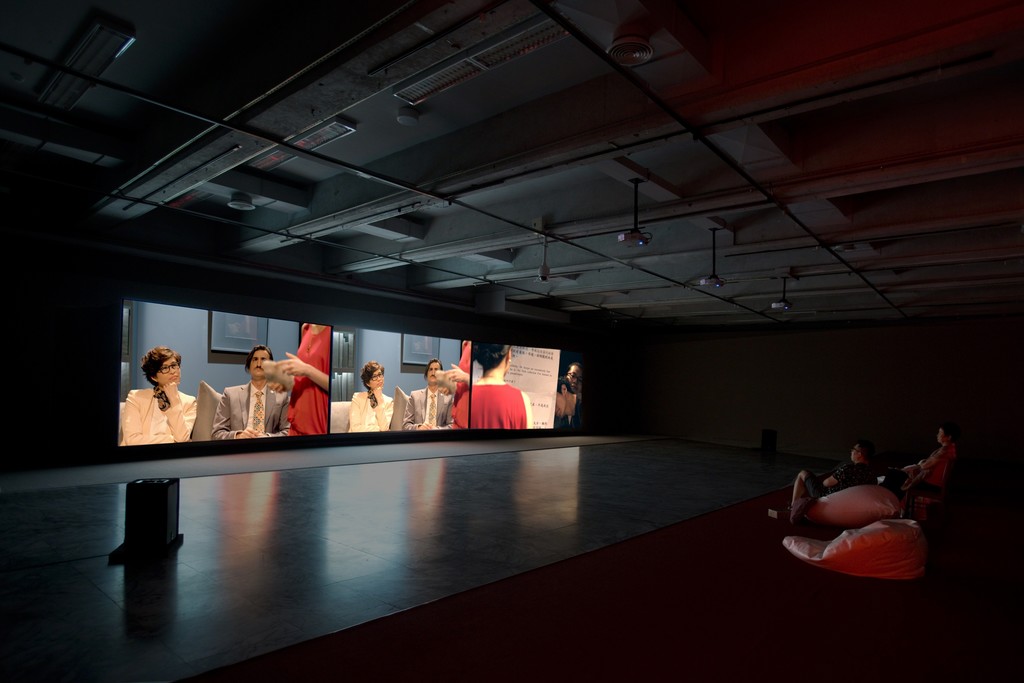 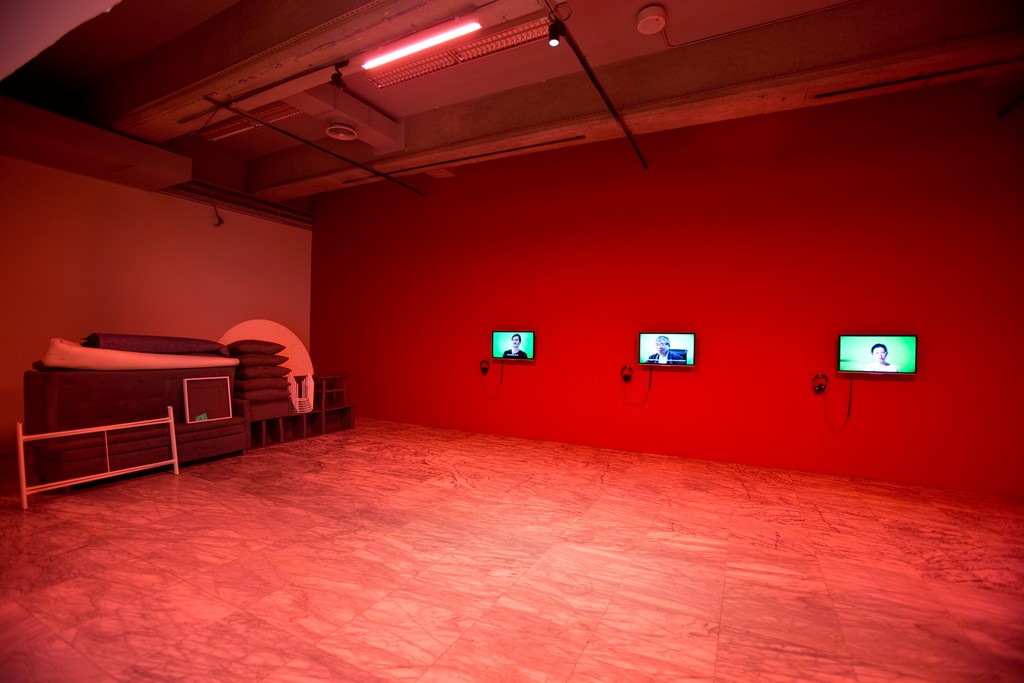 Yu Cheng-Ta adapts a playful approach to language in his video works, which involve realistic situations acted out in live performance to communication the artists’ concept of “living theater.” For Practicing Live, Yu invited a select group of people to rehearse and then act in a play that he filmed using different camera angles. He then pieced these fragments together to create a detailed picture of the multiple realities that this process communicates.

The play’s narrative involves an ordinary family coming together to celebrate their father's birthday. The key difference is that the family is played by real life art professionals instead of actors. Yu invited the Director of the Taipei Fine Arts Museum, a Japanese collector, his Taiwanese gallery director, an independent curator, an artist, an art critic, and an art academy Professor to perform in the play. Each individual's role overlaps with his or her real-life identity, which creates a tension that is injected into the play’s seemingly ordinary dialog and uncovers long-hidden realities of working in the art world. The audience watches as the participants deconstruct and reconstruct their various relationships. In this new work, Yu interprets the dynamics of the art world and the conditions of production that today's young artists must face.

Yu Cheng-Ta  born in 1983, currently lives and works in Taiwan. Yu studied at the Taipei National University of the Arts inTaiwan. In 2008, he received the 1st place of Taipei Arts Award (TFAM, Taipei) and was awarded Beacon Prize at Art Fair Tokyo in 2012. Yu participated in the 6th Taipei Biennial and was selected as one of the artists to represent Taiwan at the 53rd Venice Biennale. In 2009, he participated in the Biennial Cuvée 08 at OK center for Contemporary Art in Linz, Austria, and In 2012, he participated in the 5th International Biennial of Media Art at Experimental in Melbourne, Australia and Made in Asia Art Festival in Toulouse, France. He was one of selected artists for Encounters in Art Basel Hong Kong 2014.