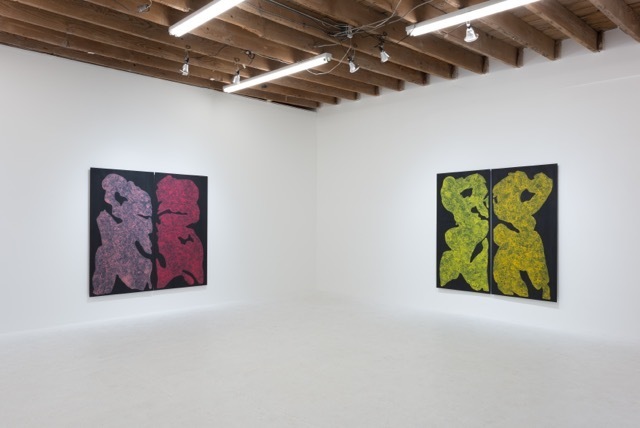 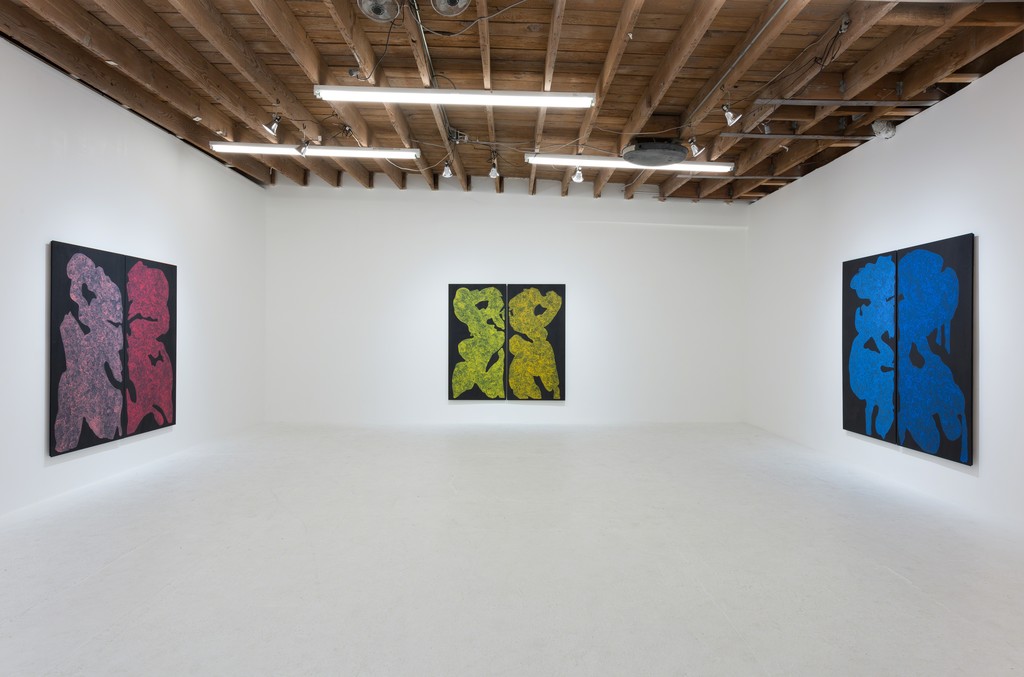 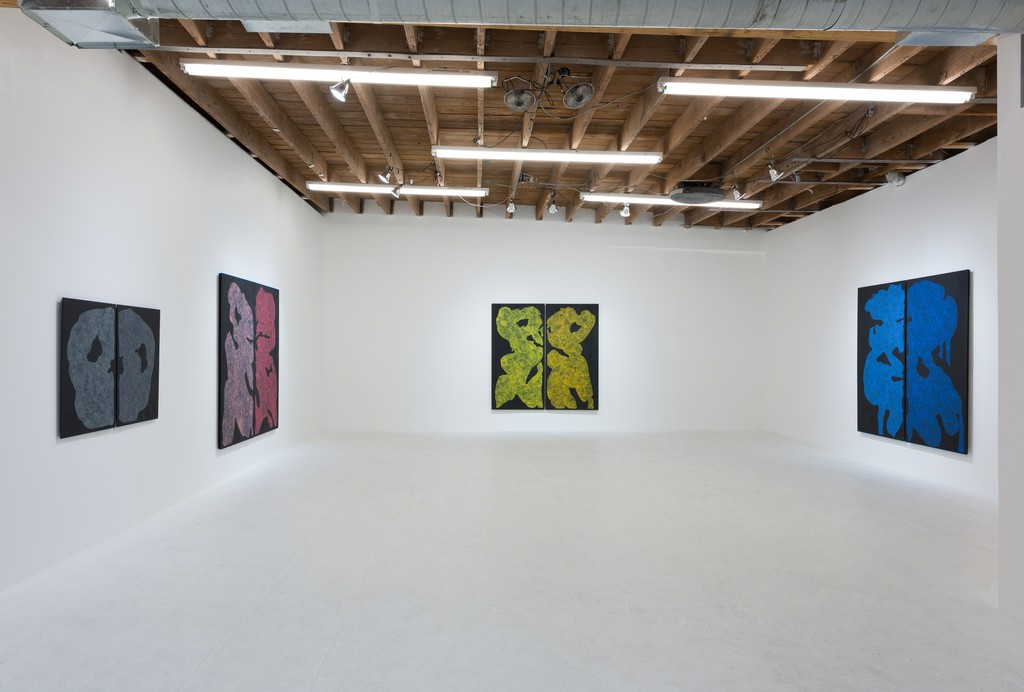 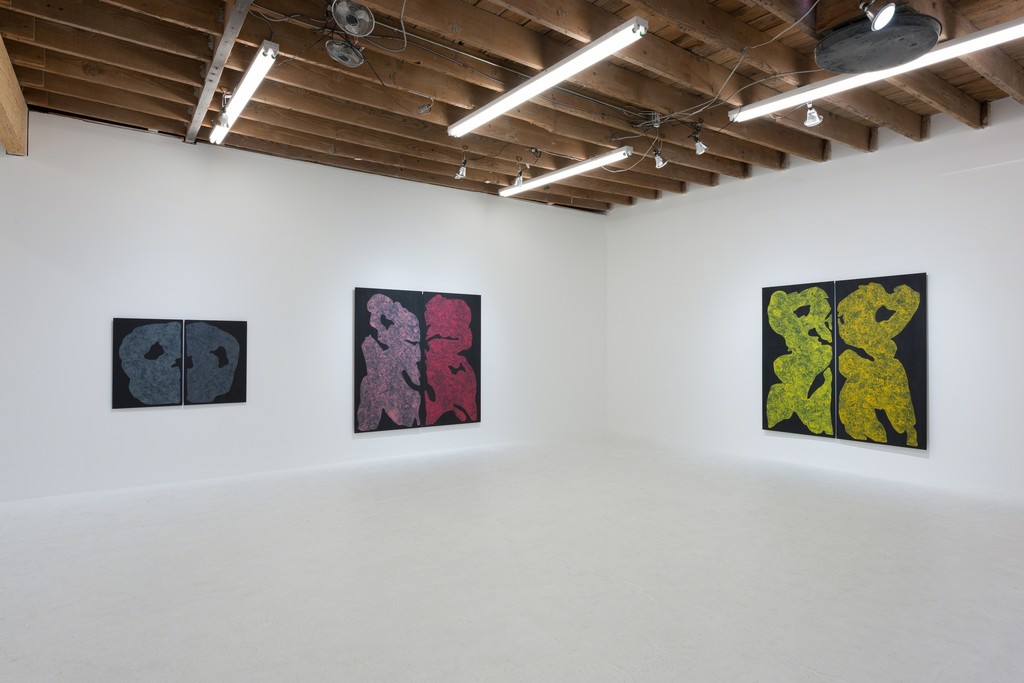 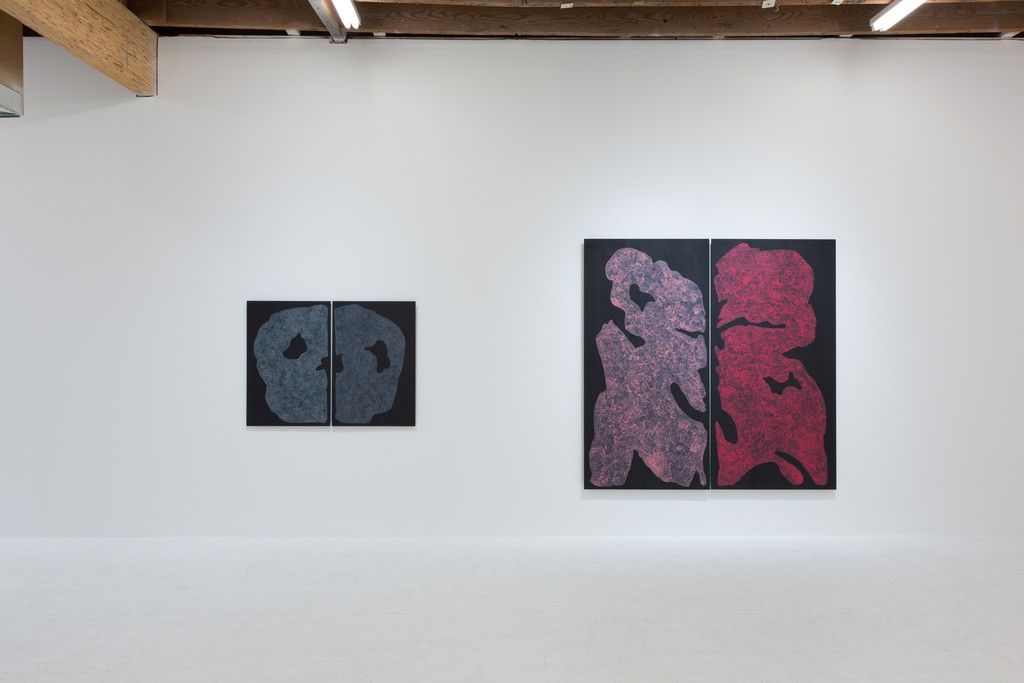 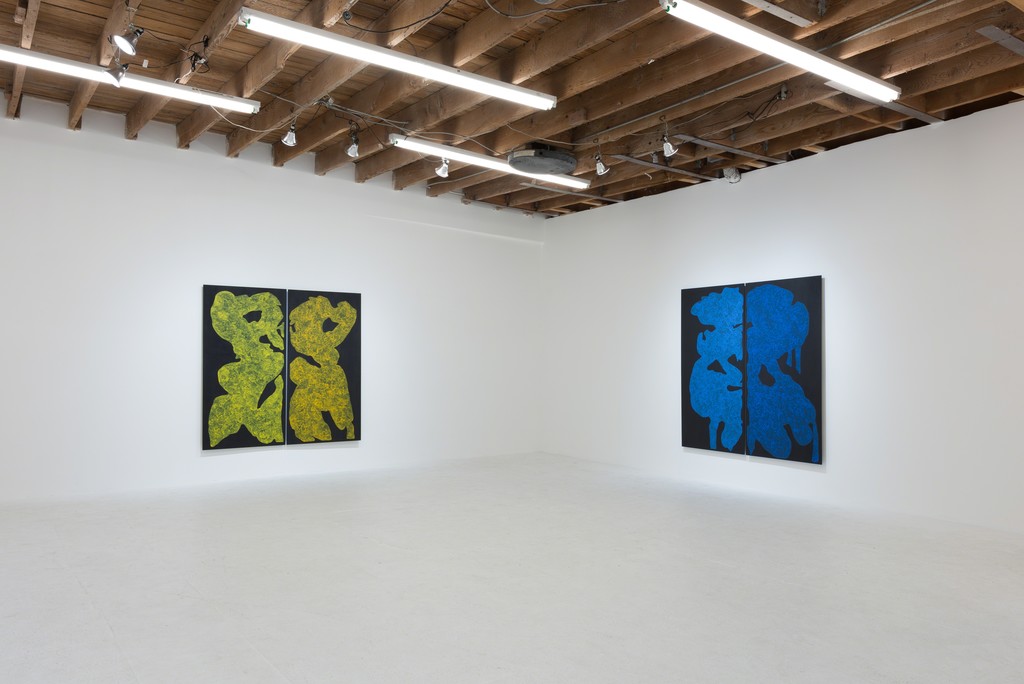 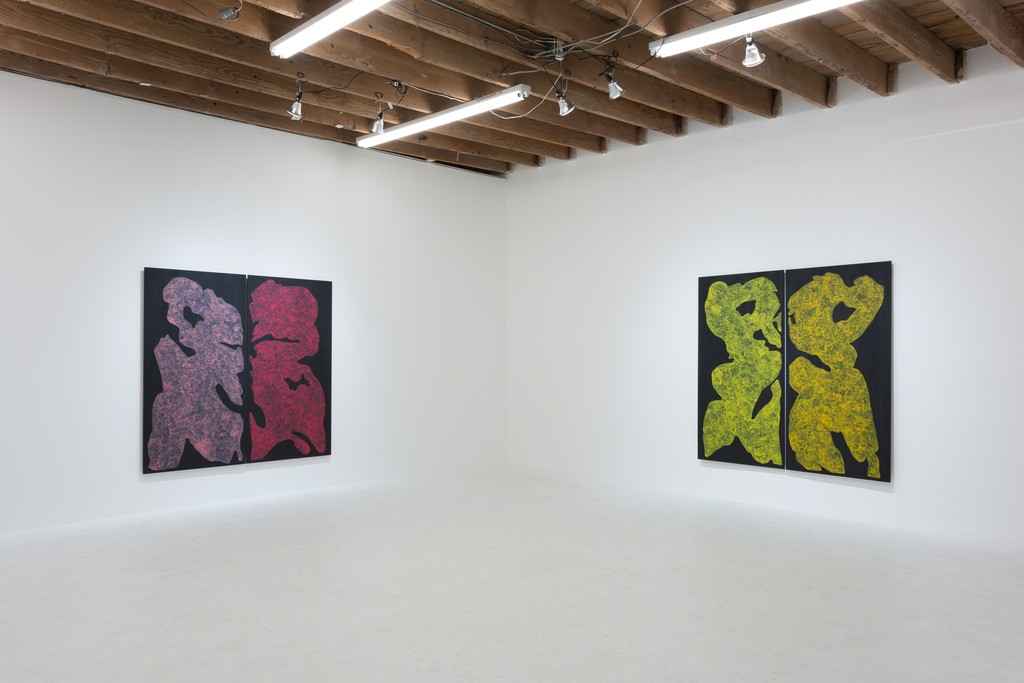 For Luster, Prieto has shifted key elements of her formal lexicon of shape, line, and color into new structural configurations that represent both a break from and direct evolution of her signature style of figurative abstraction. Rather than the luminous “empty” ivory grounds and levitating serpentine lines of recent series, Prieto has been painting black gesso grounds on wood panels. Against this background, like misshapen gems on a jeweler’s velvet cloth, individual monochromatic shapes are formed by the precise deployment of spectral brushwork. As her mark-making undulates and accumulates, it coagulates to form whole solid shapes made of many individual strikes. While much of her early employment of this idiom has used circles in pairs to reference the eye, as she proceeds the shapes become more complicated and even figurative.

Her single-colors stories tend either hot or cold, blue and indigo, or scarlet and pink…Deploying her signature textural gesturalism as an architectonic material, the new forms are more distinct and self-contained. Within her more pared down palette, she choreographs the optical effects of chromatic nuance to create not only shapes but the glimmer of pictorial space. Her quasi-figures emerge like faded nebulas in a telescopic sky; space is created inside the image not by acrobatics but by detail-rich contrast in topography and spreading shadow.

In this new compositional mode Prieto works more monolithically, with one or two central figures and the strategic suggestion of motion; and thus the strong emotional undercurrents in the work more closely channel human experience and physical phenomenology -- yet remain crucially tethered to the foundation of abstraction. For example, the large-scale panels of her new diptychs are hung with a slight gap, leaving the pairs of figures drawn towards each other across an empty space. This choice creates not only architecturally engaged pictorial space and interior momentum, but also a story -- a metanarrative that tells two tales at once, one about shapes in color fields, and one about souls in the world.