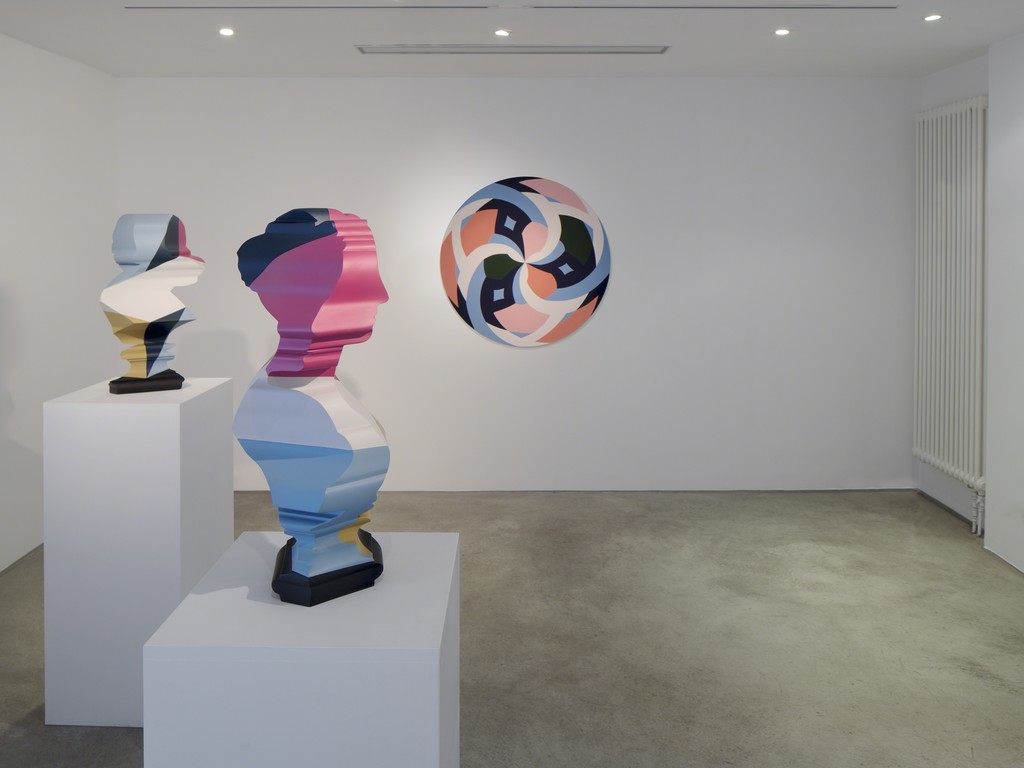 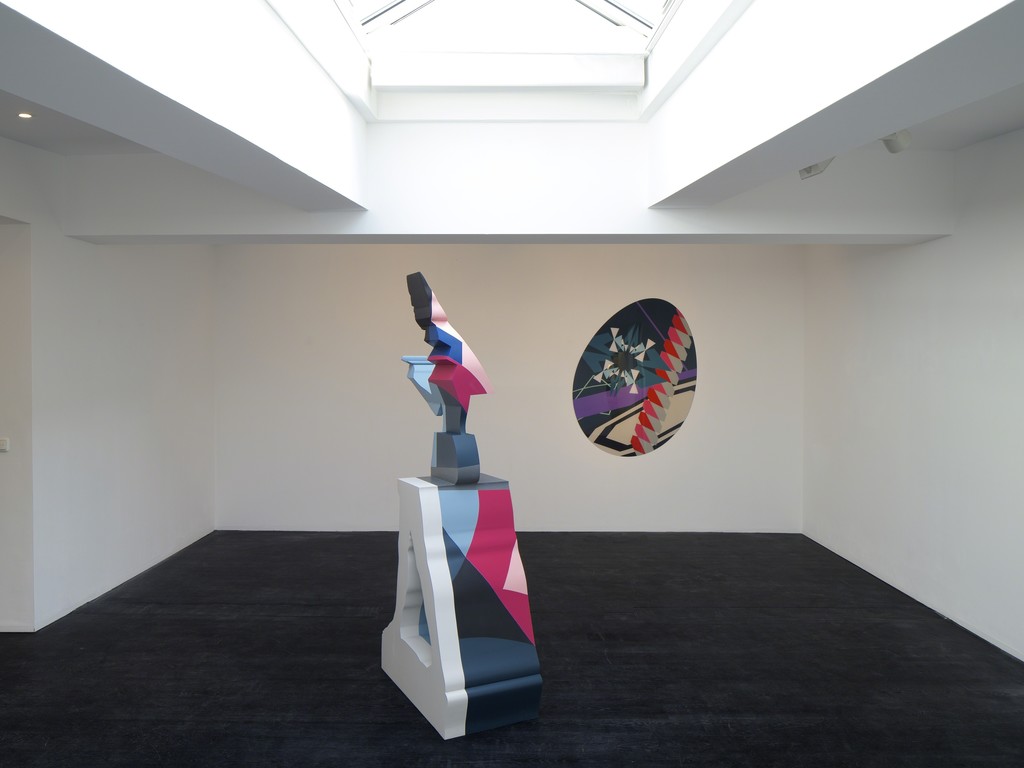 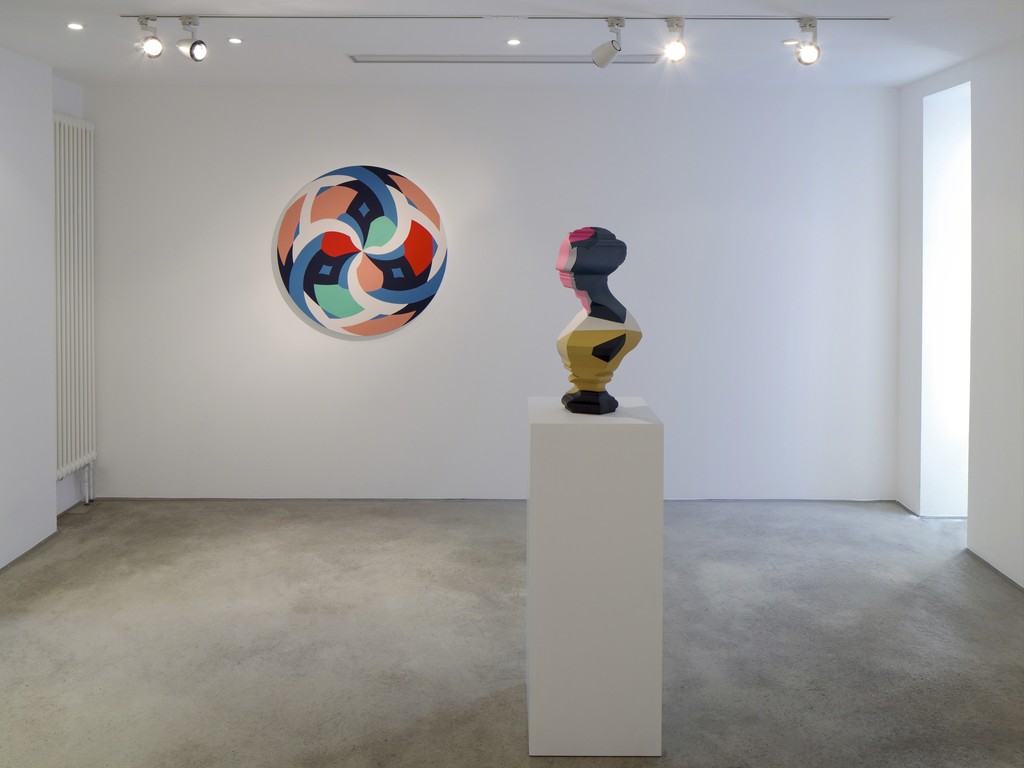 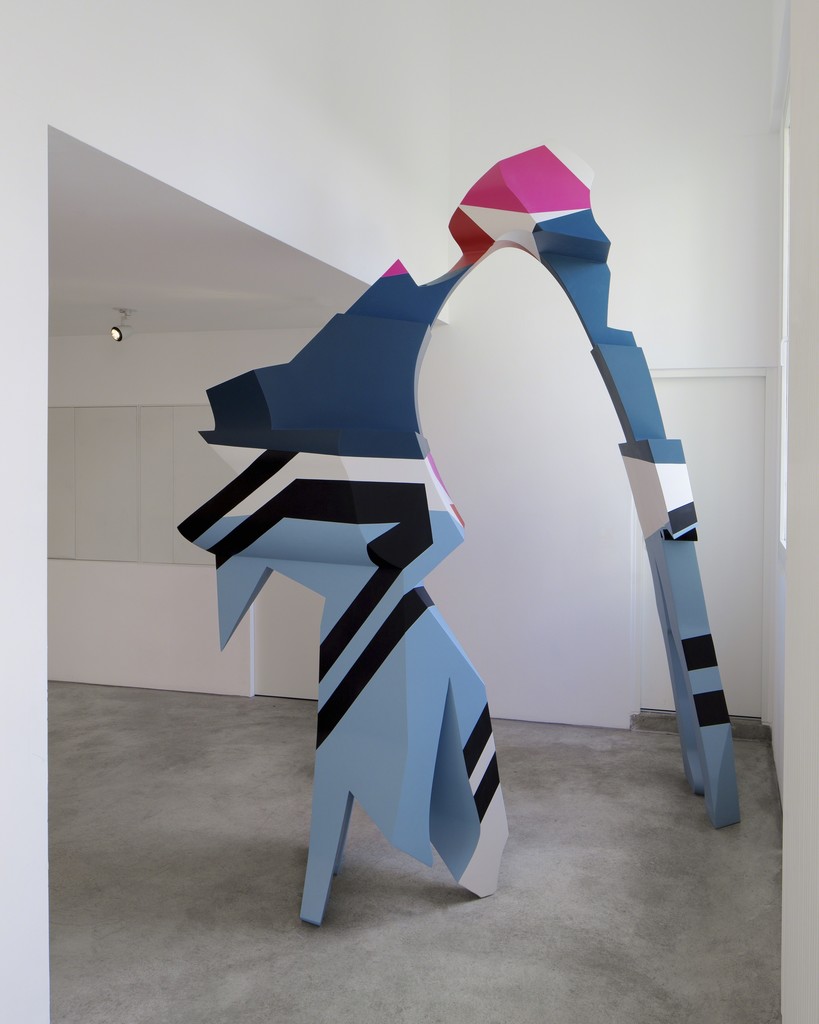 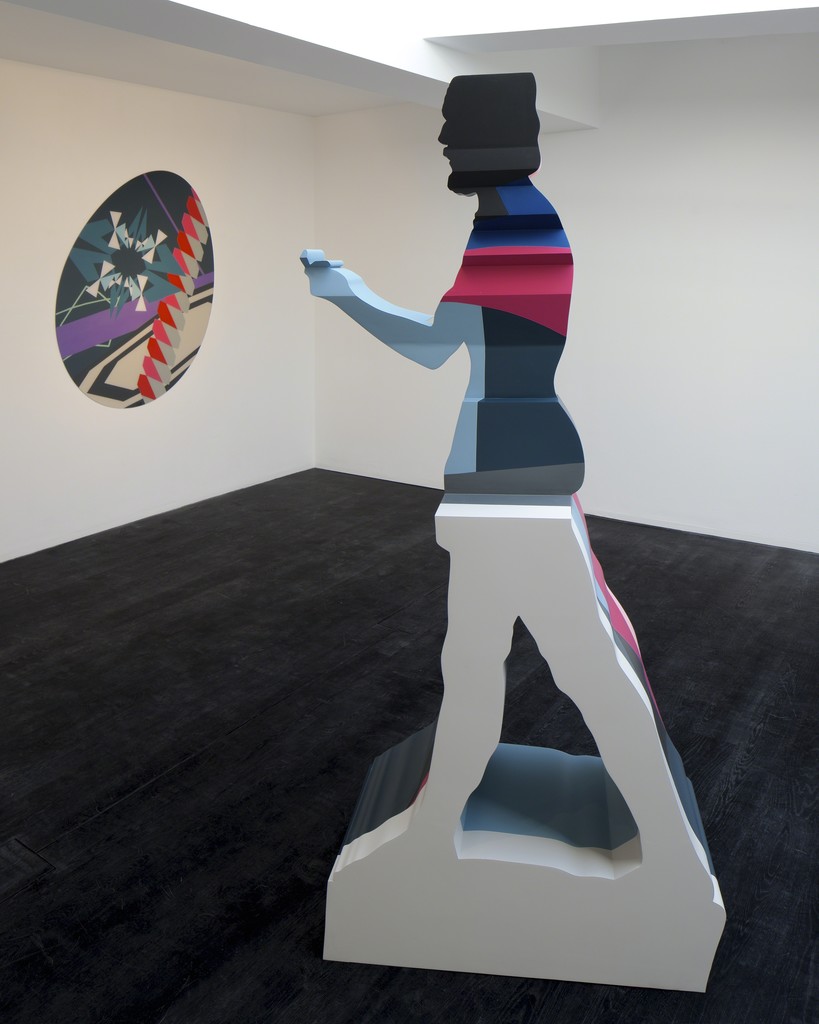 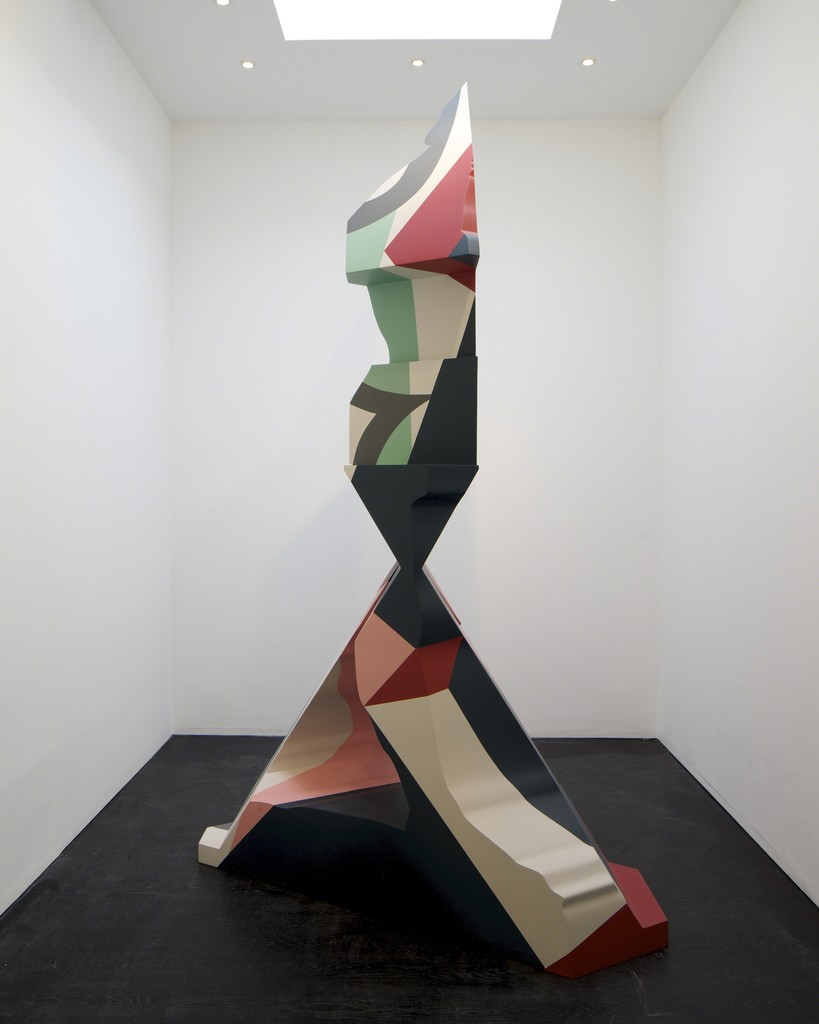 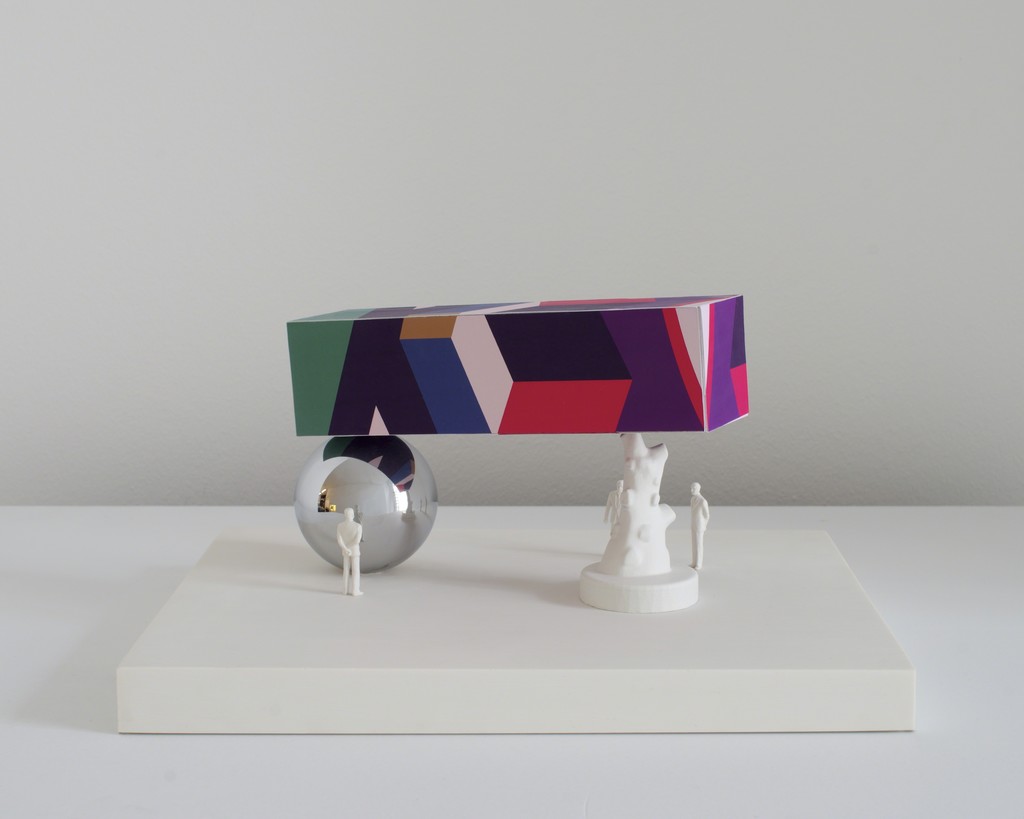 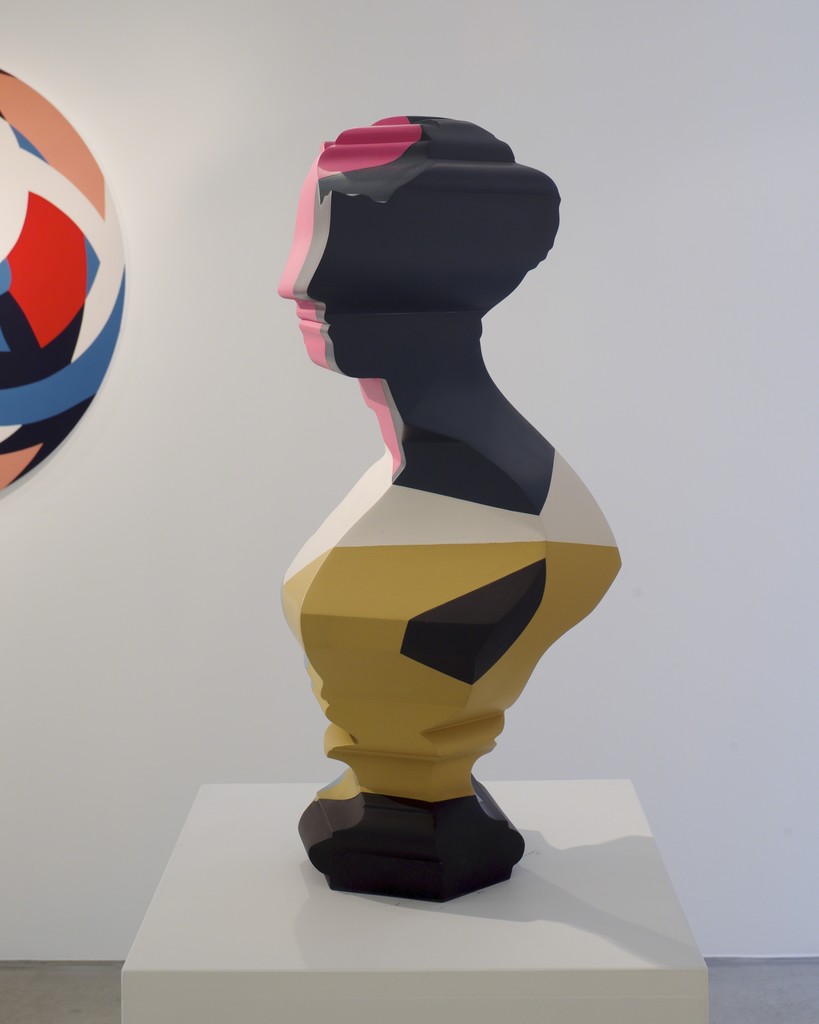 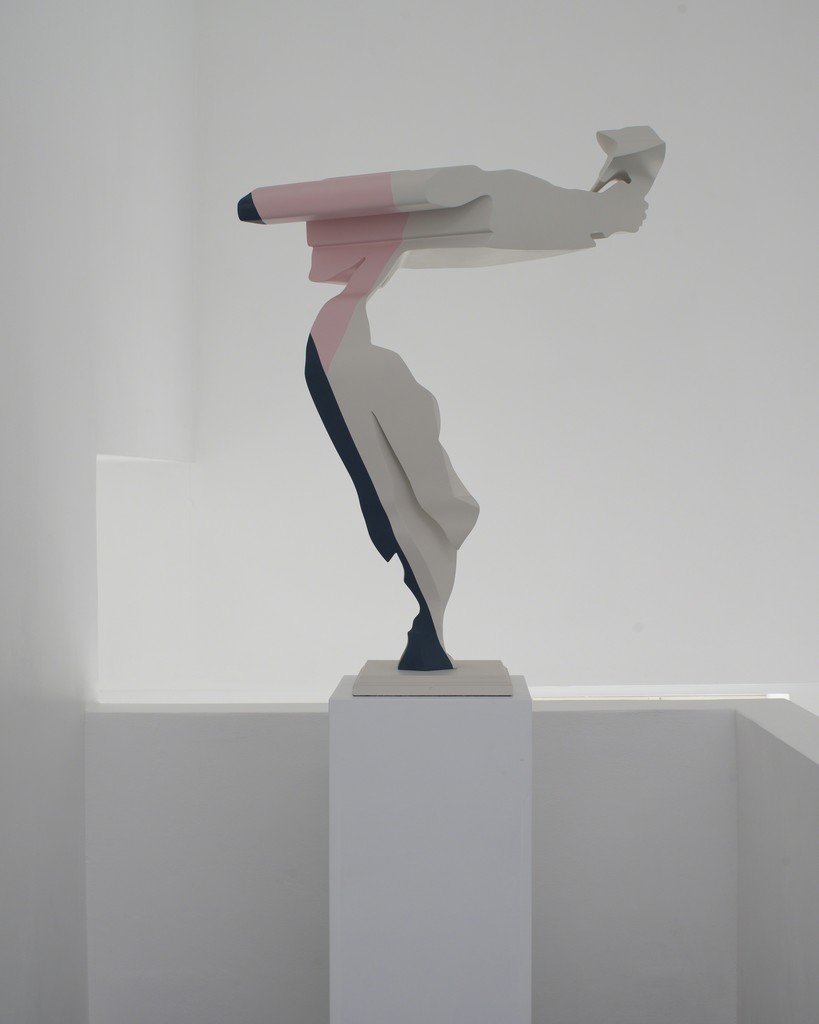 Nick Hornby and Sinta Tantra: Collaborative Works II Press Release 28th March 2015
For our second exhibition of 2015, CHOI&LAGER Galerie is proud to present Collaborative Works II: new and recent works by British sculptor Nick Hornby and the British-Balinese painter and installation artist Sinta Tantra.
Having presented their first installment of collaborative works in the public lobby of One Canada Square (Canary Wharf, London) during 2013, this move into CHOI&LAGER’s gallery environment offers a platform for new dialogues between their highly-crafted, semiotically-loaded works.
Hornby and Tantra met at London’s Slade School of Fine Art in the early 2000’s, the artists have since followed divergent career paths. Nick Hornby has developed a sculptural practice that draws heavily on postmodern historicity and referentiality, intertwining elements of classical architecture, platonic solids and modernist sculpture.
Using three-dimensional modeling software, the artist subtly skews, distorts, and combines silhouettes borrowed from well-known sculptures of art history that become recognisable only when the viewer approaches the work from multiple viewing angles. Furthering this complex interplay of elements, Hornby then hand-crafts these models in traditional materials such as bronze or white marble resin while maintaining the hard- edged, polygonally-extruded aesthetic of the digital.
Sinta Tantra deploys a different set of historical references. Guided by her training as a painter, the artist draws equally upon aspects of Pop and Formalism as the guiding principles of her distinctive palette and rigorously controlled pictorial structure.
Tantra’s work expands seamlessly from canvas, to mural, to installation-scale. Her hybridity of aesthetics coupled with an adaptability of scale that borrows from architectural thinking opens up a productive discursive space for interrelated notions of identity, globalization, localization and branding.
Despite different subject and method, the artists share an uncanny similarity in their relationships to geometry, figuration and abstraction. Both artists ask the viewer to negotiate not only the borders between physical and pictorial space, but the intersection of personal narrative, collective cultural memory and the social codification of place.
Displayed throughout the two floors of the gallery, Tantra's painted Hornby sculptures and Hornby's Sculptural re-imaginings of Tantra's painted works set up a chain of associations and resonances between both themselves and the space, making for one of CHOI&LAGER’s most conceptually rich exhibitions of recent memory.