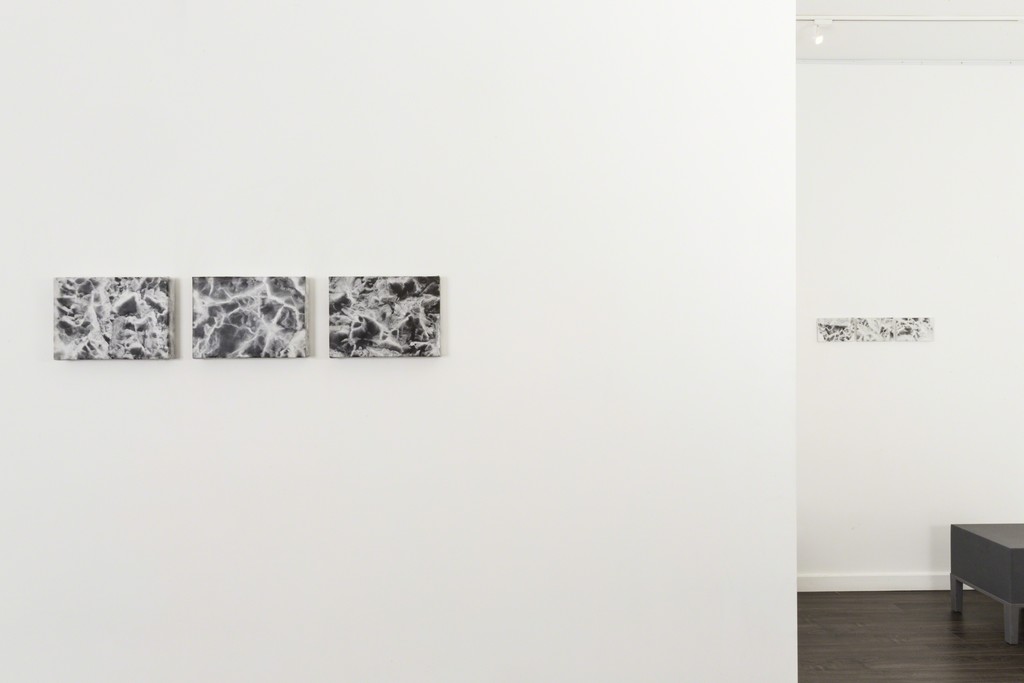 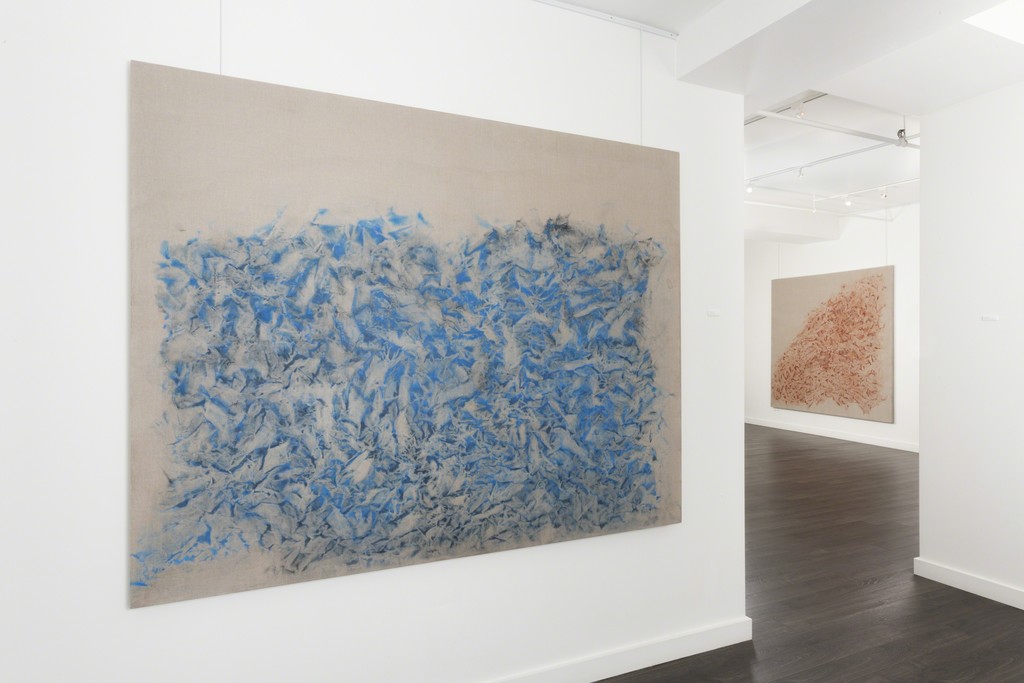 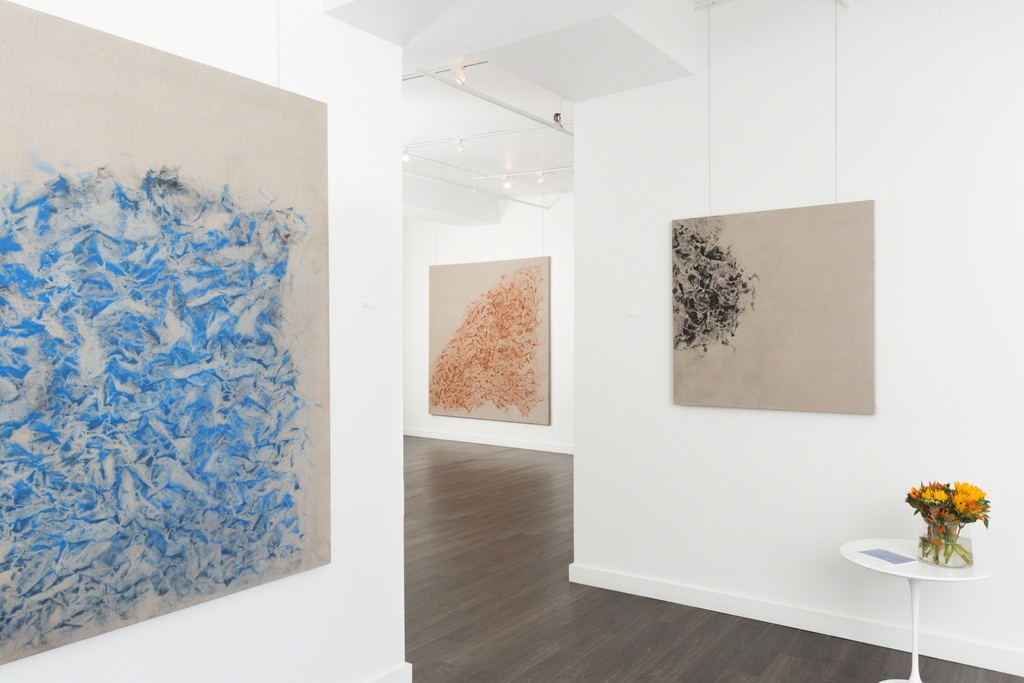 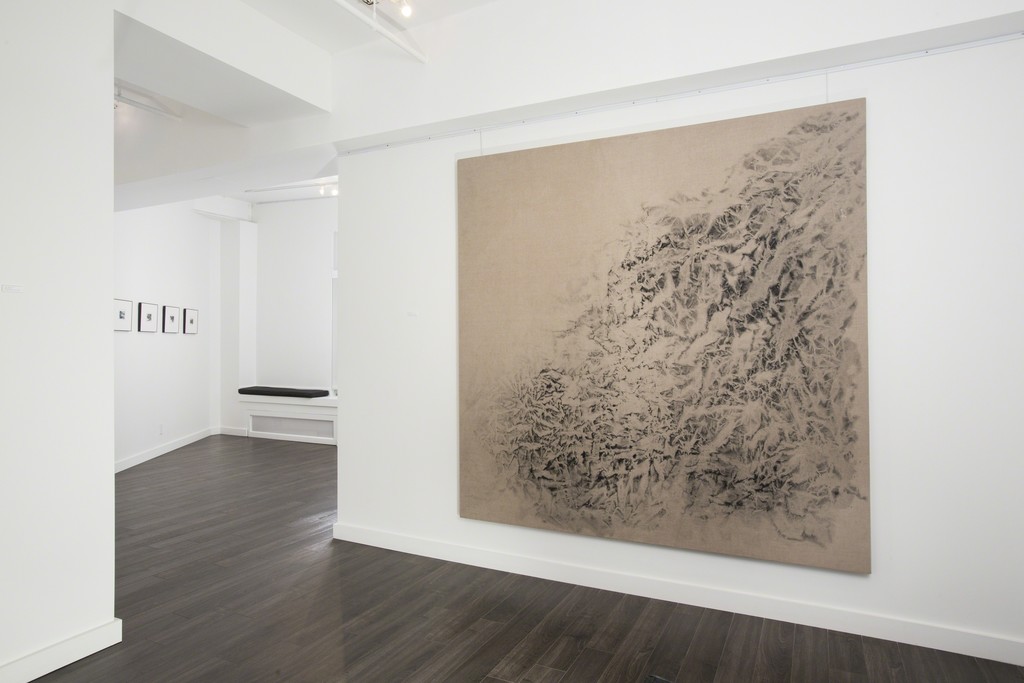 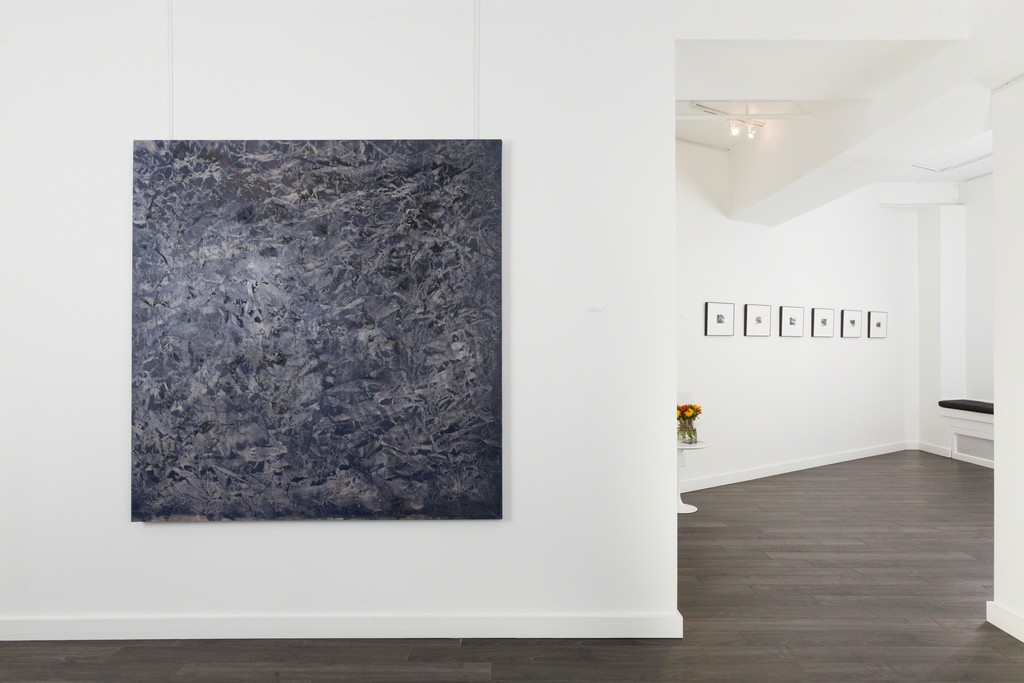 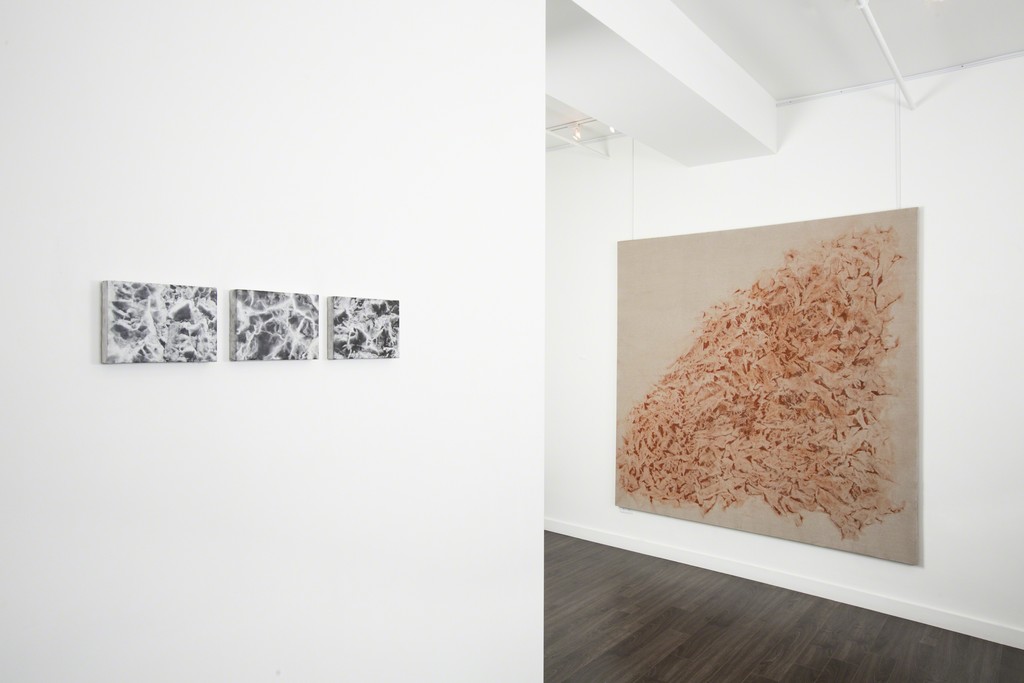 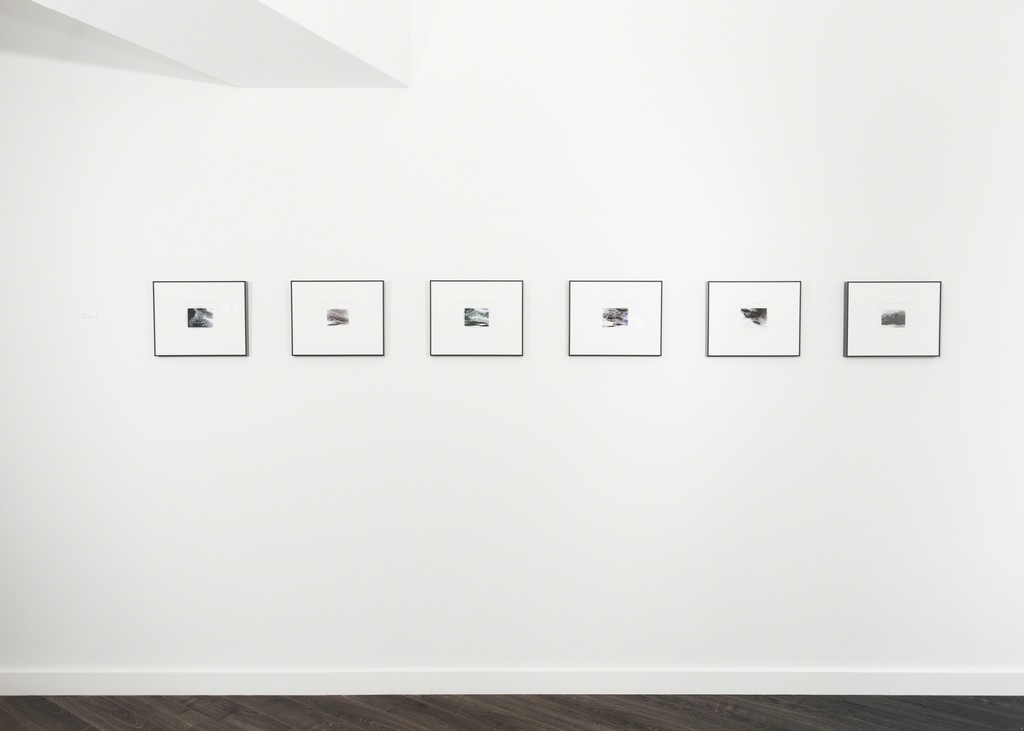 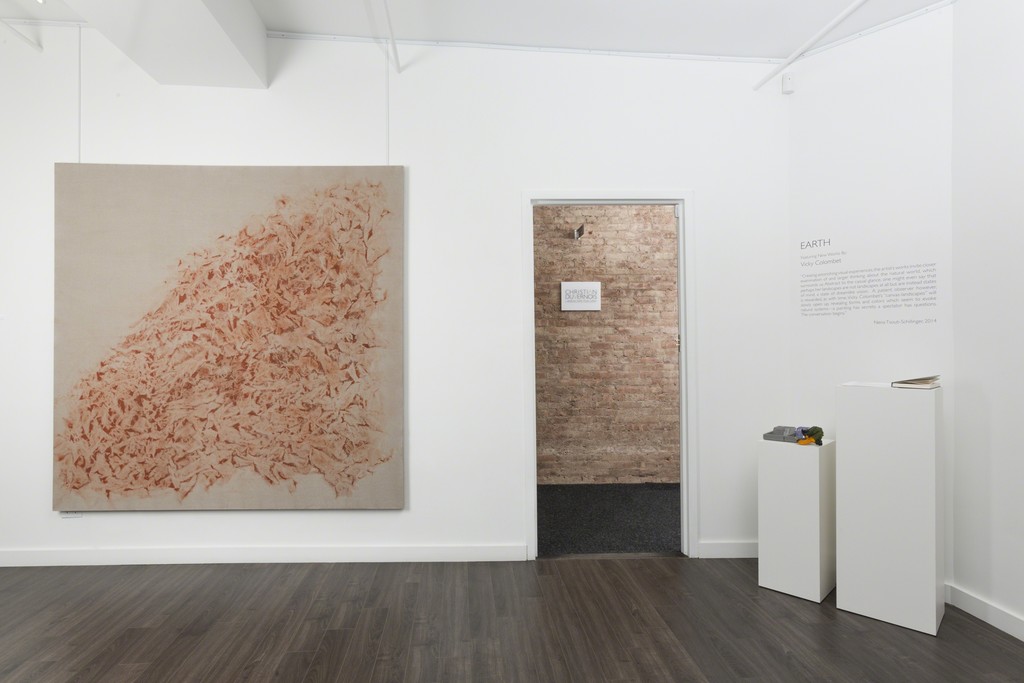 CHRISTIAN DUVERNOIS GALLERY OPENING:
“EARTH”
Vicky Colombet
/NoHo, New York City – Christian Duvernois Landscape/Gallery is proud to present a solo exhibition with new
paintings and digital photographs by American artist (French born) Vicky Colombet, on view from October 22, 2014 to December 19, 2014.
The opening reception is on Wednesday, October 22nd, from 6 to 8 PM.
The exhibition features five large paintings and two triptychs rendered in oil, wax and pigment, as well as seven digital
photographs titled “Hudson Series”. Colombet’s work is both abstract and suggestive of landscape. The critic Nena Tsouti-Schillinger writes, “Colombet is an abstract painter who seems to imbue paint with emotional resonance; at the same time, the rigorous reductiveness and repetitive aspects of her imagery might well cause her to be labeled a Minimalist.” Her landscapes translated to glass evoke translucent drawings of light suspended in space. Mostly monochromatic, the paintings of Colombet lend themselves to contemplation and reflection.
Made with natural gem and earth pigments, the new paintings are both earthbound and transcendent. The movement
is upward, often dissolving into blank canvas as though a morning mist is obscuring the view or a coastline is giving way to a vast ocean.
The intimate scale of the smaller triptychs allows the viewer to apprehend in one glance the detailed brushwork. The
perception is as if one is looking through a magnifying glass. One tends to move up close, absorbed by the painting.
While working on her paintings in her upstate studio, the artist has been photographing the clouds passing over her
barn with her iPhone. The low resolution digital photographs were printed on vellum using a slow drying process.
These photographs evoke the ephemeral nature of light and the ambiguity of what we see.

Vicky Colombet’s work is in important private and public collections in the United States and Europe. Her work has
been featured in Art News, Art Forum’s Critics’ Picks, Art in America, and El Pais, among others. She received a grant
from the Adolph and Esther Gottlieb Foundation in 2001 and is the recipient of The Pollock-Krasner Foundation this year. Her upcoming projects include the creation of a large glass sculpture for a public park, commissioned by Rubis Mécénat in Paris, and a documentary “The Glass Wall” on her monumental glass work in Spain from the filmmaker Joan Freeman, now in production.