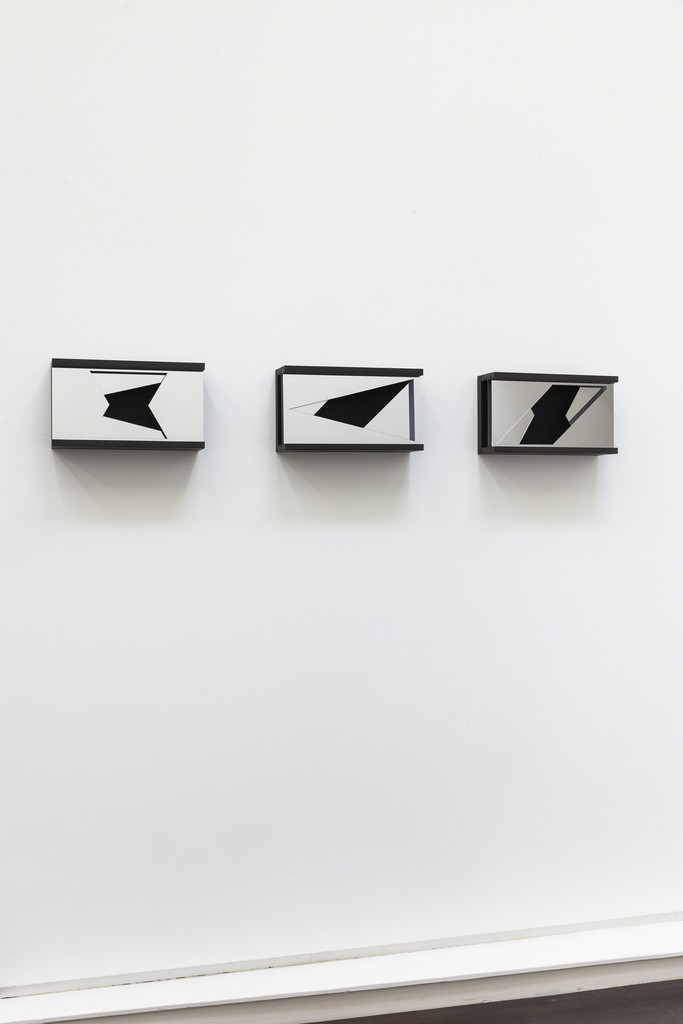 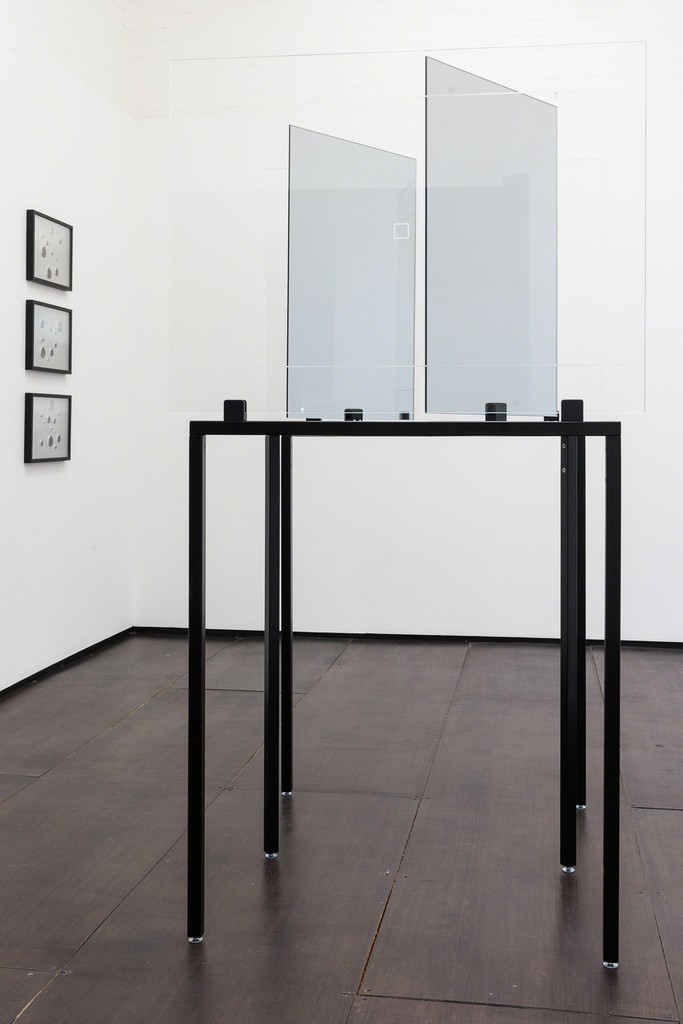 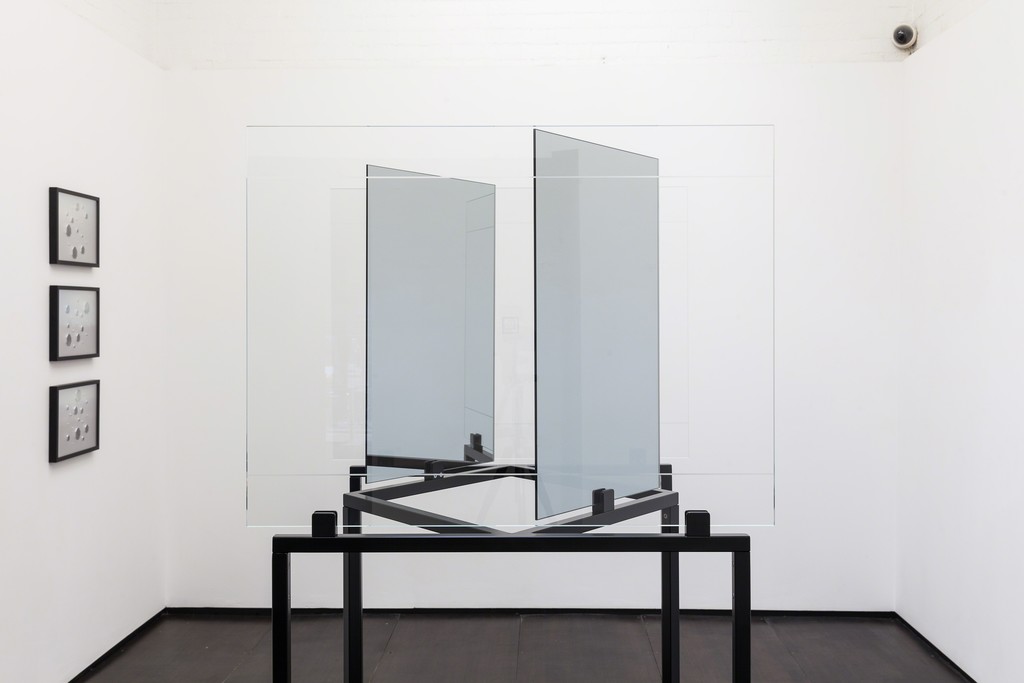 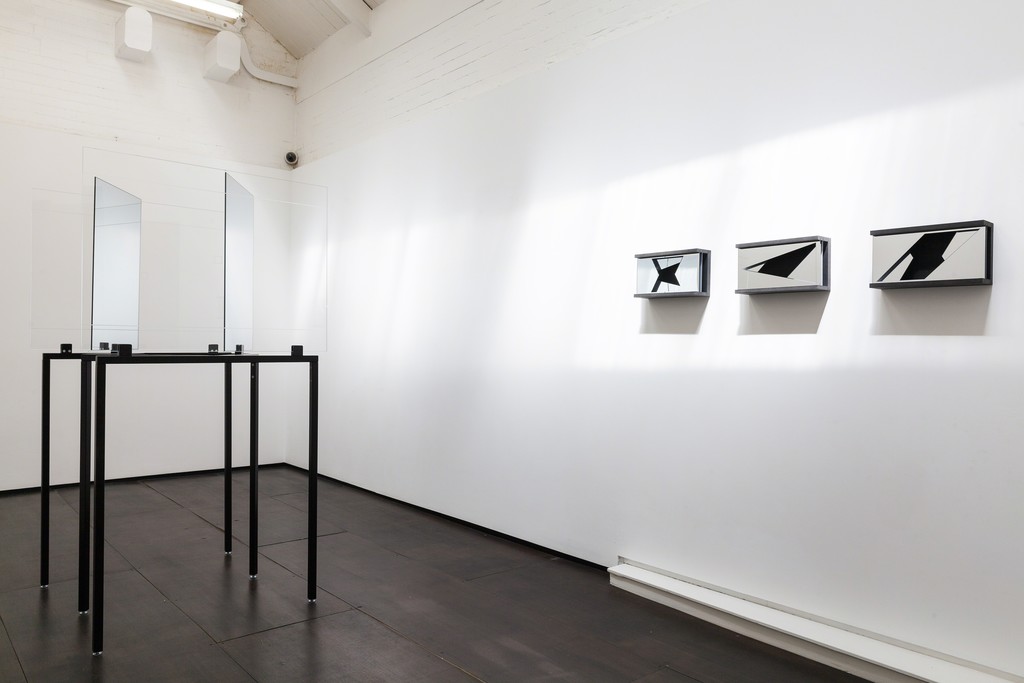 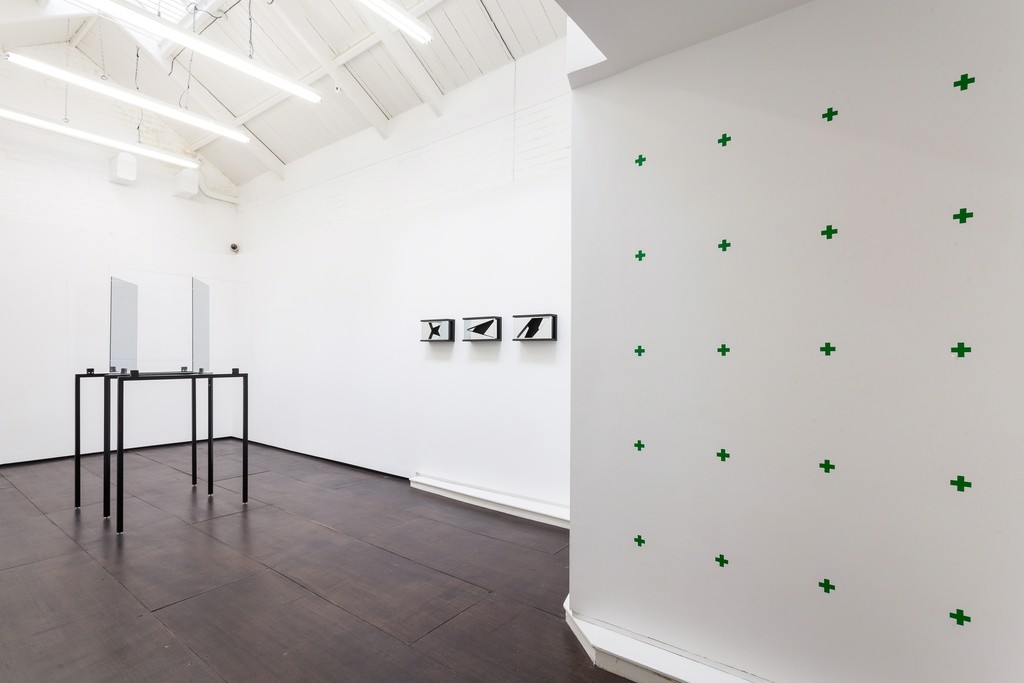 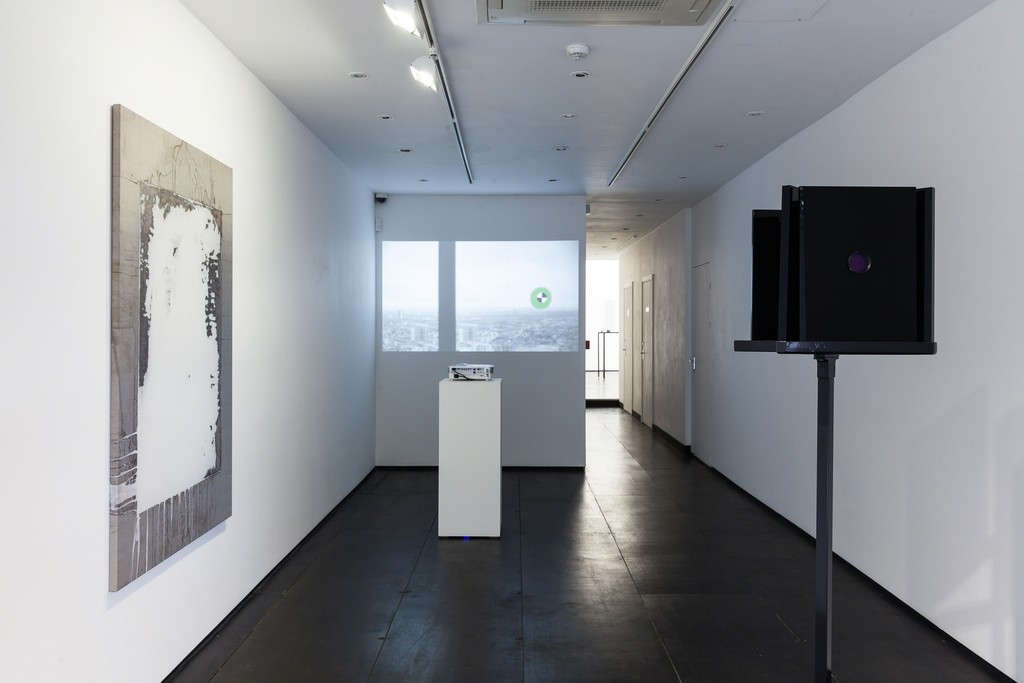 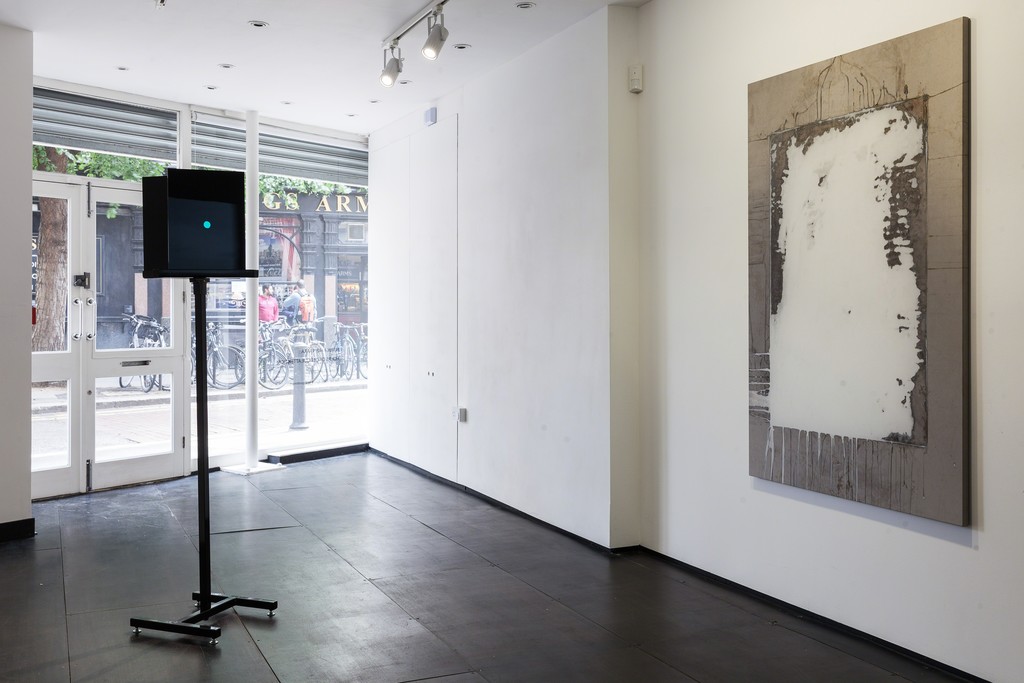 Aarnivaara’s sculptures are reminiscent of camera equipment that reflects, filters, or mirrors light and images of a place. Mounted on tripods, they are mobile and easily disassembled, like tools with interchangeable parts that can be used to various purposes, such as projection surfaces or props for a photo shoot. The point of departure for Aarnivaara’s photo-based works is often architecture. Through walks and visits he explores how buildings affect a viewer in motion and function as ocular tools.

Primarily working with sculptures influenced by various support structures for image production like tripods, stands, and studio equipment, Aarnivaara’s practice incorporates a wide range of media including photography, video, and text to investigate what can best be described as a calibration process between users and optical devices, a specific focus that resonates in a wider context of our bodies, or users adjust to the pace, function, and rhythm of things. “The building presents itself to us as a field of action, as does a sheet of paper or a viewfinder...” (Robin Evans)

Operating various ocular devices involves looking, bodily movement, and processing information seen through the device. “From the interaction between camera and photographer sculptures are produced that refer back both to shape, and the materiality of the optical object and how the person acts when using that object.” (Zane Onkule) In Aarnivaara’s work Citizen Sixteen by Nine lines delineating a 16:9 rectangle and a squared focus screen are blasted on to the two outer glasses, resembling a viewfinder or smartphone camera screen. Two angled two-way mirrors limit the gaze to pierce the work through a narrow gap, while the angle directs and prompts movement around the work. Schizoid Picturesque, a sculpture inspired by two optical tools used to manipulate citizens' thoughts and minds in the British television series The Prisoner from the 60s.

In Aarnivaara’s minimal works he mobilizes a wide range of references and sources from old experimental short films to fictional optical devices from spy and science fiction movies, computer vision geometry, and architectural space configurations to explore the skewed tuning between the corporal and optical.

About the Artist
Patrik Aarnivaara (b. 1977) is an artist based in Malmö, Sweden. His works are influenced by the interaction between viewers, optical devices and architecture, employing sculpture, video and photo-based works to explore the act of observation. Aarnivaara’ previous solo exhibitions include Slow Motion is Monumental Sculpture, Galleri Charlotte Lund, Stockholm (2012), A Monument Which Needs a Shape, Which Needs a Story, Which Needs a Text, Which Needs Letters, Johan Berggren Gallery, Malmö (2010), General Interpretations and Specific Forms, Galleri Charlotte Lund, Stockholm (2009) to name a few. He is also featured in recent group shows such as Society Acts – The Moderna Exhibition, Moderna Museet Malmö, Malmö (2014), as well as other exhibitions in various cities including The Ghost of a Movement, Embassy Gallery, Edinburgh, Scotland (2013), Muted Fanfare for the Shy, Narrative Gallery, London (2013), Inside and Out, kim? Contemporary Art Center, Riga, Latvia (2012).