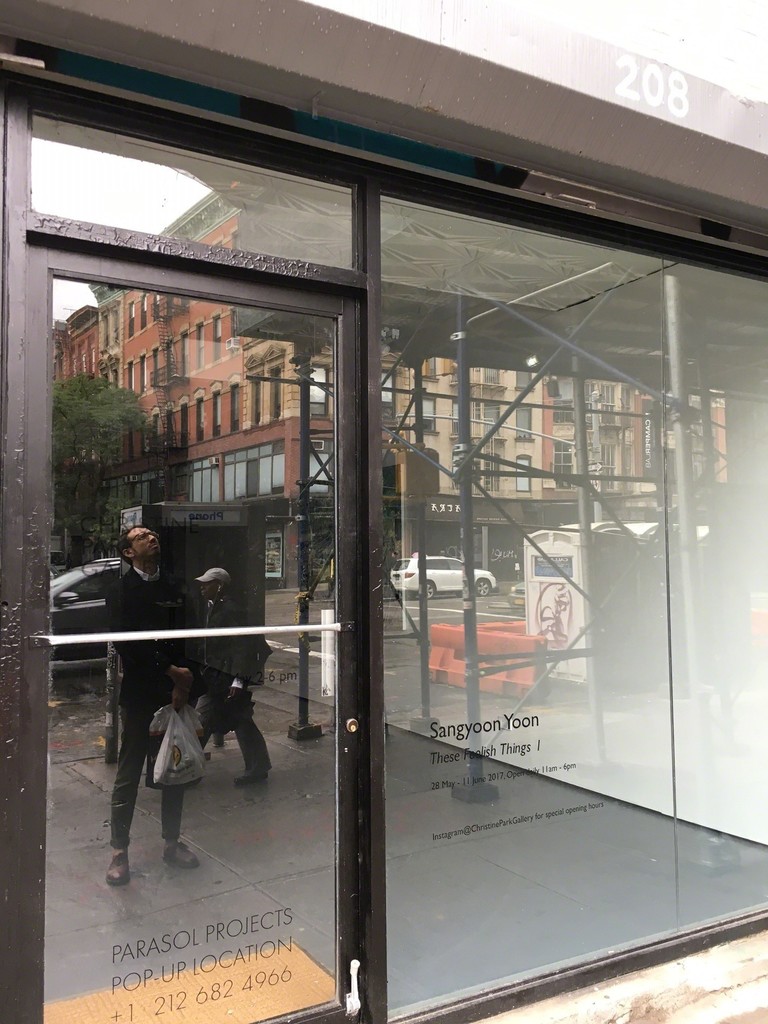 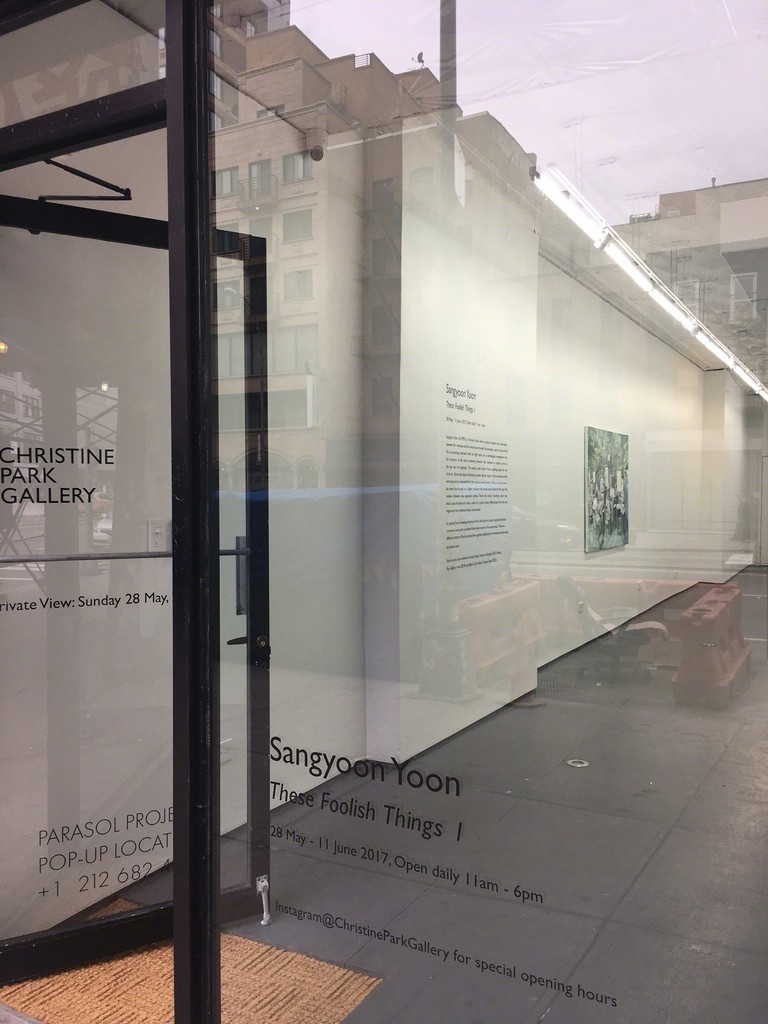 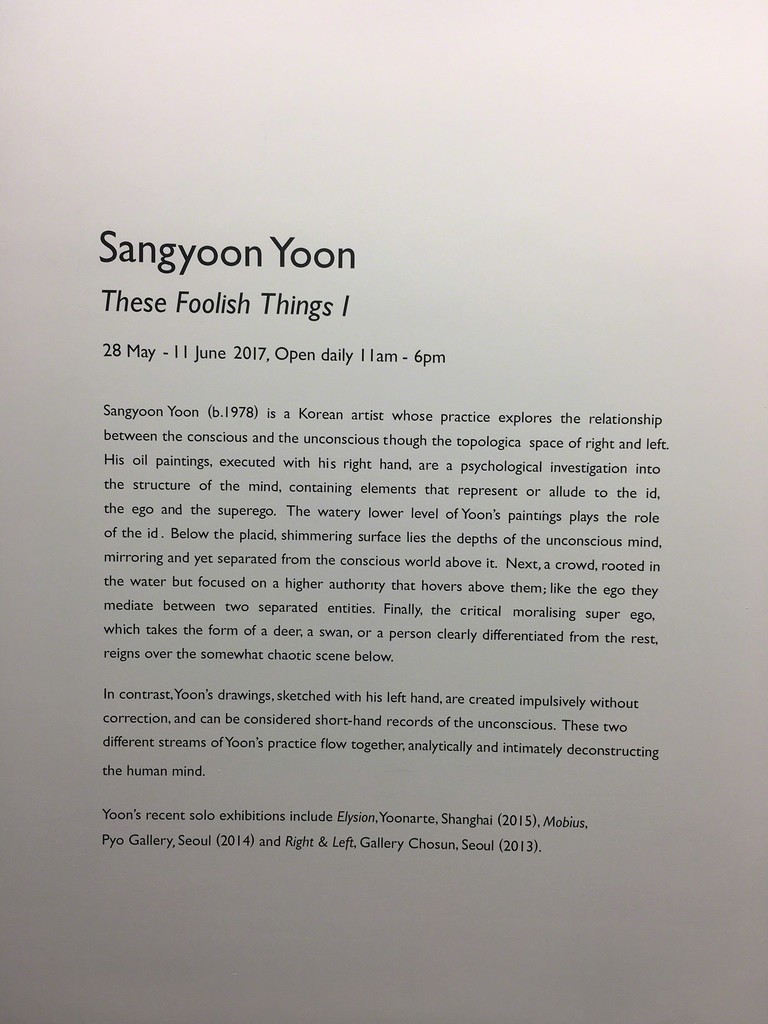 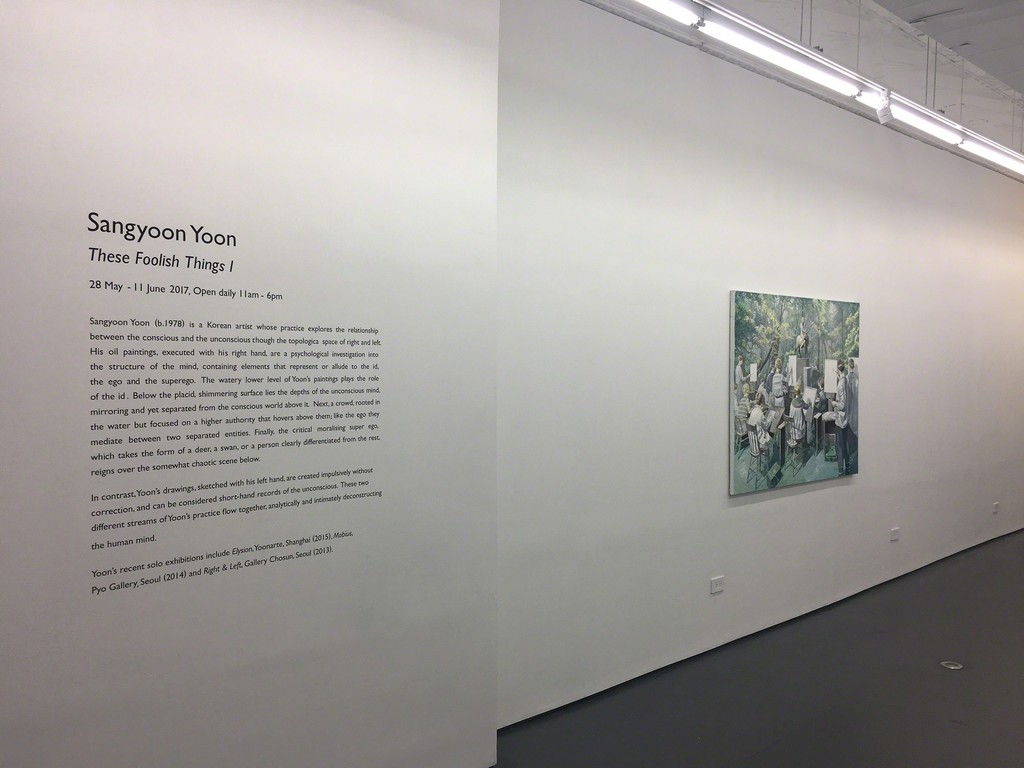 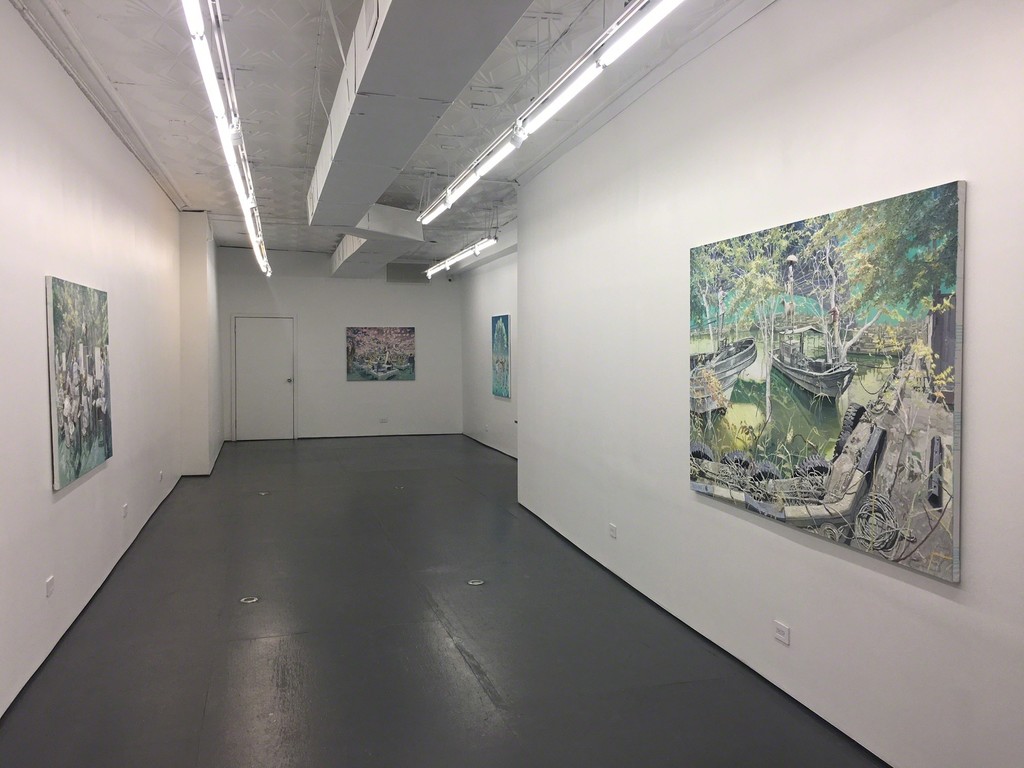 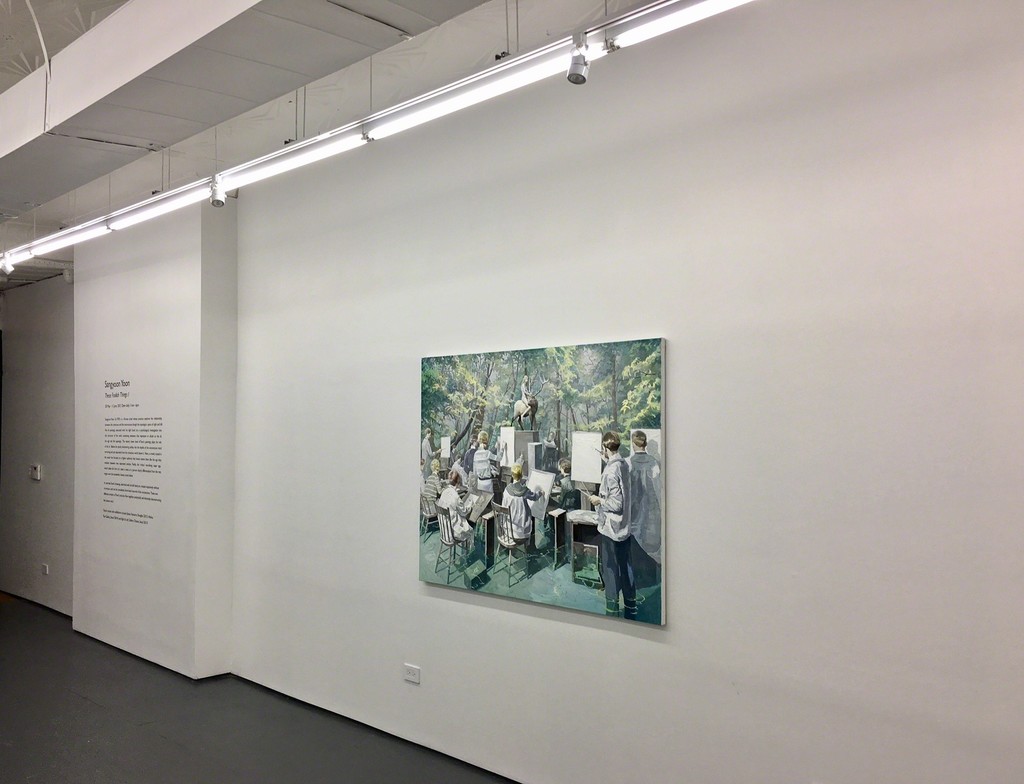 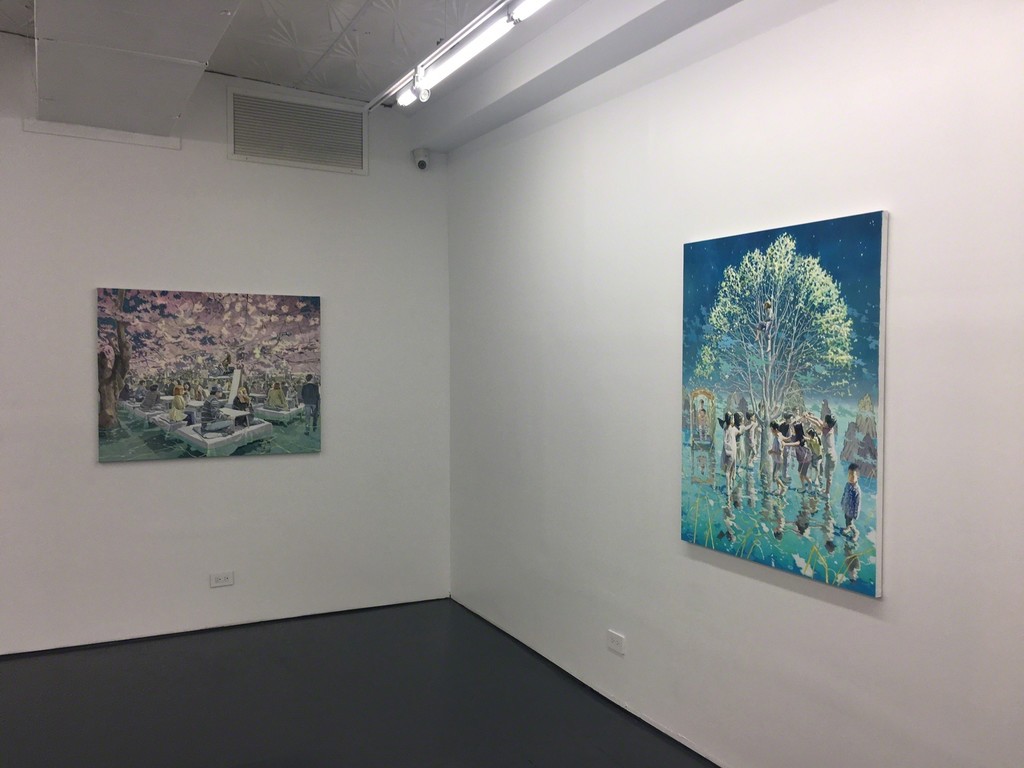 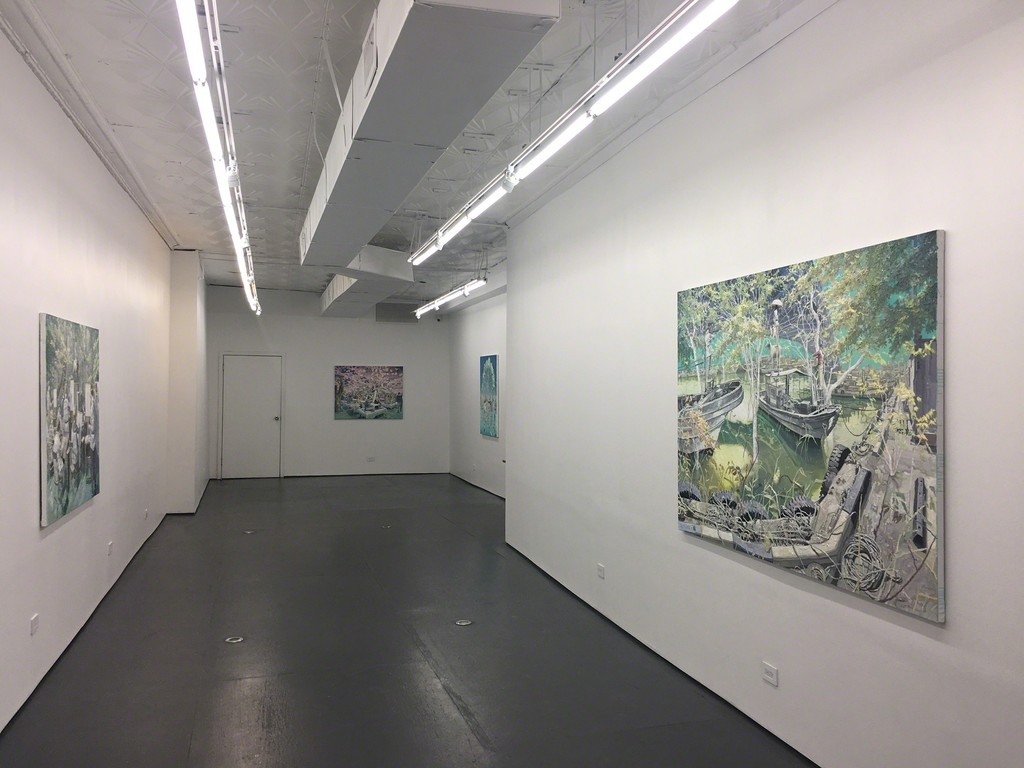 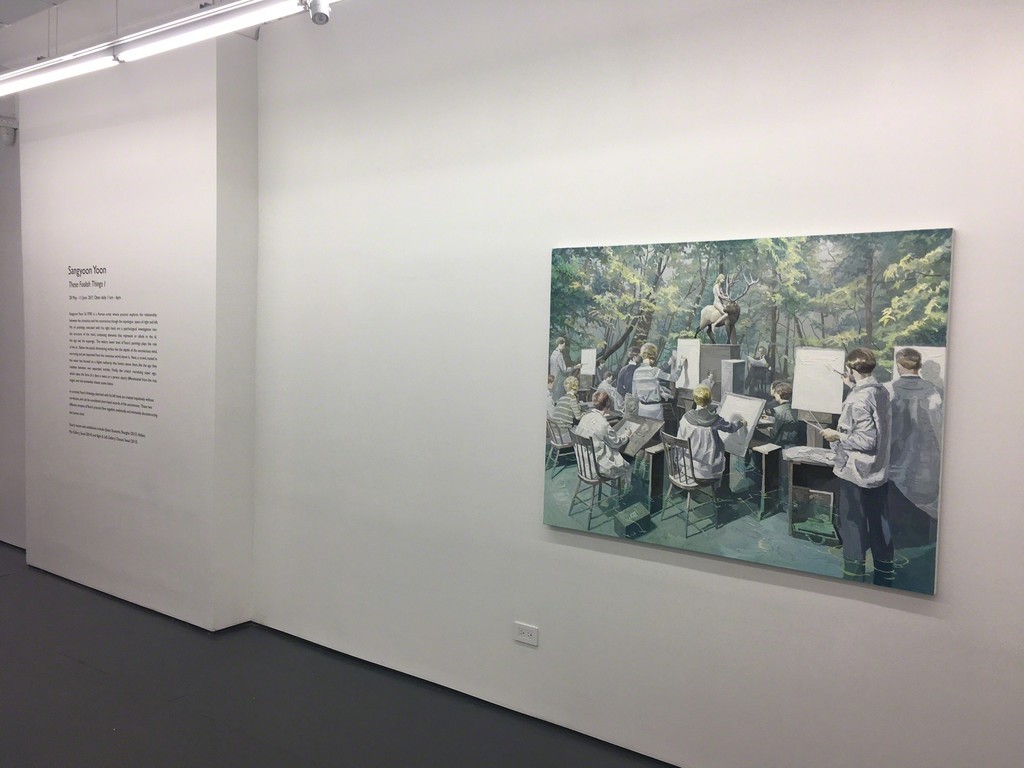 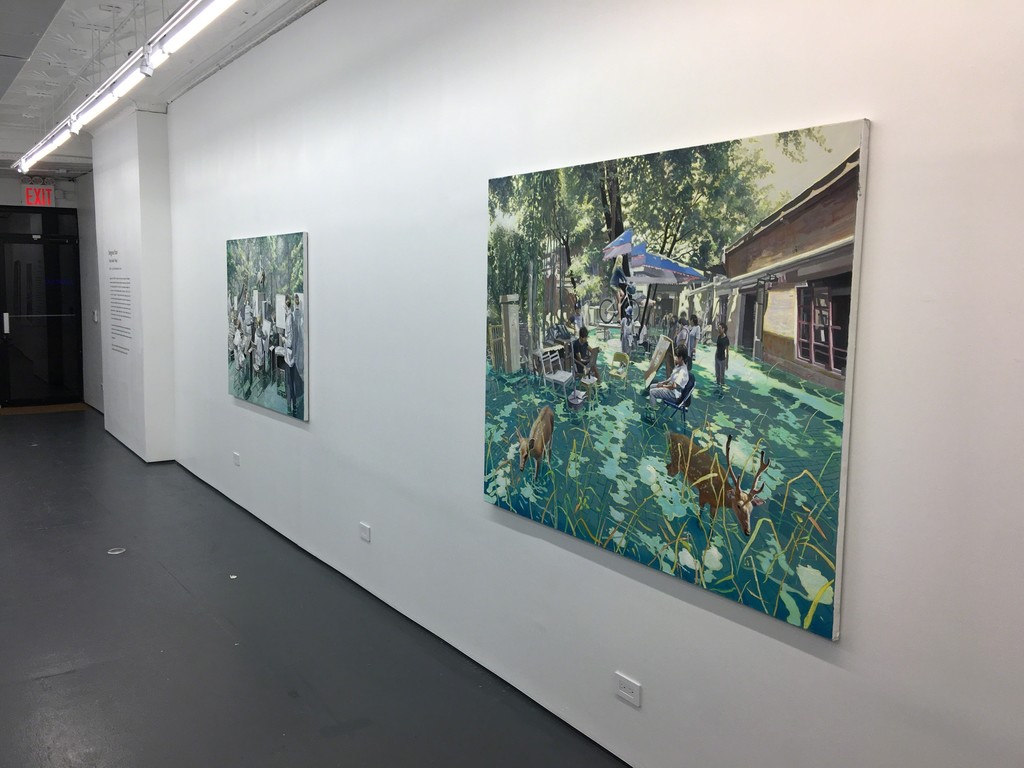 These Foolish Things 1 is the first solo exhibition by the Seoul-based painter, Sangyoon Yoon held in New York. Opening the series of the gallery's special exhibition program, Christine Park Gallery organises this two-part exhibition presenting the new body of work by the artist. These Foolish Things 2 will be held in September to October 2017 in the same space, accompanied with a limited edition artist's catalogue. Sangyoon Yoon (b.1978) is a Korean artist whose practice explores the relationship between the conscious and the unconscious though the topological space of right and left. His oil paintings, executed with his right hand, are a psychological investigation into the structure of the mind, containing elements that represent or allude to the id, the ego and the superego. The watery lower level of Yoon’s paintings plays the role of the id. Below the placid, shimmering surface lie the depths of the unconscious mind, mirroring and yet separated from the conscious world above it. Next, a crowd rooted in the water but focusing on a higher authority that hovers above them are like the ego they mediate between two separated entities. Finally, the critical, moralising super ego, which takes the form of a deer, a swan, or a person clearly differentiated from the rest, reigns over the somewhat chaotic scene below. In contrast, Yoon’s drawings, sketched with his left hand, are created impulsively without correction, and can be considered short-hand records of the unconscious. These two different streams of Yoon’s practice flow together, analytically and intimately deconstructing the human mind. Yoon’s recent solo exhibitions include Bring it on home to me, Artspace Hue, Paju (2016), Elysion, Yoonarte, Shanghai (2015), Mobius, Pyo Gallery, Seoul (2014) and Right & Left, Gallery Chosen, Seoul (2013). He is currently completing a residency at Hue Network Art Studio in Paju, South Korea.