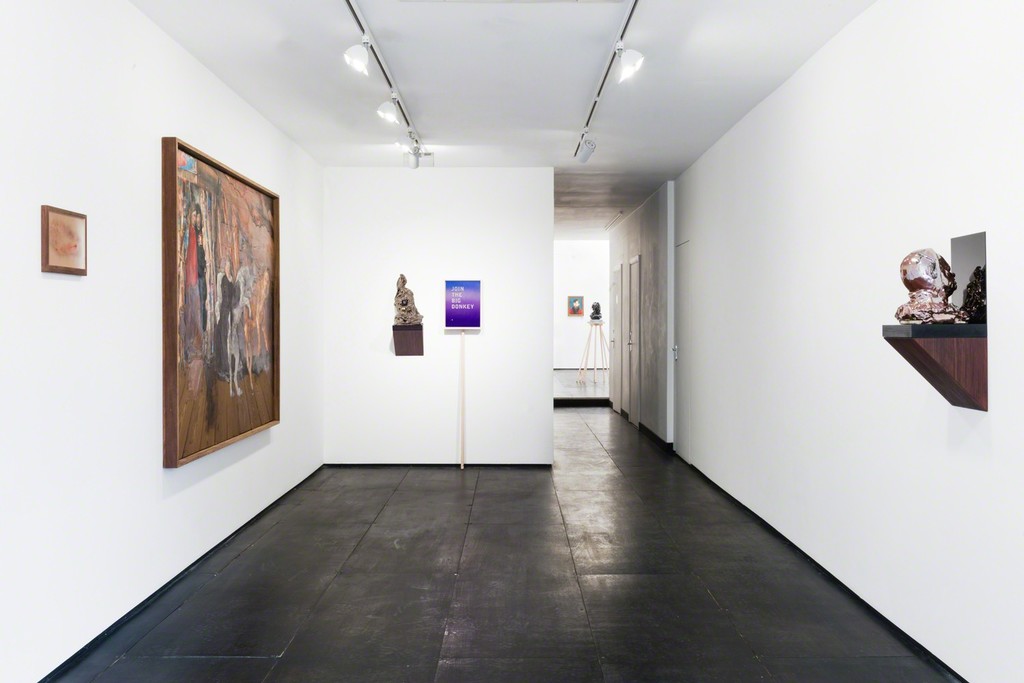 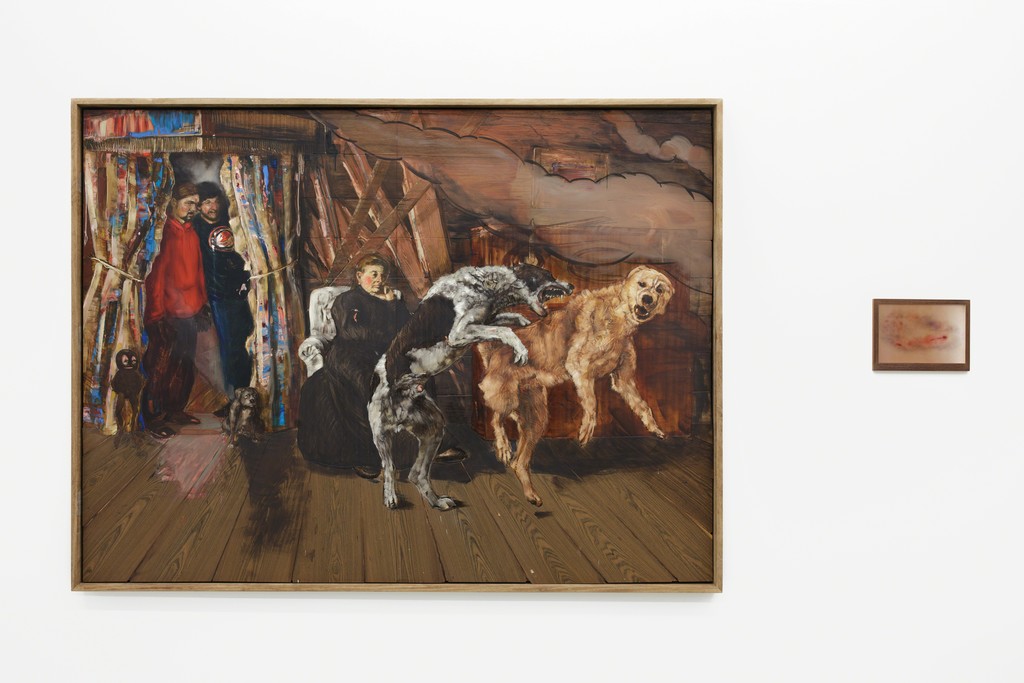 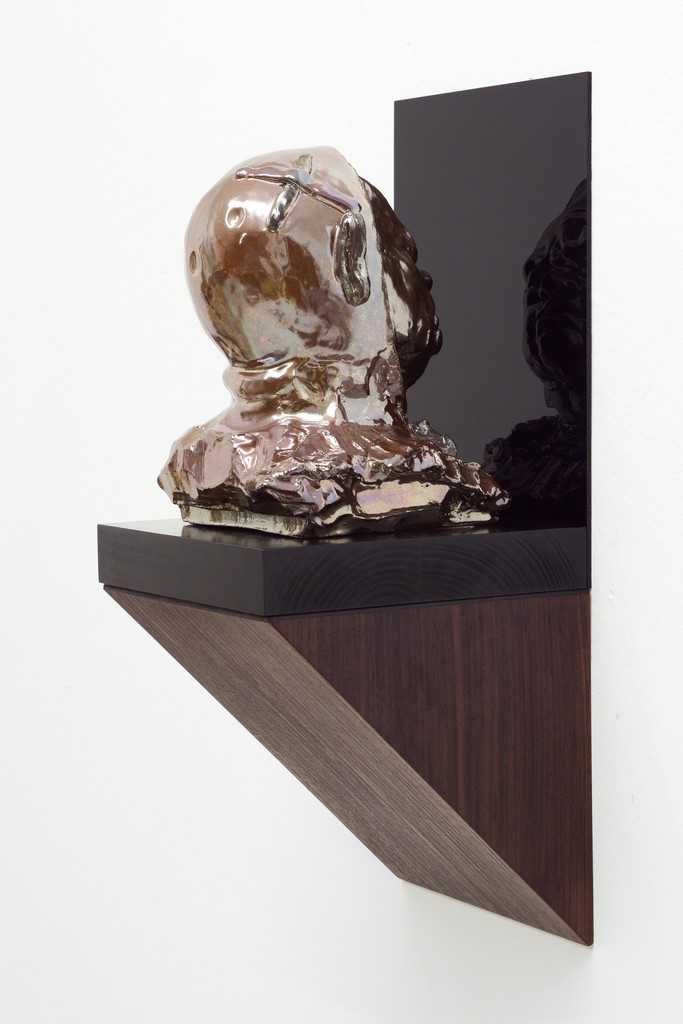 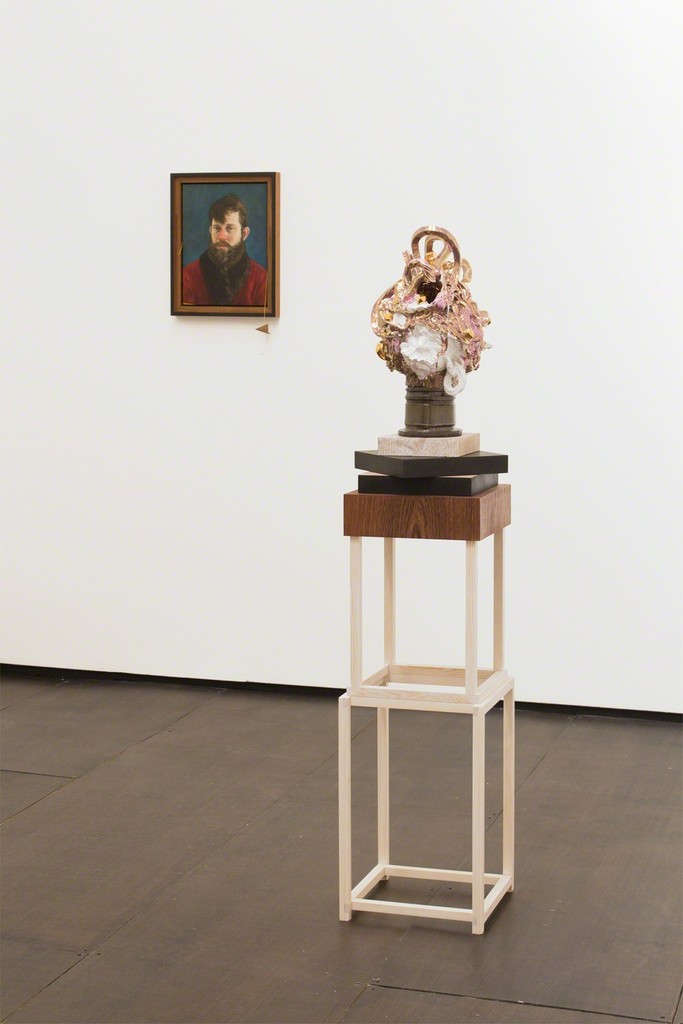 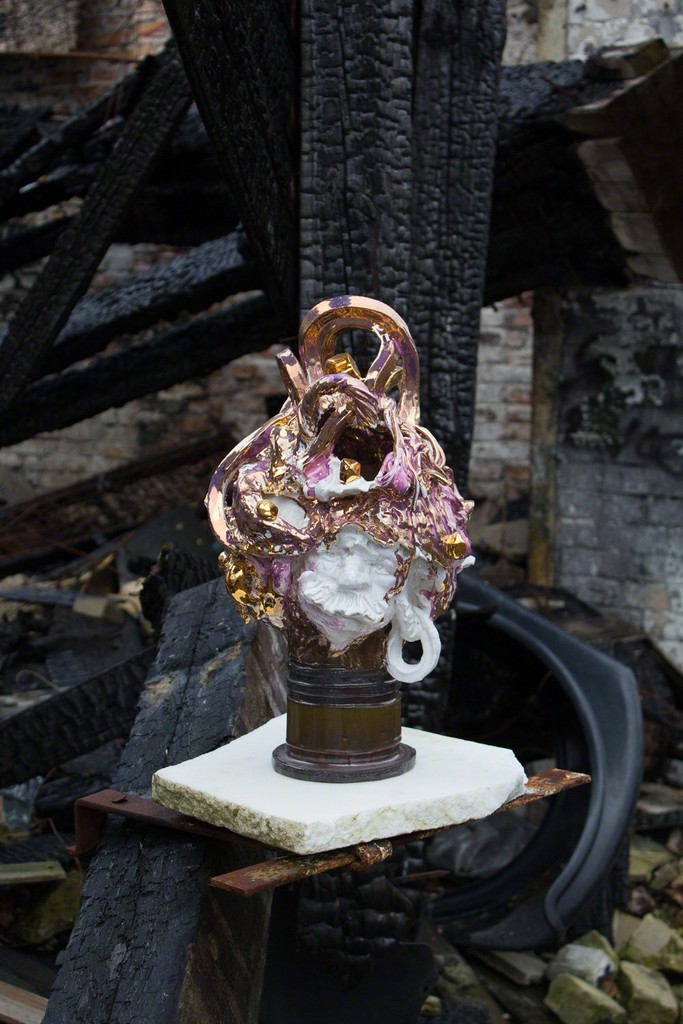 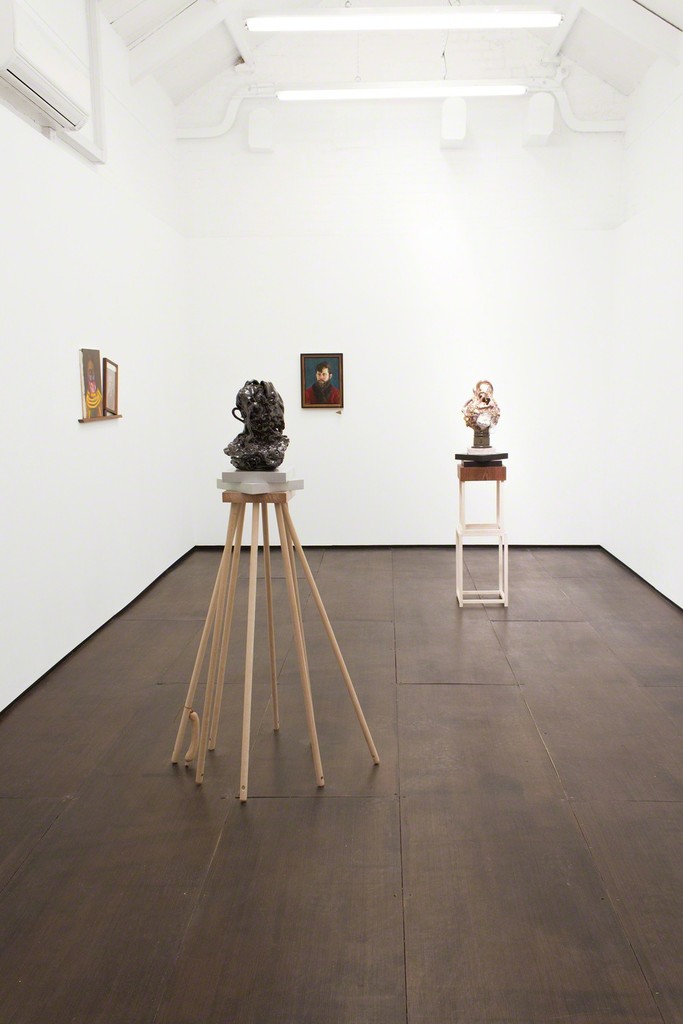 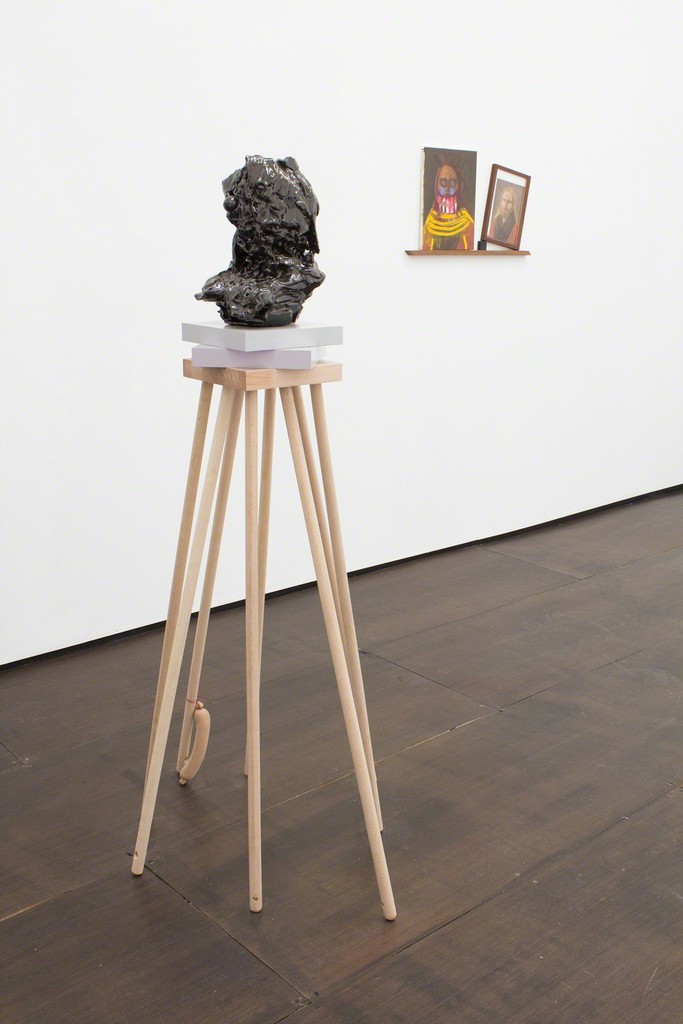 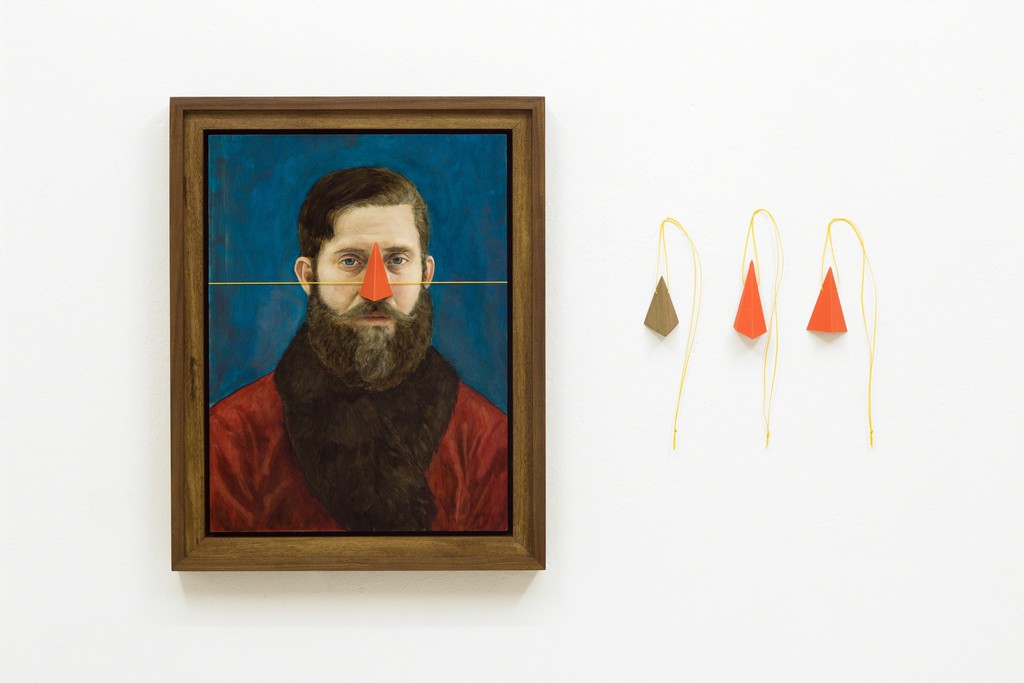 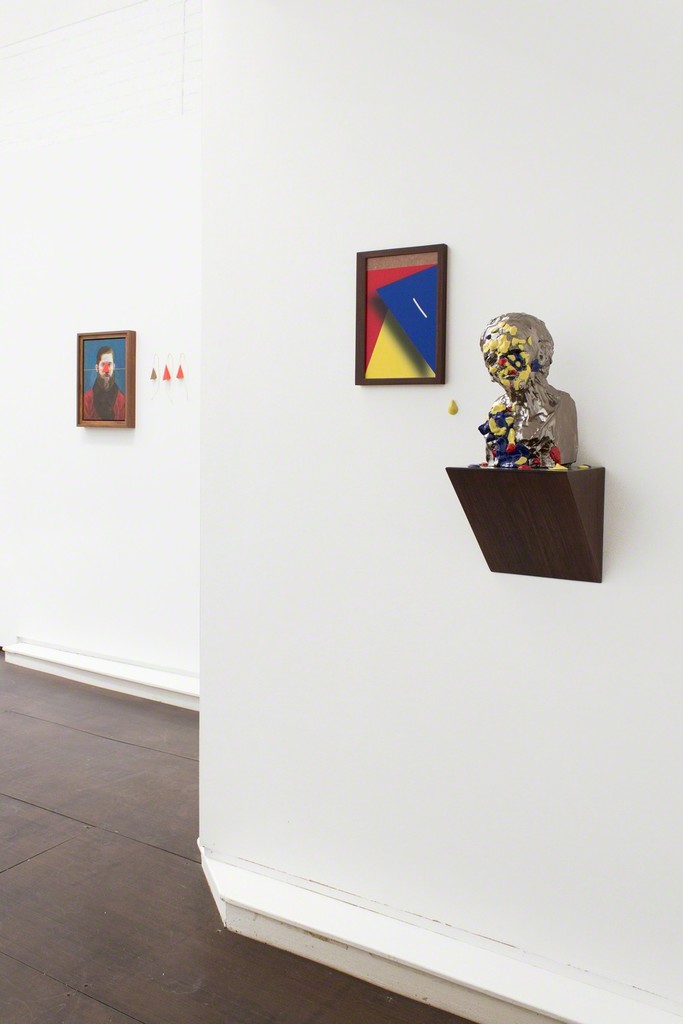 The work of Sebastian Neeb comments on the freedom of the individual by exploring aspects of human perception, in relation to sociology, power and politics, and considers the tension between the individual and the collective.
Over the past few years Neeb has created a complex artistic macrocosm of paintings, sculptural objects and photographs in various styles and mediums. His artistic practice focuses on sensory details, humour and complexities, which challenge established conceptions of life. However Neeb’s work is not a criticism, it ‘opens the story to various ends’.

In the series Trophy for Outstanding Performance Over Decades Neeb creates ‘trophies’ for nonsense achievements. The artist explores how a trophy can be a means of manipulation. However the artist also considers how manipulation, and appearances, can be as authentic as ‘reality’ in contemporary society. In Trophy for Spotting the Obvious (2015) the viewer’s attention is drawn to the surface of the sculpture, however the work conceals finer details. Thus we are invited to reconsider what we see, and reevaluate the work.

In the New Leaders series Neeb considers how power is conferred, and what substantiates it. The sculpted ‘characters’ in Master hunter and his problem with the wooden Wurst (2015) and Attention Authenticus! (2013) compete for the viewers attention; indistinct, yet discernable facial features encourage the viewer to form a connection with the work. In Donkey Lessons (2015) Neeb uses slogans and the sculpture’s tactile surface to manipulate the viewer’s interaction with the sculpture. The elements of irony and entertainment in the works encourage the audience to consider how the artist uses the power of entertainment as a tool of manipulation.

The exhibition will include new paintings from the artist’s well-known series A New Nose for Painting, including C. refuses another nose test (2015). These will be accompanied by new ceramic sculptures from the New Leaders series, such as An intelligent man is sometimes forced to get drunk to pass the time between the idiots (2013), and sculptures from the series Trophy for Outstanding Performance Over Decades. He will also present a large-scale painting titled The Smoke is drawing in (2011).

Sebastian Neeb (b. 1980, Güstrow, Germany) lives and works in Berlin. He studied Fine Arts with Daniel Richter, Anselm Reyle, Claudia Shneider and Robert Lucander at University of Fine Arts, Berlin. He has exhibited extensively in Germany, as well featuring in group exhibitions in Germany, Hong Kong, Australia and Cuba. 2015 has proven to be a busy year for Neeb who has had three exhibitions in Hong Kong and Germany prior to his first UK solo exhibition with Christine Park Gallery. He was shown in a solo exhibition, Neue Nasen für alle (New noses for everyone), at Irmin Beck, Munich (2015). Neeb also appeared in the group exhibitions Statement 2: New Painting from Germany, the Goethe-Gallery & Black Box in Hong Kong (2015) and The Black and White Key, Schau Fenster Raum für Kunst, Berlin (2015).