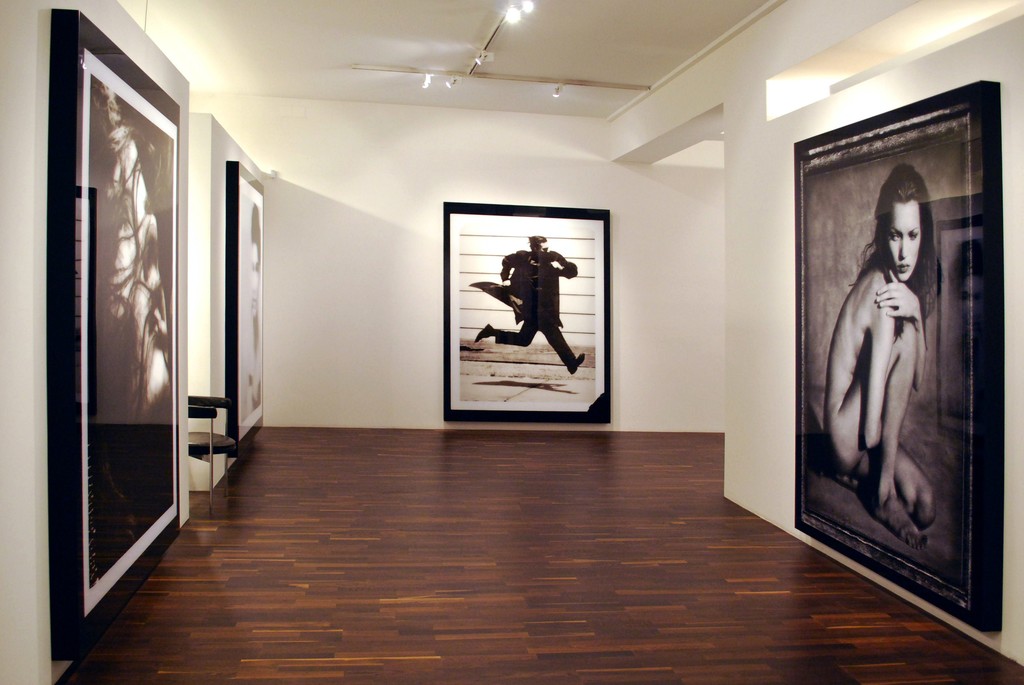 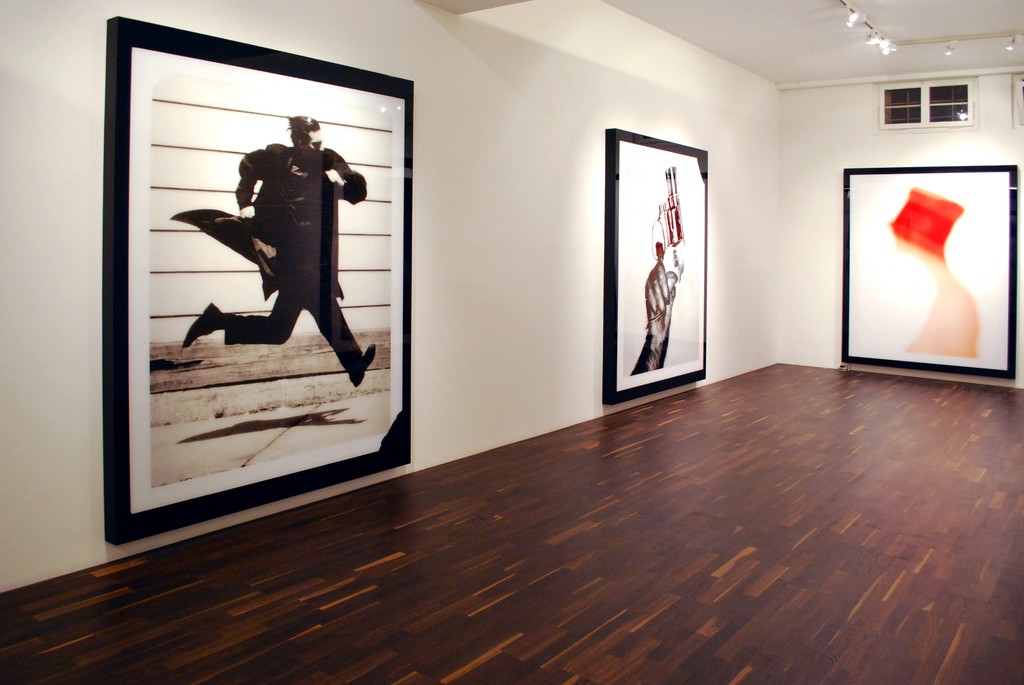 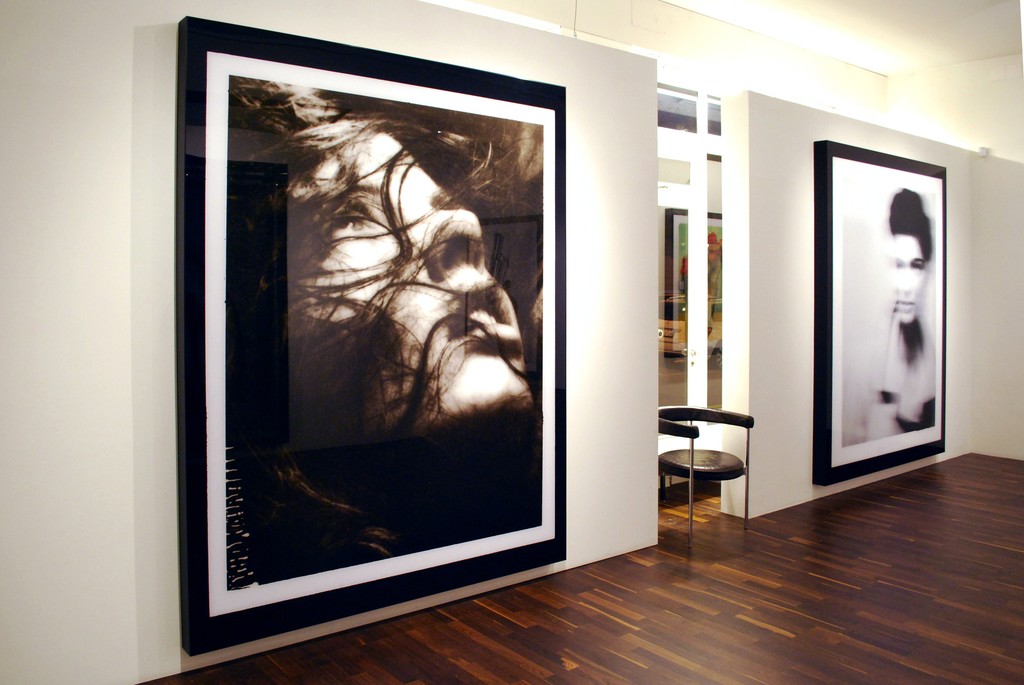 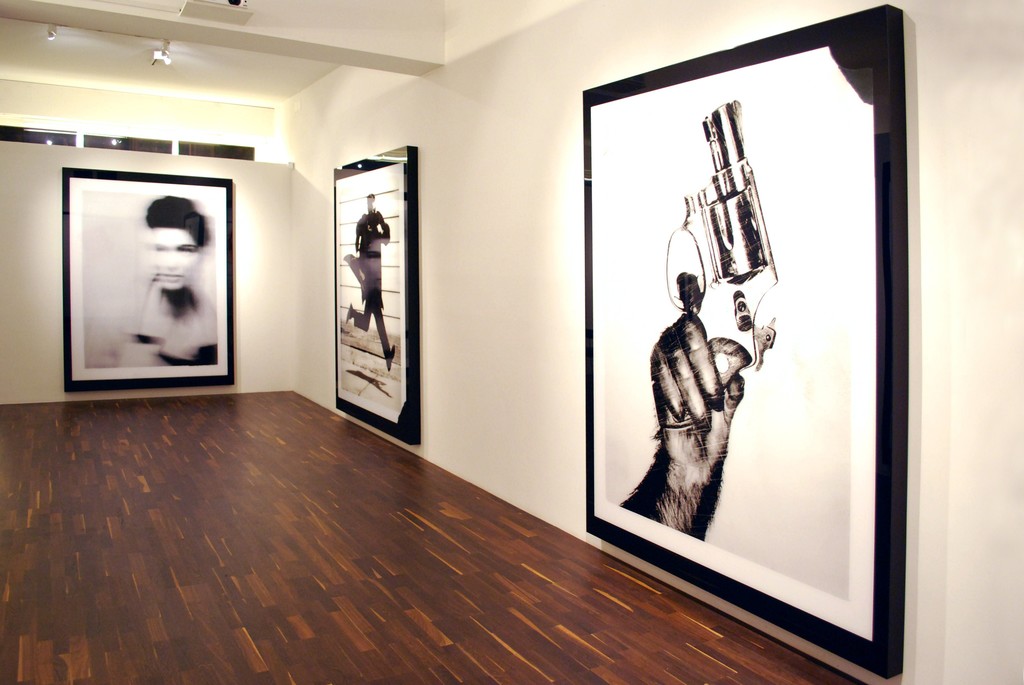 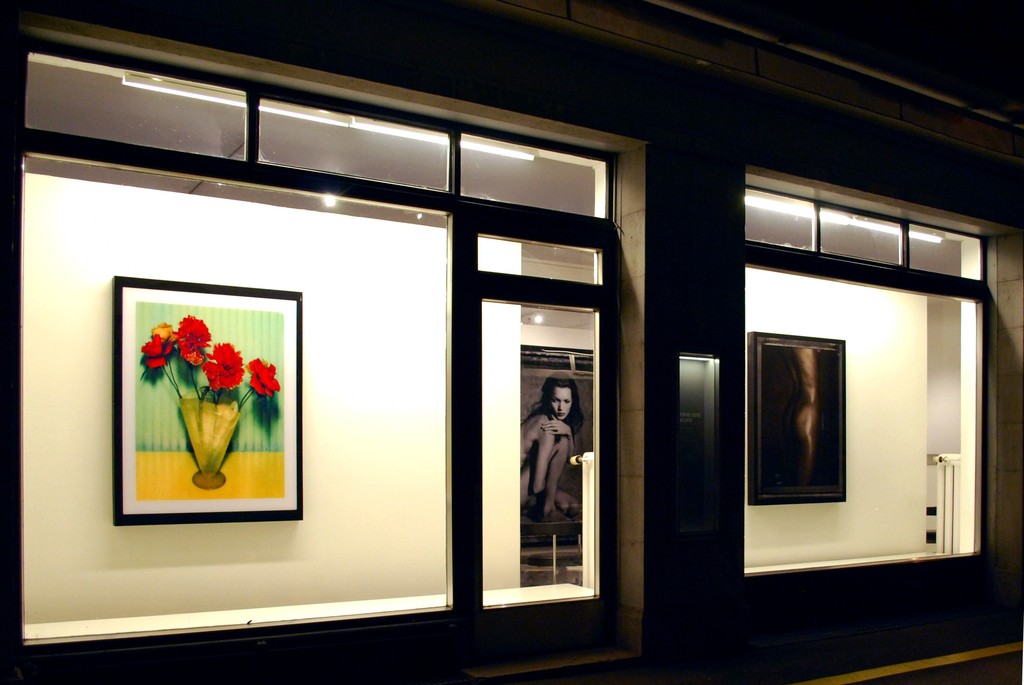 Albert Watson started using Polaroid on the back of his Hasselblad in 1972, and in 1984, on the back of his 4x5 Horseman view camera. Since he began, he has taken more than 100,000 Polaroids for a vast array of shoots: for art projects, magazines, ad campaigns and everything in between. Polaroids, especially in the beginning, were simply a way to make sure the camera systems were operating properly and the lighting matched my vision for the photograph. As time went on, Polaroids became more and more important, and sometimes they had their own beauty that transcended their significance as mere tests. Polaroids have a unique color structure and a unique color range. With the 'Roids! project, Albert Watson - who has been recently awarded an Order of the British Empire by Queen Elizabeth II for his lifetime contribution to and achievements in photography - became interested in scanning his Polaroids at a massive resolution. This creates an effect as if you would observe them under a microscope, which shows all their beauty along with all their flaws. Watson is creating a fascinating combination of old technology in the new digital world. By blewing the scan of the Polaroids up to almost 2.5 meters (100 inches), Watson makes their attraction physically perceptible.

Albert Watson has made his mark as one of the world’s most successful and prolific photographers since he began his career in 1970, blending art, fashion and commercial photography into some of the most iconic images ever seen. From portraits of Alfred Hitchcock and Steve Jobs, beauty shots of Kate Moss, to Las Vegas landscapes and still-life photographs of King Tutankhamen artifacts, Albert’s diversity and body of work are unparalleled. His striking photographs and stunning hand-made prints are featured in galleries and museums around the globe. The photo industry bible, Photo District News, named Albert one of the 20 most influential photographers of all time, along with Irving Penn and Richard Avedon, among others.

Albert has won numerous honors, including a Lucie Award, a Grammy Award, three Andys, a Der Steiger Award, a Hasselblad Masters Award; and the Centenary Medal, a lifetime achievement award from the Royal Photographic Society. Queen Elizabeth II awarded the Scotsman an Order of the British Empire (OBE) in June 2015 for his lifetime contribution to the art of photography.

Over the years, Albert’s photographs have appeared on more than 100 covers of Vogue worldwide and been featured in countless other publications, from Rolling Stone to Time to Harper’s Bazaar _ many of the photos iconic fashion shots or portraits of rock stars, rappers, actors and other celebrities. Albert also has created the photography for hundreds of ad campaigns for major companies, such as Prada, the Gap, Levi’s, Revlon and Chanel. He has shot dozens of Hollywood movie posters, such as “Kill Bill” and “Memoirs of a Geisha,” and has also directed more than 100 television commercials.

Albert has published five books: “Cyclops” (1994, Bullfinch); “Maroc” (Rizzoli, 1998); "Albert Watson” (Phaidon, 2007); "Strip Search" (PQ Blackwell/Chronicle 2010); and "UFO: Unified Fashion Objectives" (PQ Blackwell/Abrams 2010.) A new project with Taschen Books is due out in autumn 2016. In addition, many catalogs of Albert’s photographs have been published in conjunction with museum and gallery shows.

Since 2004, Albert has had solo shows at the Museum of Modern Art in Milan, Italy; the KunstHausWien in Vienna, Austria; the City Art Centre in Edinburgh; the FotoMuseum in Antwerp, Belgium; the NRW Forum in Dusseldorf, Germany; the Forma Galleria in Milan; Fotografiska in Stockholm, Sweden; and the Multimedia Art Museum in Moscow. A major retrospective, with a body of work Albert shot in Benin, Africa, was held at the Deichtorhallen in Hamburg, Germany, in 2013.

Albert’s photographs have also been featured in many group museum shows, including the National Portrait Gallery in London, the Metropolitan Museum of Art in New York, the Pushkin Museum of Fine Arts in Moscow, the International Center of Photography in New York, the Brooklyn Museum, and the Deichtorhallen. His photographs are included in the permanent collections at the National Portrait Gallery, the Metropolitan Museum of Art, the Smithsonian, the Scottish Parliament, the Deichtorhallen, and the Multimedia Art Museum, among others.

Born and raised in Edinburgh, Scotland, Albert studied graphic design at the Duncan of Jordanstone College of Art and Design in Dundee, and film and television at the Royal College of Art in London. Though blind in one eye since birth, Albert studied photography as part of his curriculum. In 1970, he moved to the United States with his wife Elizabeth, where Albert began shooting photos, mostly as a hobby.

Later that year, Albert was introduced to an art director at Max Factor, who offered him his first test session, from which the company bought two shots. Albert’s distinctive style eventually caught the attention of American and European fashion magazines such as Mademoiselle, GQ, and Harper’s Bazaar, which booked him for a shoot with Alfred Hitchcock, the first celebrity Albert ever photographed. Soon after, Albert began commuting between Los Angeles and New York, and in 1975, he won a Grammy for the photography on the cover of the Mason Proffit album “Come and Gone.” In 1976, Albert landed his first job for Vogue, and with his move to New York that same year, his career took off.

Albert has always been a workaholic. The archives at his studio in Manhattan are filled with millions of images and negatives, on which world-famous magazines and companies can be read. His studio, also used as a personal gallery, is filled with extraordinarily large-format photographs, many taken in Las Vegas. At first glance these landscapes, interiors and portraits take the viewer by surprise with their soft, filtered range of colors. But even in his new creations, Albert stays true to himself. The photographs create an aura that takes the viewer into the image but simultaneously demands a reverent distance.

Albert’s visual language follows his own distinctive rules and concepts of quality. With their brilliance, urgency, even grandeur, his photographs stand out so clearly against the world of today’s images. His way of lighting subjects, especially the fetish objects and portraits, creates a nearly meditative atmosphere in the photographs.

Without a doubt, Albert Watson is an artist who greatly enriches our perception with his unique photographic view. Though the wide variety of his images reflects an effortless versatility, they are nevertheless identifiable as Albert Watson photographs by their sheer power and technical virtuosity _ whether it’s a shot of a forest in Scotland, a Yohji Yamamoto dress on a supermodel, a close-up of the spacesuit worn by Astronaut Alan Shepard on the moon, or the iconic black and white portrait of Steve Jobs. This single-minded commitment to perfection has made Albert one of the world’s most sought-after photographers