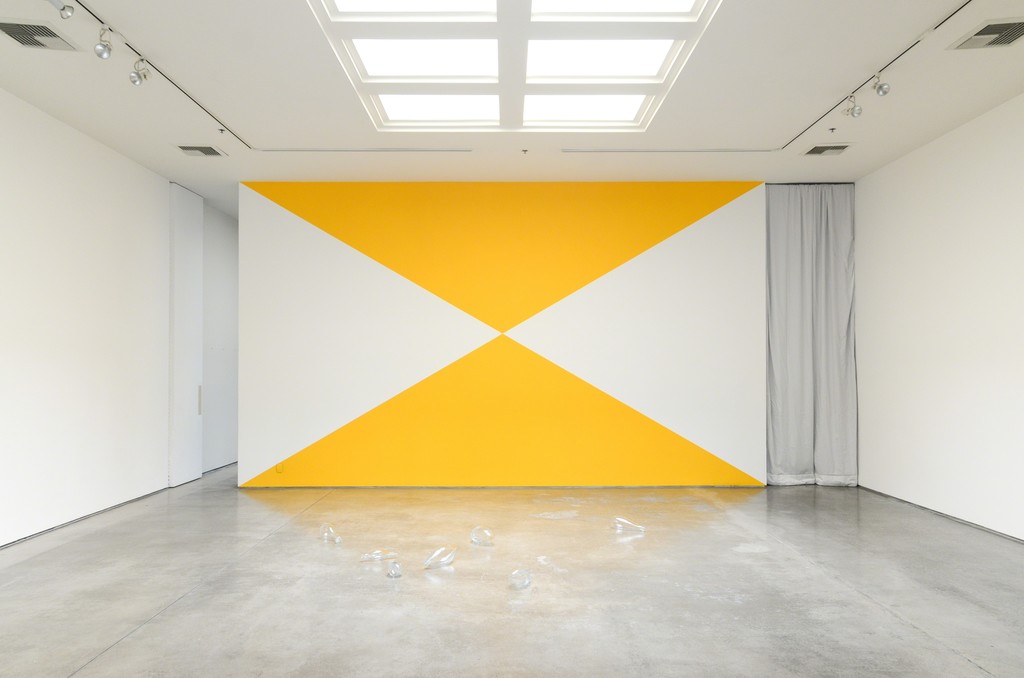 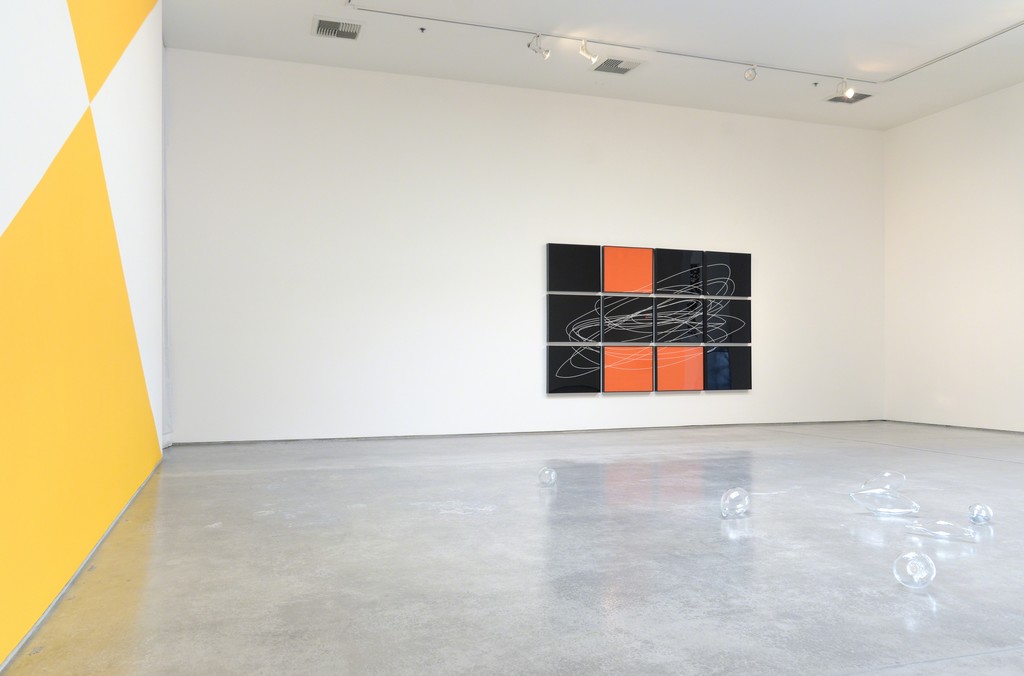 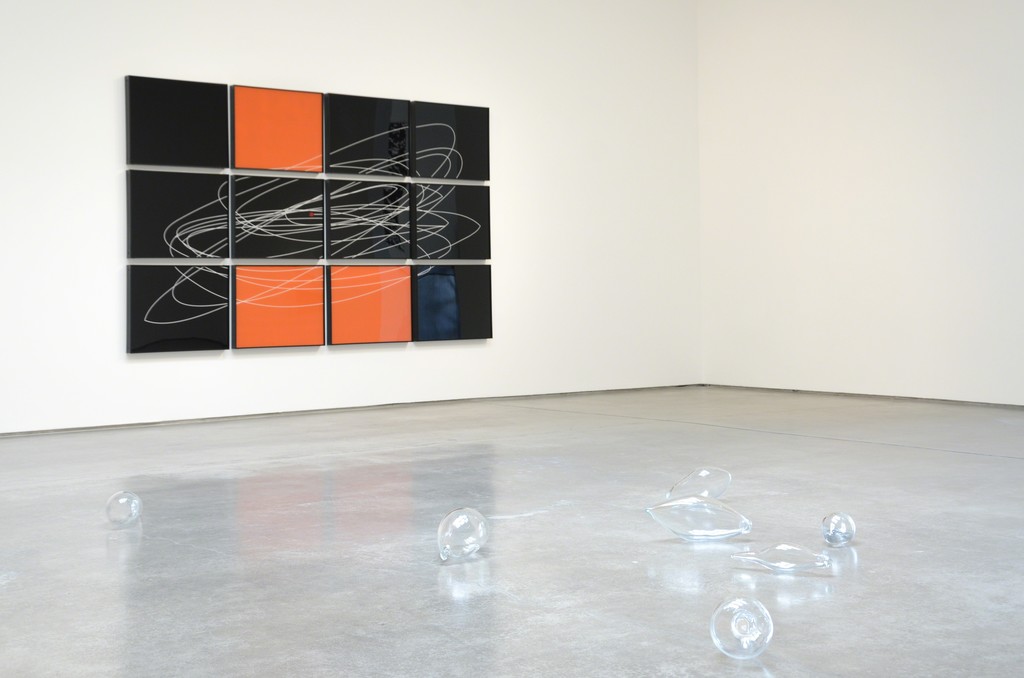 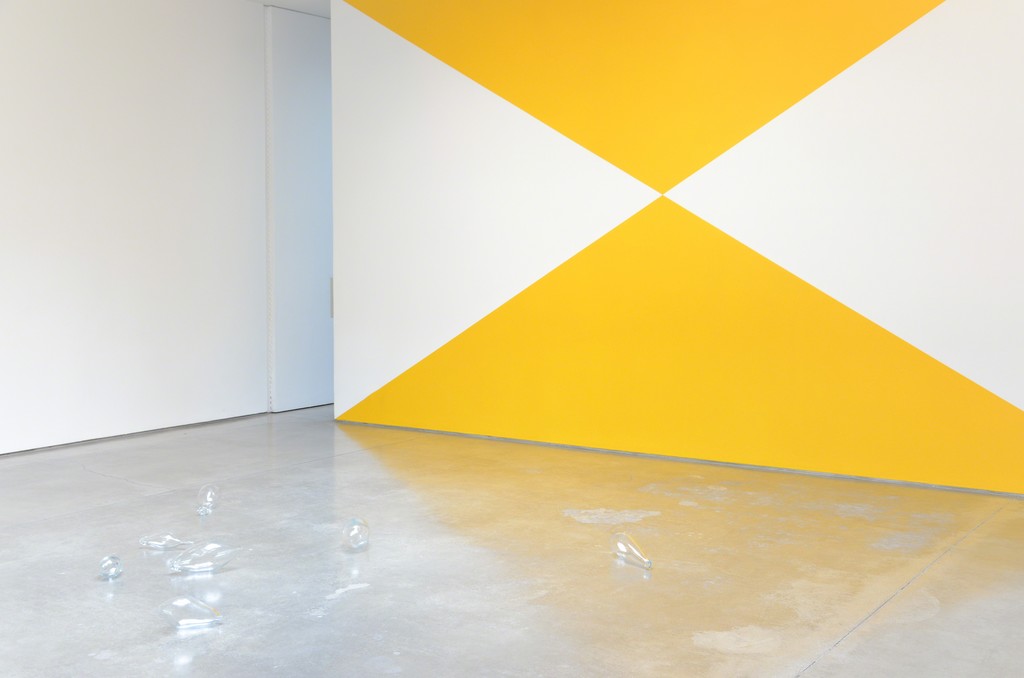 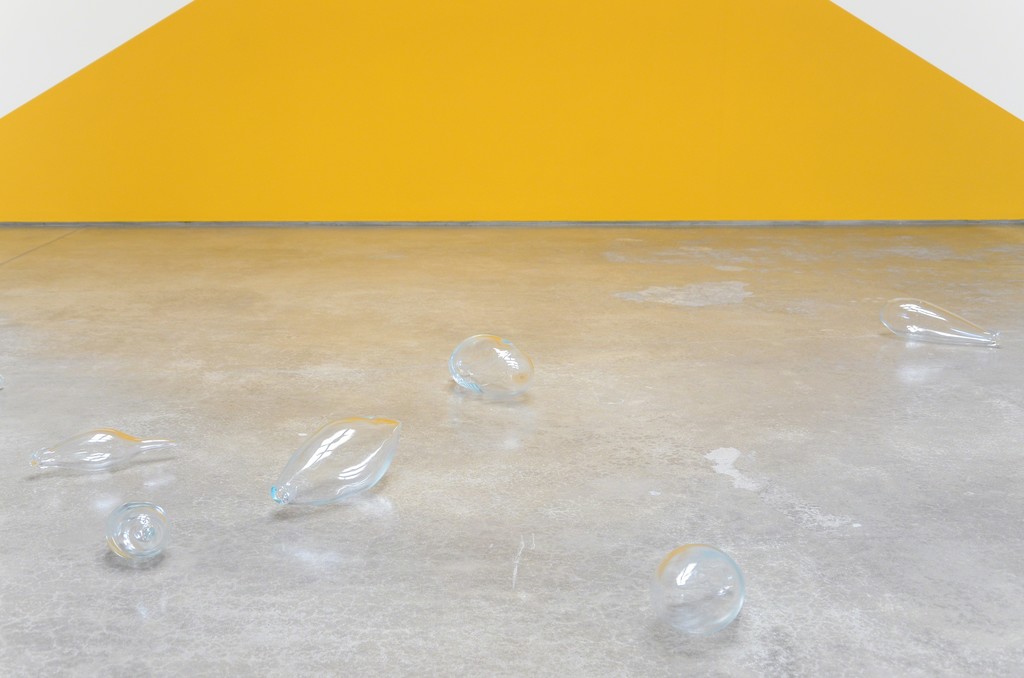 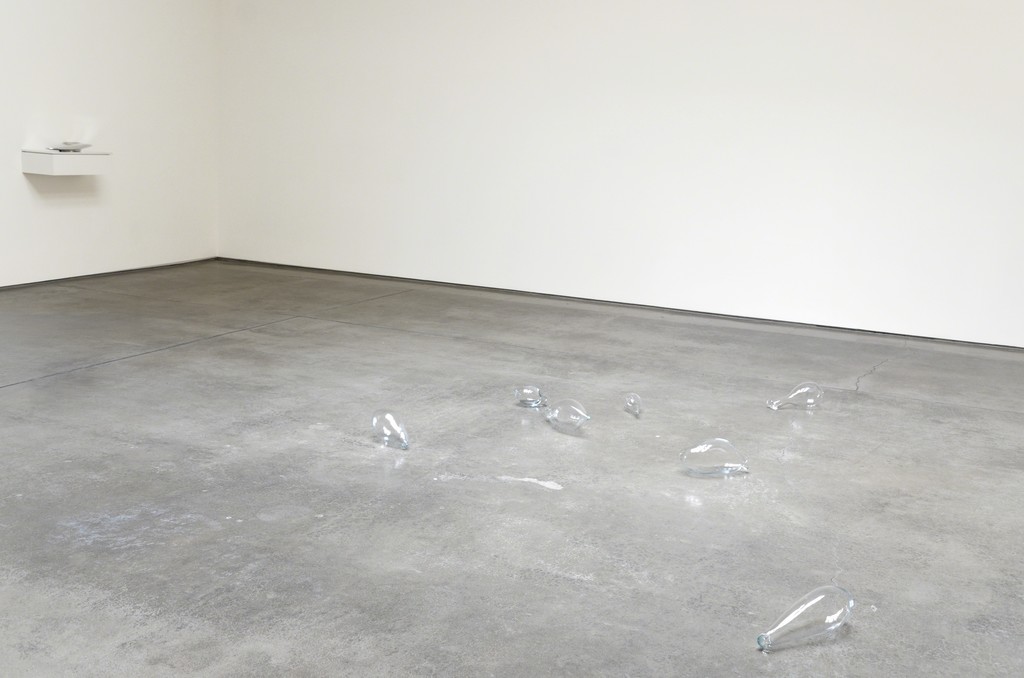 Christopher Grimes Gallery is pleased to announce its forthcoming exhibition Ethereal. In classical science, aether was thought to be the fifth element, filling the region of the universe above the terrestrial sphere, connecting and permeating all things and acting as a medium for the propagation of light. Though these theories were eventually disproved by modern science, the word ethereal still invokes a sense of otherworldliness, fragility and spirituality. This exhibition brings together gallery artists from different backgrounds whose work engages with the immaterial, through forms such as light, color, vapor and air. Included in the exhibition are works by Olivier Mosset, Gianfranco Foschino, Iñigo Manglano-Ovalle, Dane Mitchell and João Louro.

Dane Mitchell’s (New Zealand) practice is concerned with manifesting the physical properties of the incorporeal. In Ethereal, Mitchell will present a series of hollow, amorphous glass objects, which act as repositories for incantations. Each sculpture was molded by the artist’s voice as he relayed spells prepared by a practitioner of the dark arts into the molten glass. The resulting forms bulge and undulate with the invisible forces they contain. Mitchell’s work is currently on view in a solo exhibition at the Mori Art Museum in Tokyo, Japan, and he will represent New Zealand in the 58th Venice Biennale in 2019.

Gianfranco Foschino (Chile) sets up a fixed camera and films the subtle movements that occur in front of the lens. Using this technique and applying no editing, he relies on intangible elements such as wind, light, fog and time to create the drama in the scenes he captures. Foschino recently held solo exhibitions at Museo de Artes Visuales (MAVI), Santiago, Chile and Stadtgalerie, Saarbrücken, Germany, and is currently participating in the International Creator Residency Program at Tokyo Arts and Space.

Iñigo Manglano-Ovalle’s (Spain/USA) works are engaged in an investigation of how certain extraordinary forces and systems perpetually reshape our world. Through his sculptures of clouds and hurricanes, Manglano-Ovalle gives form to objects that defy boundaries and dimensionality, representing the physical manifestations of unseen meteorological phenomena. His work is in the collections of the Whitney Museum of American Art, New York; Solomon R. Guggenheim Museum, New York; Library of Congress, Washington, D.C.; Museo de Arte Contemporaneo, Bilbao; and Museo Nacional Centro de Arte Reina Sofía, Madrid, among others.

Olivier Mosset (Switzerland/USA) has been associated with a multitude of art historical movements throughout his career. Through his exploration of pure color fields, he has remained committed to questioning painting as a historical object by, paradoxically, continuing to paint, turning to monochrome works on canvas and walls, which create open-ended experiences of scale and color vibration for the viewer. Mosset’s work is in the collections of Museum of Modern Art, New York; Centre Pompidou, Paris; National Gallery of Canada, Ontario; and Musée Cantonal des Beaux-Arts, Lausanne, Switzerland, among others.

João Louro’s (Portugal) body of work encompasses painting, sculpture, photography and video, with a referential lexical universe comprising minimalism, conceptualism, pop culture, structuralism and post-structuralism. In Big Bang #3, we are reminded that all physical bodies, even the earth itself, were once void of form and that everything came from and will return to the ether. Louro represented Portugal at the 56th Venice Biennale in 2015, and he has held recent solo exhibitions at Museu de Arte Contemporânea de Elvas, Portugal; Travessa da Ermida, Lisbon, Portugal; and Museo d’Art Contemporanea, Rome, Italy.