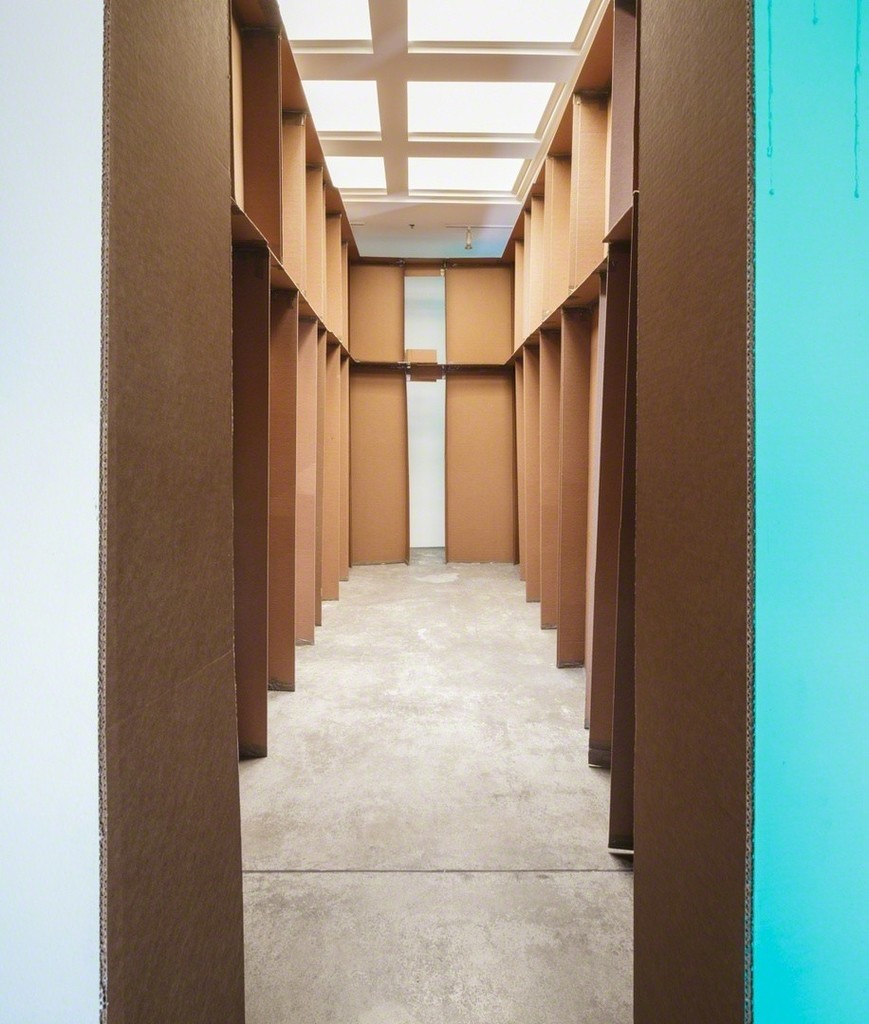 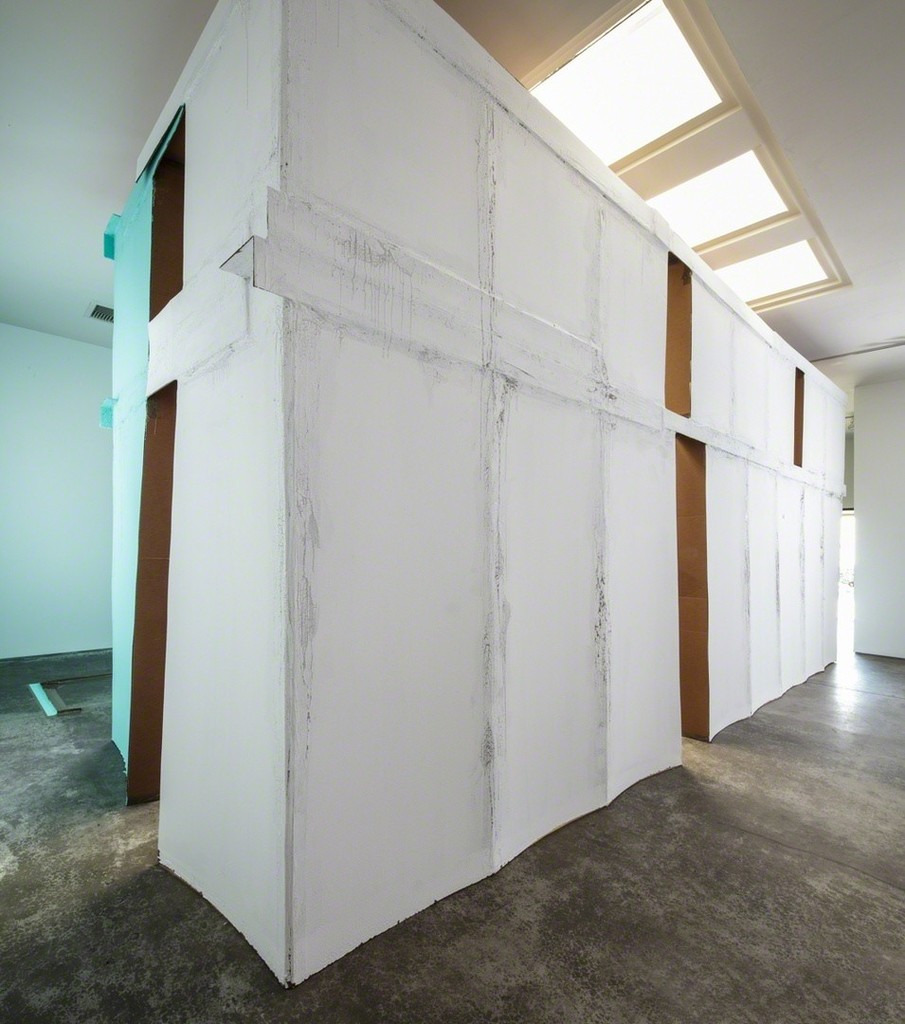 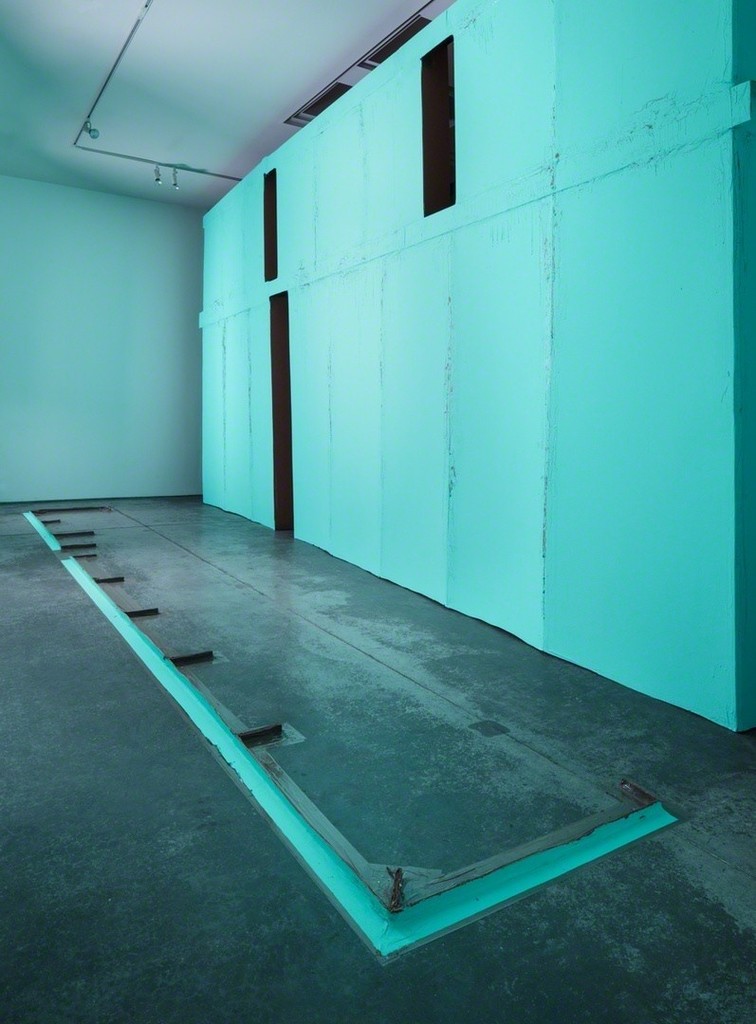 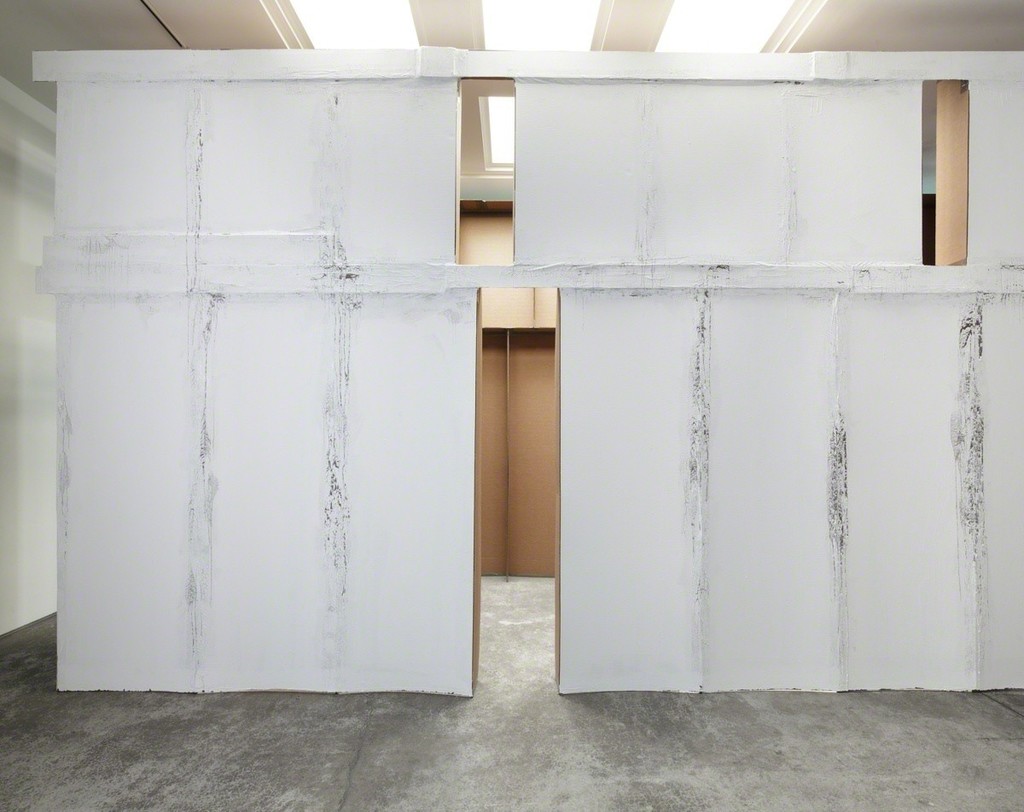 Christopher Grimes Gallery is very pleased announce Future Anterior, an exhibition of new work by Carlos Bunga. This will be Bunga’s first exhibition with the gallery. Future Anterior will feature two distinct works. In the main gallery, Bunga will create a site-specific installation based on the idea of memory, the present and the future using the ordinary, unassuming materials he has become known for: cardboard and adhesive tape. The process-oriented nature inherent in this work forms a fusion between the gallery’s existing space and the abstract space that he creates, resulting in a finished installation involving an extreme degree of precision coupled with aesthetic care and delicacy.

In addition to his architectural structures, Bunga also works in drawing, photography, painting and sculpture. In the south gallery, he will debut a slide projection piece titled Skin. In this work, the projected images of the surfaces of his paintings touch upon both the plastic and organic components of his practice.