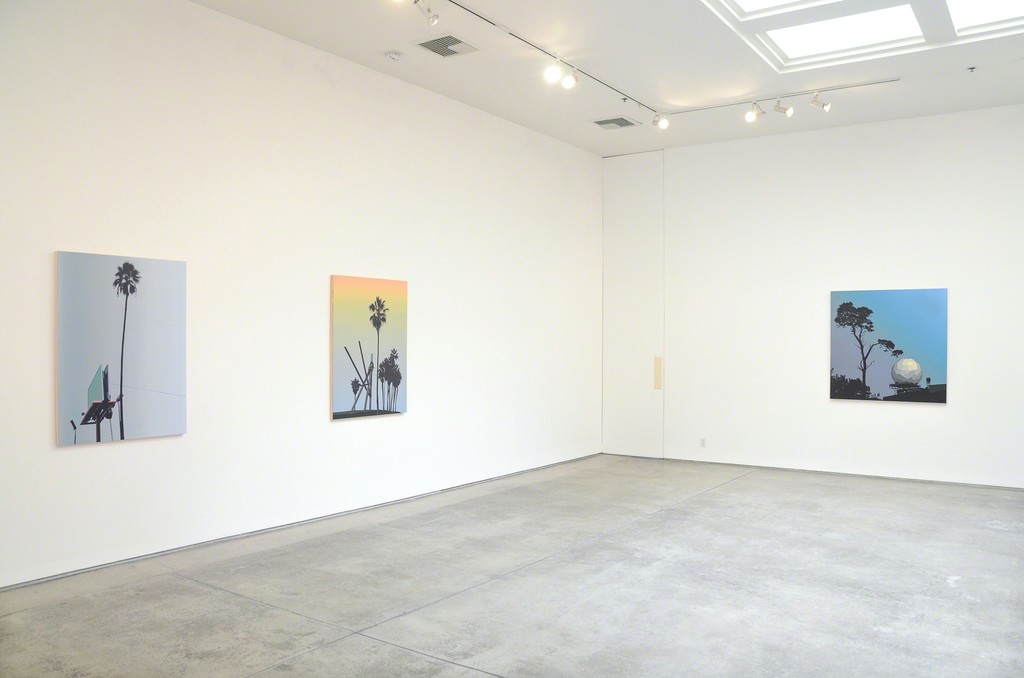 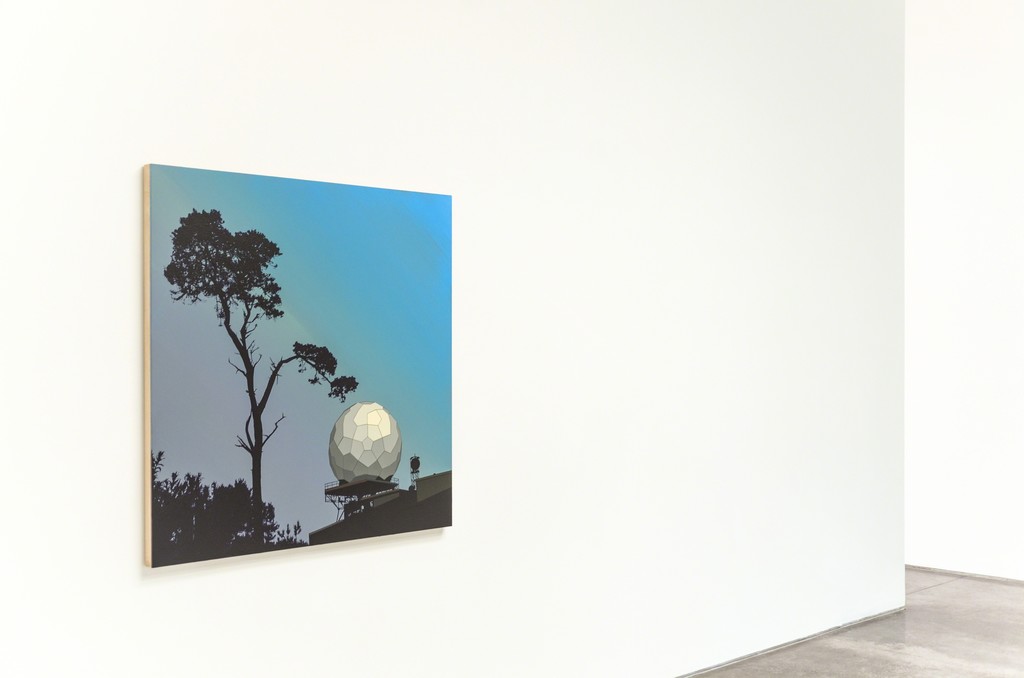 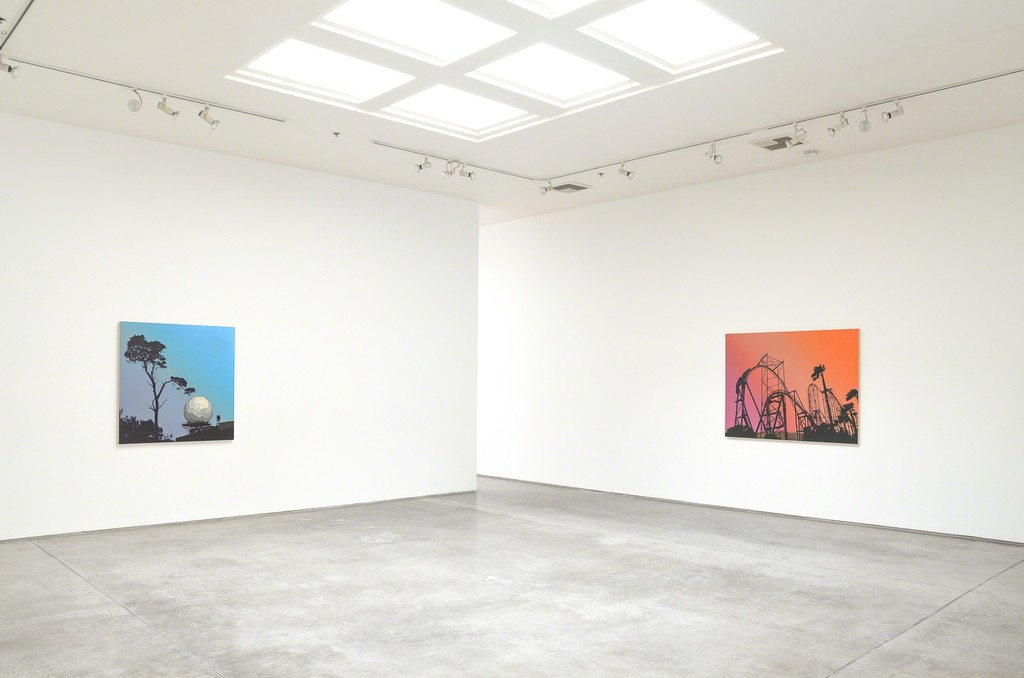 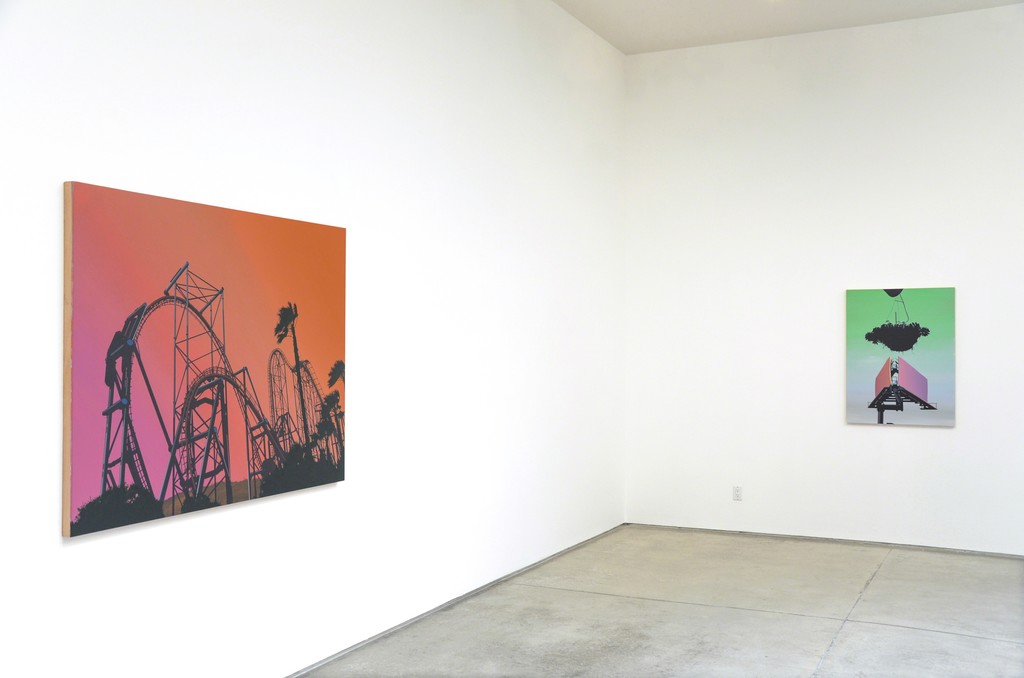 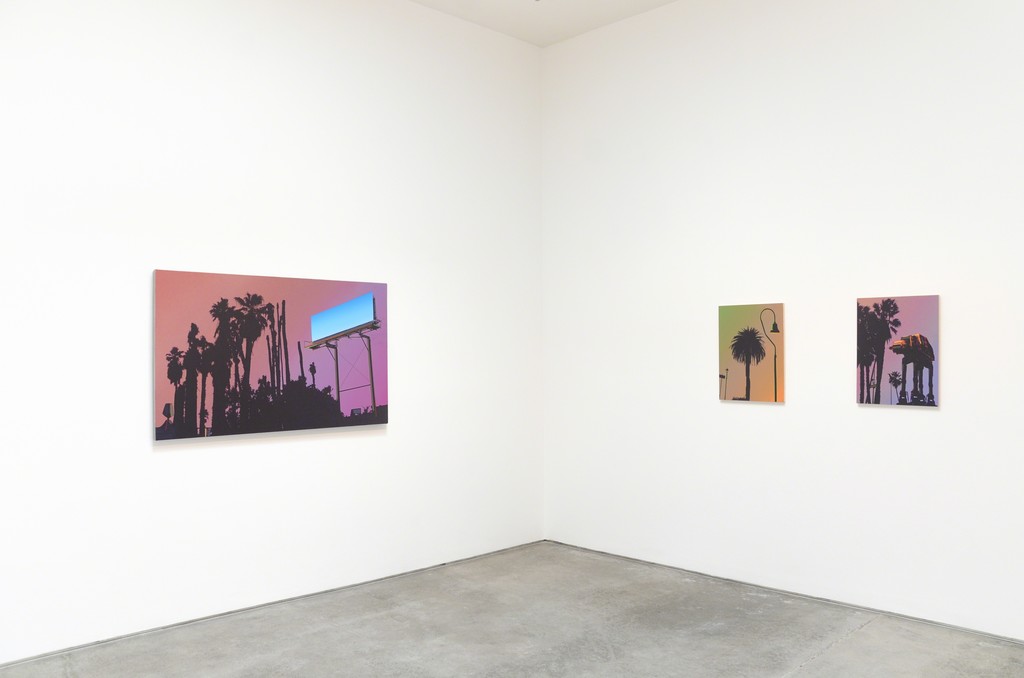 Christopher Grimes Gallery is pleased to announce a solo exhibition of paintings by Glen Rubsamen. This will be Rubsamen’s first exhibition with the gallery and his first solo show in a West Coast gallery. In The Disguise Was Almost Perfect he will present a collection of paintings that engage with the influence of technology on the cityscape. The process behind Rubsamen’s paintings is peripatetic in nature, it migrates and wanders. Using Google Street View, Rubsamen creates an itinerary around Los Angeles, placing markers in the satellite map and allowing Google to find the shortest path around them without using freeways. In Street View, he scrupulously follows this itinerary looking for anomalies in the landscape, beautiful combinations of buildings, outdoor advertising and vegetation. He then visits each of the sites in person, photographing his chosen landscapes from the same perspective as they are depicted by Google. These photographs serve as the raw materials for the paintings.

The paintings represent a complex mixture of chance elements in the landscape: fan palms, yuccas, eucalyptus trees, billboards, roadside attractions (such as Mark Di Suvero’s Declaration on Venice Beach), cell phone towers, lamp posts and the anonymous architecture of the city sprawl. The result is a sort of “accidental ensemble” depicting new culture/nature symbiosis in the cityscape. Rubsamen’s paintings are influenced by a complex set of circumstances: the direction of the sun, property rights, the flow of traffic, the arbitrary decision-making of corporate capitalism, the fertility of the soil, the social class of the neighborhood, energy and lethargy, to name a few. Somewhere in this hyper-complexity, Rubsamen finds the opportunity to create images with great authenticity, thoughtfully integrating the overlooked, quotidian elements of the Los Angeles cityscape into his paintings, while representing a tangible and inevitable shift towards a creative process that incorporates the vast and ever-expanding virtual world.