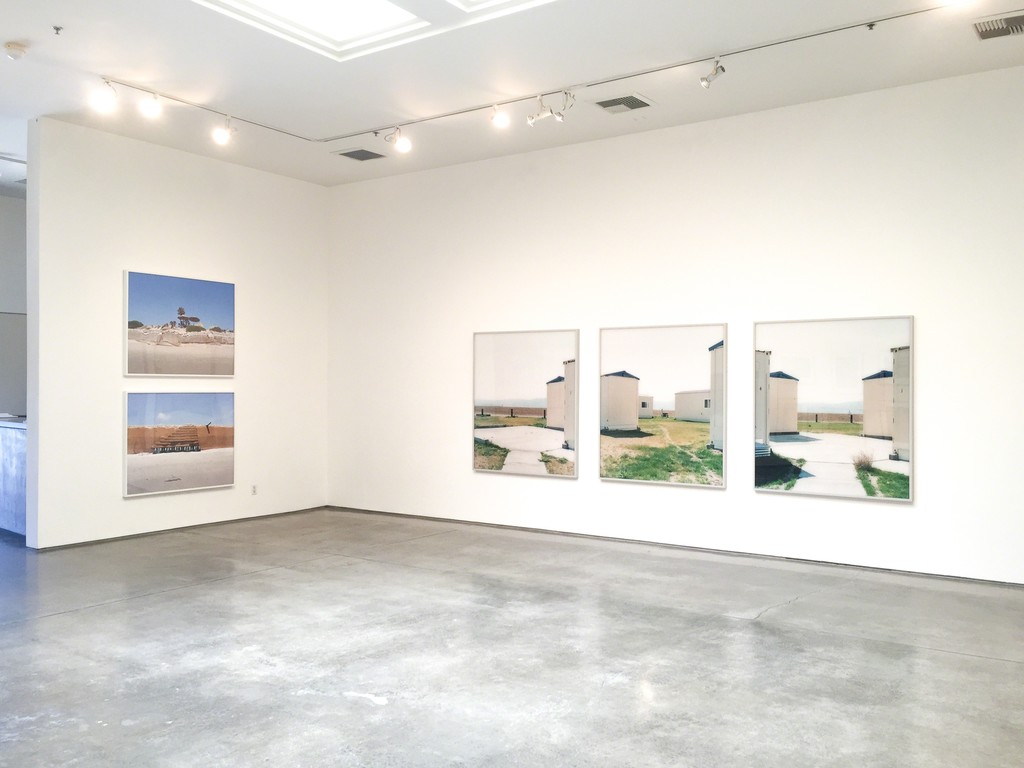 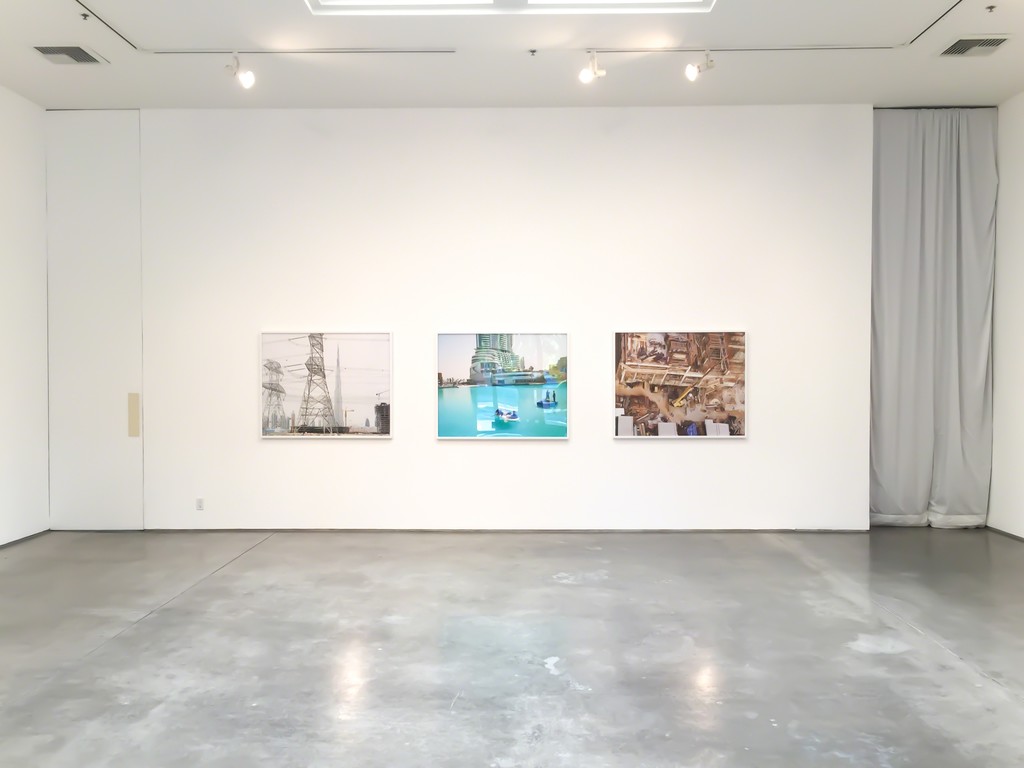 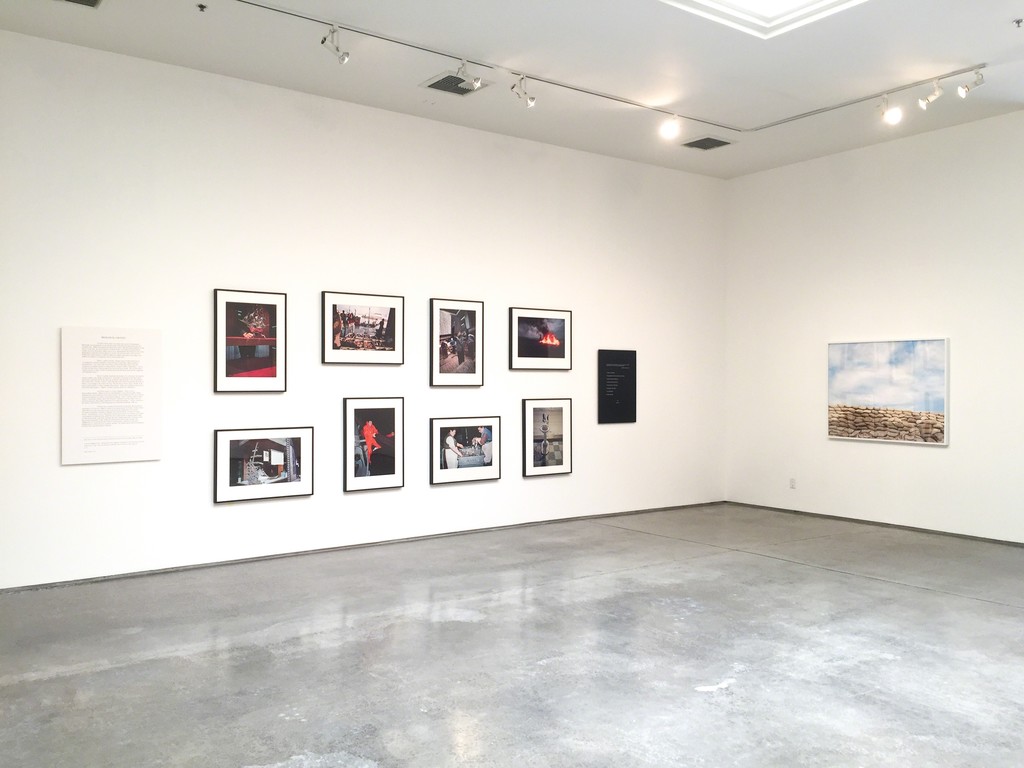 Christopher Grimes Gallery is pleased to announce its forthcoming exhibition Selected Affinities, with works by Allan Sekula, Miles Coolidge, Connie Samaras, Katie Shapiro and Billy Woodberry. From the desert to the docks, farmland to the sea, this exhibition brings together four artists, who, along with Sekula, use photography or video not only as a tool for documentation but also as part of a discourse rooted in social relations.

On view for the first time at the gallery will be Sekula’s Message in a Bottle (from Fish Story Chapter 5) (first version). One of his best-known bodies of work, Fish Story is a sequential piece composed of over one hundred pictures in nine chapters documenting maritime spaces and the effects of globalization. Message in a Bottle specifically addresses the decline of the fishing economy in the small Spanish town of Vigo. Sekula has exhibited extensively both internationally and locally, with solo exhibitions most recently at Thyssen-Bornemisza Art Contemporary, Vienna, Austria; NTU Centre for Contemporary Art Singapore; and Johan Jacobs Museum, Zurich, Switzerland. His work is in the collections of the Walker Art Center, Minneapolis, MN; Museum of Modern Art New York, NY; J. Paul Getty Museum, Los Angeles, CA; Museu de Arte Reina Sofia, Madrid, Spain; and Tate, London, UK, among several others.

Coolidge will exhibit a selection of pictures from his Mattawa series, fourteen photographs of converted cargo containers used to transport refrigerated goods, modified into a migrant housing project on farmlands in central Washington State. The impartial pictures are devoid of figures, yet traces of their presence can be seen in abandoned benches and pathways. Without being overtly political, the work depicts the cyclical nature of capitalism and the laborers who are inherent to the system. Coolidge studied under Bernd Becher at the Kunstakademie Düsseldorf and has recently been the subject of solo exhibitions at Peter Blum Gallery, NY and ACME. Los Angeles, CA. His work is in the collections of the Los Angeles County Museum of Art, CA; Museum of Contemporary Art, Los Angeles, CA; Guggenheim Museum, New York, NY; Whitney Museum, New York, NY; and San Francisco Museum of Modern Art, CA, among others.

After the American Century is a series of photographs Samaras captured in the United Arab Emirates starting in 2008 at the beginning of the global economic recession. The pictures document the ongoing construction of Dubai, a symbol of uber-capitalistic expansion of incredible scale and massive wealth. The Burj Khalifa looms in the background of one photograph, while other pictures depict the industrious laborers that make this unimaginable world possible. Samaras has exhibited widely for more than three decades, and her work was recently included in Trigger: Gender as a Tool and a Weapon at the New Museum, NY. Most recently she has been the subject of solo exhibitions at Armory Center for the Arts, Pasadena, CA (2013) and the California Museum of Photography, Riverside, CA (2011).

In Malibu Sandbags, Shapiro turns her attention to Broad Beach, an exclusive stretch of oceanfront in Malibu that has been historically contested ground between public access and private property. Over the course of two years Shapiro documented the erosion of the beach and homeowners’ attempts to protect their property from the rising seas. Here the sandbags serve not only as a barrier against nature but also the public, simultaneously highlighting and masking social divisions. Shapiro has recently exhibited at Kopeikin Gallery, Los Angeles; Joan Los Angeles; and 356 Mission Road, Los Angeles. She was recipient of the Banff Centre Artist in Residence, and her work is in the collection of the Huntington Library, San Marino, CA.

Woodberry presents his film, Marseille Après La Guerre, a portrait of dockworkers in Marseille after the Second World War. Woodberry discovered a collection of photographs of the Marseille docks made by union photographers, many portraying workers of African descent. The images reminded him of the great Senegalese film director Ousmane Sembène, who in 1947, worked on the docks of Marseille and became active in the French trade union movement. Told through a series of still black and white images and set to music by Moussu T e lei Jouvents, Woodberry’s choice of framing and editing creates a moving visual narrative of the workers. Woodberry is a key figure in the L.A. Rebellion film movement. His film Bless Their Little Hearts (1984) was honored with a jury award at the Berlin International Film Festival and was selected for preservation by the National Film Registry.