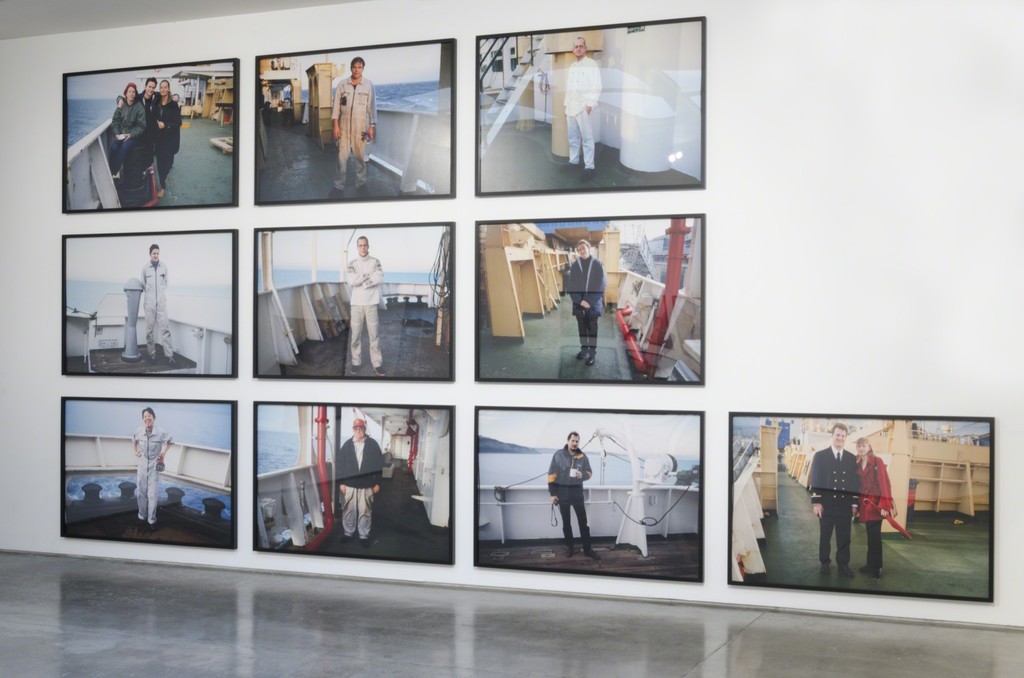 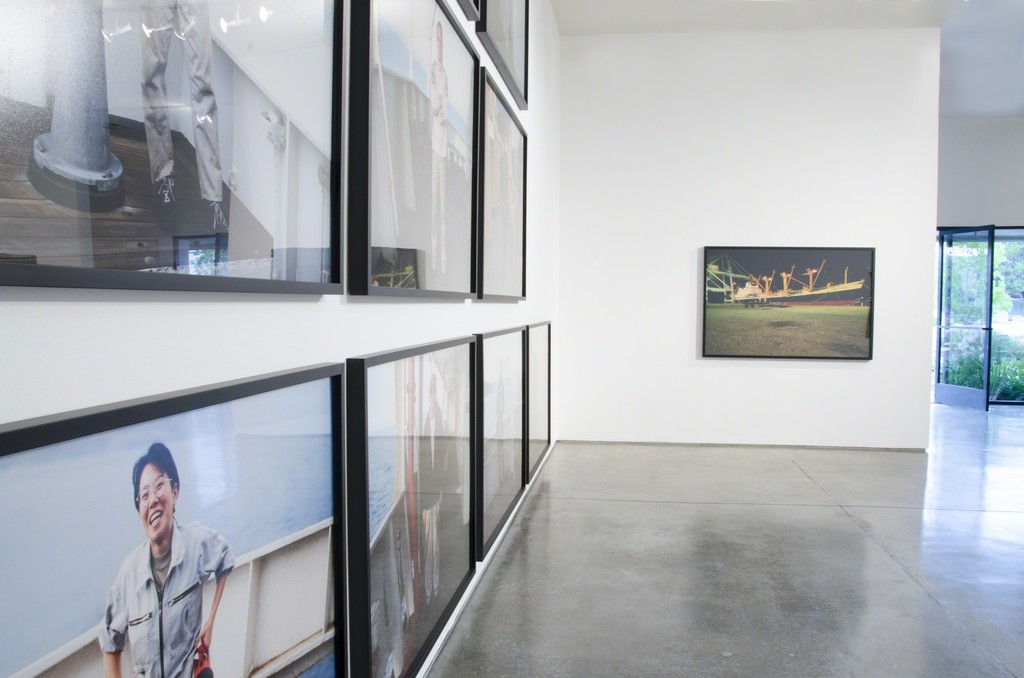 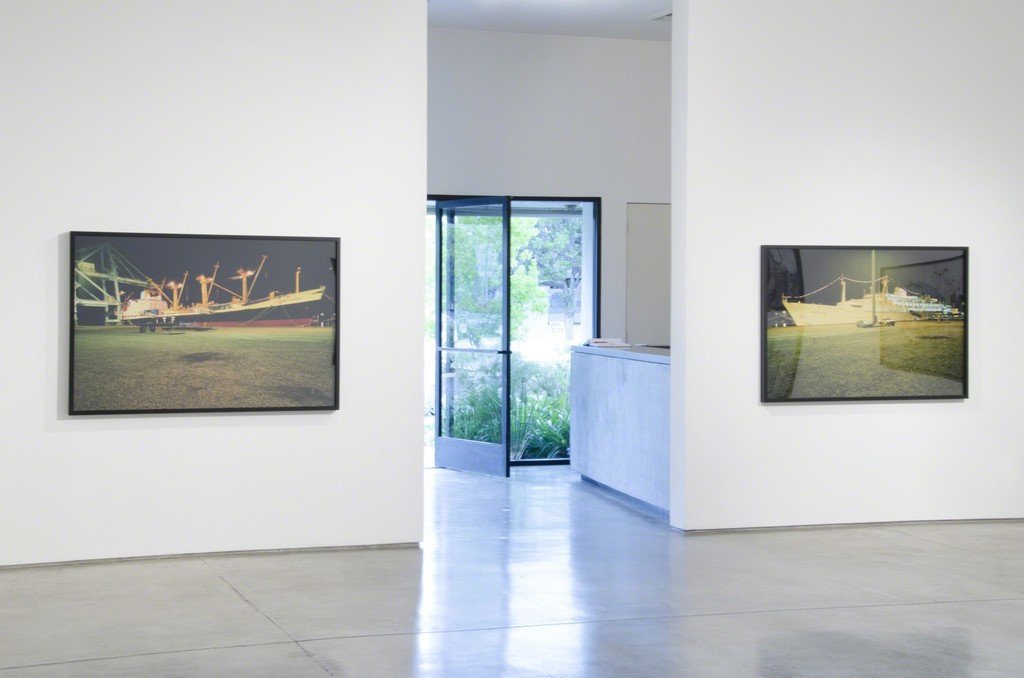 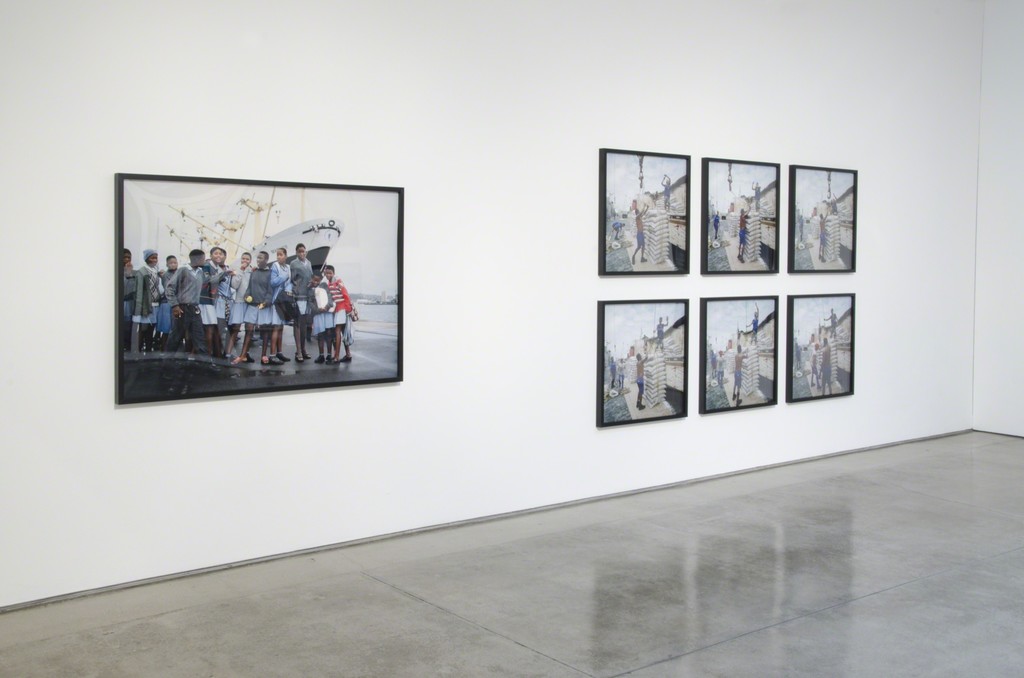 Christopher Grimes Gallery is pleased to present the late Allan Sekula’s, Ship of Fools. This series was first shown at the São Paulo Biennial and represents Sekula’s last major body of work. Throughout his career he repeatedly returned to the theme of maritime space through a number of interrelated books, films and exhibitions including Fish Story, TITANIC’s wake and Lottery of the Sea. Ship of Fools examines the adaptation of a cargo vessel in 1998 to host a mobile multi-media exhibition in its hold. The exhibition, sponsored by the International Transport Workers Federation, formed part of an 18-month campaign around the world against a system of shipping under flags of convenience that shield substandard vessels and exploitative labor conditions. Sekula’s participation in various stages of the journey on the Global Mariner resulted in this series of photographs on display.