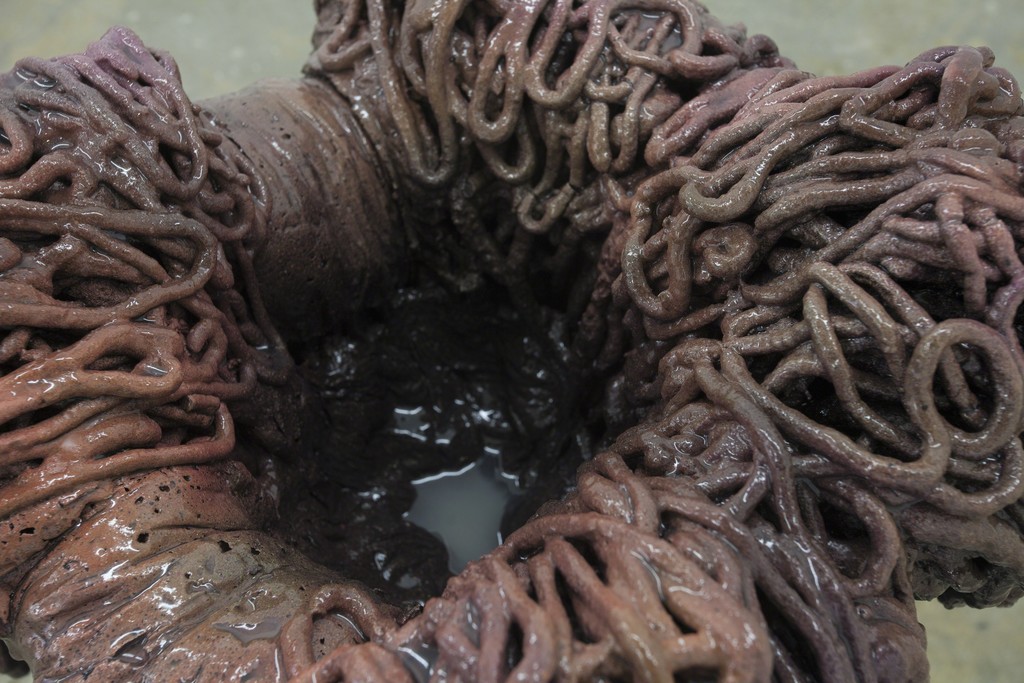 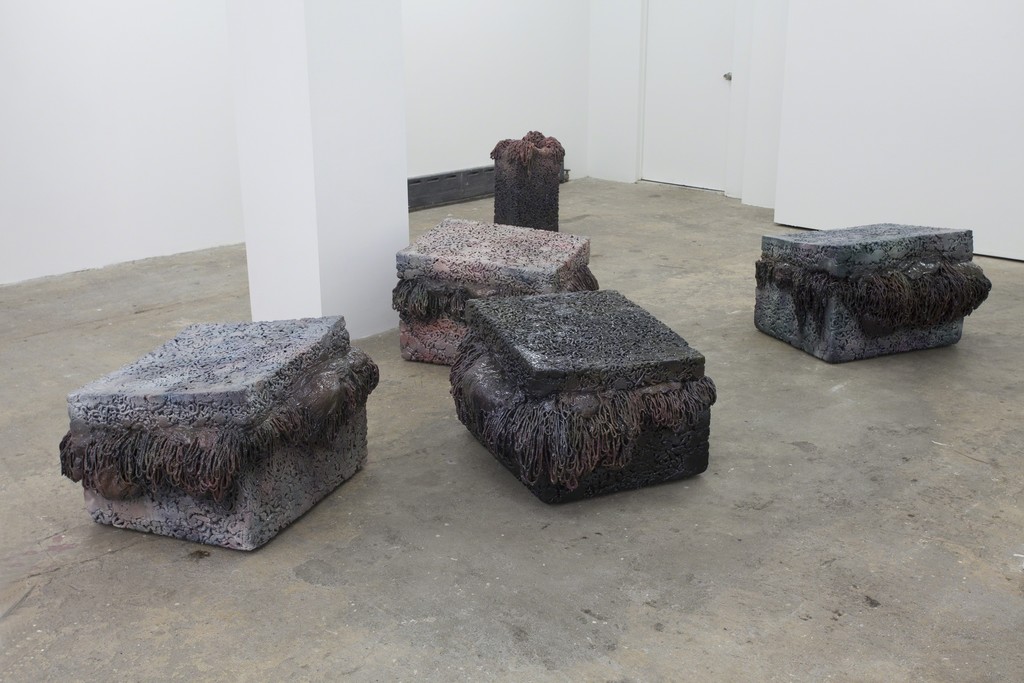 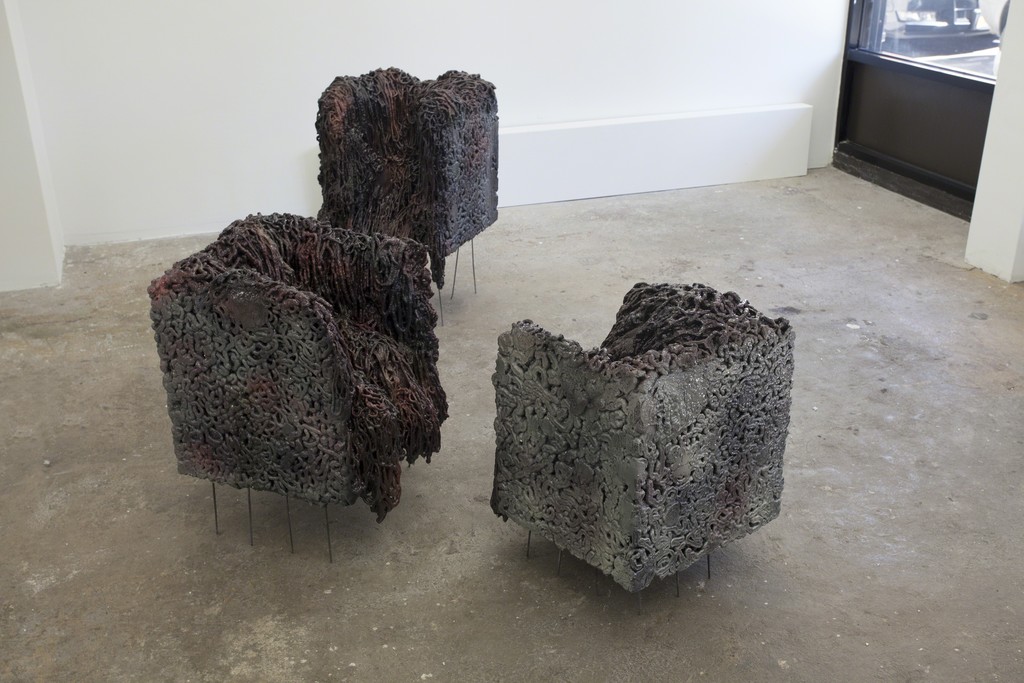 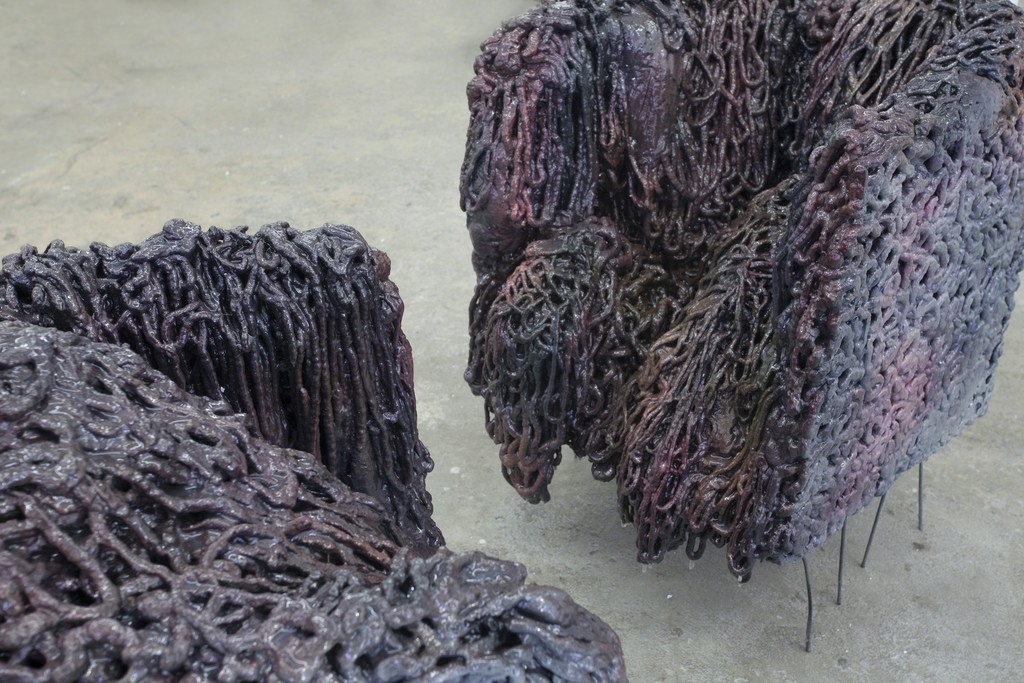 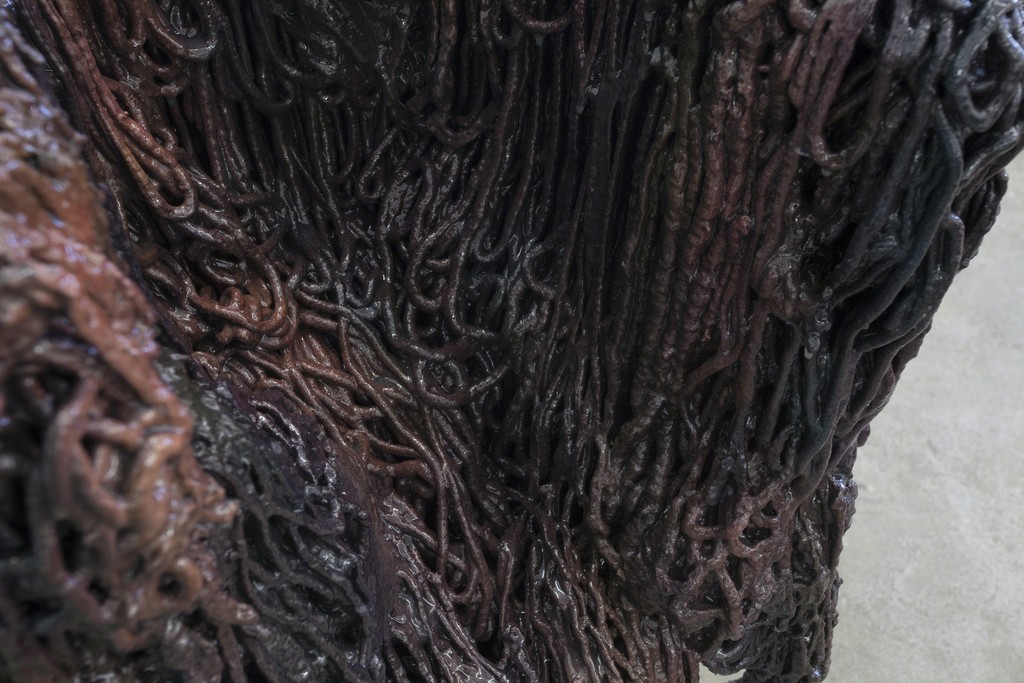 Cindy Rucker Gallery is pleased to present Out of the Box featuring works by Cologne-based artist Gereon Krebber. This is Krebber’s fourth solo show at the gallery.

Each work arises as “a dichotomy which has become sculpture,” between funny and revolting, pleasing and disturbing. The box shapes are contrasted with their strange inside; organic lumps seem to be caught gushing out. Covered with straws of polyurethane foam, their metallic hues with flesh colors give them a feeling of decay yet at the same time shine.

In an attempt to disengage his works from the idea of the white cube and rejecting the classic paradigms of sculpture, Krebber compels the audience in sensory, nonintellectual ways, revealing the organic cycles that affect artworks and the spaces they inhabit. The sculptures’ measurements take a staunch from the feminine body ideal of
90-60-90, however, rather than delivering promising curves, their content is strangely bubbling and overflowing, countering our expectations.

Gereon Krebber (b. 1973, Germany) received his B.F.A. in 2000 from the Art Academy of Düsseldorf, and his M.F.A. in 2002 from the Royal College of Art, London. Recent solo shows include "Antagomorph" at the Museum DKM, Duisburg, and "Hat da nicht gerade was gezuckt" at the Kunstmuseum, Gelsenkirchen. He has been commissioned several public sculptures, and has been a guest professor and lecturer in different universities around Europe. Currently, he teaches sculpture at the Kunstakademie, Düsseldorf.