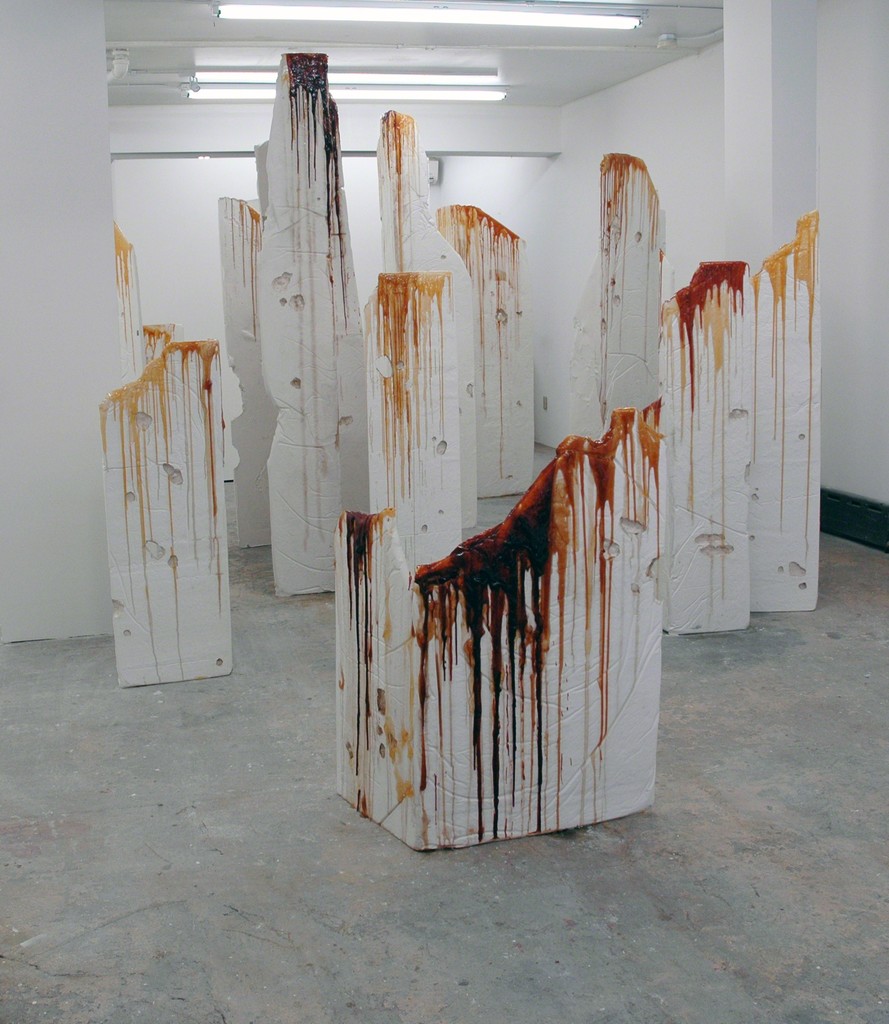 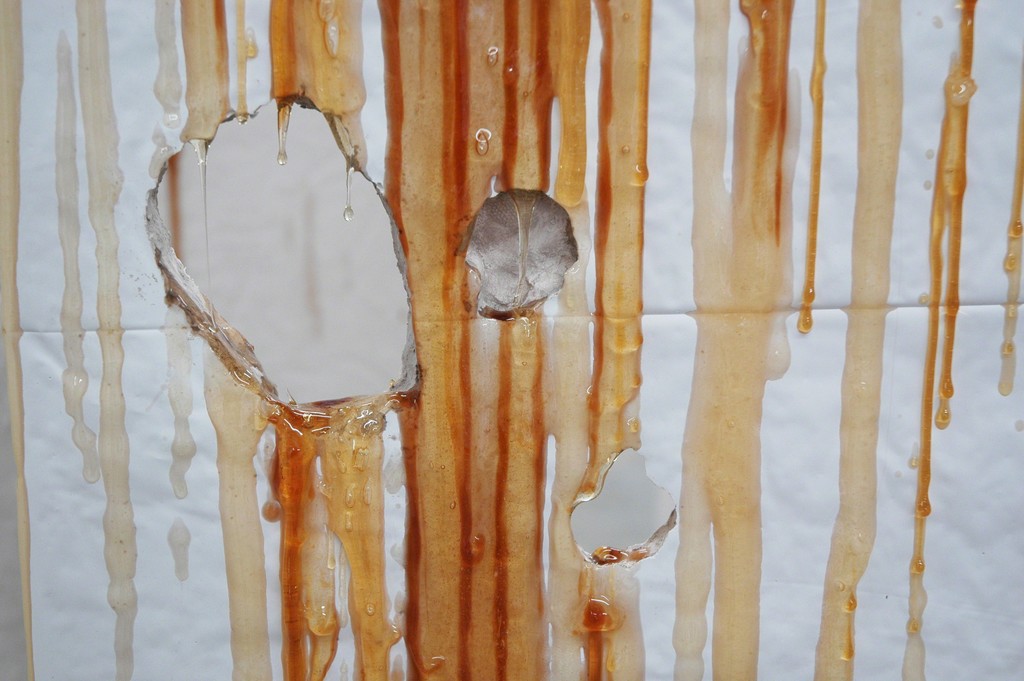 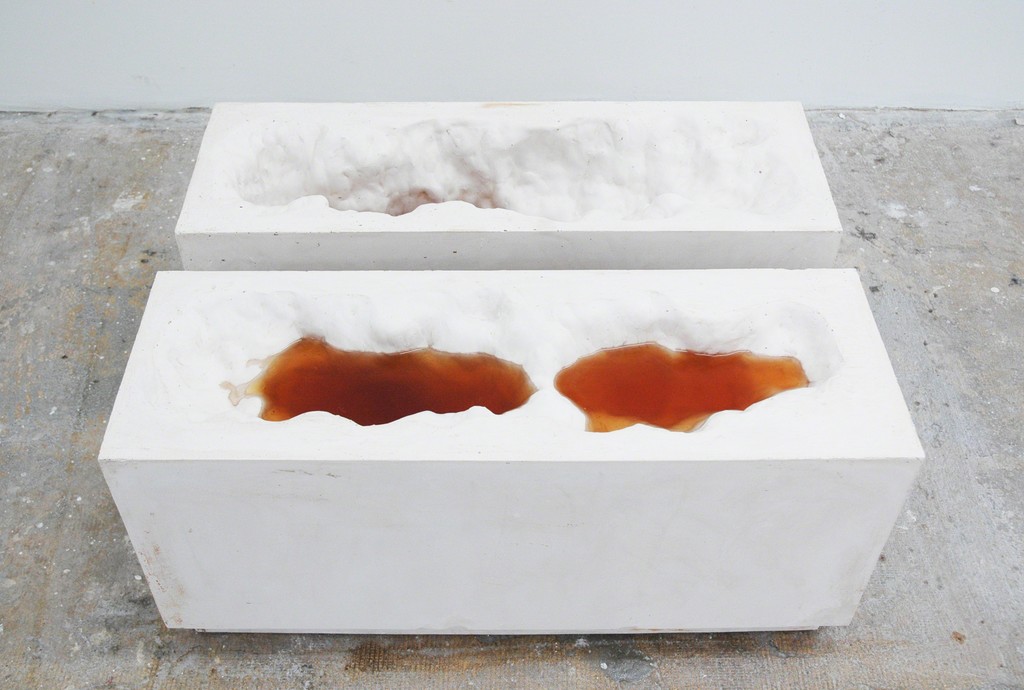 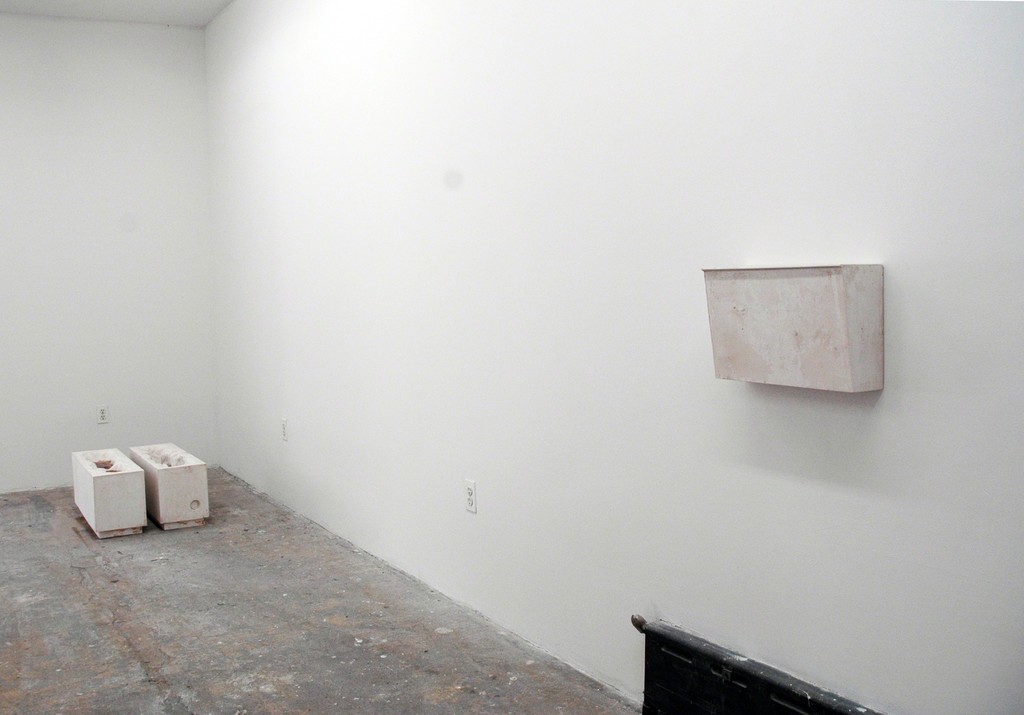 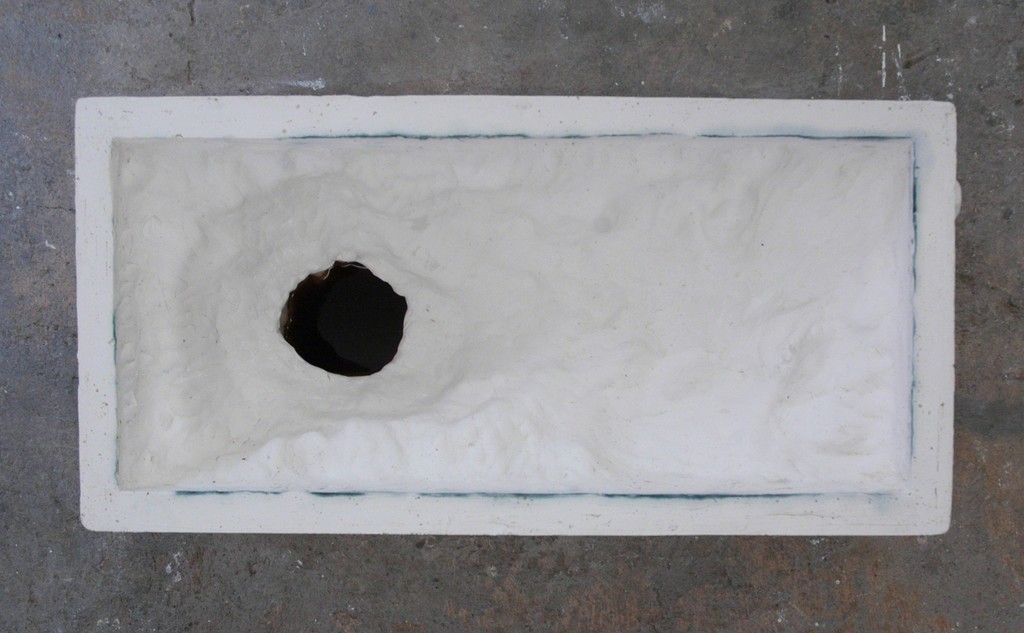 Consider the popular Greek myth of Pygmalion about a sculptor that created a work of art so
beauteous he fell in love with it. Now discard that idea and you have the work of Gereon
Krebber.
Gereon Krebber likes to take our fantasies about objects being beautiful things and shatter
them, sometimes literally. His forms teeter between structured and fragile, composed and
organic. His materials often contribute to this undefined state by making concrete appear
feather light and conversely effecting nearly weightless plastic look as though it’s composed of
pure steel. His latest show Limbic Turn incorporates a maze-like structure created from plaster
and sugar, which creates an enticingly tacky texture on the surface of the L-shaped plaster
walls. These beautiful pillar-like forms betray us not only in their unsustainable structure, but
also by rotting before our eyes.
Krebber’s large sculptures dominate the space creating an atmosphere that the viewer has no
choice but to contend with. Making the viewer uncomfortable is the goal. One of the smaller
sculptures suggest the calming familiarity of a white box while revealing the undulations of
organic matter inside, it’s mouth-like orifice housing a shimmering pool of caramelized sugar.
Krebber’s pieces are rarely what you assume them to be. The maze appears innocent to those
who are unaware of it’s syrupy coating; the smaller box boasts a gear-like appendage which
appears functional but does nothing at all.
These structures fit well inside the broad realm of post-minimalism, yet Krebber offers no
comfort in form. It’s the classic bait and switch: he lures you in with surface and gesture, before
accosting you with the reality of organic matter and how it is always betrayed by time.
Gereon Krebber (b. 1973, Oberhausen) recently exhibited his mobiles in the exhibition Responses to
Calder – Mobiles in Contemporary Art in the Kunsthalle Wilhelmshaven. In 2016 he will have solo
exhibitions at Antiköper/OTC in the Museum Folkwang Essen and Antagomorph in the Museum DKM
Duisburg, Germany. He lives and works in Köln.