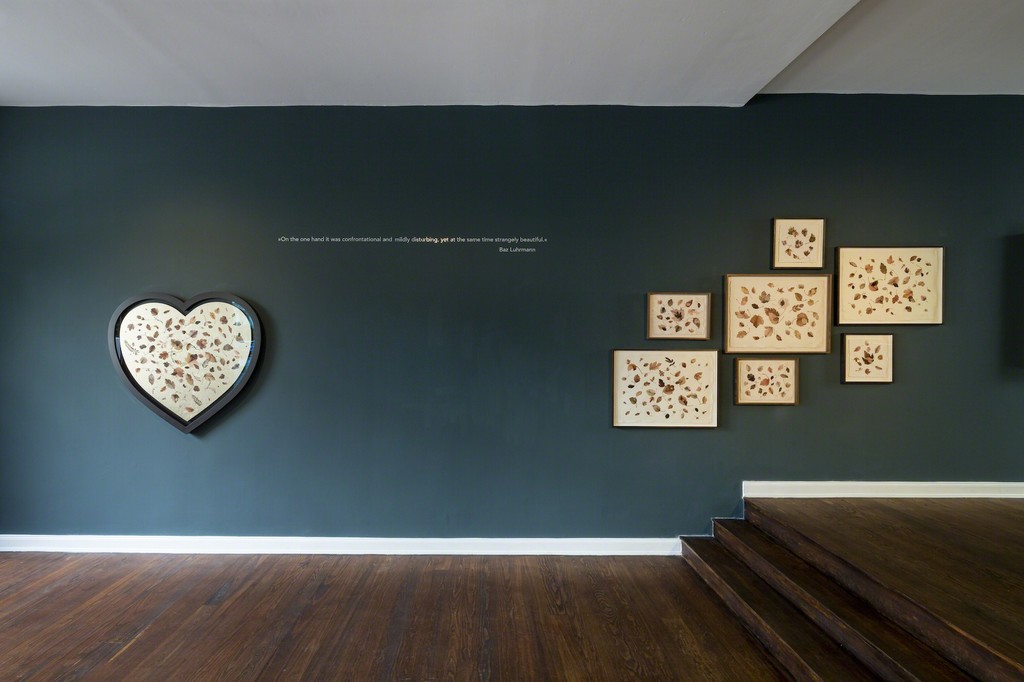 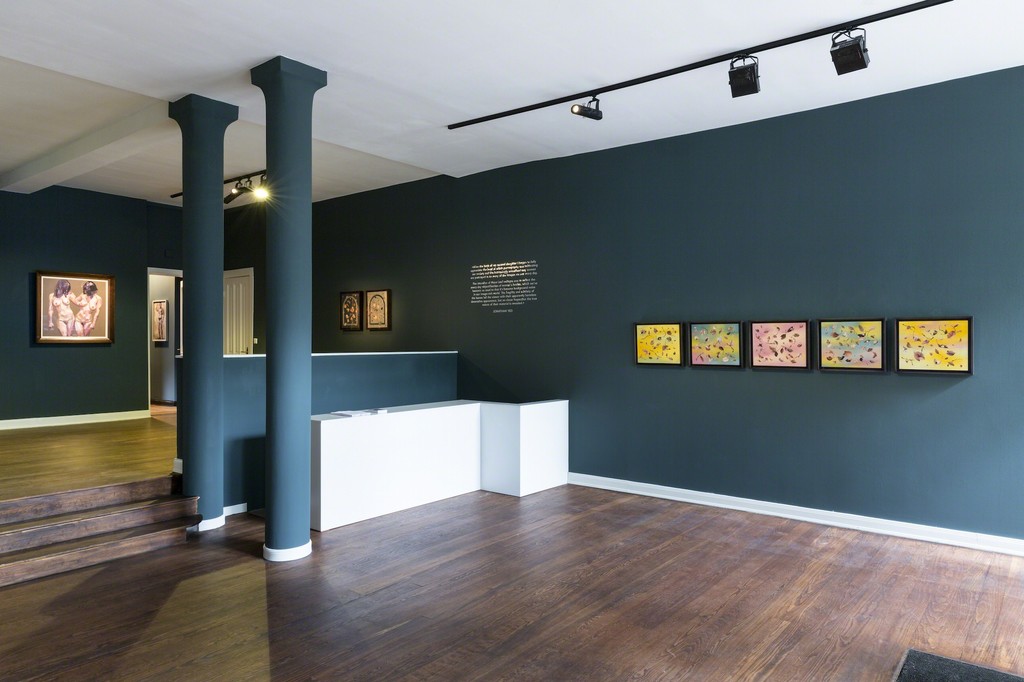 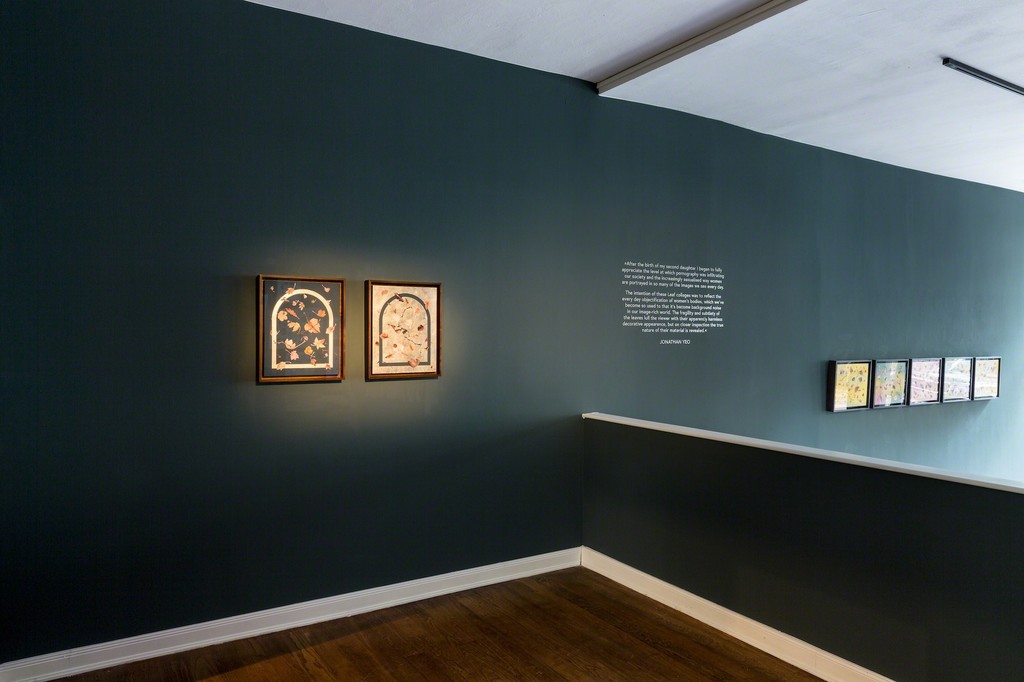 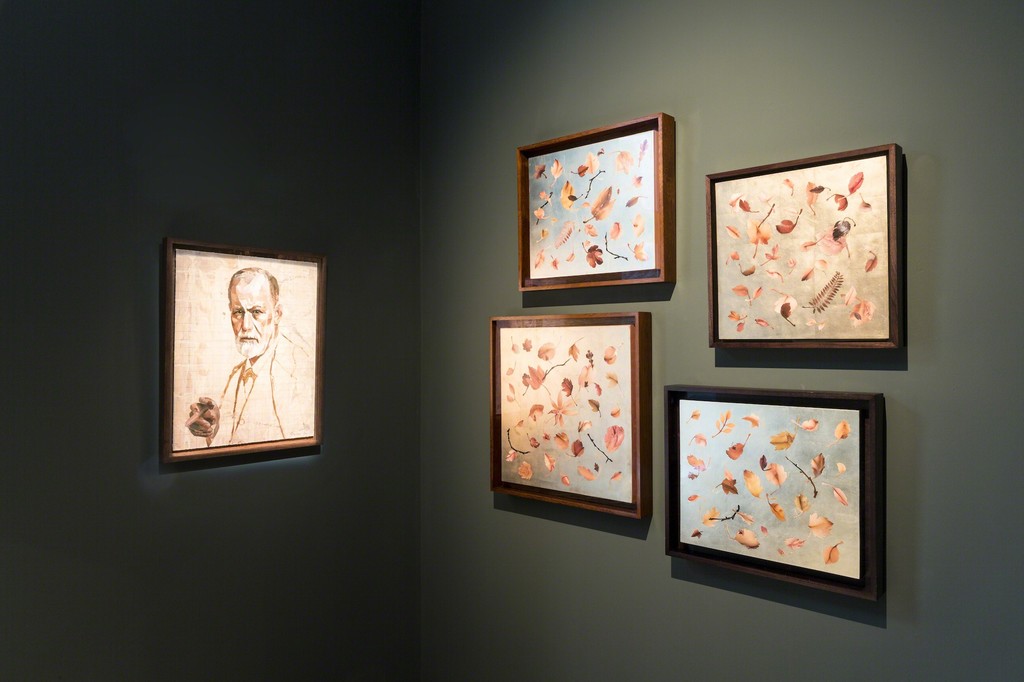 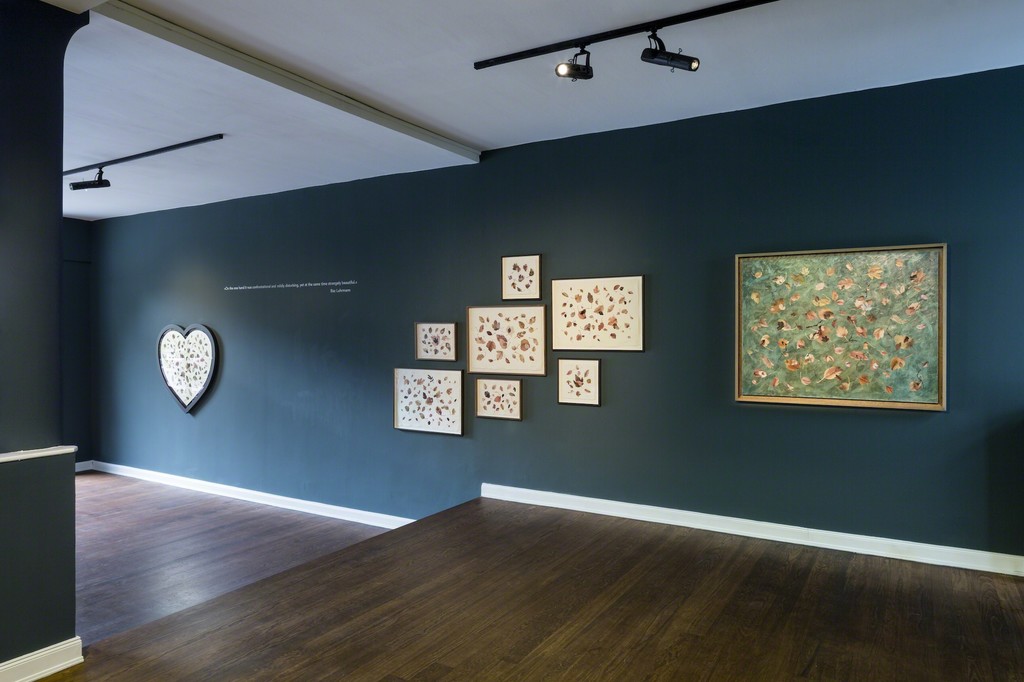 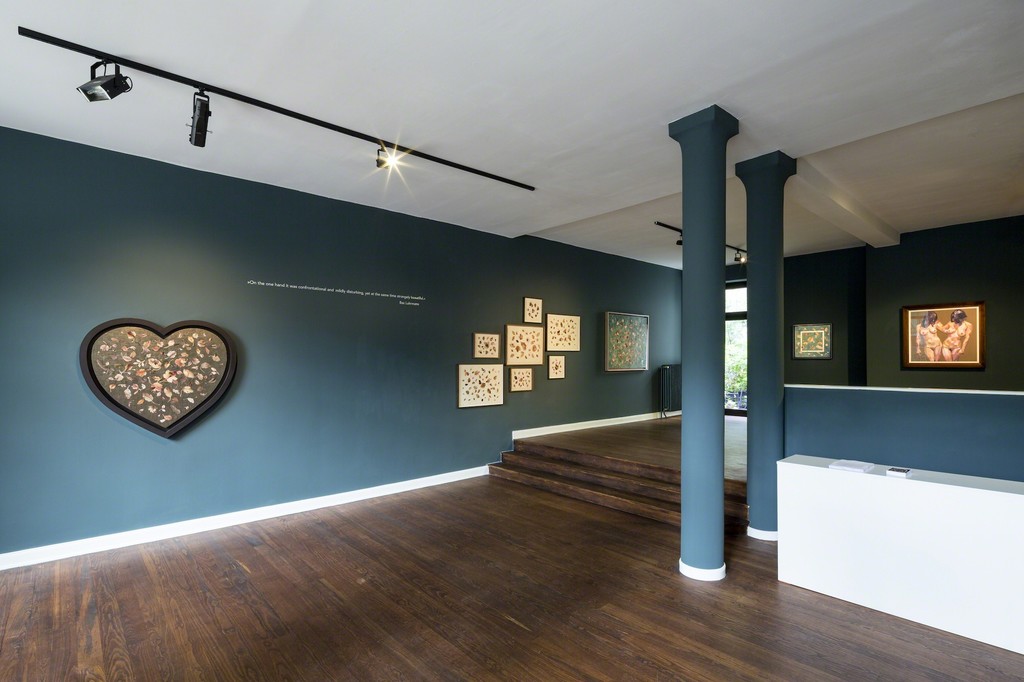 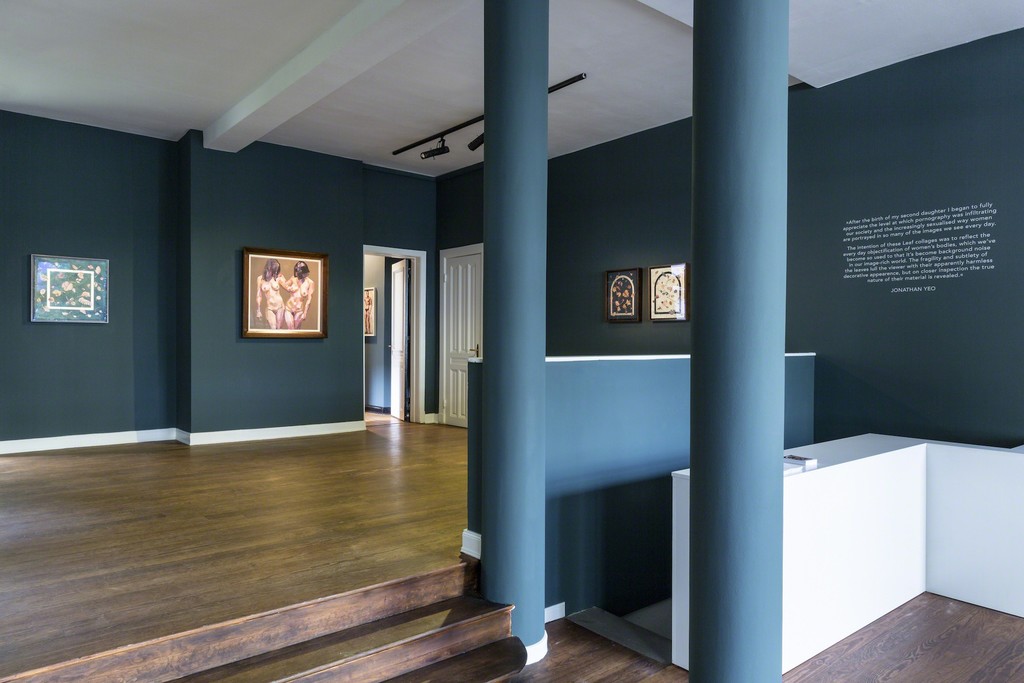 ‘EXPOSURE’, on view from 10th July 2015, is the second show Jonathan Yeo has exhibited with Circle Culture Gallery and the first time he has presented works in Hamburg. The exhibition will primarily consist of Yeo’s Leaf Works, created using the artist’s unique and celebrated form of pornography collage. It will be the first – and possibly the last – time these works will be shown together as a group in their own right.

Yeo started the Leaf Works series in 2008. Pieces from the series have been on display in New York and Los Angeles, in 2008 and 2010. Several new artworks have been created specifically for the exhibition in Hamburg, including a major gold-leaf heart painting entitled ‘Planten un Blomen’.

Yeo was first drawn to pornography as a medium after the birth of his second daughter, which made him increasingly aware of the sexualisation and objectification of women in the media and advertising. As well as the collaged portraits and Leaf Works, Yeo created a number of other figurative works in the form of classical nudes, also made from explicit material. These pieces, such as ‘Catherine and Pepper’, which will be on display at Circle Culture Gallery, also play on the canon of art history by transforming the traditionally acceptable portrayal of the human body into something controversial through the use of pornographic representations of the nude body.

The Leaf Works continue to play with the viewer’s expectations in their subtle transformation of form and subject. Their subversive content challenges the viewer – the soft, falling leaves on closer inspection reveal themselves as fragmented genitalia and sexual acts taken from pornography magazines – thereby commenting on pornography’s place in society, in that it has become almost invisible through its pervasiveness. This concept is taken even further in the wallpaper inspired by this series. Here, the pornographic leaves are designed to incorporate the same sexual imagery, but their form, reminiscent of old-fashioned repeat pattern wallpaper, further conceals the source material. This wallpaper was presented for the first time at the Ileana Tounta Contemporary Art Centre, Athens in 2009. Since then it has been re-configured several times and the newest version will be on display at Circle Culture.

The last show Jonathan Yeo exhibited at Circle Culture, ‘(I’ve Got You) Under My Skin’, in 2012, gained worldwide attention and also focused on a type of exposure, with a series of paintings depicting patients undergoing plastic surgery. A surgeon’s markings on pre-op bodies indicate where the skin will be cut, pulled and lifted, reversing the traditional view of the classically, beautiful nude female form to one of clinical bodily representation. The corpus becomes a fragile, biological vessel subject to self-inflicted violence as a result of today’s unrealistic beauty expectations, influenced by popular media.

This new exhibition seeks to challenge the way imagery is read by society and how it is affected by it, as well as continuing to explore Jonathan Yeo’s fascination with representations of the human body and identity.