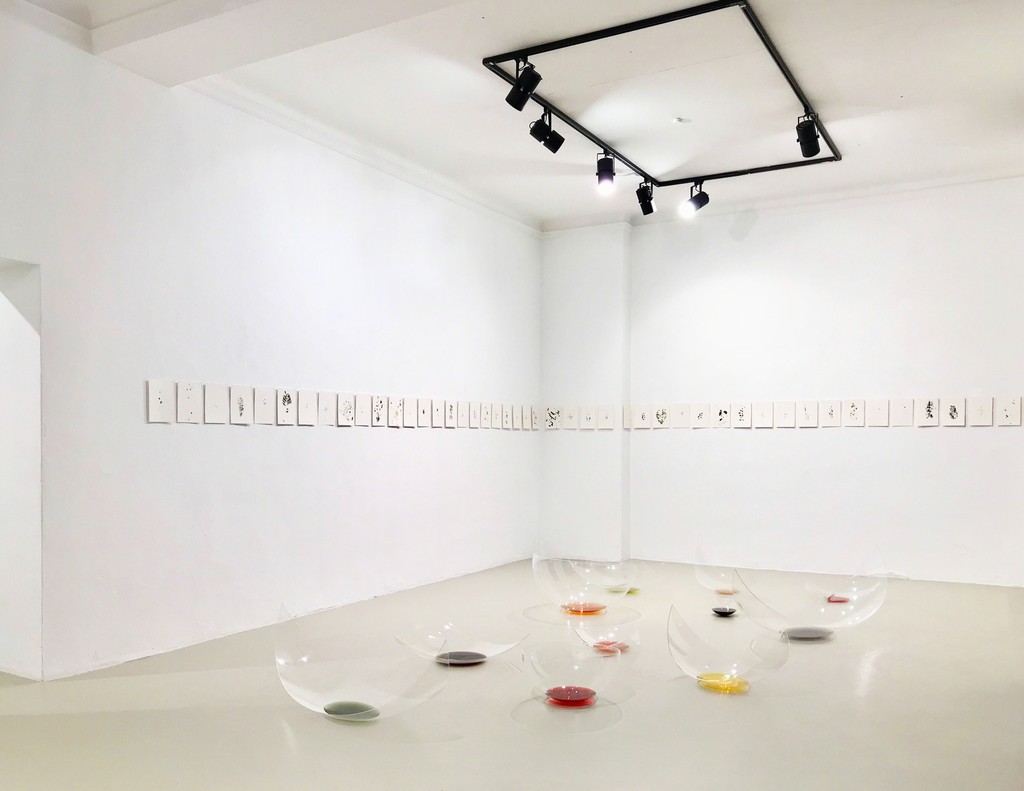 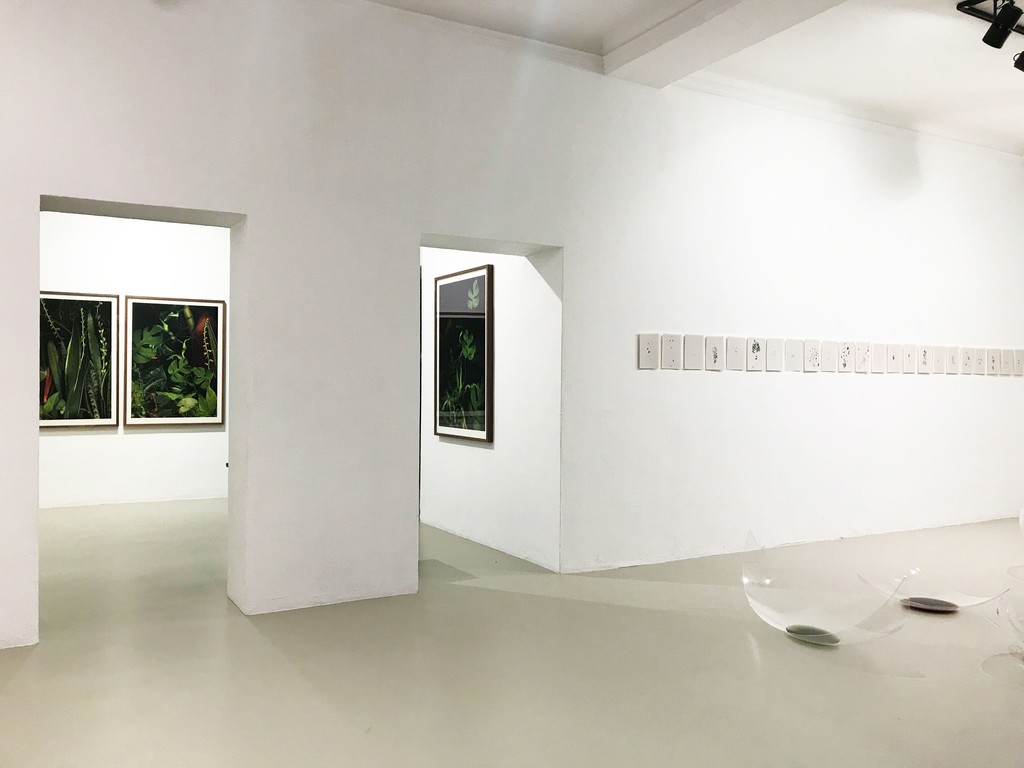 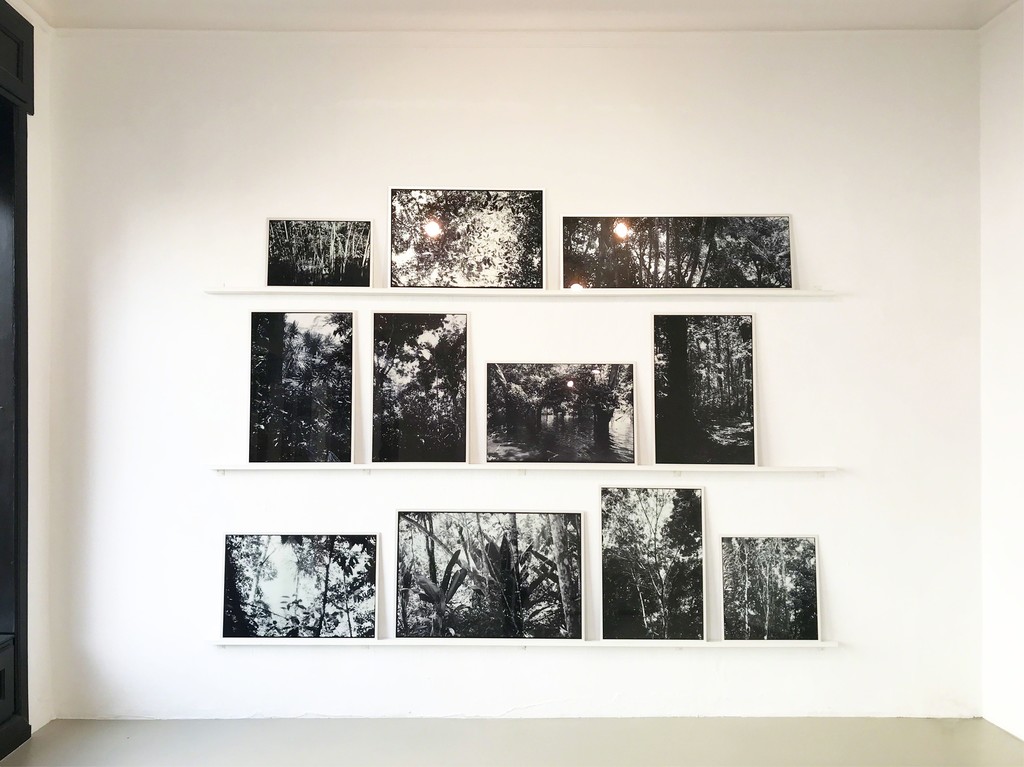 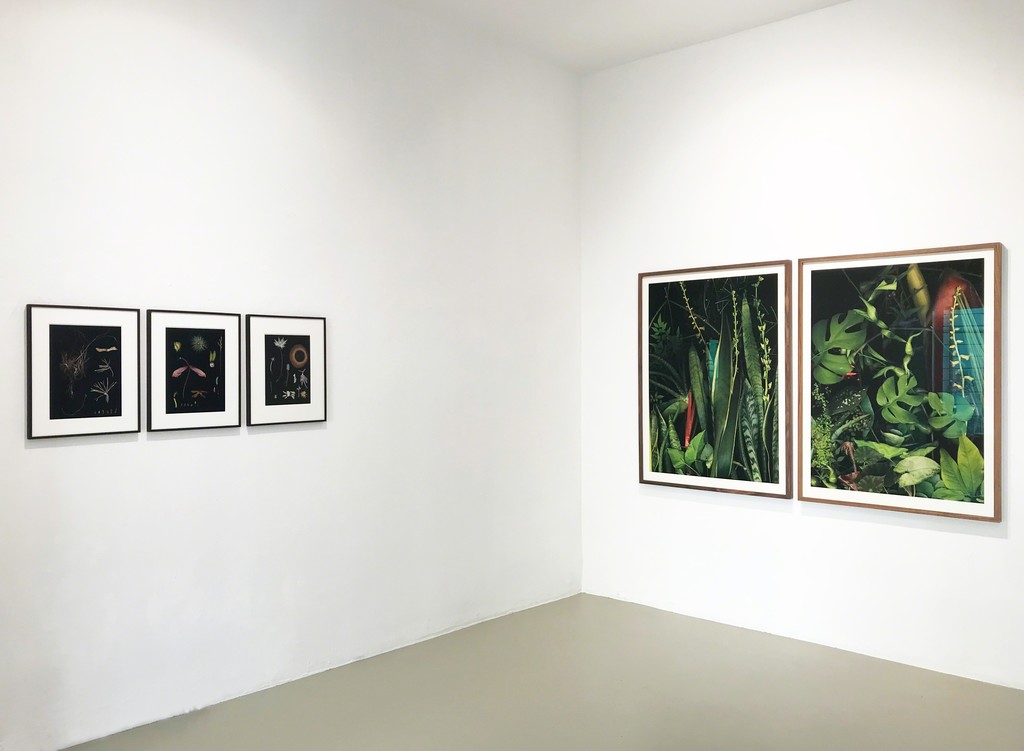 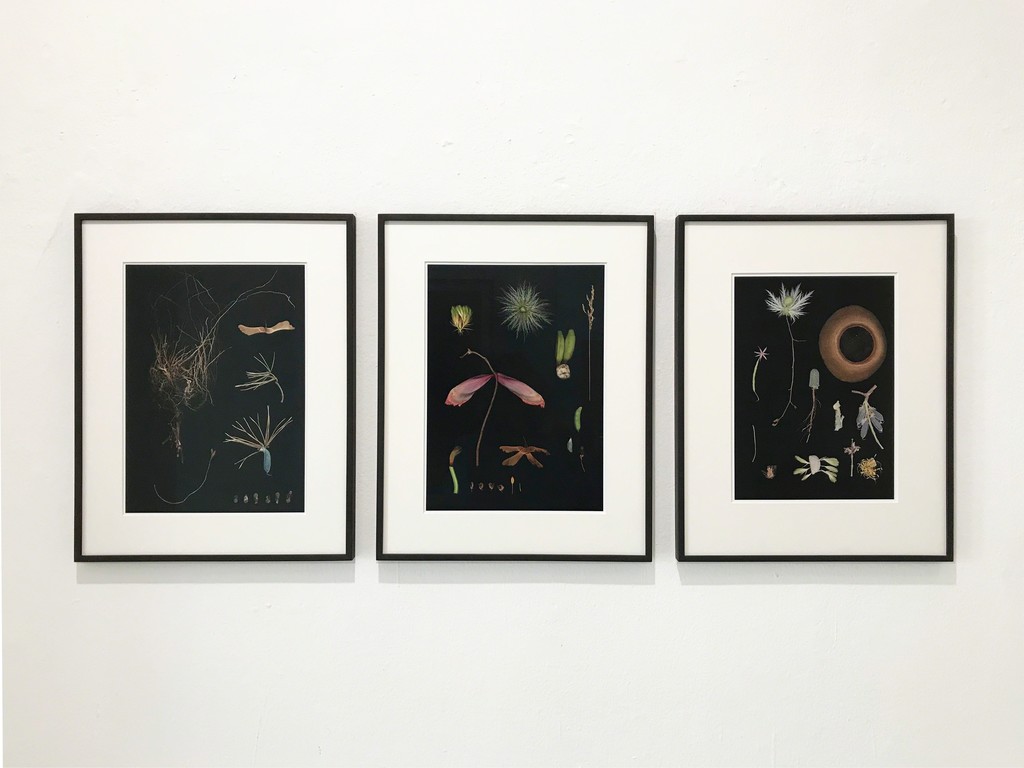 One of the central works of the exhibition is the installation "Presence of Absence". The 48 watercolors of the work are based on plant leaves gathered by the artist during a stay at the artist residency Labverde in the Amazon region near Manaus. The immersion in the Amazon forest led the artist to reflect on the mechanisms that renew, annul or transform it. Like European naturalists who captured nature in watercolors, drawings and travelogues, Simons introduces us to the flora of the rainforest. However, instead of a traditional botanical illustration, the work focuses on the leaves' void spaces, that form the dichotomy between presence and absence. Viewed from this angle, the absence of leaf matter testifies to the constant transformation of the action of time, men and animals.

The work "Presence of Absence" is accompanied by the series "Humboldt ist niemals da gewesen". It consists of 12 black and white photographs depicting the jungle of the rainforest from different perspectives. The name of the series, which also provides the exhibition title, alludes to the fact that the naturalist Alexander von Humboldt was unable to explore the Brazilian Amazon. On his journey through Latin America at the beginning of the 19th century, he was denied entry to Brazil because of political differences. For the photographs of the series, Luzia Simons used a Polaroid film. The characteristic aesthetics of the instant picture with its blurry contours is reminiscent of historic documentary material. At the same time, the modern technique of the dye-transfer process, with which the photographs are applied to aludibond, adds a three-dimensional effect to the images. By showcasing the works on different levels on the wall, the artist creates different vantage points on them, inviting the viewer to follow the keen and searching eye of the artist and take a visual walk through the Amazon forest.

The installation "Olho d'água" consists of spherical segments of transparent perspex, that serve as vessels for variously colored water. The colorations represent the fascinating shades that the water of the Amazon river takes on under the influence of sediments. Like a river, the objects of the installation meander from the front part of the exhibition into the second room. The water that is subjected to the process of evaporation during the exhibition can be seen as a metaphor for the mechanisms of the Amazon ecosystem, which has a cooling and humidifying effect on the global atmosphere due to the large amount of evaporating moisture. In the inevitable dehydration of the colorful puddles, the work also appears as a requiem for the forest threatened by rising temperatures and precipitation change.

The second exhibition space presents photographic works from the "Jardim" series, in which Luzia Simons stages plants and flowers of the Brazilian flora in front of a deep black, diffuse pictorial space. For these works, Simons does not use a camera but a scanner, with which she can achieve incomparable spatial depth and a high level of detail. In contrast to photography, the technique of scanning creates a non-focussed and thus highly precise image in high resolution, which allows the artist to transfer the floral motifs to large formats. In the scannograms, the depicted plants and flowers appear in a sublime presence that lets the beholder feel vanishingly small. The works of "Jardim" show compositions from plants such as Monstera, Aloe Vera, Begonia, Agave or Philodendron, that are well known in Europe as houseplants. Simons stages these plants wildly growing yet stylized, between nativeness and cultivation. As in Simons' well-known tulip arrangements realized under the series title "Stockage", the flower as a trading product on the local as well as global market becomes a cultural question that is representative of the topics of migration and intercultural identity – one of the crucial questions of the artist's work, not least with regard to her own path of life from Brazil via France to Germany.

The exhibition "Humboldt ist niemals da gewesen" offers an individual view on the Amazon forest, whose existence is massively threatened by human intervention such as large-scale deforestation and climate change.

On the occasion of the exhibition opening, we invite you for a talk with Luzia Simons, Lilian Fraiji and Johann Haehling von Lanzenauer. Lilian Fraiji is the curator of the Labverde program, an artist residency in Manaus, Brazil that promotes artistic exploration of the Amazon and its importance to the global climate. Johann Haehling von Lanzenauer, owner of Circle Culture, developed the Arts & Nature Social Club, a members' club that seeks to revive our relationship with nature by discussing artistic, scientific and economic perspectives on it. Together with Luzia Simons, they will discuss the value of intense nature experiences for the artist's work and the behavior of the individual, as well as the potential of art to shape a life-serving structure of society. The talk will be held in German and English.