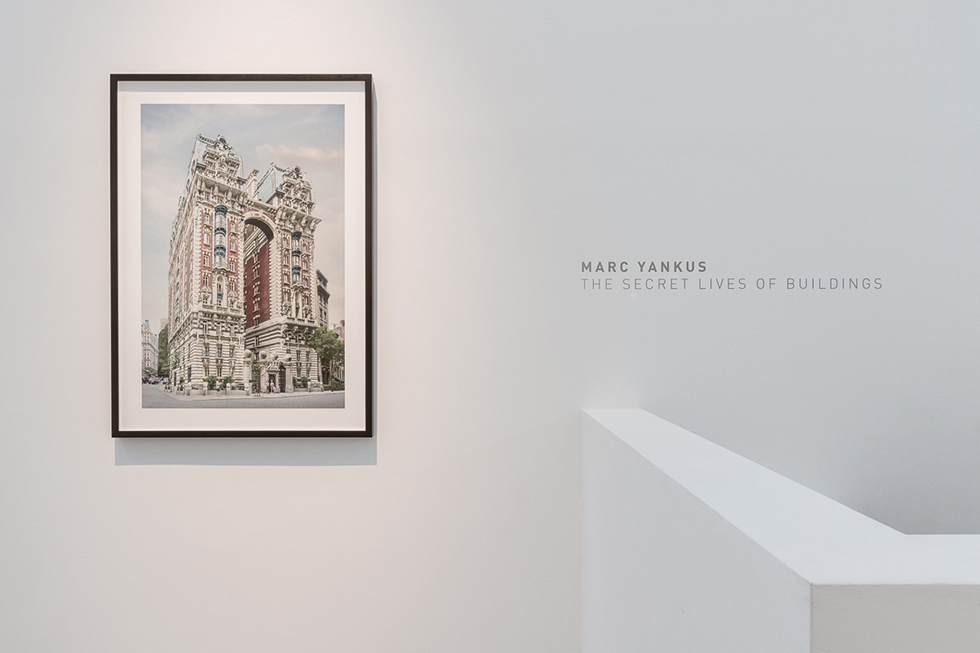 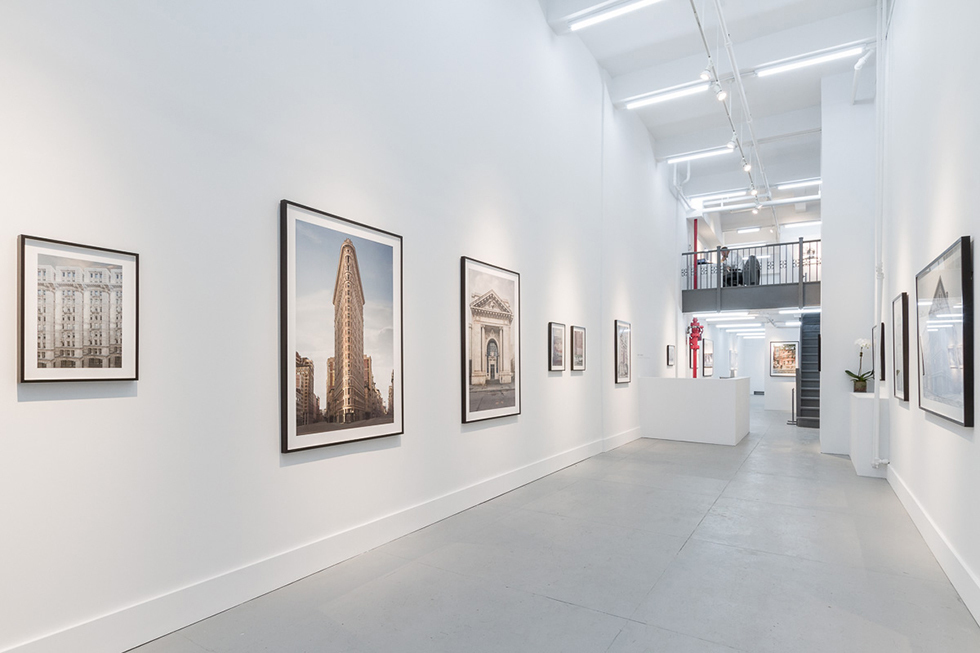 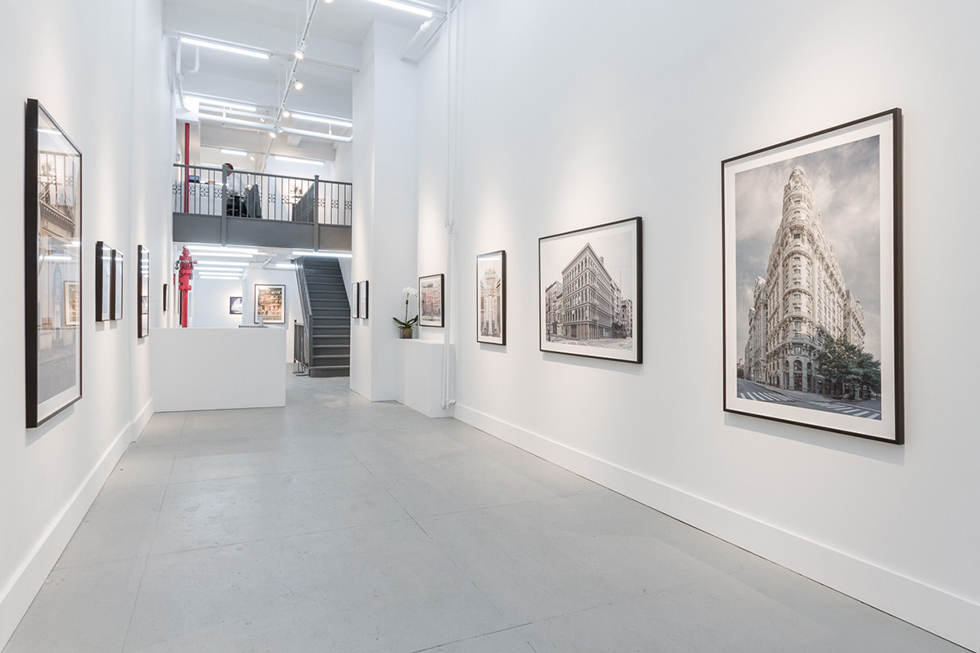 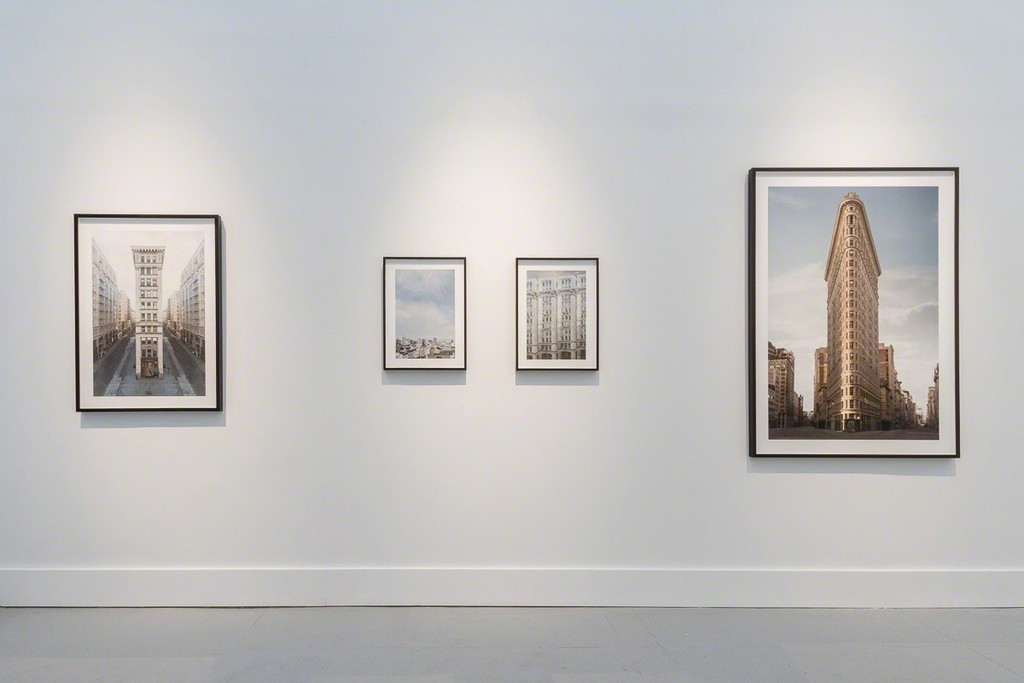 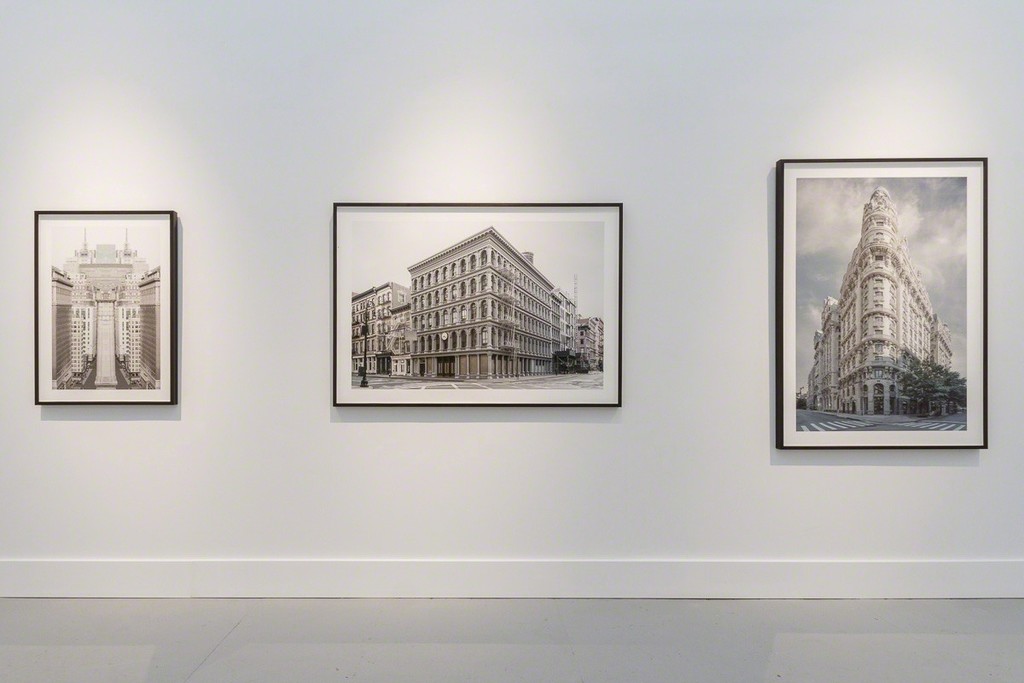 ClampArt is pleased to announce the opening of “The Secret Lives of Buildings,” Marc Yankus’ fifth solo show at the gallery, and the inaugural exhibition in our new, expansive storefront space in the Flower District of Manhattan.

Marc Yankus’s dreamlike portraits of New York City buildings straddle a fine line between documentary and fiction. In “The Secret Lives of Buildings” he captures the city’s architecture in an uncanny moment of stillness, free from the frenzy of people and cars. The sense of quietude lends elegance to the structures, both majestic and humble. Yankus inspires viewers to see historical buildings with a fresh perspective, offering an idealized and even utopian version of the past, while other buildings are viewed through a lens of potential. In separate scenes, the decay of crumbling concrete, chipped-away paint, and remnants of deconstruction paradoxically inspire a sense of agreeable nostalgia.

“On my way to the museum one day [when I was a boy], I was horrified to see wrecking crews knocking down one of my favorite buildings, a Beaux-Arts apartment building on 79th Street. In the months that followed, a monstrosity of a tower rose in its place. And while that eyesore is still standing today, the lost building—gone now for 40 years—endures in my memory [as] a fading, elegiac postcard of a lost time and place. In my current artwork, I seek to document New York’s iconic, lost, and forgotten architecture, from humble, small buildings to soaring skyscrapers. . . The buildings are not presented simply as they are. Muted of distracting visual noise, they represent my vision of how they ought to be seen.”

Marc Yankus’ fine art and publishing experience span a period of more than thirty years. Yankus’ work has been included in exhibitions at The Brooklyn Museum, Brooklyn, New York; the George Eastman House, Rochester, New York; the South Street Seaport Museum, New York City; and the Library of Congress, Washington, DC. His artwork has graced the covers of books by Salman Rushdie, Philip Roth, and Alan Hollinghurst, among many others. His images have also been used for theatrical posters for such acclaimed Broadway shows as Jane Eyre; August Wilson’s Ma Rainey’s Black Bottom; and John Patrick Shanley’s Pulitzer Prize-winning play, Doubt. Yankus’ work is represented in the permanent collections of the Museum of Fine Arts, Houston; the New-York Historical Society, New York City; and the Library of Congress, Prints and Photographs Division, Washington, D.C.