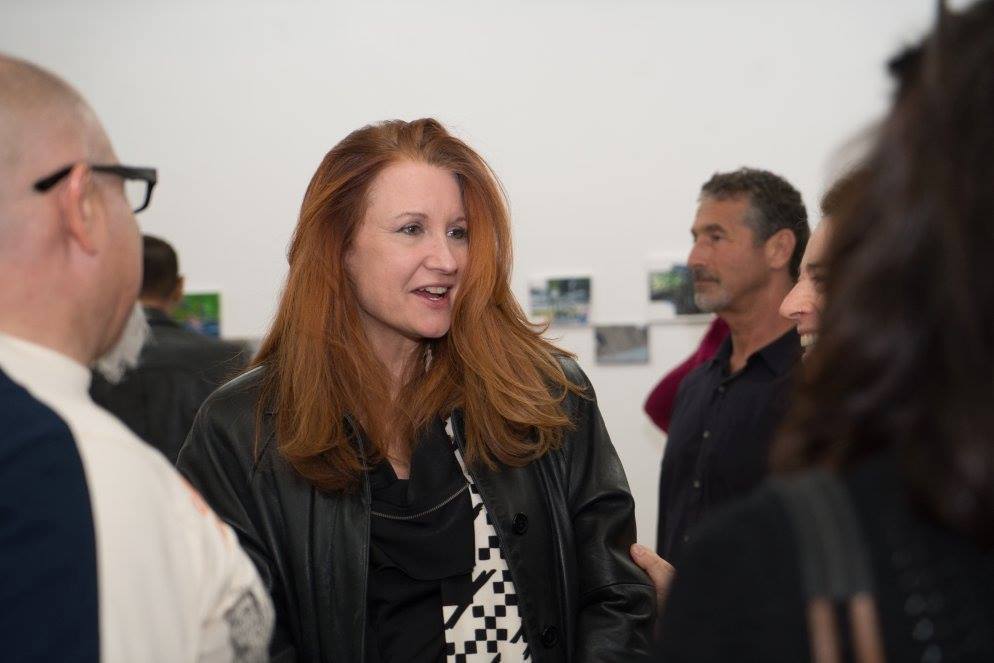 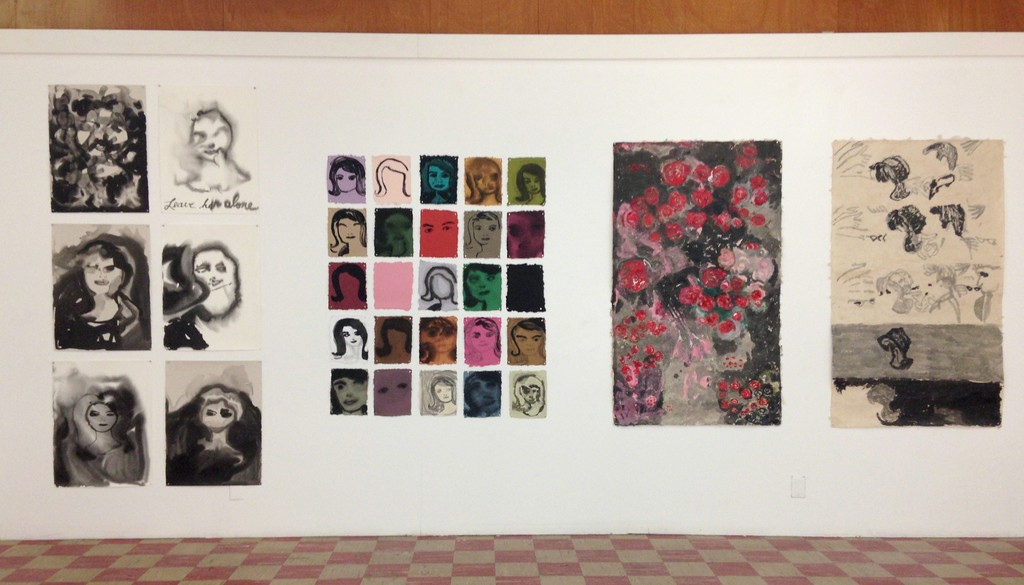 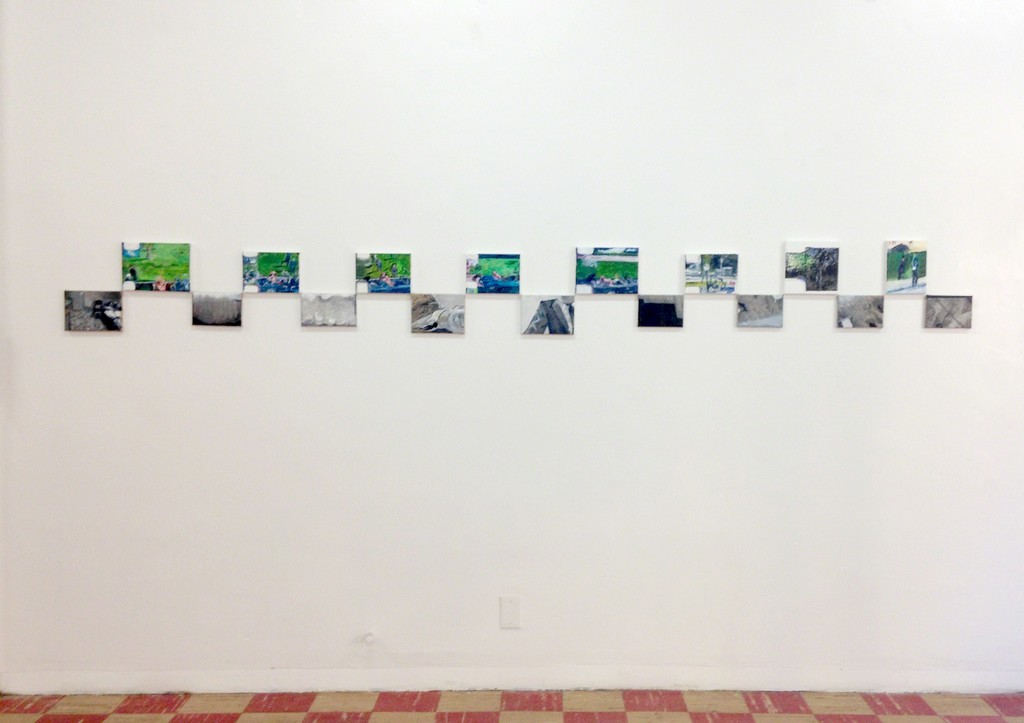 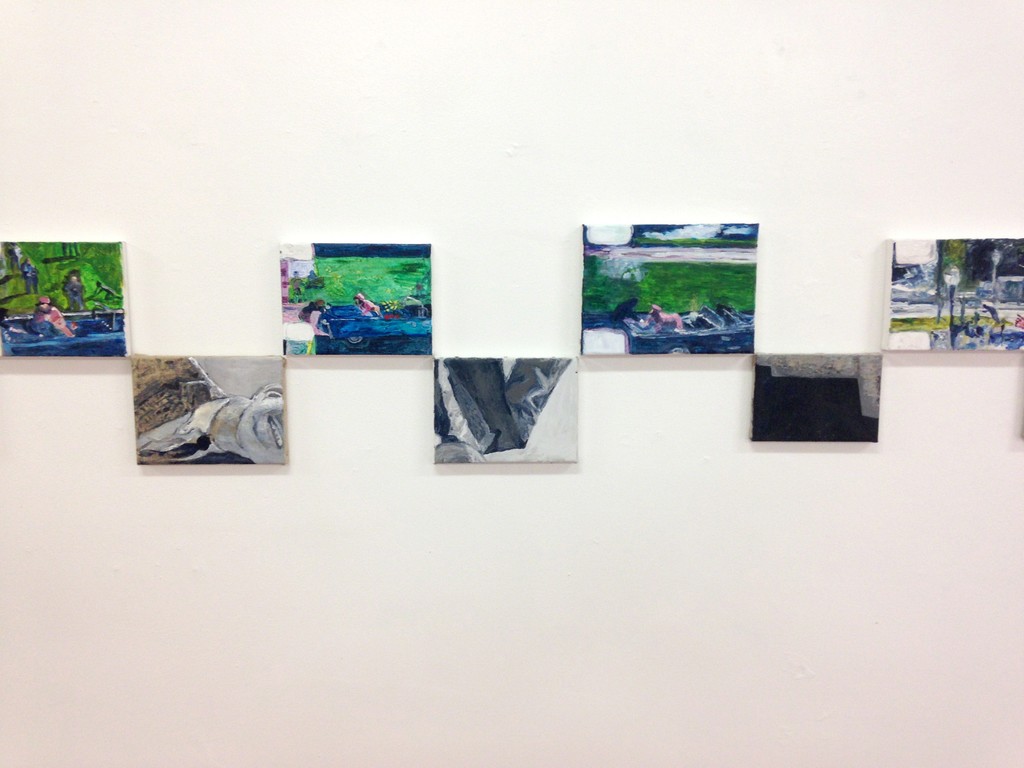 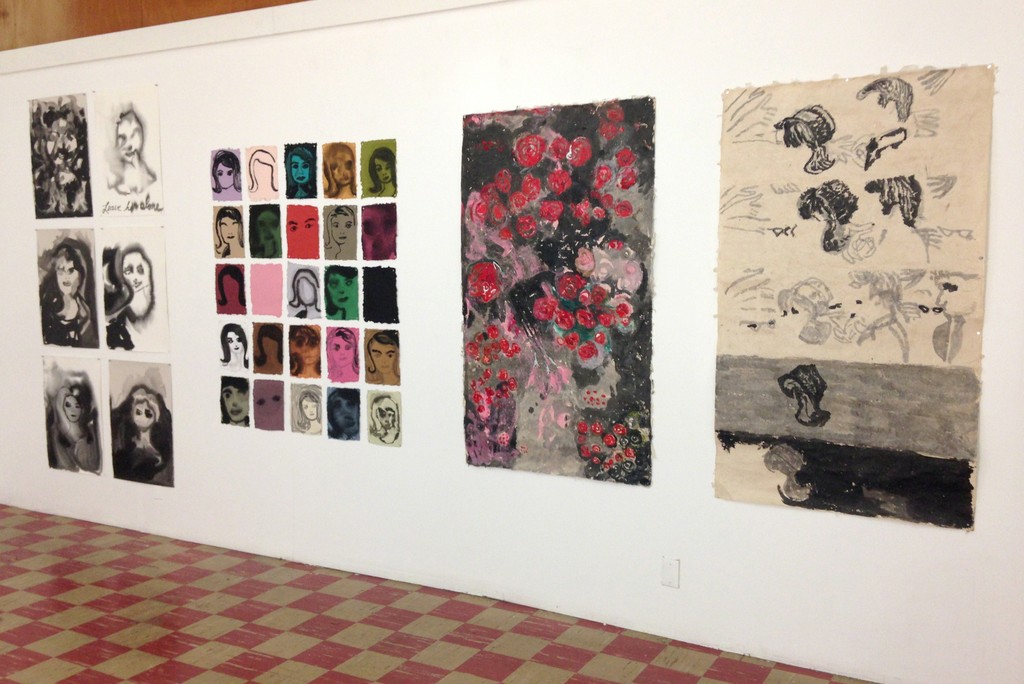 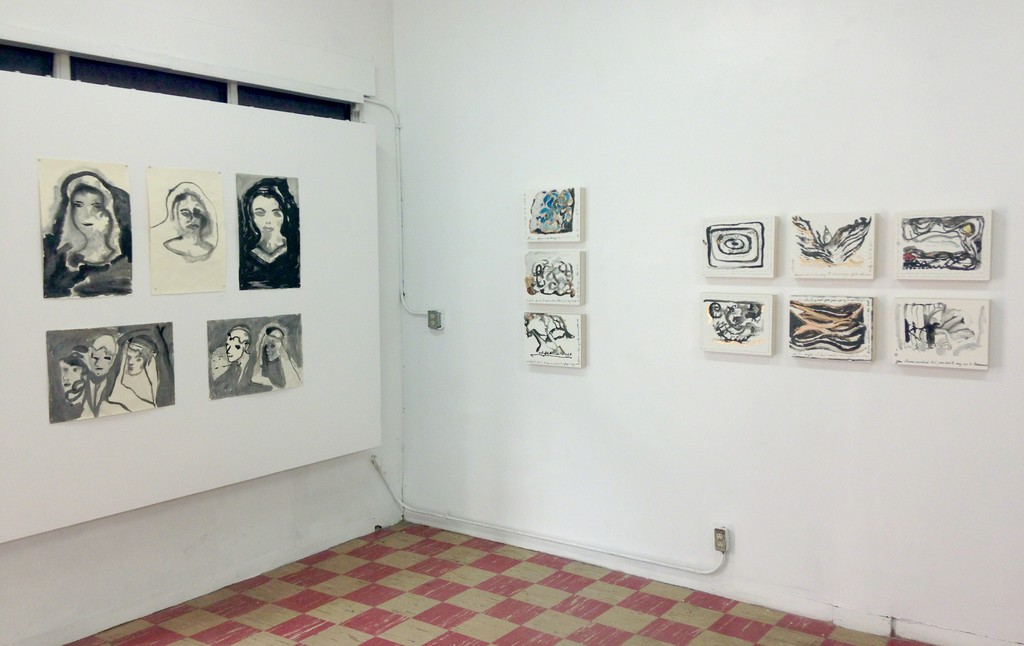 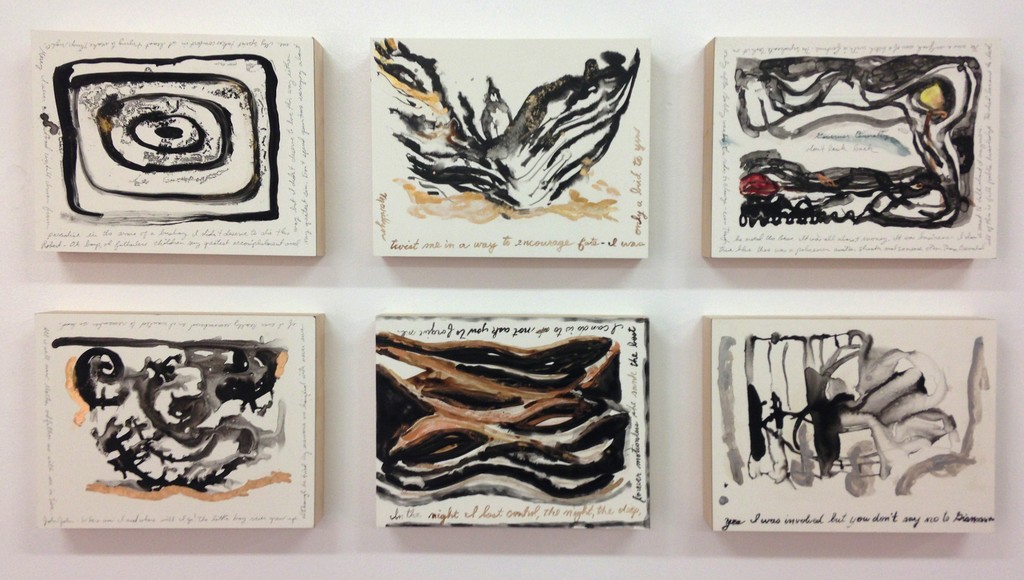 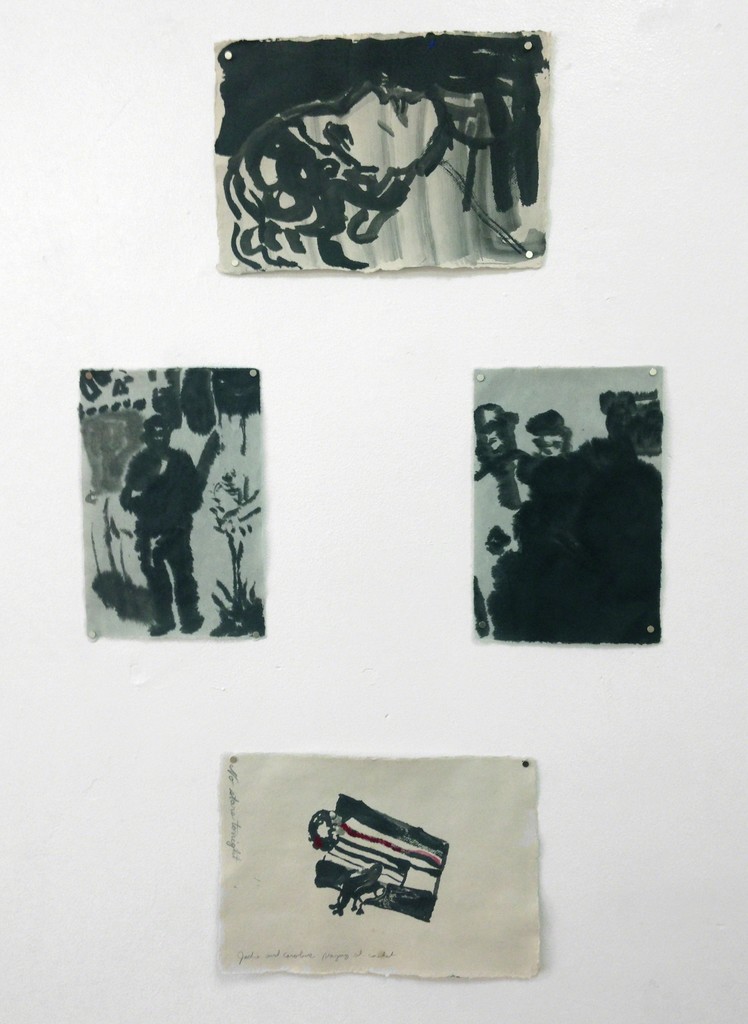 Exhibit opening coincides with Finley performances at the Broad Museum.

Coagula Curatorial is pleased to announce Love Field, a solo show of new work by world-renowned artist Karen Finley. The artist has been studying the traumatic images surrounding the assassination of President John F. Kennedy. Here she presents reworkings of common and uncommon images associated with the tumultuous events and personalities surrounding November 22, 1963.

Love Field refers to the Dallas Airport that Jackie and Jack Kennedy landed at on November 22, 1963.

Here are some of the series she presents in the exhibit:

PRESENCE OF ABSENCE
Representing the visualization of selective memory - a way of remembering and forgetting - Finley created Presence of Absence, a series of ink studies that abstract and fragment gestures, body parts and clothing that seem to disappear and haunt.

THE JACKIE LOOK SERIES
In reference to the infamous Warhol series of portraits of Jackie Kennedy, Finley’s The Jackie Look Series repeats
the worshipped face yet doesn’t try to hold time, nor looks for perfection, but rather allows for transformation
of the interior from cartoonish to mysterious to the grotesque.

LOVE FIELD SERIES
In the Love Field Series, Finley highlights the significance of red roses given to Jackie after Air Force One had landed there. This was a break from the Texas tradition for visiting dignitaries to receive the yellow Texas Rose.

GRASSY KNOLL
In Grassy Knoll, the artist pays homage to stills from the Zapruder film as a way of seeing certain meaning and conspiracy in frames that hold the utmost of tragic consequence but remain within a context of the tradition of landscape painting.

CAMERA MISFIRE
In Camera Misfire, Finley uses archived camera misfires from negative sheets of photographs as the source
to draw from and represent the camera as weapon. The term “camera misfire” is when out-of-frame preservation
of inessential areas are kept and archived to preserve all relative association for an uncertain future.

The artist will also premiere a series of videos abstracted from memorabilia and images associated with the tragedy.