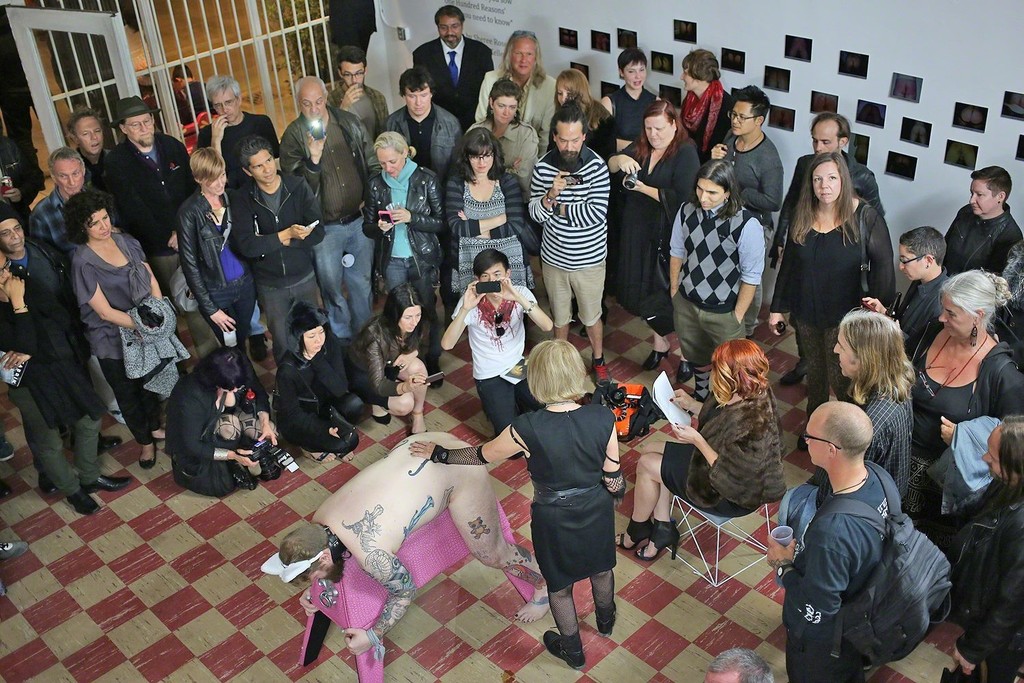 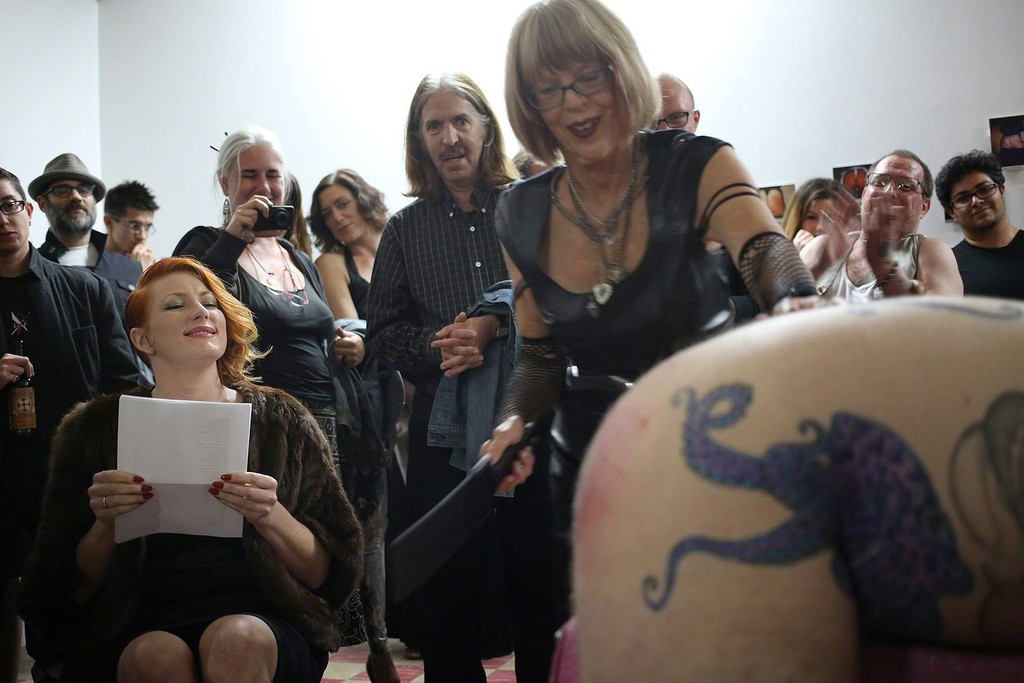 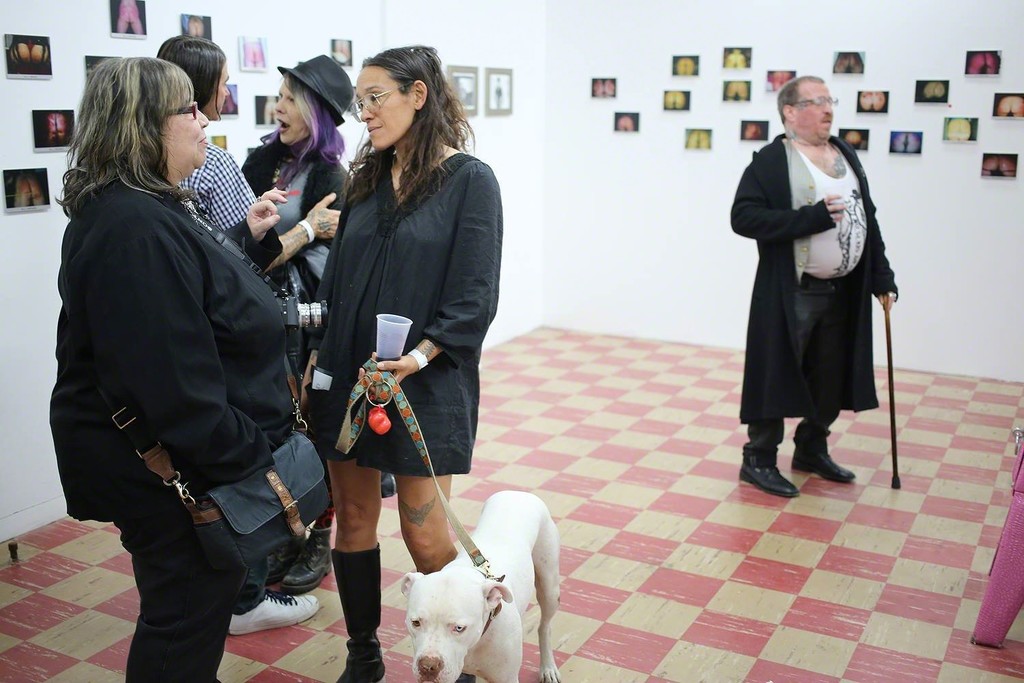 Coagula Curatorial present One Hundred Reasons, artist Sheree Rose's debut exhibition of her complete photographic series of one hundred spanked asses from the underground SM scene of the 1980s and 1990s. The series was shot by Rose and each photo was titled by the late Mike Kelley.

Beauty is pain and pain is beauty in the world of sadomasochism, a compelling paradox that pervades this group of photographs. The sheer mass of images bestows the body of work with a collective power, chronicling the aftermath of the pain willingly inflicted and endured within a dominant-submissive partnership. Individually, each serves as an intensely corporeal and intimate portrait of an anonymous subject, the bruises and lacerations like gestural marks and paint strokes on a canvas. These could be your friends, your family, your boss or your neighbor.

Rose was introduced to SM after meeting her collaborator in love and art, Bob Flanagan, in 1980. Re-examining herself after the end of a conventional first marriage, she connected with the thrill and community of fringe culture. Always interested in sexuality, gender and the movements they gave rise to, Rose found a new forum to freely explore these ideas. Photography became increasingly important to her as a means of blurring the boundaries between the private and public spheres and to convey the erotic experience as a multi-faceted part of the human condition. Because of her personal involvement, Rose had access to these clandestine clubs in Los Angeles that much of the population otherwise would not get a glimpse into. In this way her work is not voyeuristic, but rather an aware and artful signifier of abject experience.

The namesake of the series comes from a poem written by good friend and fellow artist, Mike Kelley, entitled “One Hundred Reason” from his book Plato's Cave, Rothko's Chapel, Lincoln's Profile. At a ten-year anniversary celebration for Rose and Flanagan, Kelley recited reasons numbered one to one hundred -- each conceived, humorous names for paddles -- while Rose simultaneously spanked Flanagan. This developed into a landmark video iteration.

Rose currently lives and works in Los Angeles. She received her MA in Studio Art from The University of California, Irvine. Her solo work as well as that with Bob Flanagan has been exhibited in renowned institutions worldwide, including LACMA, the Tate in Liverpool, The Santa Monica Museum of Art, The New Museum and P.S.1 in New York, The Musee d'arte Moderne et Contemporain in Geneva and the Kunst-Werke Institute for Contemporary Art in Berlin, among others.