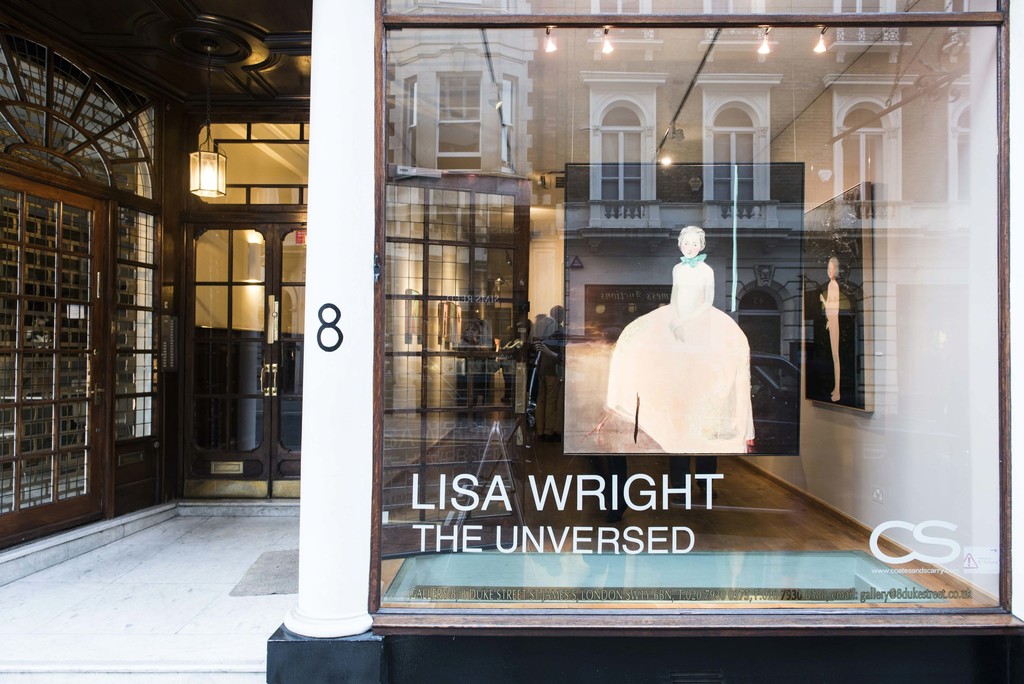 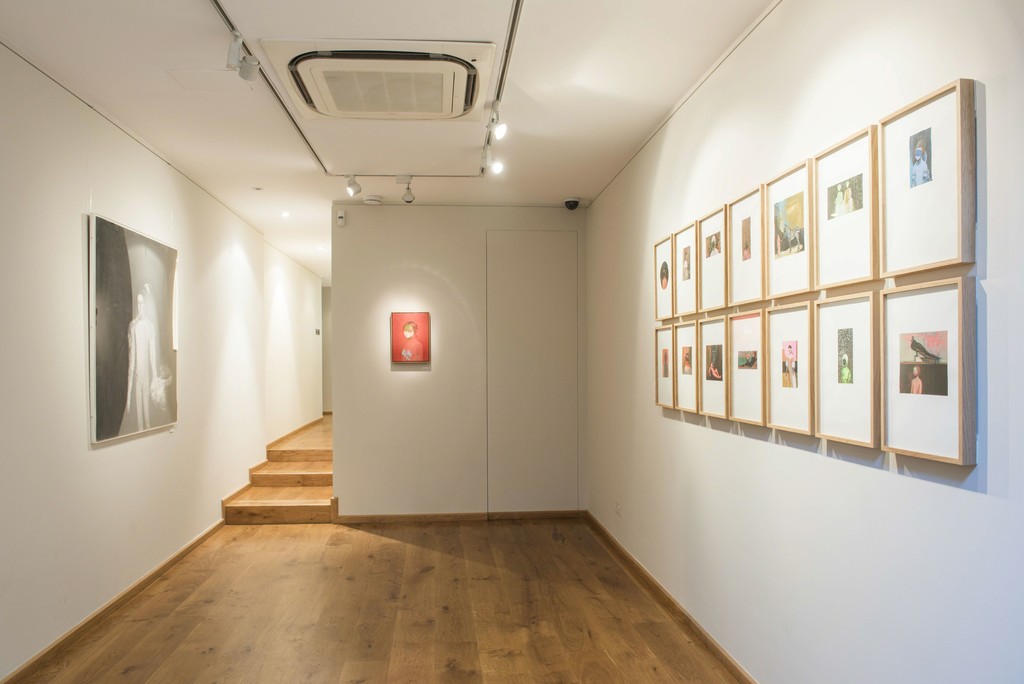 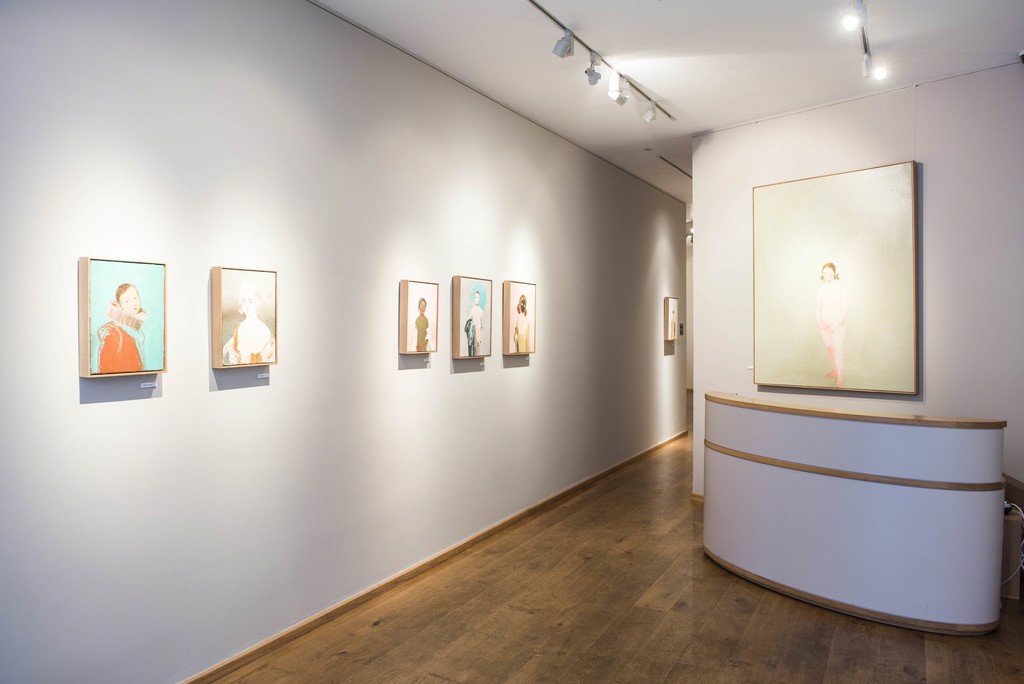 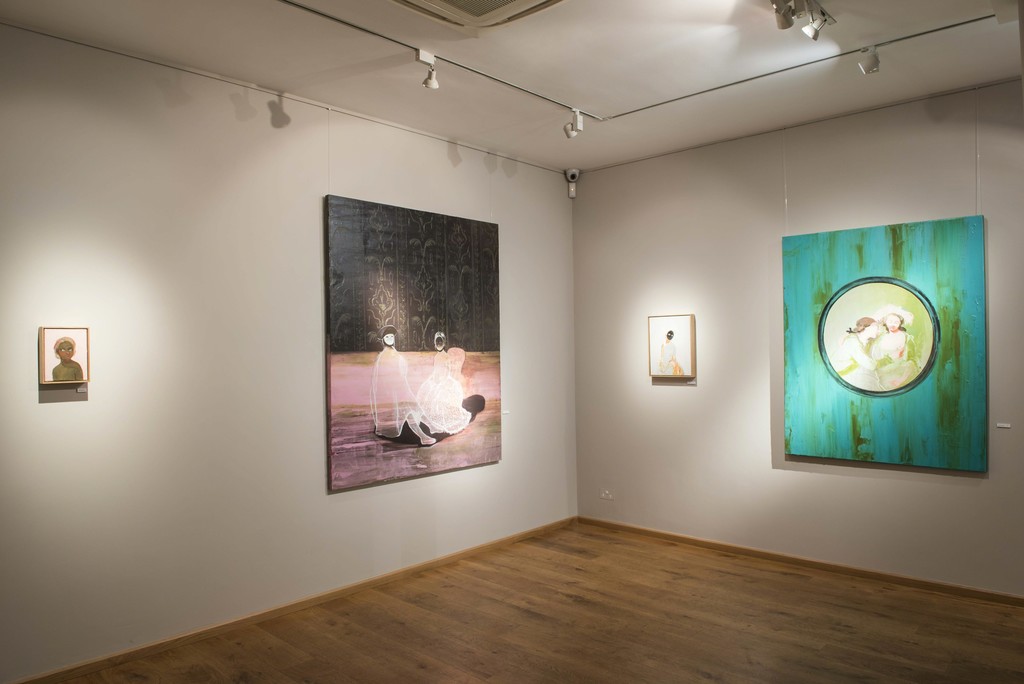 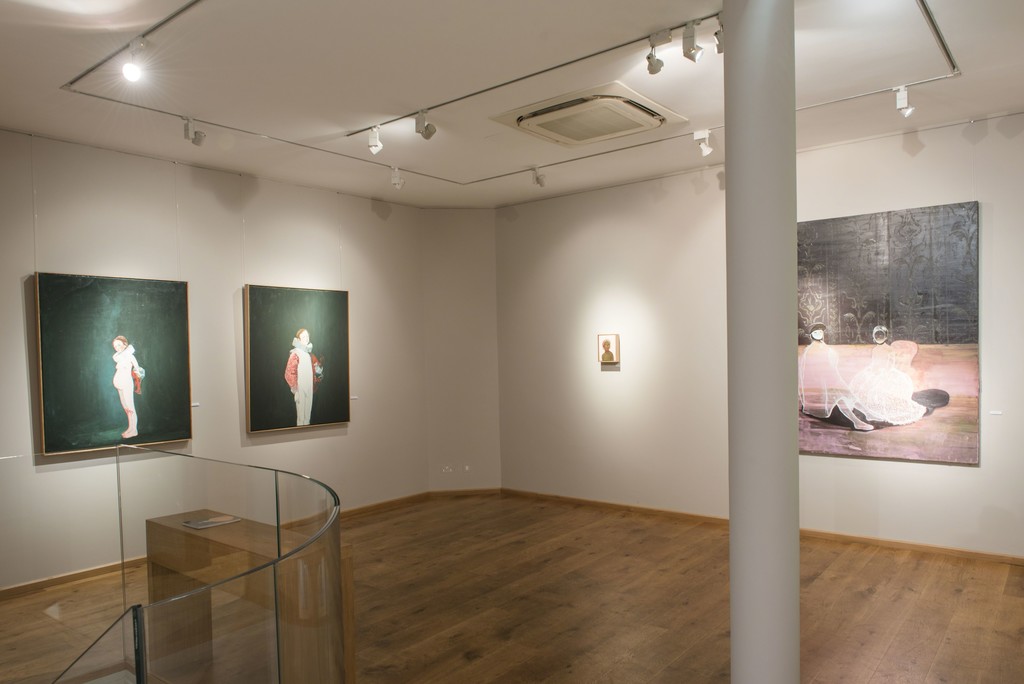 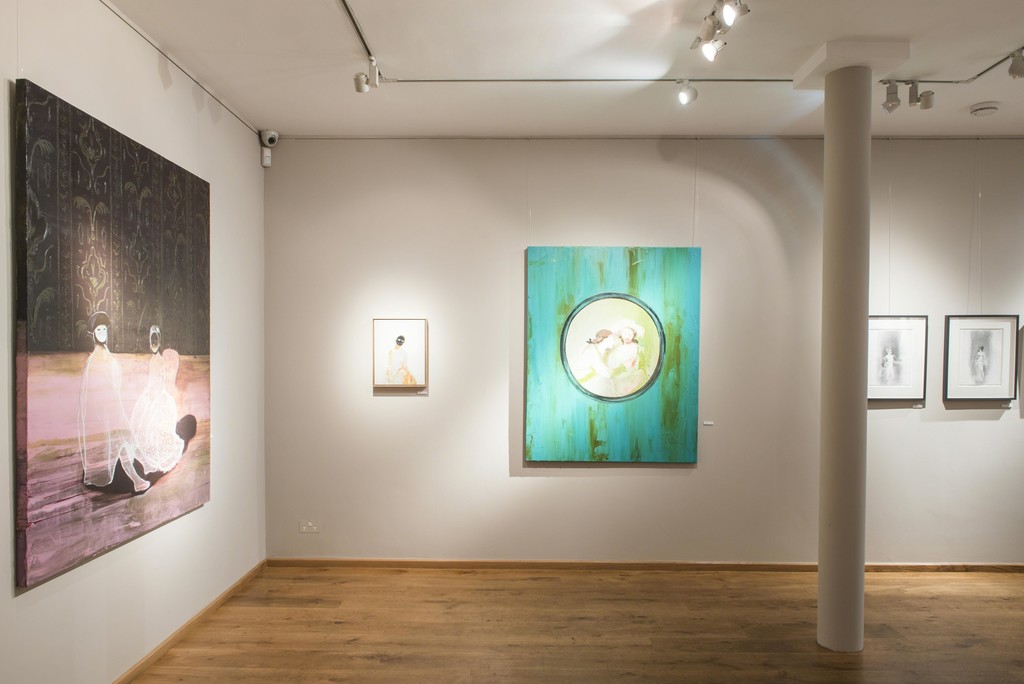 Interweaving motifs and ideas from historical paintings with contemporary concerns, Lisa Wright's work moves between and through different times.

Often isolated, the figures within Wright's paintings and drawings hover on the brink of adulthood. Their childish faces, flushed cheeks and rounded bellies are at odds with the fragments of formal, adult, decorative clothing - ribbons, ruffs and petticoats - that adorn their predominantly unclothed bodies. The complex, in-between era of puberty is explored through the emotional and physical vulnerability of the figures, and adolescent elegance, confidence, awkwardness and defiance are exposed.

Puberty heightens everything. Emotions are intensified, the insignificant is magnified and the importance of the presentation of the self, of body image, predominates. One can identify details within Wright's paintings that are curiously heightened and often sensual: the bright red rim of an ear; a single translucent bow fixed to a naked chest; the uncomfortable shyness of the placing of a young girl's clasped hands.

Many of the figures wear simple black or white masks, reminiscent of Venetian carnival masks. These were held in place by the mouth, preventing eating, kissing and speaking, rendering the wearer somewhat passive and mute. Formally these devices 'interrupt' the figures and add to the paintings' startling and unsettling focal points, emphasising the search for identity and construction of the self that is so critical during puberty. Likewise, the title of the exhibition, ‘The Unversed’, alludes to the figures lacking the language, skills and experience to express themselves or to describe their experiences adequately. Instead, emotions and ideas are untold: lives remaining in a state of anticipation and a state of potential.

Wright's paintings are developed from a variety of sources. Drawings are made from life and (if necessary) from reproductions of historical paintings such as those by the eighteenth-century painters Pietro Longhi and Jean-Antoine Watteau and, most importantly from repeated drawing expeditions to study works in place at historical collections held by institutions like the National Gallery and the Wallace Collection.

Following these initial studies, ideas are then worked through in rigorous and intuitive drawing sessions, using different materials on different scales, both on paper and canvas. Her remarkable drawing skills and deft handling of paint are apparent in the use of thick, rich, buttery strokes, descriptive drips of paint, looser brushwork and extremely delicate, fine detailing. The effect is emphasised by Wright's careful balancing of both figurative and abstracted elements, while her remarkably vivid and saturated palette locates the subjects in the present moment.

The works appear highly staged: a smudge of paint acts as an indeterminate background, the depth of pictorial space is deliberately made mysterious, and a softly glowing luminosity lights the figures in particular ways, as if they were actors or dancers on a minimal stage. Yet each figure is afforded privacy: a space within the canvas which belongs to them alone, perhaps making the viewer feel as if they are intruding into a very private world, despite the 'staging'.

This important new body of work shows an artist at the height of her creative powers, pulling at the threads of a creative tapestry which resonates with both the ancient and the profoundly contemporary.

After studying at The Royal Academy Schools, London, 1990-1993, Wright relocated to Cornwall, where she currently lives and works. Wright has exhibited in numerous solo and group exhibitions, such as at Tate St Ives in the significant 'Art Now Cornwall' exhibition. Her work is held in many corporate and private collections and she was artist in residence with the Royal Shakespeare Company throughout the two year period of their ' Histories' cycle, culminating in an exhibition at the Roundhouse, London. Wright's work has been selected for the Royal Academy's Summer Exhibition for the last twenty two years. Awards include the National Open Art Prize, the Hunting Art Prize and, most notably, the Threadneedle Prize in 2013.