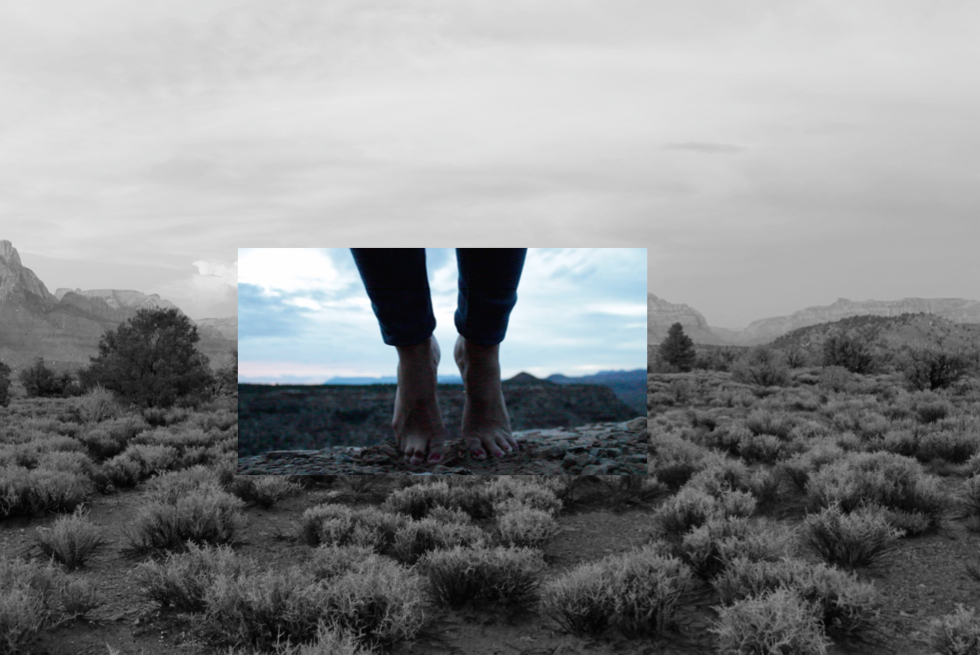 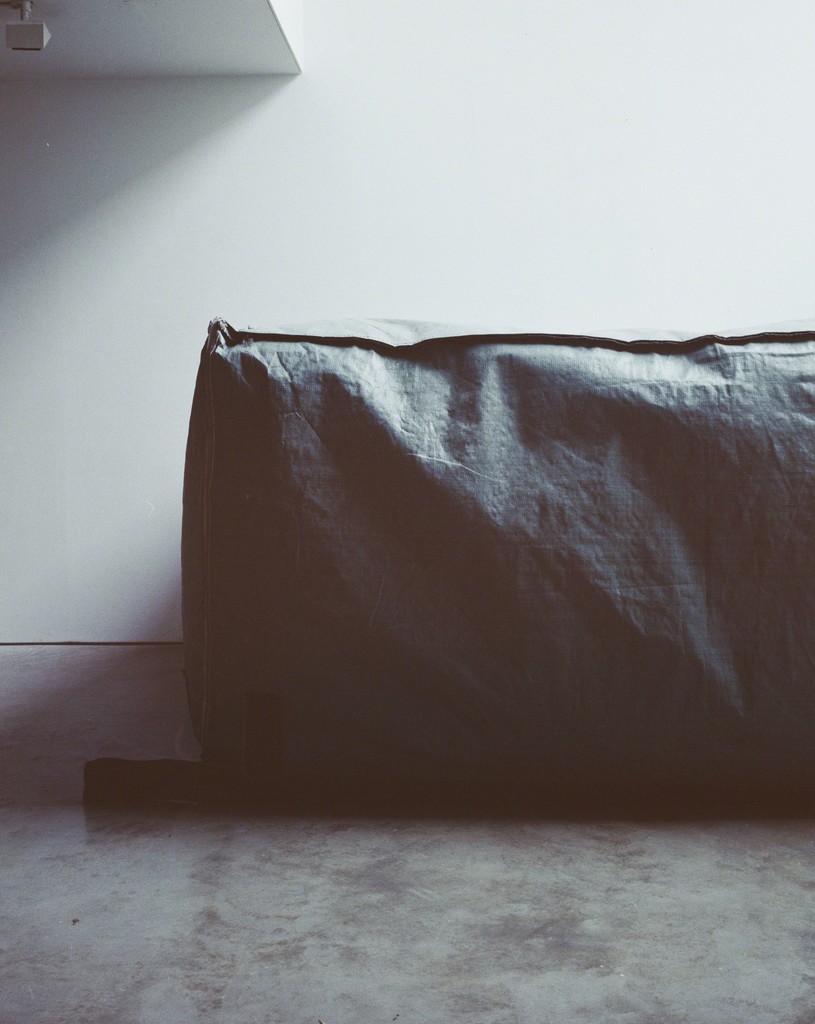 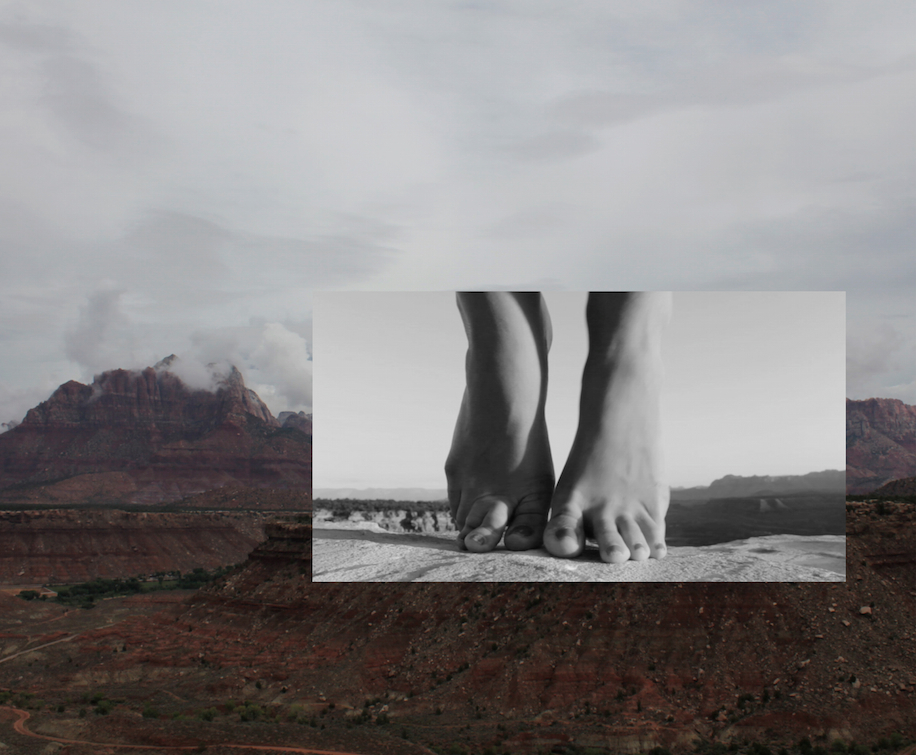 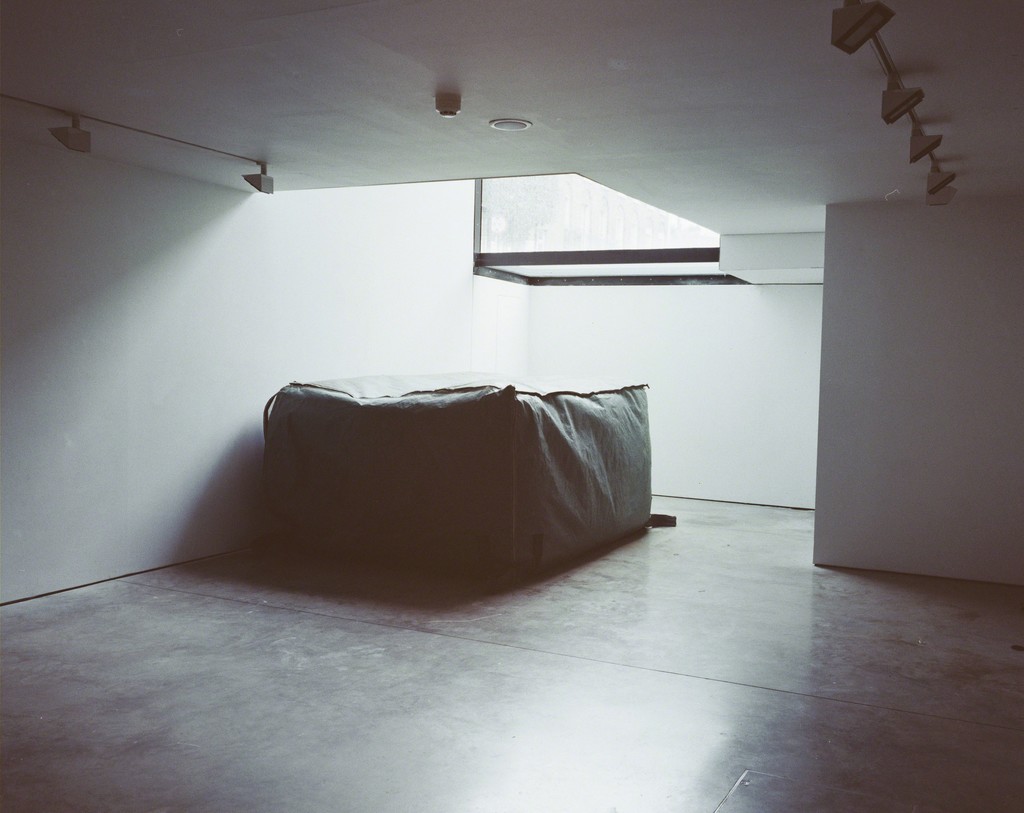 The Cob Gallery is proud to present a duo show by artists Adeline de Monseignat and Marie Kaus.
From photography to performance, Points of Contact presents new work exploring the personal, archaeological and philosophical concept of the horizon. Inspired by the sight of the American Southwest’s horizon during a residency through Utah, Arizona, New Mexico and Texas, Kaus and de Monseignat engaged in a conversation focusing on a common ground: the Earth’s horizon.

Amongst other works, de Monseignat will show her piece The Skin of the Earth (2014) – a series of 12 mirrored-photographs of horizons taken at the Great Salt Lake, Utah. Each title of the 12 works is one word of the whole sentence: The Human Is to Nature what the Child is to her Mother. The work is meant to feel like a homecoming; a reflection on the human being’s state of mind while returning to the natural world. Psychoanalyst Dr. Winnicott believed in the need for newborns to have access to transitional objects in order to distinguish the boundaries between their mother’s body and their own. As a child to Nature, the artist felt like her camera was acting like a transitional object in and of itself, enabling an attempt at a better understanding of her surroundings and, therefore, better contact to nature.

Exploring and pursuing the notion of the origin, de Monseignat also experiments with challenging sculpting techniques like stone carving – repurposing raw and basic materials found in nature, all the while pushing the limits of her practice and of her own physicality. With a particular interest in the quarry as a place of birth and death, de Monseignat presents a series of monotypes as potential sketches for future sculptures. Her first ever marble sculpture In the Flesh (2015) is the physical representation of an experience; as if the sight of the horizon had left a physical mark within her very self, which she later transcribed within the stone – within Nature itself.

Alongside de Monseignat, Marie Kaus presents one of her Headstand studies: 13th August 05:08 GMT/12:08 MDT (2014). The installation merges two types of images, moving image and photography. 13th August 05:08 GMT/12:08 MDT was made while camping on the top of the Smithsonian Butte in Zion National Park (Utah). Experiencing a growing frustration with the manner in which she was melding with the site, Kaus felt she was sitting on the horizon she was gazing at. 13th August 05:08 GMT/12:08 MDT depicts the moments at which the artist acted on this thought. Loosing the forbearing position of being behind the camera, the artist left the device to a standstill to perform a headstand. As Kaus’ body pushes against the pull of the earth, stability is redeemed within the scenery.

Kaus’ investigation of the concept of horizon challenges the static viewpoint to engage with vision physically. Heights, depths and distances are her mediums of study; the desire to alleviate linearity and flatness the drive. With gestures, Kaus impels to feel the sight, weighing lived experiences against the passive nature of contemplation. The aim to reach what seems out of reach, to feel what the eyes cannot see, hints at a thirst for self-accomplishment. In this sense, the world’s horizon is also the horizon of being. Kaus’ compulsive urge to unravel the dimensions of space reveals a practice that lives as a figure of intentionality. Extending this line of enquiry, Kaus exhibits 23rd August, Fall Piece (2015), a site-specific work exposing the artist’s success and failure while engaging with the gallery space.

Adeline de Monseignat (b.1987) is a Dutch-Monegasque artist who lives and works in London. Her sculptural, installation-based and paper work comes from her interest in the Uncanny, the contact and the origin. The artist holds a BA in Language and Culture from UCL (2009), and an MA in Fine Art from City & Guilds of London Art School (2011). Her interest lies in making the familiar strange and retaining tensions between the threatening and the safe, the animate and inanimate, while remaining on the threshold between the known and the strange. Adeline de Monseignat’s work often offers an unusual kind of physical and sensorial interaction. Her pieces often embark on a life of their own and tell stories within stories, which enhances their sense of life and presence.

Marie Kaus (b.1988) is a French artist living and working in London. Marie studied at Slade School of Fine Art and Chelsea College of Art & Design. Her work has been exhibited internationally at Leila Heller (New York, USA), Prizma space (Istanbul/ Turkey) and in London at the White Building (2013), Architecture Foundation (2013) and Crypt Gallery (2012). In 2012, Kaus was appointed artist in residence at UCL department of Astrophysics (2012-2013). She was then commissioned a work for the Dark Energy Survey that remains on show at the UCL Observatory (London). In 2014, Marie won the SouthKiosk award and joined two residencies program: DownStairs (UK) and the Land Art Road Trip (USA) organised by Gerson Zevi.