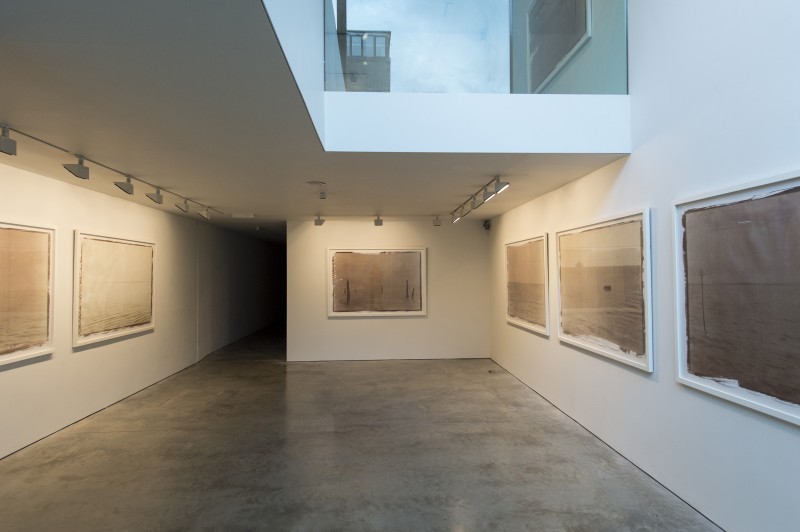 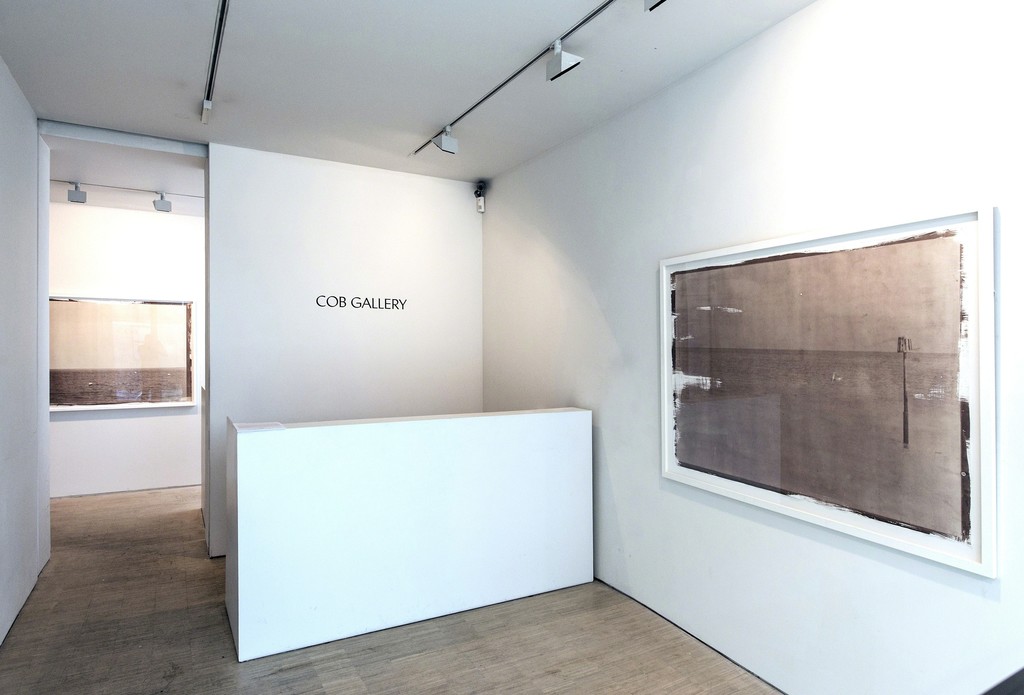 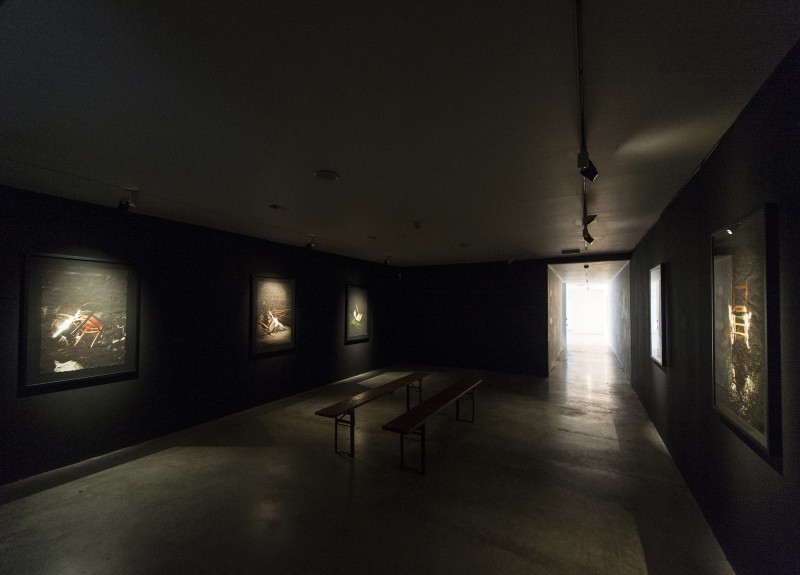 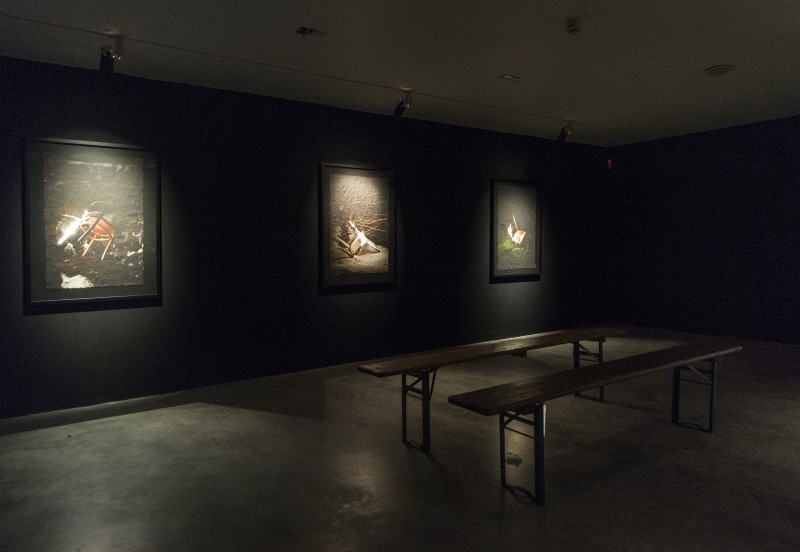 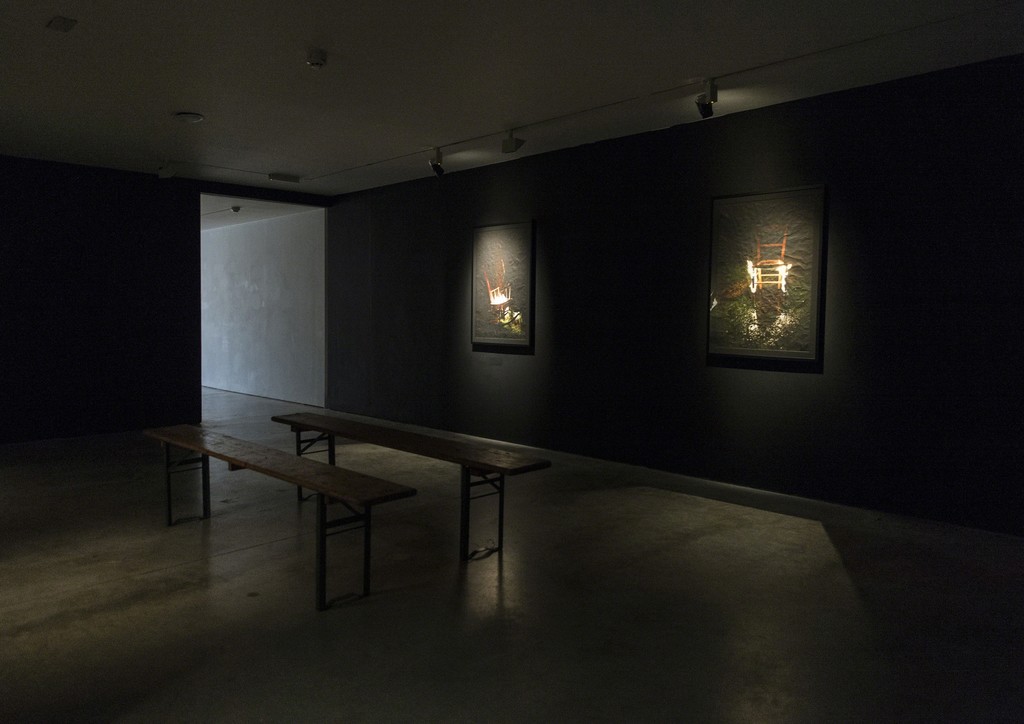 In Walter Hugo & Zoniel’s work, the techniques and processes of early photography are transformed into a crucible of creativity. Archaic methods like Ambrotypes, Tintypes, Salt Prints and Pigment Prints are re- discovered and re-applied to startlingly contemporary ends, invoking a pioneering solution of the mechani- cal and the magical. And it’s within their concept of the “implicit” that these practices gain their fullest expression. Life With and Nature of Interdependence—the two series on display during Frieze week—both operate within this mode, where the finished works are far more than just images of their subject matter: they are their subject matter. In the case of Life With, discarded wooden chairs were collected and carried, by the artistic duo, to darkest woods in the world. Once there, the chairs were set ablaze and photographed as they burnt, surrounded by the living trees from which they might have originally been hewn. With a total absence of light pollution to interfere with things, the captured images became an utterly pure trace of the conflagration. The only light creating the image was emitted from the energy released by the chair burning. Afterwards, they were developed on paper which they hand made, phoenix-like, from the chairs’ charred remains. The limited number of prints was determined by its own life-cycle of destruction and re-use, while the fact that these disregarded, “listless” objects were originally determined by the contours of the human form adds a final, curiously moving texture to the work. The full series is displayed here for the first time. In Nature of Interdependence, a series of delicate seascapes were captured on film at particular coastal points around Britain. After wading in and collecting gallons of water, the images were then developed by a Salt Print process, using both the salt and freshly distilled water from the sea-water collected at the precise locations depicted. In the finished works, motifs of the momentary and the cyclical, the recurrent and the singular, merge in an atmosphere of arresting fragility; with the subject matter having become part of its own representation, we discover ourselves to be looking at it in an uncan- nily doubled sense. Each of their artworks becomes a circular nexus of intertwining histories, not only a residual trace of its subject, but the living document of an entire life-cycle. In such original and suggestive creations, closing one loop means opening many more.

Walter Hugo & Zoniel have exhibited nationally and internationally including shows in Tel Aviv and New York. They have had work displayed in museums including Tate Britain, and have most recently been nominated for the 2014 Paul Huf prize in Amsterdam. - See more at: http://www.cobgallery.com/?exhibition=orbits-of-existence#sthash.aA9q7cET.dpuf