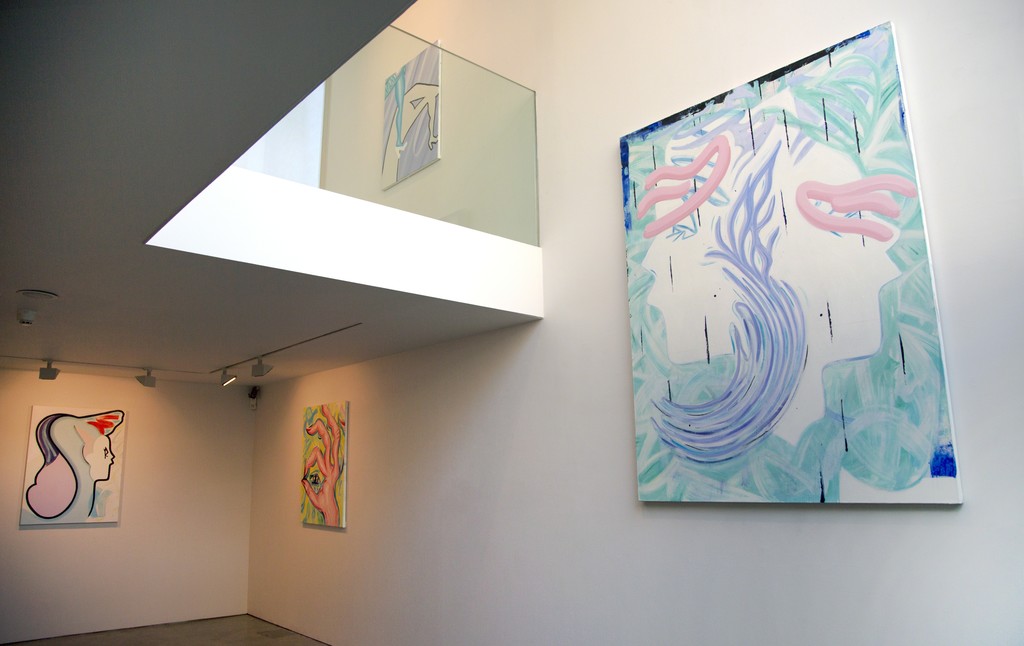 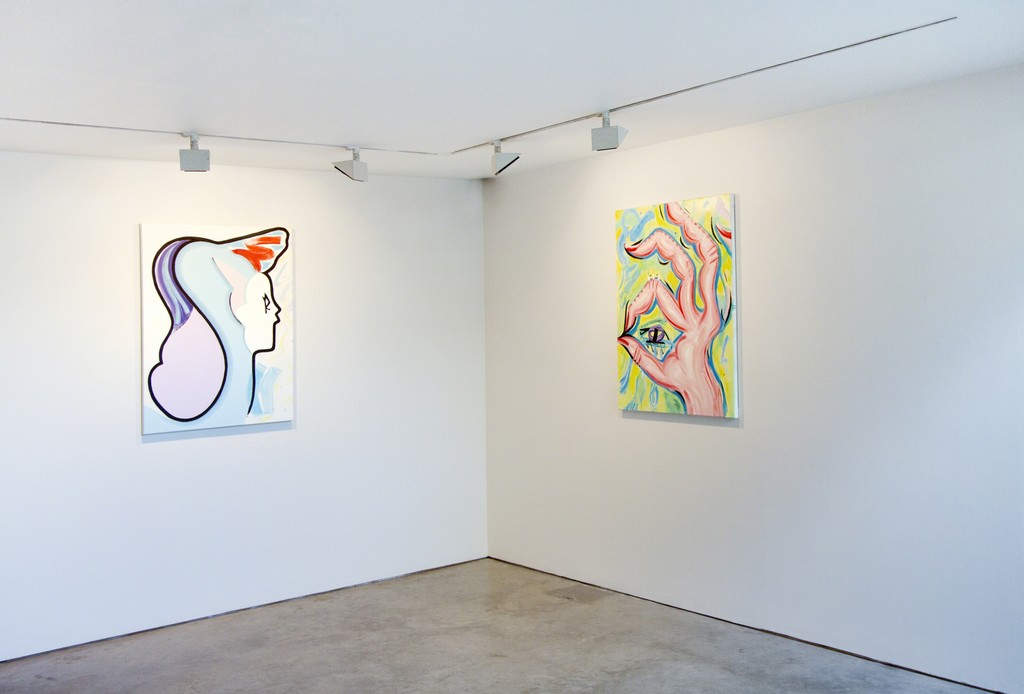 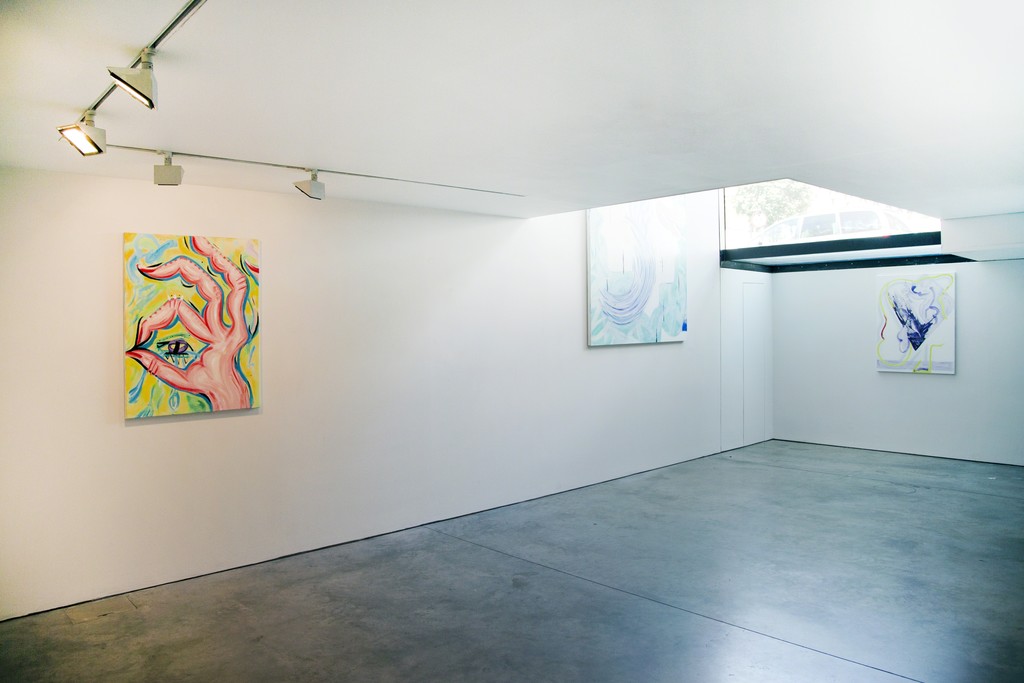 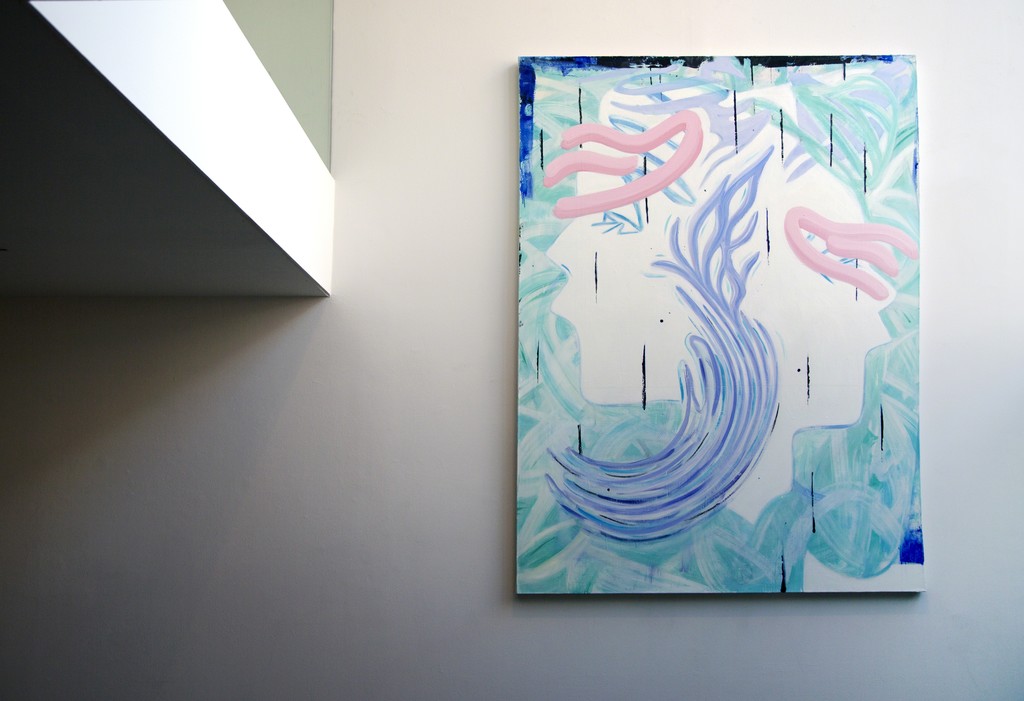 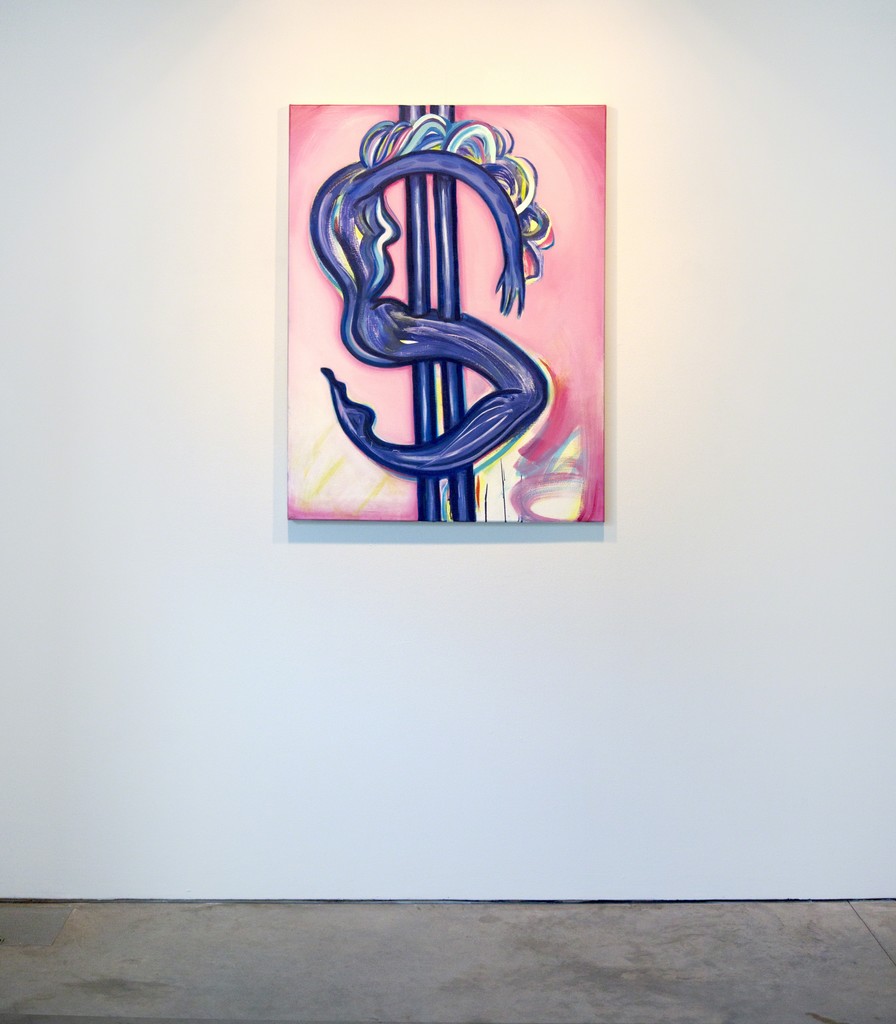 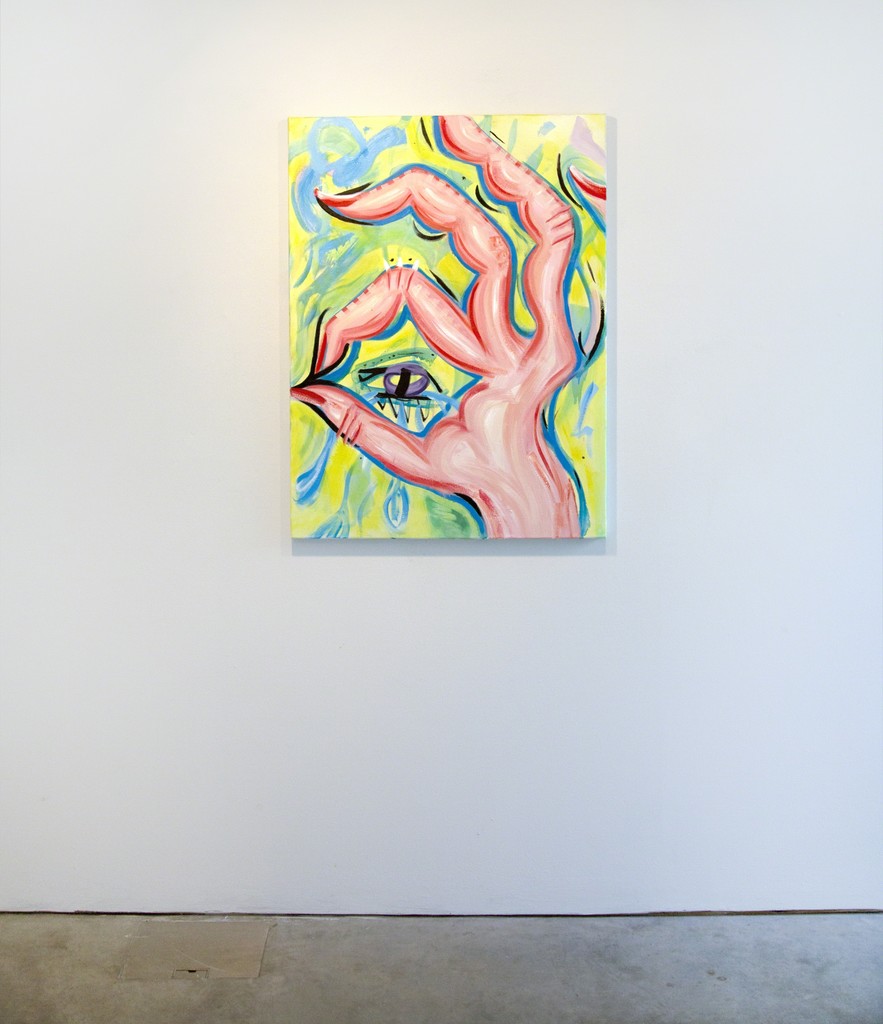 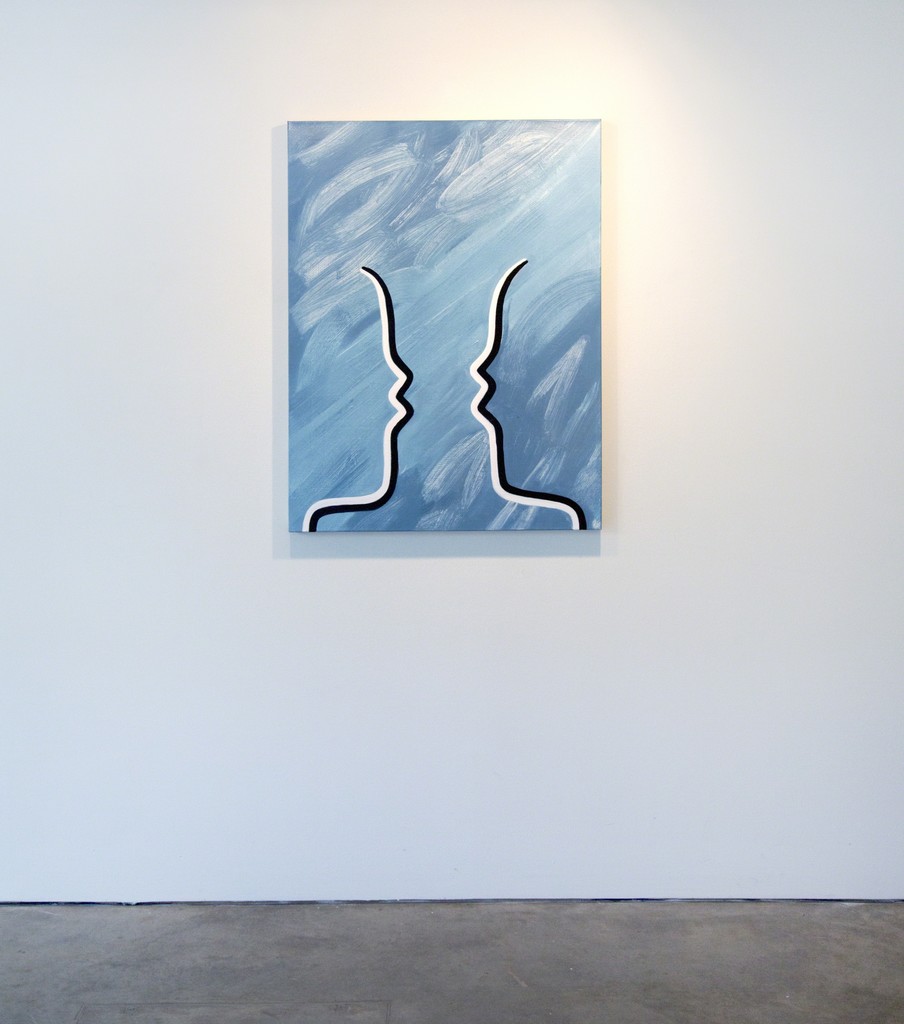 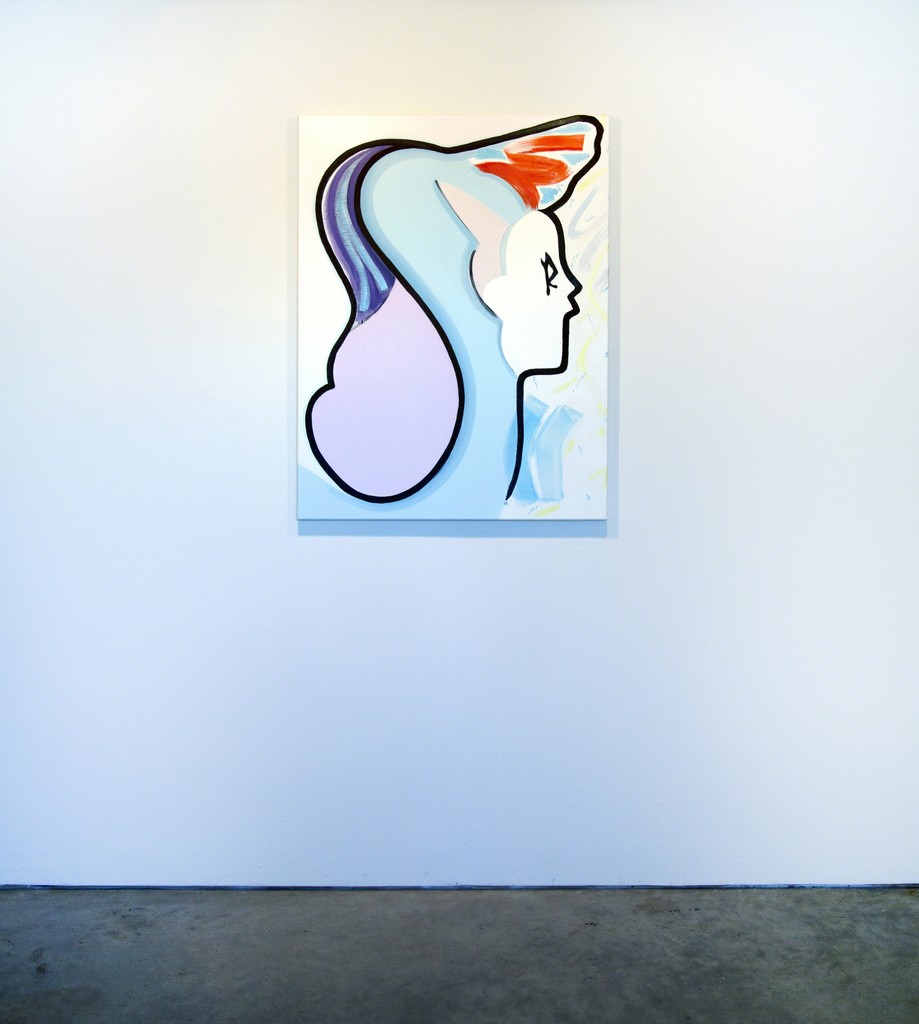 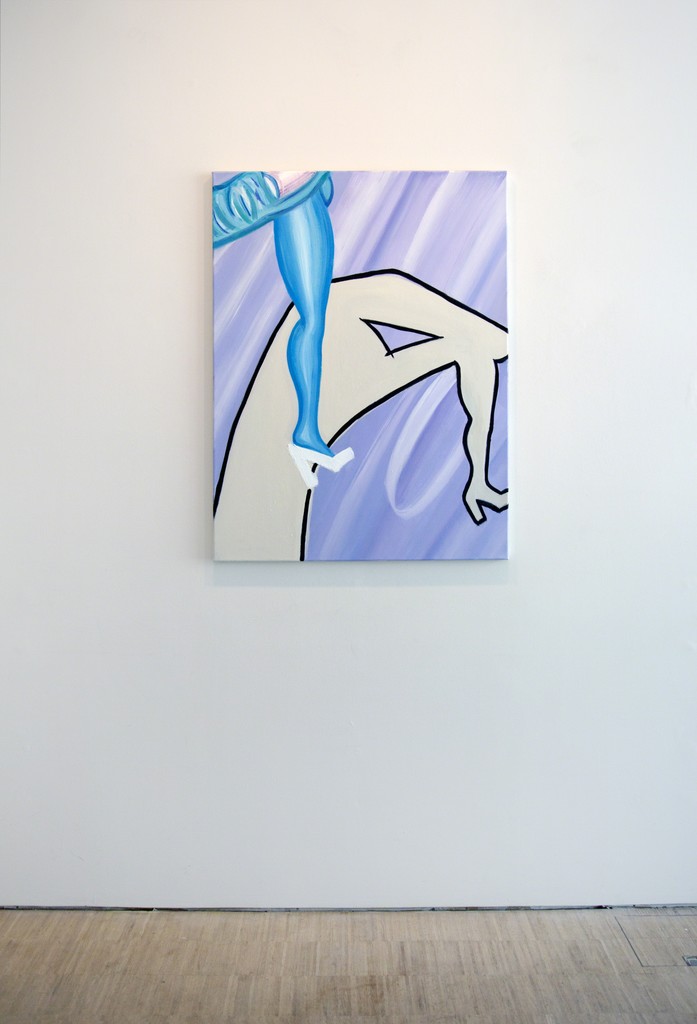 ‘It is the will of the machine to connect to others’

The Cob Gallery is proud to announce the debut solo exhibition of recent Royal Academy graduate Hannah Bays, with a body of new paintings.

Contemplating ‘desire’ as the crux of the creative process, Bays is interested in human drives and the construction of meaning in our lives.

As the root of all action ‘Desire’ is positive force yet something also open to manipulation, inextricable as it is from forms of social production and the dominant ideology.

In these recent paintings, expressive gesture counterpoints a more graphic ‘world of signs’, and it is the meeting point of these terrains that is of interest to the artist. This is underpinned by the artist’s palette, reminiscent of the pastel hues of 1950s consumer lust, where colour is applied to seduce and manipulate the spectator.
Alongside this, Bays’ images are re-collective of American figurative “Bad” painting of the 1970’s, the term coined by critic and curator Marcia Tucker that referred to a group exhibition at the New Museum of Contemporary Art, New York. This exhibition allowed for an open application of pop cultural idioms alongside more art-historical references. Similar to these works, there is a psychosexual underpinning in much of Bays’ imagery, the subject of female desire being an under-represented discussion even in modern western society.

Bays has work in the Jerwood, Hiscox and Soho House collections, was awarded a Jerwood Purchase prize in 2014 and the Agnes Ethel Mackay travel award in 2015.