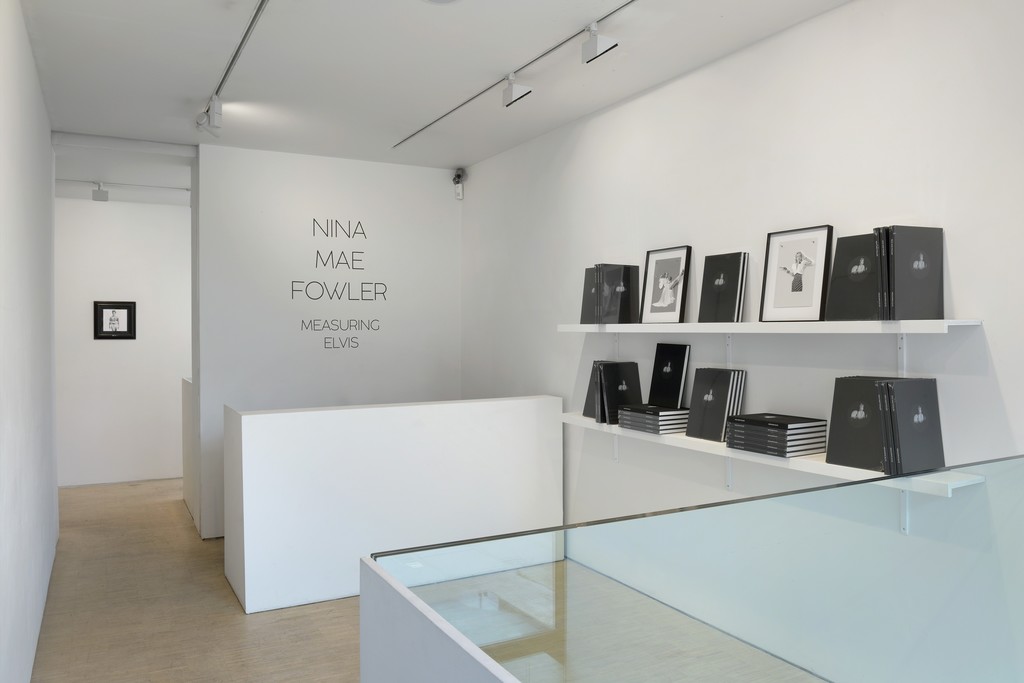 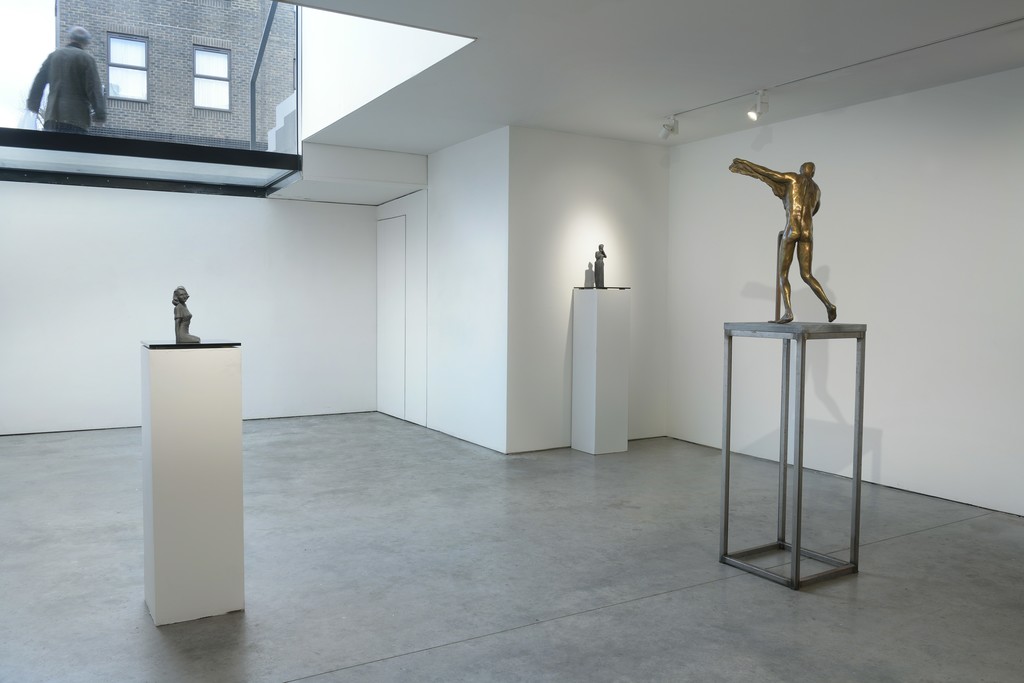 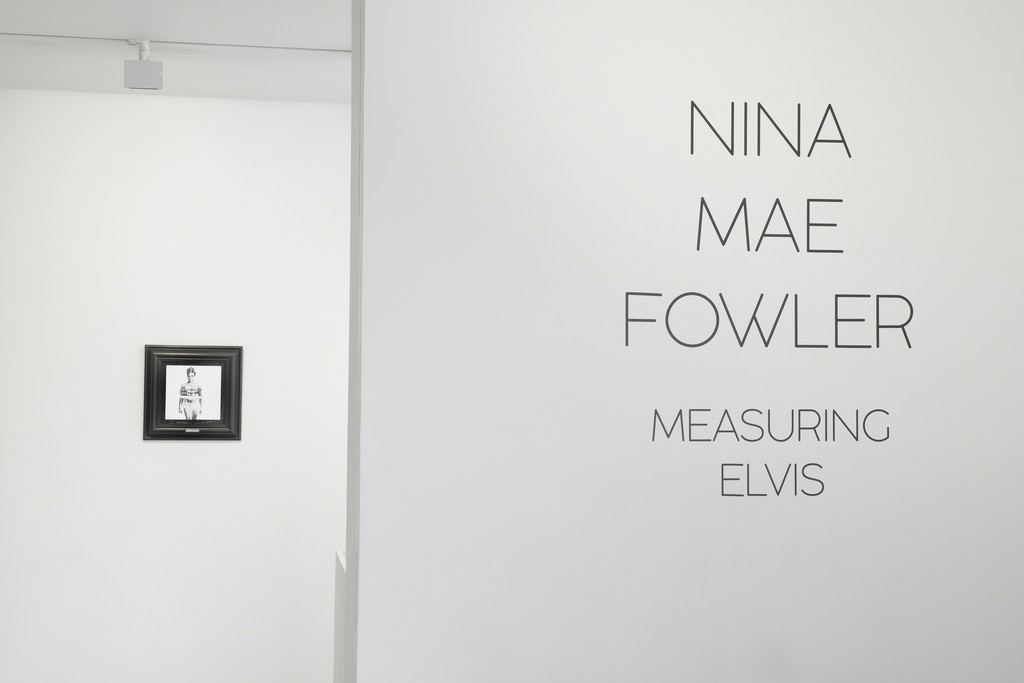 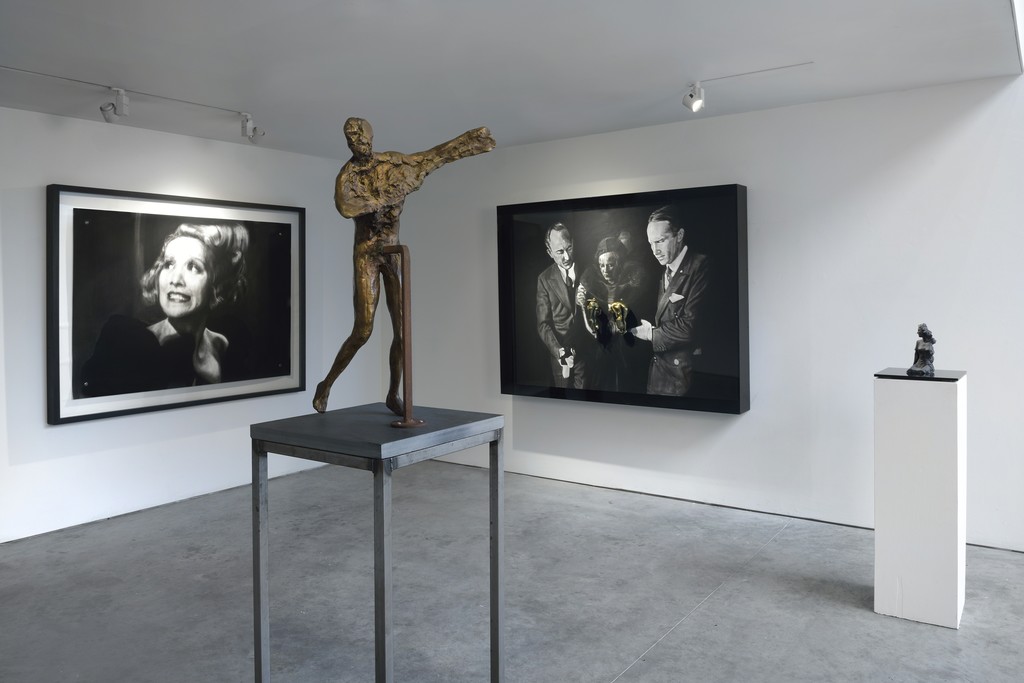 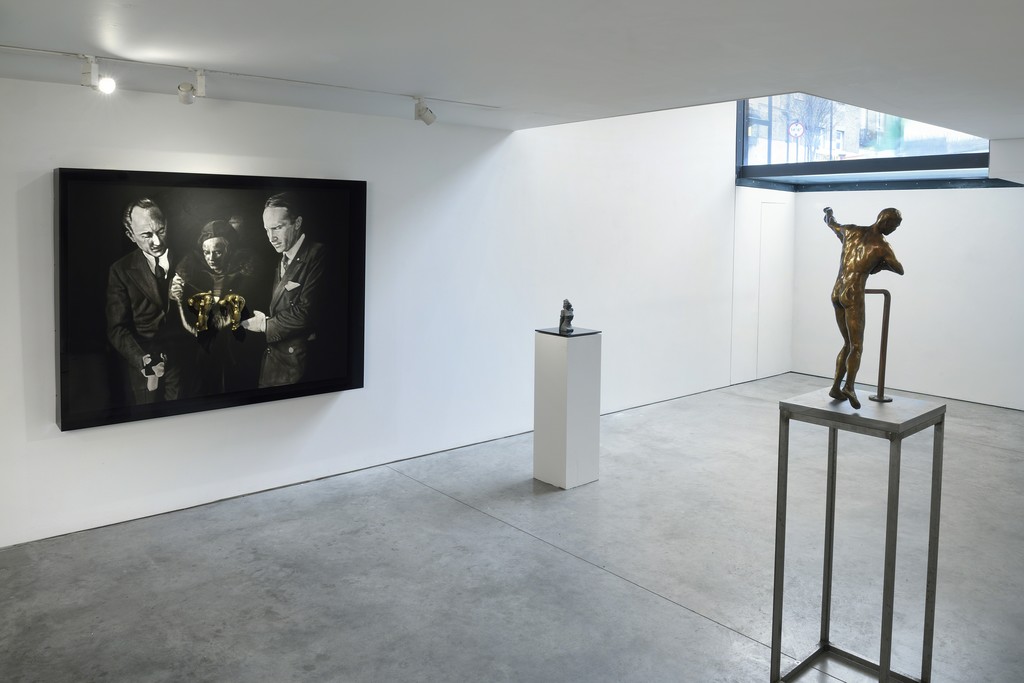 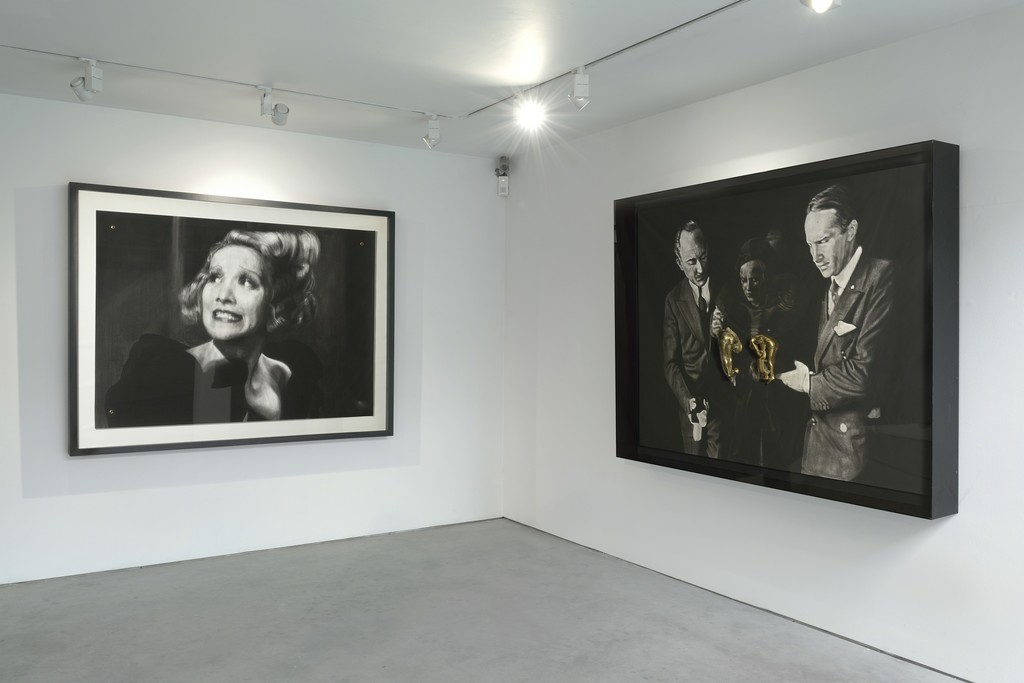 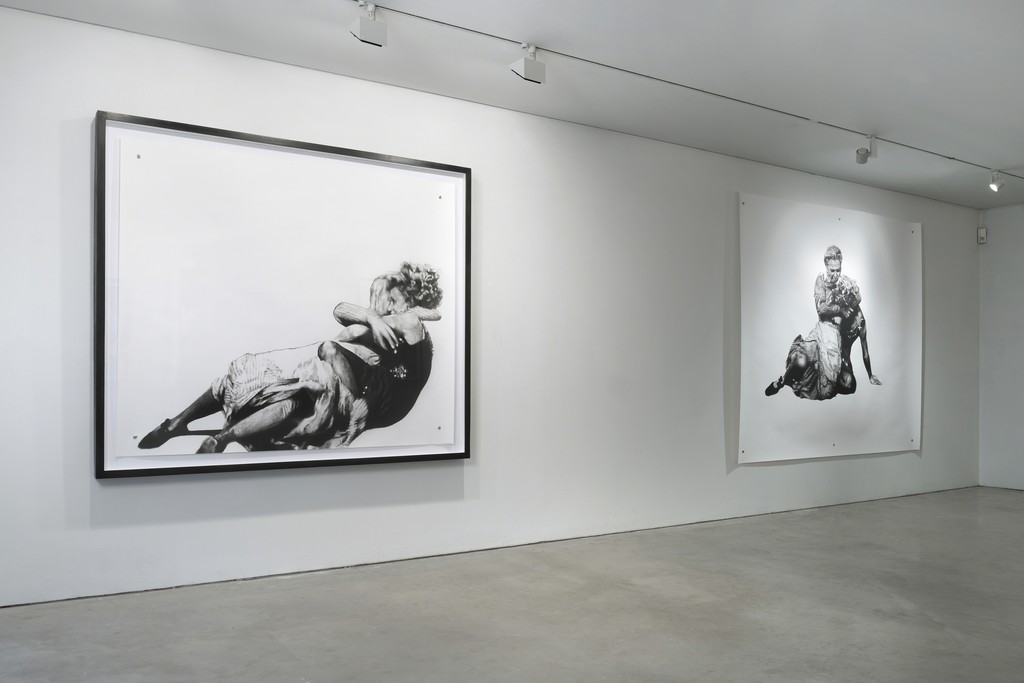 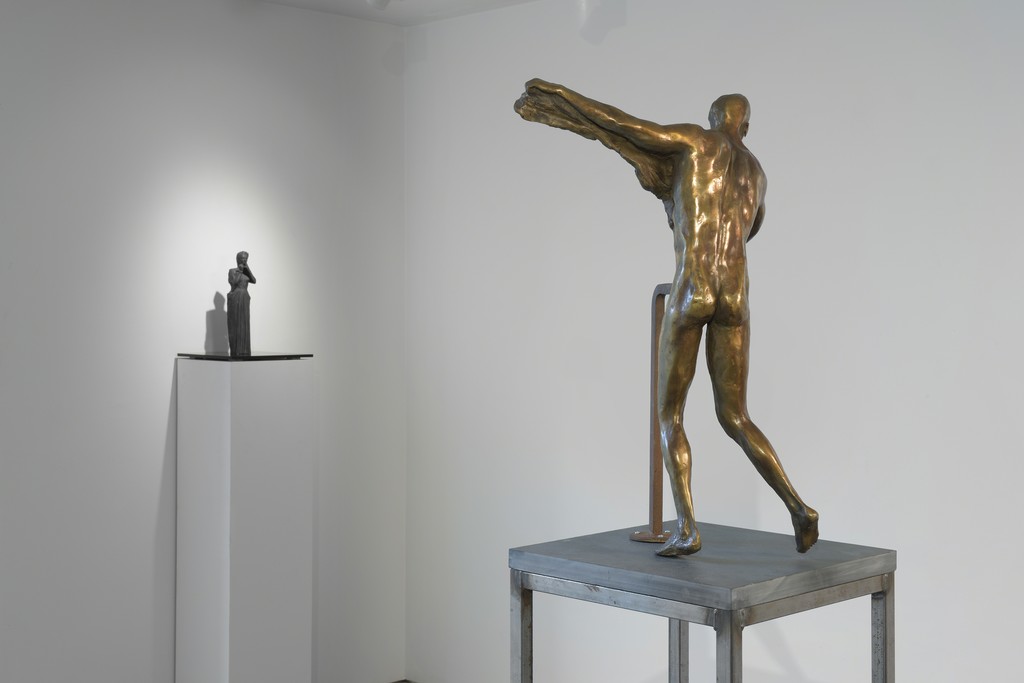 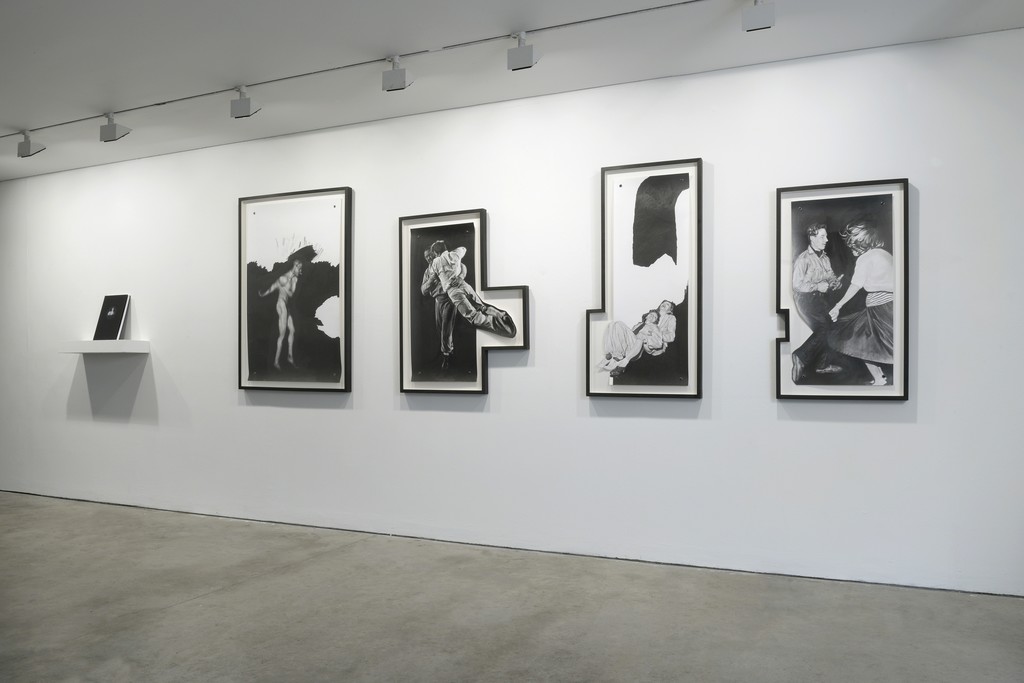 Notably, Measuring Elvis includes a range of in-depth essays and texts about Fowler’s artwork from leading academics and cultural luminaries. Offering various perspectizves relating to the themes at play within the artists work, the contributors include; film director John Maybury, performance artist Eloise Fornieles, acclaimed playwright Polly Stenham, esteemed counterculture historian Barry Miles and actress Sienna Miller. Also featured in Measuring Elvis is an essay by Dr Magherita Spiro (Senior Lecturer in Film History and theory at University of Westminster) that discusses Fowlers fascination with the Pre- code era of cinema and its cultural relevance to a contemporary audience.

Fowler is known for her large-scale enigmatic pencil and graphite drawings and accompanying sculptural works. Her subject matter often centres around icons of cinema and popular culture, presenting a dark and contradictory side to their otherwise idealized lives. Measuring Elvis exposes the intensive research methods used by the artist as well as presenting an overview of Fowler’s artistic practices, which include her trademark cutout drawings and a section on her ambitious installations.

“The inanimate figures are so close to the people they depict, now old or long dead, that they use our association with film to stimulate a familiar suspension of disbelief. These drawings are breathing, laughing and living in one infinite moment…” Eloise Fornieles, excerpt from Measuring Elvis.

Former director of London’s National Portrait Gallery, Sandy Nairne, provides a poignant opening to the publication, stating that Fowler’s works “… have the characteristic, like a fair-ground mirror, of enlarging or distorting matters of life and love that exist for us all.”

The Cob Gallery comments: “Fowlers drawings might well be better understood as sculptures in themselves. Like the American artist Robert Longo’s large-scale drawn works, which betray an early training in sculpture, Fowler too moulds graphite as if it were clay in order to create a tangible, tactile tension.”

Designed in close collaboration with the artist as an extension of her unique aesthetic, Measuring Elvis was made possible by a successful crowd–funding campaign.

The book itself, is 200 pages, with a beautifully simple, cloth–bound, hardback cover – echoing the blackness of an empty auditorium. Inlaid onto the front is a circular image plate, which has been created using a new process of white ink, printed on black paper. Measuring Elvis will retail at £45.00.

The book has been printed by Pureprint Group, one of the United Kingdom’s leading printing companies. Pureprint Group’s other clients include Gagosian, Tate, VandA, Dior and Mulberry.

This first edition of 1000 books will include 50 limited edition copies, each presented in a hand-made, pale-silver slipcase, and accompanied by a ‘Measuring Elvis’ fine art print by the artist. Each of these special editions will be individually signed and numbered by the artist, and include a fine art print of a new work created especially to celebrate the launch of the book.

The official launch of Measuring Elvis is on December 10th at The Cob Gallery, 205 Royal College Street, NW1 0SG The launch will take place amongst a solo exhibition of the few remaining pieces from Fowler’s remarkable drawing series’.

Born in London in 1981, Fowler graduated with a First in Sculpture from Brighton University in 2003. In 2008 she was nominated for the BP Portrait Prize with her painting of Royal Ballet dancer Carlos Acosta. In 2014 Fowler was shortlisted for the Aesthetica Art Prize, The Young Masters and the Drawing Now Award. Her work has also been shortlisted twice for the Jerwood Drawing Prize in 2010 and 2015. In 2013 Fowler took part in her first public exhibition as part of the group show Starke Frauen (Strong Women) at Neuer Kunstverein Aschaffenburg, Germany. Her work is included in international private collections as well as public collections in Europe and the USA.