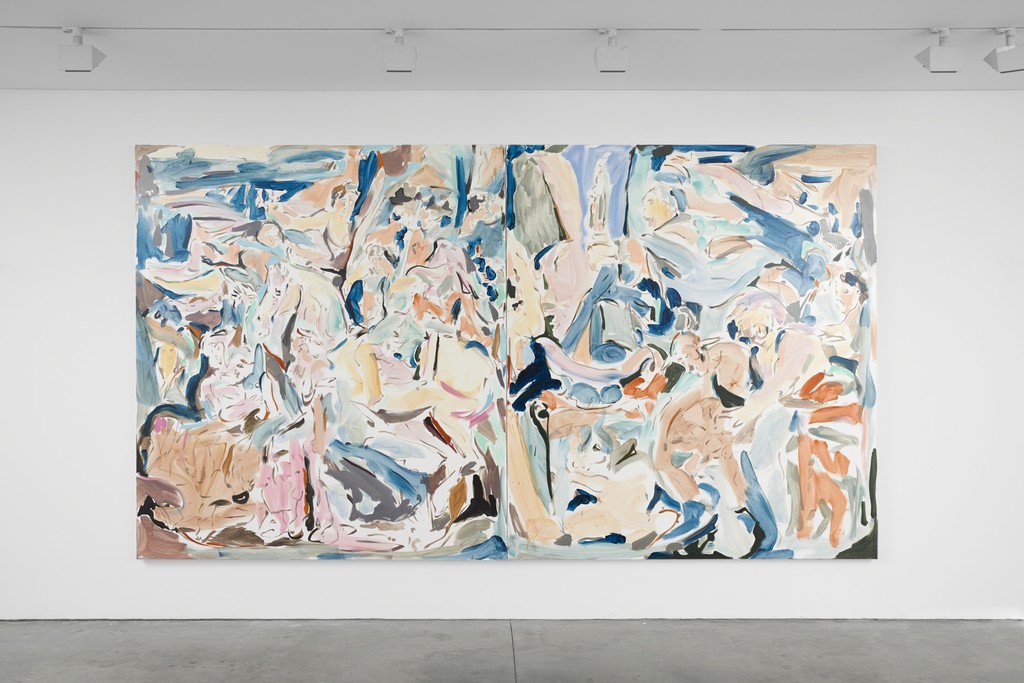 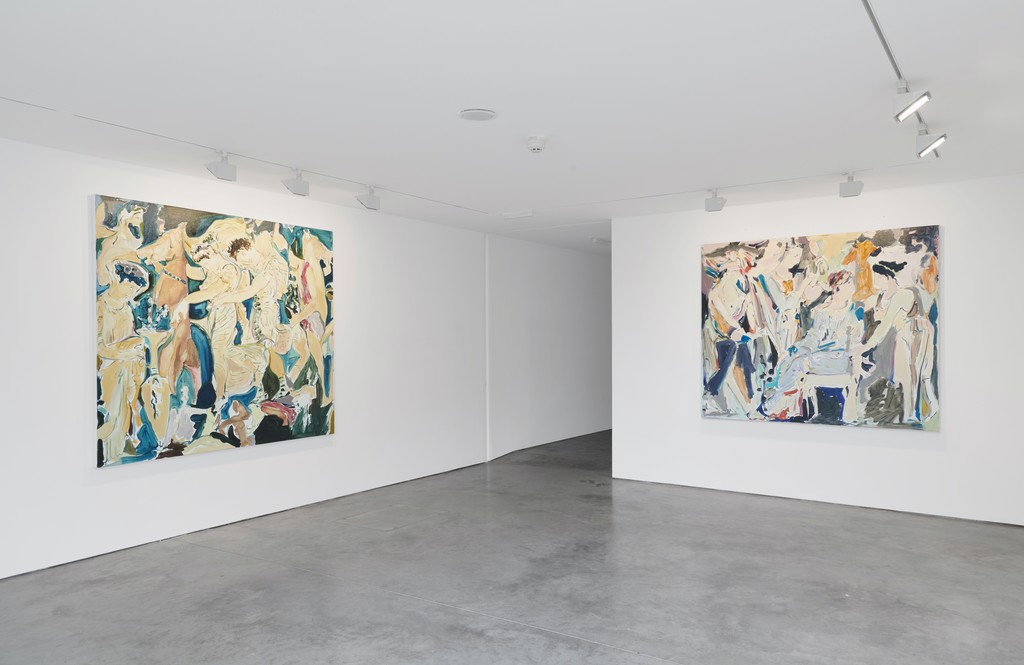 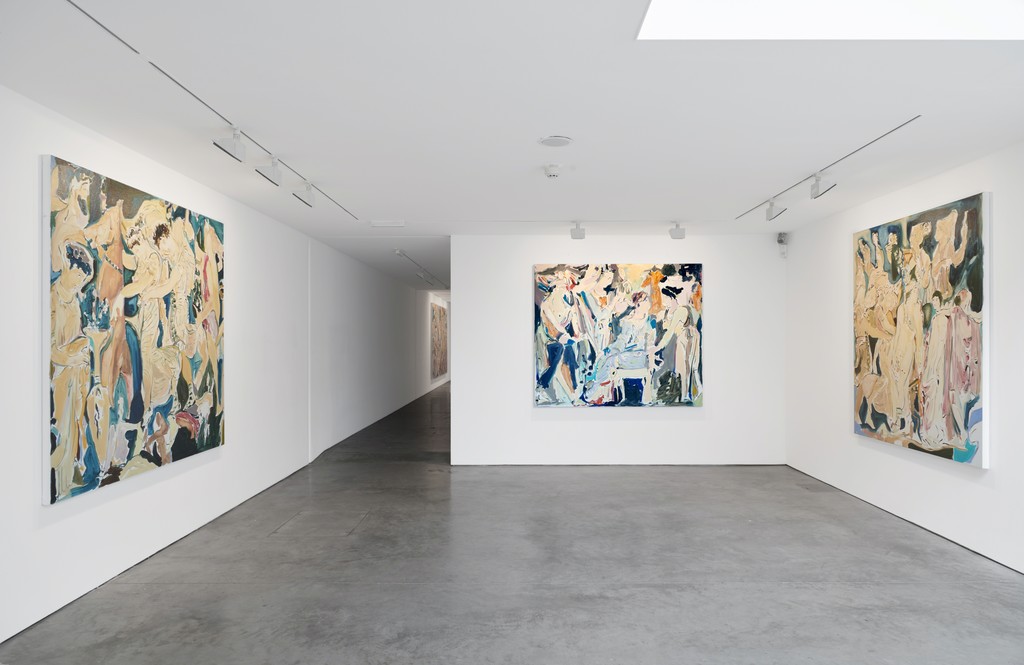 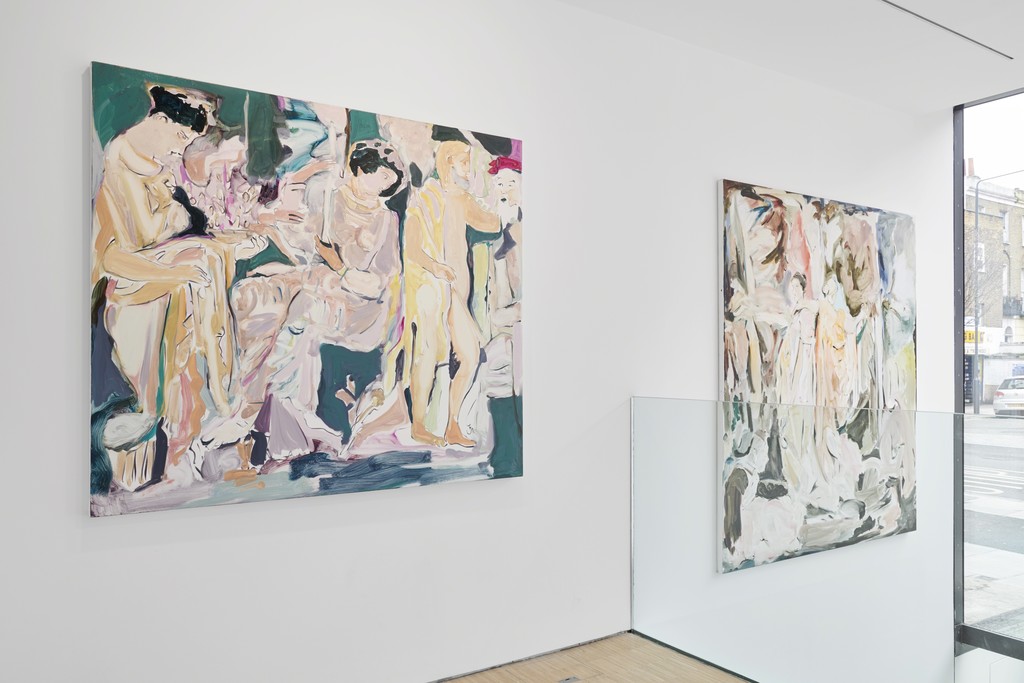 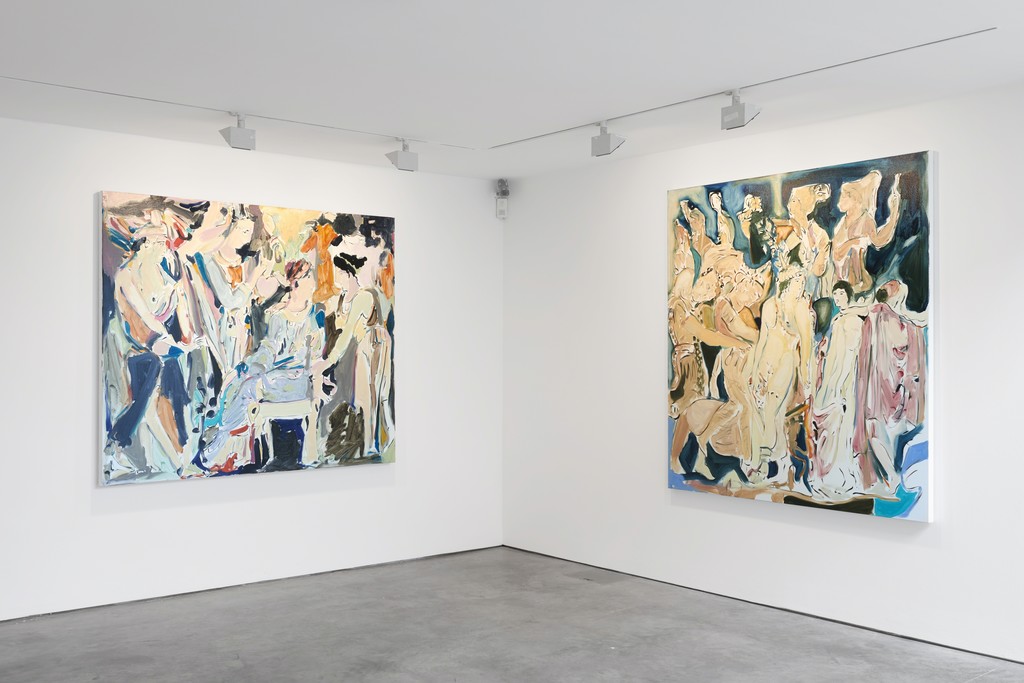 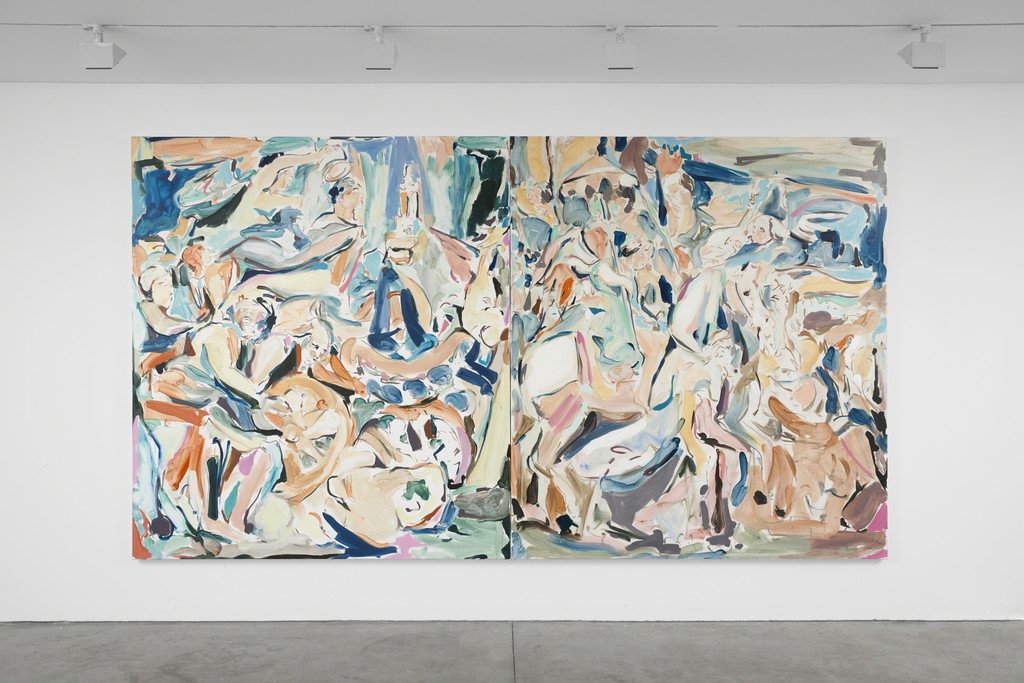 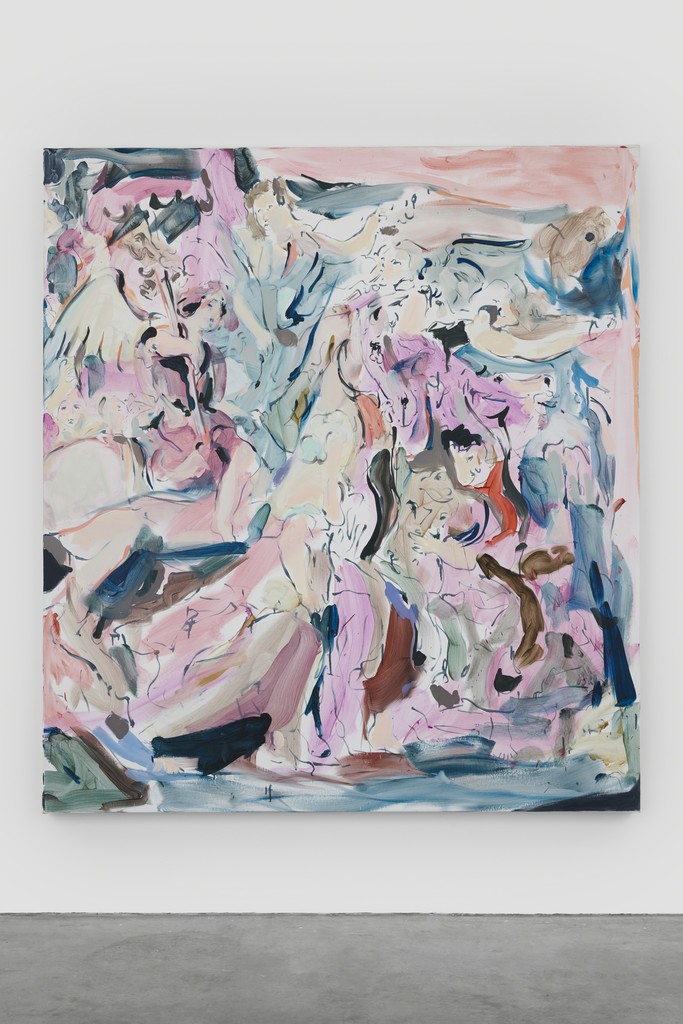 Following acclaimed exhibitions in London, Melbourne and Dallas, painter Tomo Campbell makes his first solo appearance at Cob Gallery in April. The work on show walks a characteristic tightrope between pinpoint precision and cool ambiguity: limpid, vivid compositions of interlocking form and colour toy with the grammar of aesthetic representation just as the show’s title disrupts the grammar of language. It could be flippant, it could be profound. Deceptive or sincere. The choice is as much yours as it is Campbell’s.

There sees Campbell taking a new direction in his painted work, characterised by an increased interest in motion and activity. An eclectic array of source material supplies motifs in form and colour that resonate within and between the various works on show. Anachronistically combining features drawn from antique vases and medieval tapestries, Renaissance and Victorian painting, the artist uses anachronism and asynchronicity to disorient and seduce, provoking a sensation of weightlessness in time.

The effect of the work exhibited in There lends itself to analogy with sound: certain forms and colour patterns loop, echo and reverberate between different works in a way that makes the whole show into one huge composition. Collectively and individually, these paintings have rhythm: Campell’s thin layers of pigment seem to vibrate with energy, resolving into complex chords and time signatures before dissolving back into a kind of pleasurable noise.

The keynote of There is set by the gallery’s back room, where Campbell hangs two large-scale paintings opposite one another. The works are almost mirror images. Almost, but not quite: the effect of near-identity that is produced develops precisely slippage that is so central to the artist’s interest in motion and activity. The eye of the spectator is kept moving between and across the painted surfaces, revelling in the lightness of disembodiment, even as their body itself is arrested into still contemplation.

Opening an exciting chapter in Campbell’s career, There sets disorientation, motion, pleasure and wit into play as forces that compete and converse, becoming the substance of an exhibition that quivers with individuality.