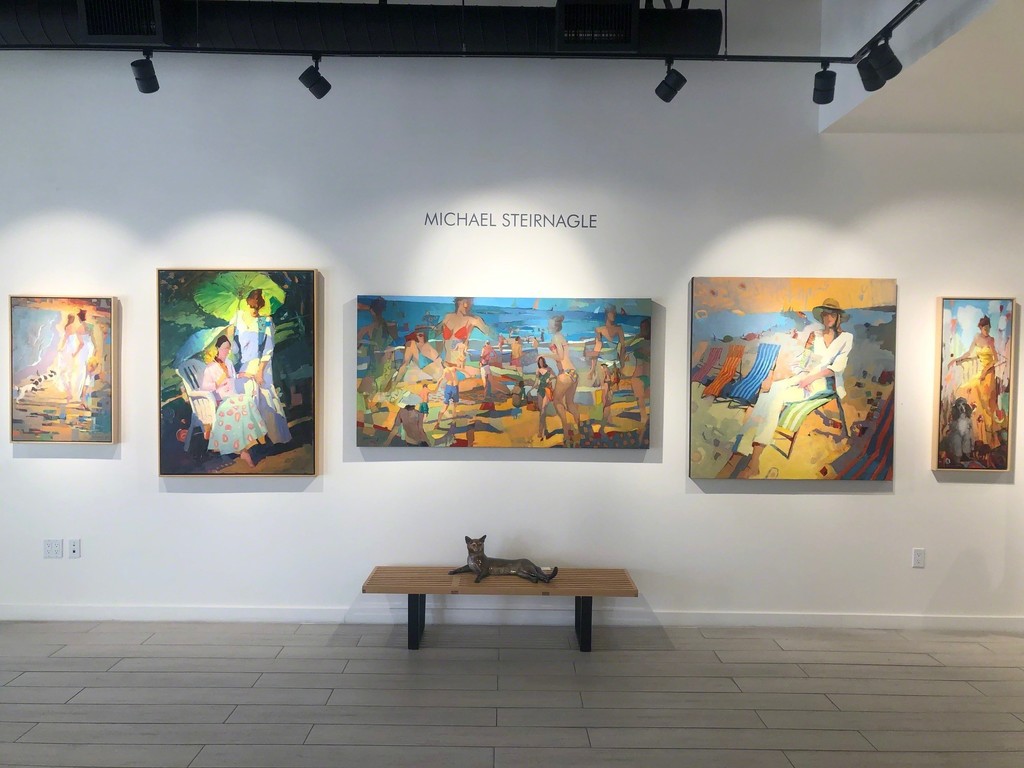 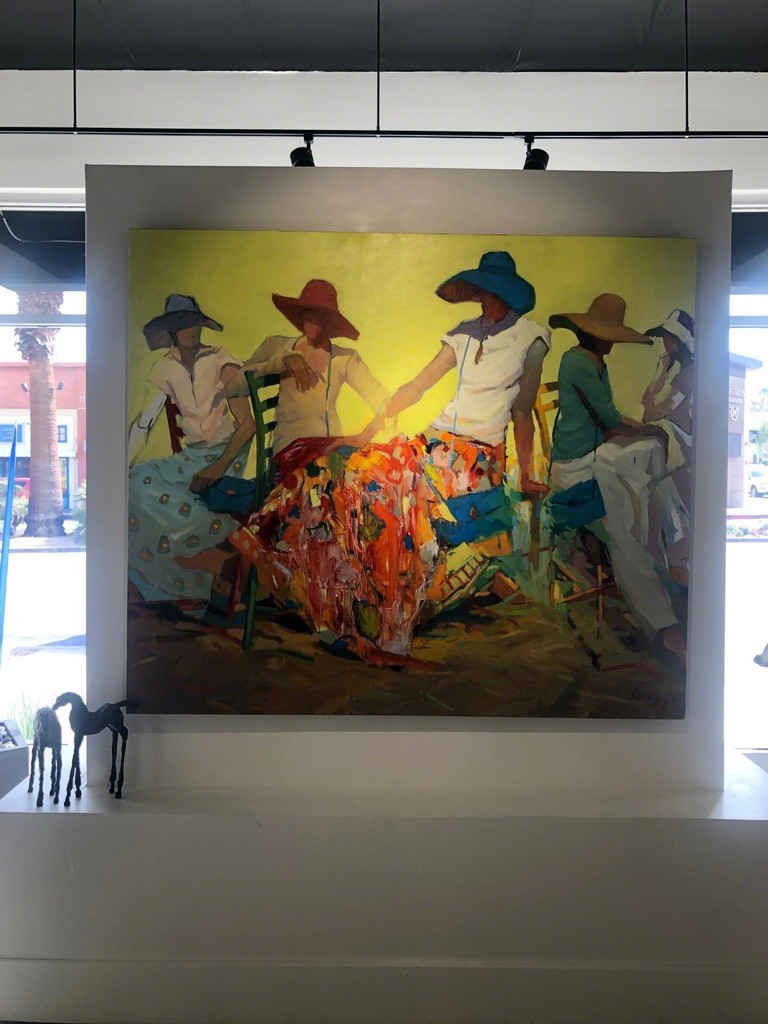 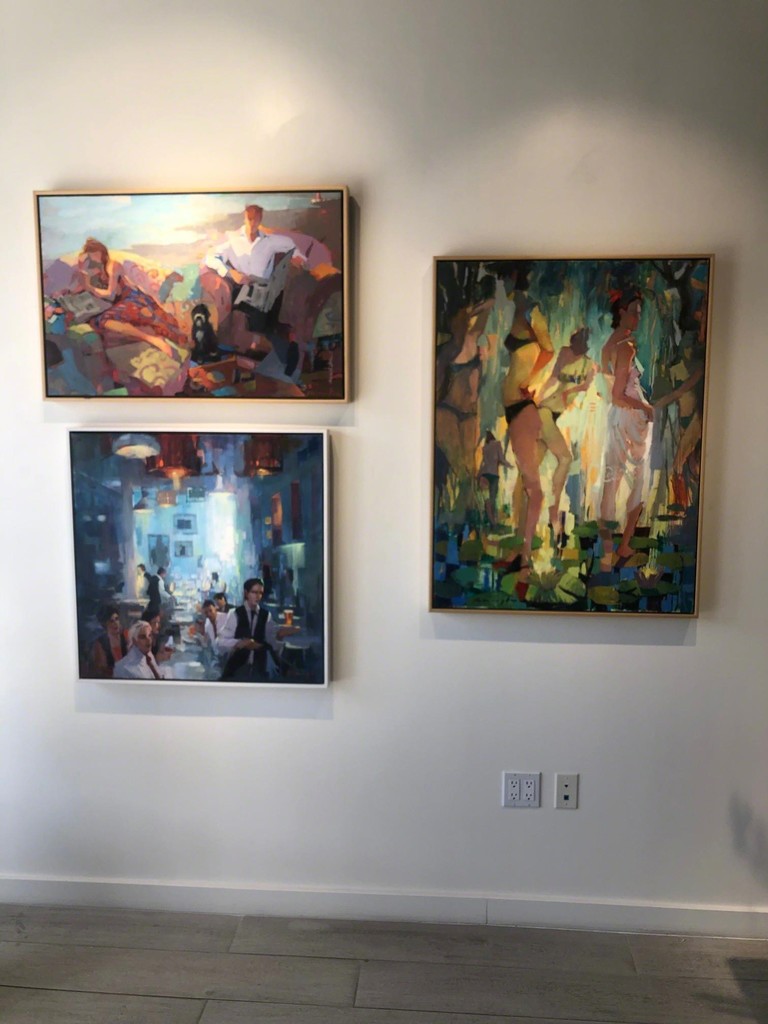 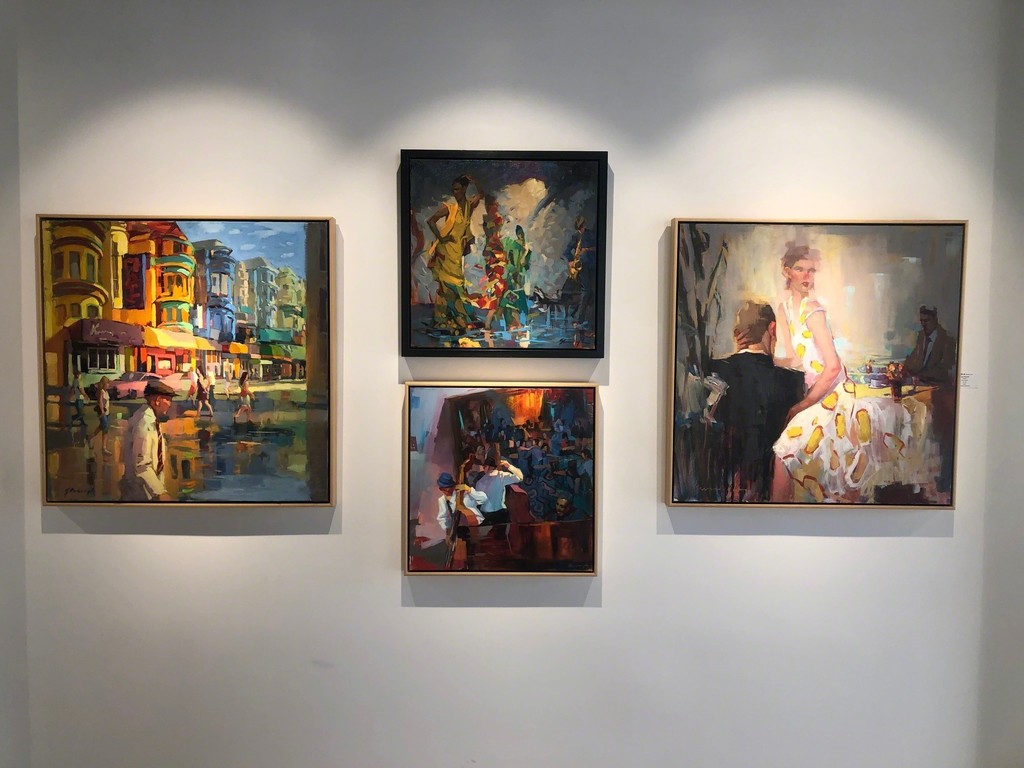 When he worked as an advertising art director in the ’70s, Michael Steirnagle also began his own graphic design studio, from which he launched an 18-year career as a freelance illustrator. “I designed a lot of fairly realistic album covers and book jackets,” he says. When he transitioned to fine art, representatives that he had across the country as a commercial illustrator provided him with commission work for clients such as Chicago’s Lyric Opera, Shedd Aquarium, and Field Museum; American Airlines; and a Baltimore Orioles gallery. He also created baseball and hockey cards for Upper Deck.

Continuing the fine arts path, he studied how Bay Area Figurative Movement artists (Richard Diebenkorn being his favorite) bridged the gap between realism and abstraction. “I wanted to paint people, but to be more expressive in my work,” he says. Calling himself “a narrative painter” and working strictly in oils, Michael has mainly gravitated toward beach scenes and cafés or bars for settings.

“I look for anything that’s going to give me a lot of shapes to play with; because the more shapes you have to play with, the more abstract you can push your work,” he says. “The less realistic the figures become, the more playful the painting can be, which really is my goal.”

Though he paints men, most of his subjects are women — often in flowing summer dresses. “The fluidity of dresses offers a lot of motion and expressive painting, and they allow me to invent designs,” he says of the patterned “fabrics.”

Among new works in the March exhibition is Sirens: a 30-by-40-inch painting of six women in bathing suits standing on lily pads. “It’s one of my favorite pieces, because it’s totally invented from black and white charcoal drawings,” Michael says.

In another new painting, Barney’s Girl, Michael introduces a new element into his work: his Australian Labradoodle (named Barney of course). “You find your muse wherever you can,” Michael jests.