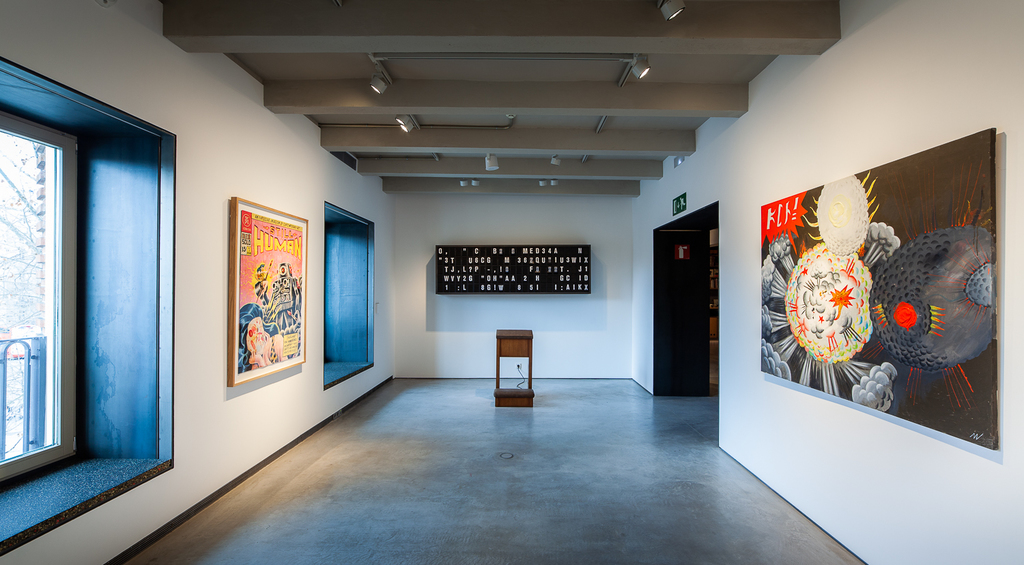 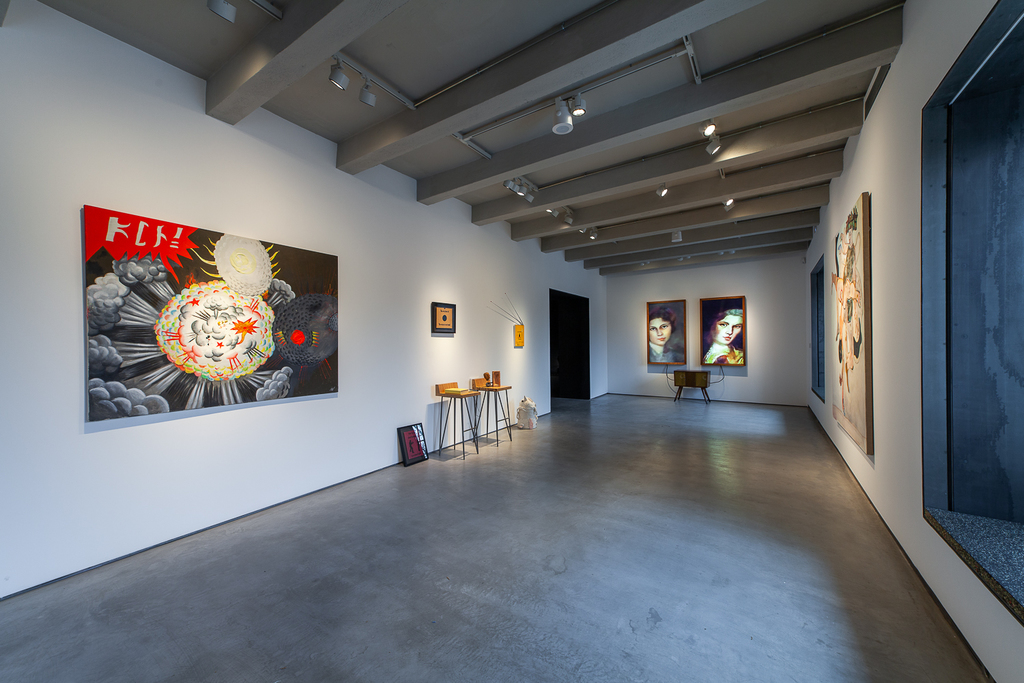 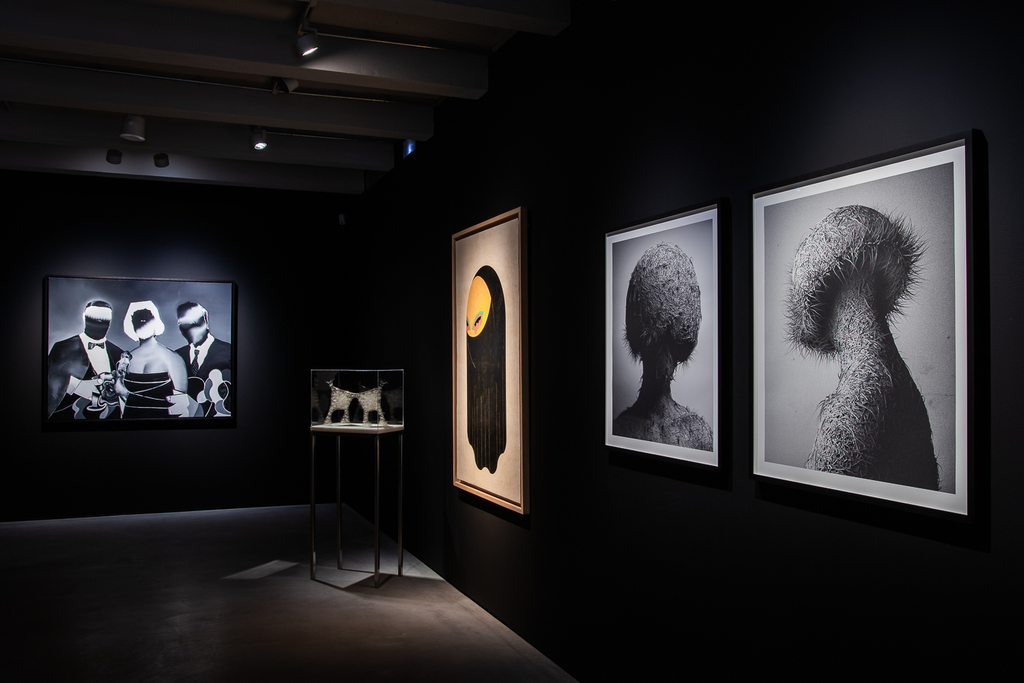 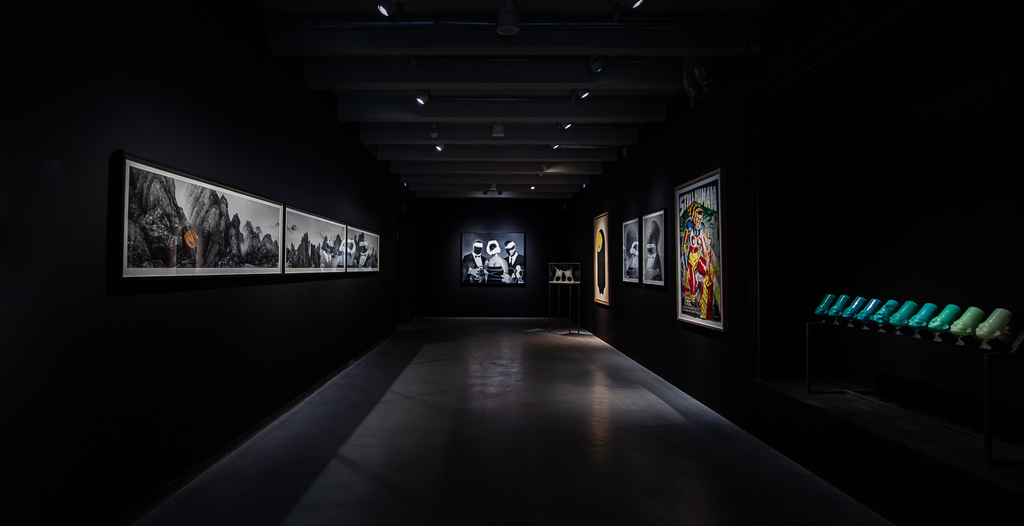 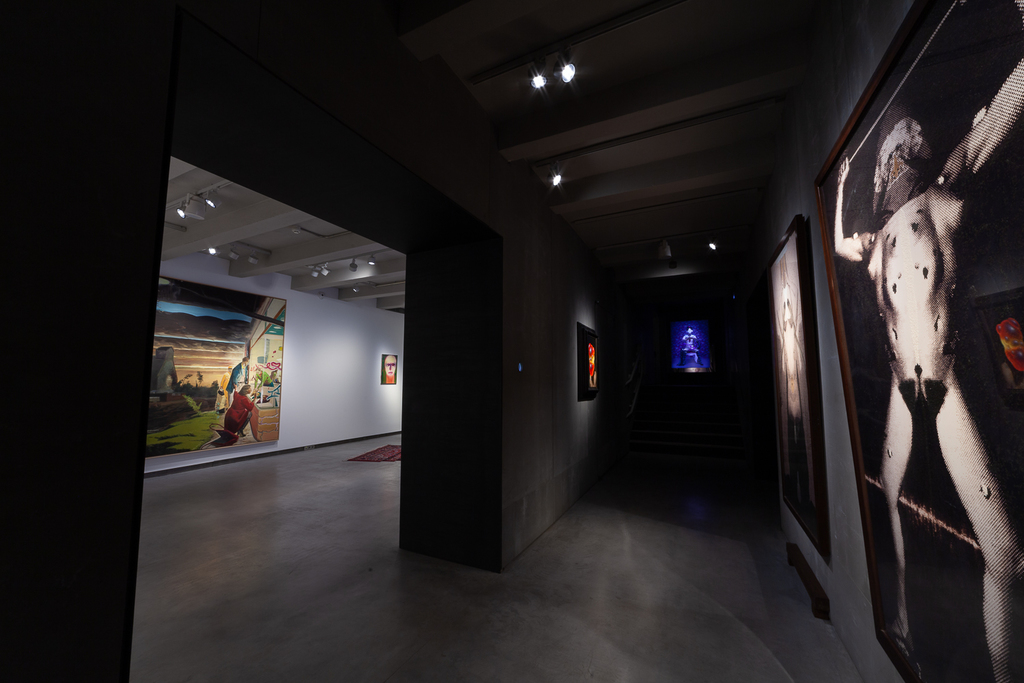 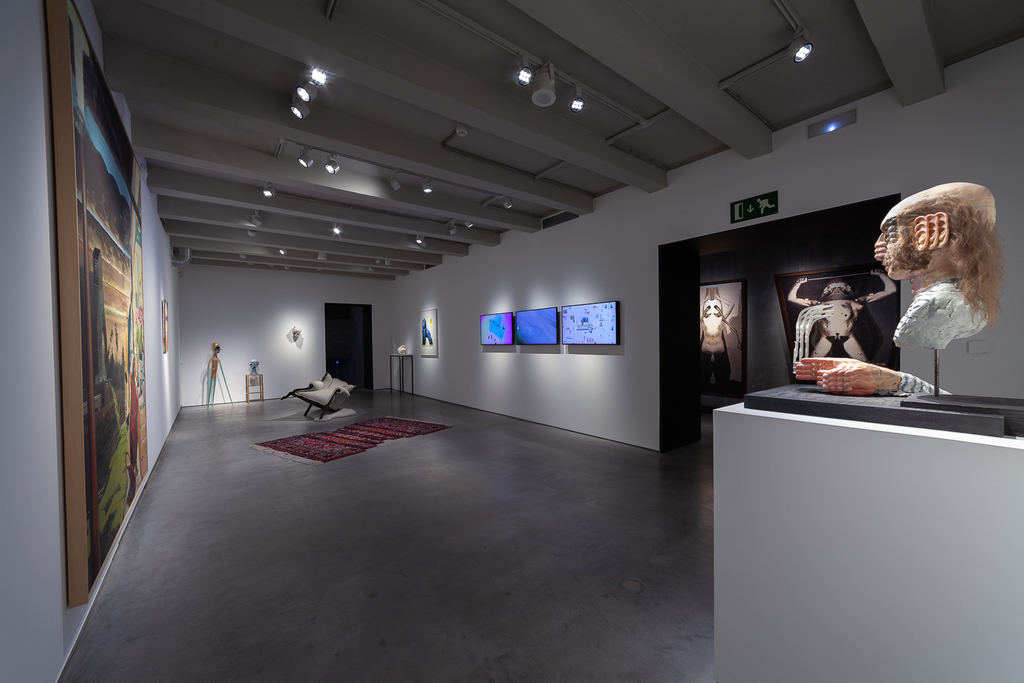 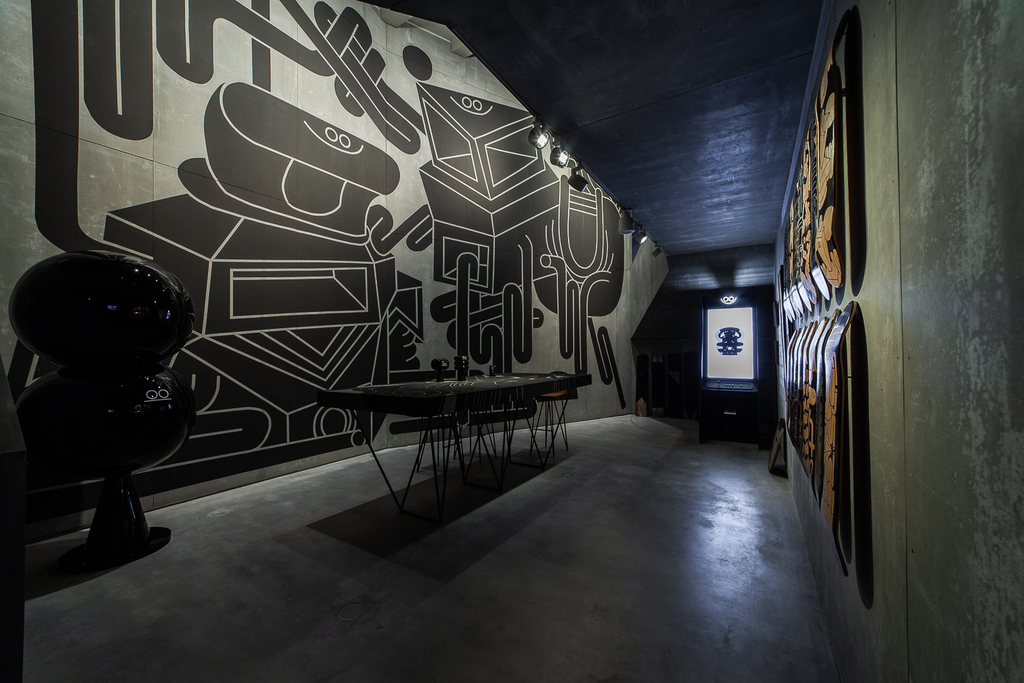 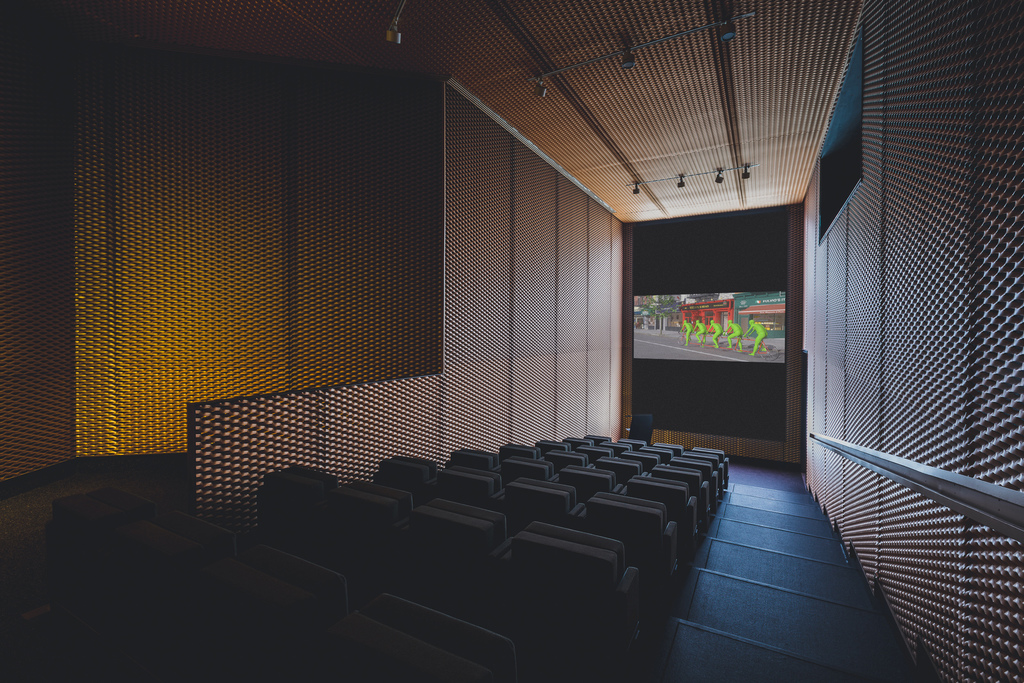 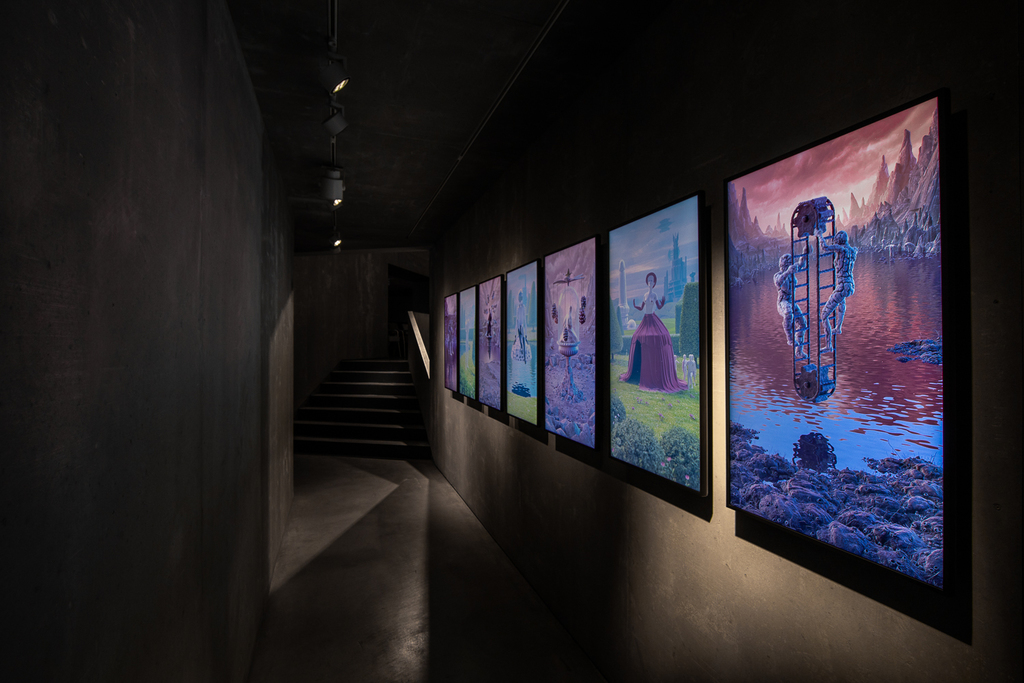 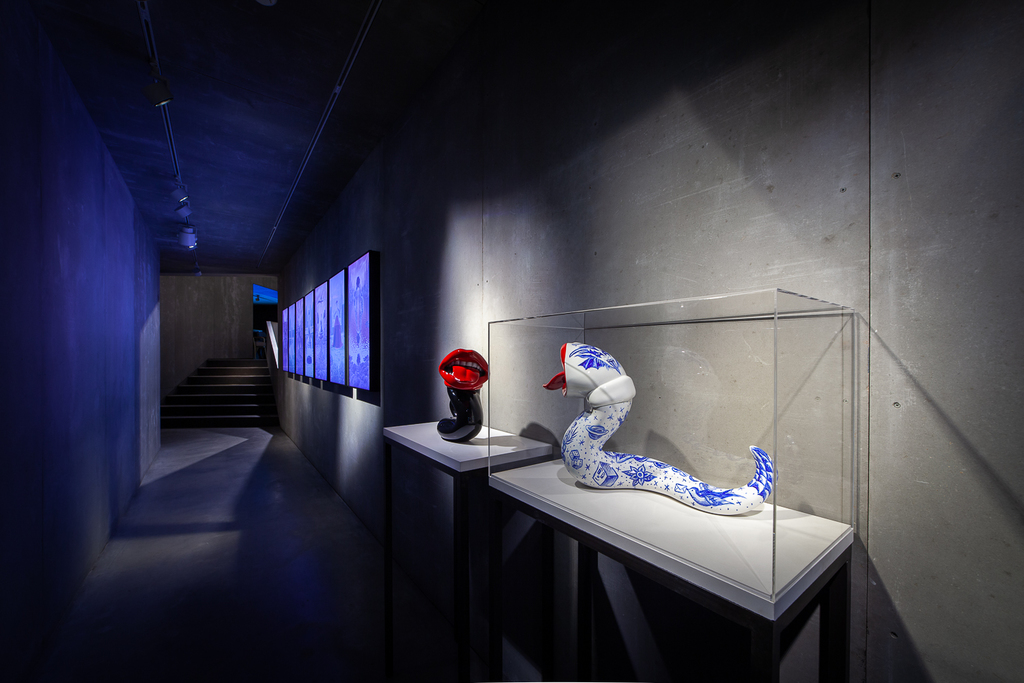 Still Human: a reflexion on how we react to what’s new, featuring 40 different artists brought together by Colección SOLO

• Cassie McQuater, Izumi Kato, Sholim and Yang Yongliang, among others, participate in this new exhibition at Espacio SOLO, on view until July 2020.

Still Human has been presented at Espacio SOLO, the museum which houses the collection, at an event attended by the German AI-art pioneer, Mario Klingemann, and the Danish artist now resident in London, Nina Saunders. Together with the artists, SOLO’s Development Director, Oscar Hormigos, and Rebekah Rhodes, Head of Research and Publications at Colección SOLO, explained the new exhibition.

“Recently there’s been a lot of discussion about the relationship between artworks and the tools used to create them. We wanted to address this question from a viewpoint that links what’s new — such as technological advances or other social change — with the strengthening of the most basic features that define us as human,” says Hormigos. Along the same lines, Rhodes adds that, “contemporary artists are responding to new social and technological contexts armed with imagination, proving perhaps that we’re not only still human but more human than ever before.”

With Still Human, Colección SOLO looks to observe our relationship with newness from a range of different artistic perspectives. It focusses the debate on human potential for development in the face of social or technological change. Works such as those by Nina Saunders or Mario Klingemann illustrate how novel aesthetic and conceptual fields are being opened up, supporting the exhibition’s premise that developments become springboards for extending the limits of collective knowledge, so enabling new ideas to emerge.

Within this context, Still Human includes work whose primary creative tool is artificial intelligence. In Memories of Passersby I, a machine created by Mario Klingemann and trained on European grand master paintings generates a constant stream of portraits, while Appropriate Response produces phrases in real time using artificial intelligence.

Saunders, meanwhile, takes the opportunity to make us “think again.” With pieces such as Greta, the Danish artist invites us not only to rethink specific objects but reflect on our surroundings. Her works connect with others present in Still Human, such as the repurposed everyday objects by US artist Willie Cole, who defines himself as a “perceptual engineer.”

The ongoing relationship between artistic creativity and technological advancement has enabled new routes to emerge in the visual arts. These are illustrated in Still Human through works by video art pioneer Nam June Paik or the AI-art of Mario Klingemann and Egor Kraft, among others.
Nam June Paik, present in the exhibition with Antenna Buddha, not only extended the limits of artistic expression but also highlighted one of the most inherent features of being human: our ability to play. Homo ludens appears in the exhibition through works such as Brick and Fingers by Nik Ramage, sculpture by Tony Matelli and the art of Juan Díaz-Faes, who plays around not only with materials such as ceramic but also algorithmic research.

Newness and plasticity
Nam June Paik’s playful approach is reflected in the work of Cassie McQuater too. This young artist harnesses video game narratives as a feminist means of expression and therapeutic space to alleviate her insomnia. In Still Human, McQuater is presented alongside Spanish artist Evru/Zush, exploring artists’ response to change as an exercise in neuroplasticity. Evru/Zush, who has worked extensively on the therapeutic benefits of creativity, is an example of constant change in terms of his artistic media, output and identity.
New creative routes made possible by technological developments — such as the invention of tin paint tubes and emergence of Impressionism — are reflected in Still Human with pieces such as Half Human - Half Machine Portraits Series by Sholim or the 4D video animation of Nikita Diakur, unthinkable before the development of digital imagery. Cool 3D World and SMACK venture into the “uncanny valley,” the concept put forward by Masahiro Mori to define the unease produced by robots or animations which seem too human.

Fluidity and critique
Work by these emerging digital artists is presented in Still Human alongside pieces which tackle new realities through more classical materials. These include sculptures by David Altmejd or the hybrid characters of Neo Rauch.
Liquid borders between the concepts of what we are and what we might be are also to be found in Im Fernsehen gesehen by Miriam Cahn or the modified organic-digital figures of Can Pekdemir. Using digital collage, Yang Yongliang transforms the ancient Chinese art of landscape painting into critical discourse on extreme urbanisation.

The apocalyptic yet fascinated vision of the future developed in 1950s comics is also present in Still Human through the retro-futuristic artworks of Ryan Heshka and Sergio Mora, two artists who have benefitted from Colección SOLO’s artist support programmes.

Sound objects
The musician Lars Dietrich explores the possibilities of transforming jazz performance by developing and playing with sound robots; the evolution of this work into a stand-alone piece is Lily: A Modernised Music Box. Another exercise in sound-based creativity is the delicate beat machine created by artist and composer Koka Nikoladze, on display until July as part of Still Human, an exhibition which will also feature a programme of activities running in parallel over the coming months.

About Colección SOLO
Colección SOLO is a project to support, drive and accompany contemporary artistic creation developed by the Spanish entrepreneurs, Ana Gervás and David Cantolla.

Colección SOLO is housed at Espacio SOLO, a museum which shows the collection’s holdings through different temporary exhibitions. Designed by Juan Herreros and awarded the Madrid College of Architect’s Prize in 2018, Espacio SOLO is located in Puerta de Alcalá, Madrid. Guided visits are free by appointment and can be booked in advance at www.coleccionsolo.com