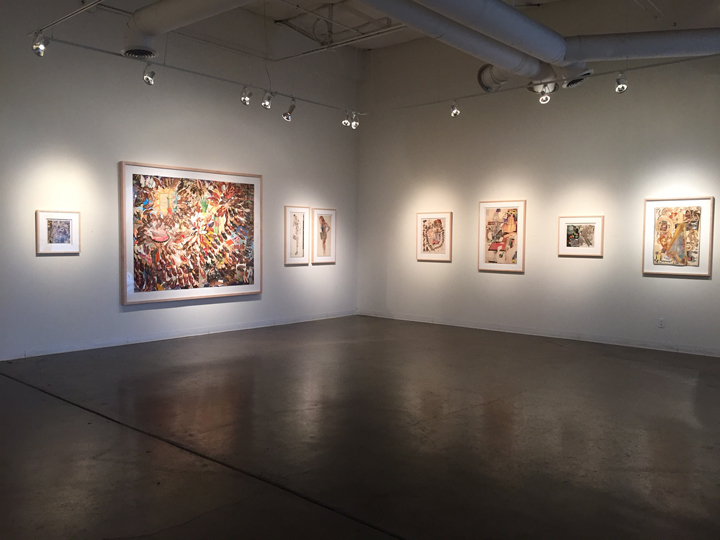 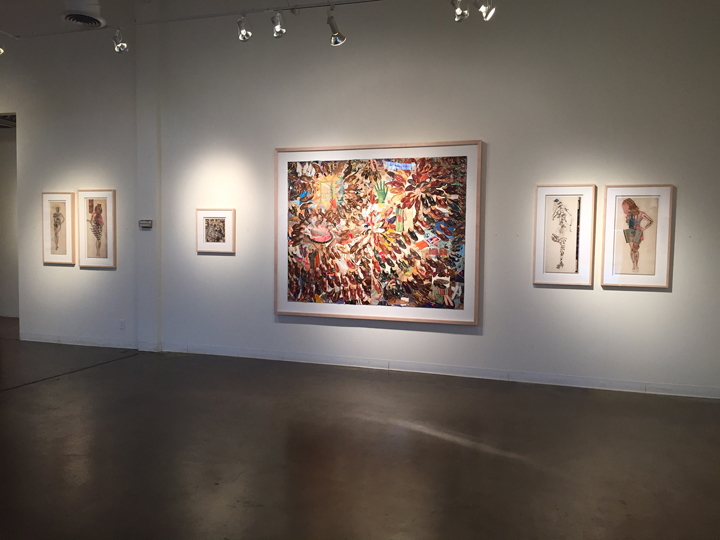 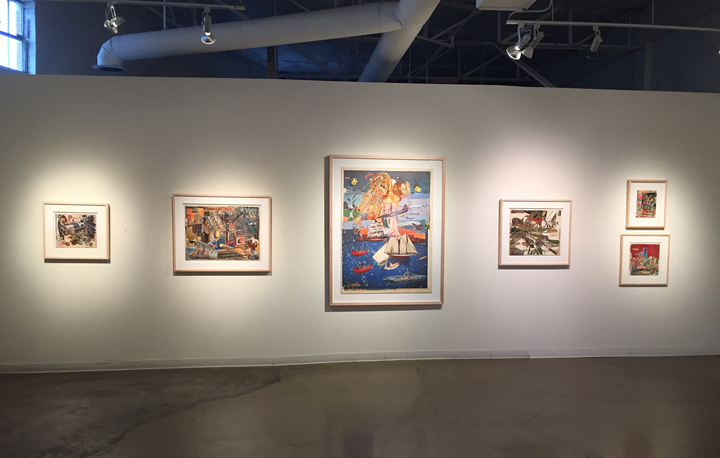 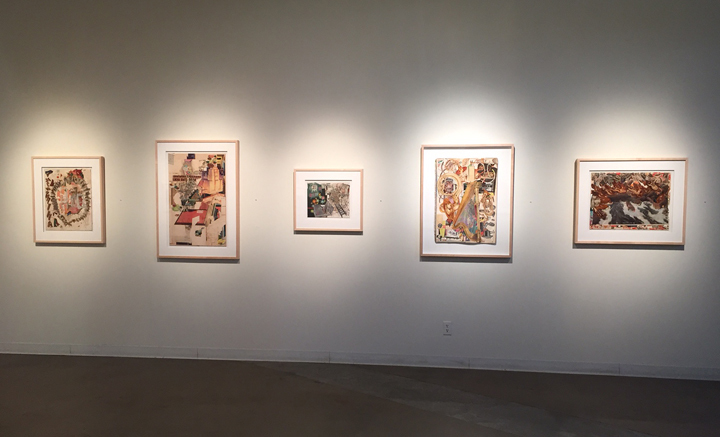 In this body of work, Letscher moves away from the geometric abstract and toward image rich collages precisely constructed and deftly organized. Taken from American mid-20th century catalogues and magazines, Letscher envisions both the domestic world and the feminine. Shades of pink, undergarments, and stockings invite the viewer to the intimate world of the mid-century home and the humanistic promise of the “American Dream.”
With frequent compositional framing of the picture plane, Letscher hints at the voyeuristic aspect of advertising. Several works include images of women, their anatomy obstructed by trappings of their own wealth; mattress, dishes, shoes, watches, or are missing all together. While these representations of domestic life have a comical side, it is obvious that larger machinations are at work. Using mid-century graphics Letscher draws the viewer into the ideal world of the past. The richly allegorical compositions are a call to reflect upon realities of contemporary society.