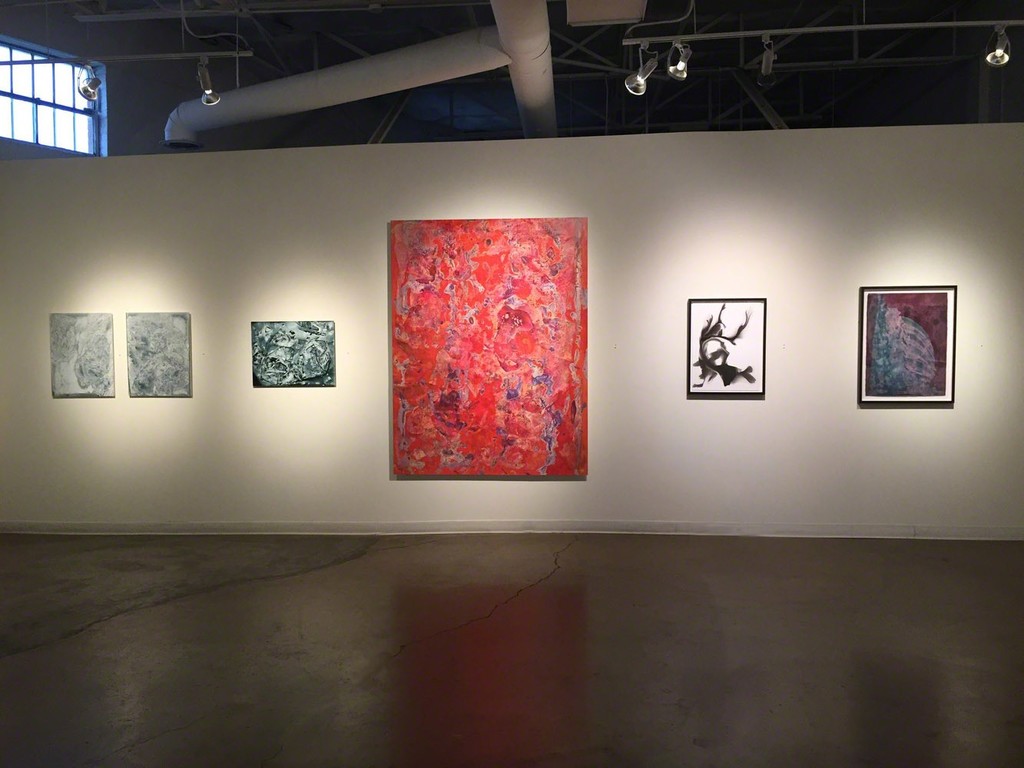 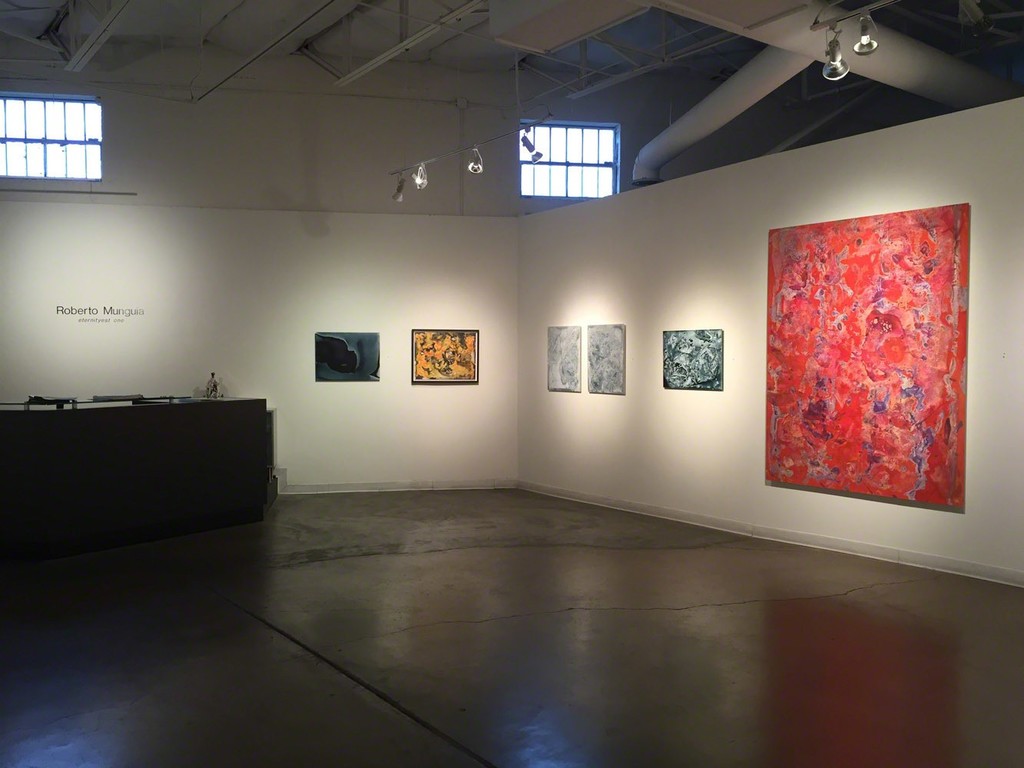 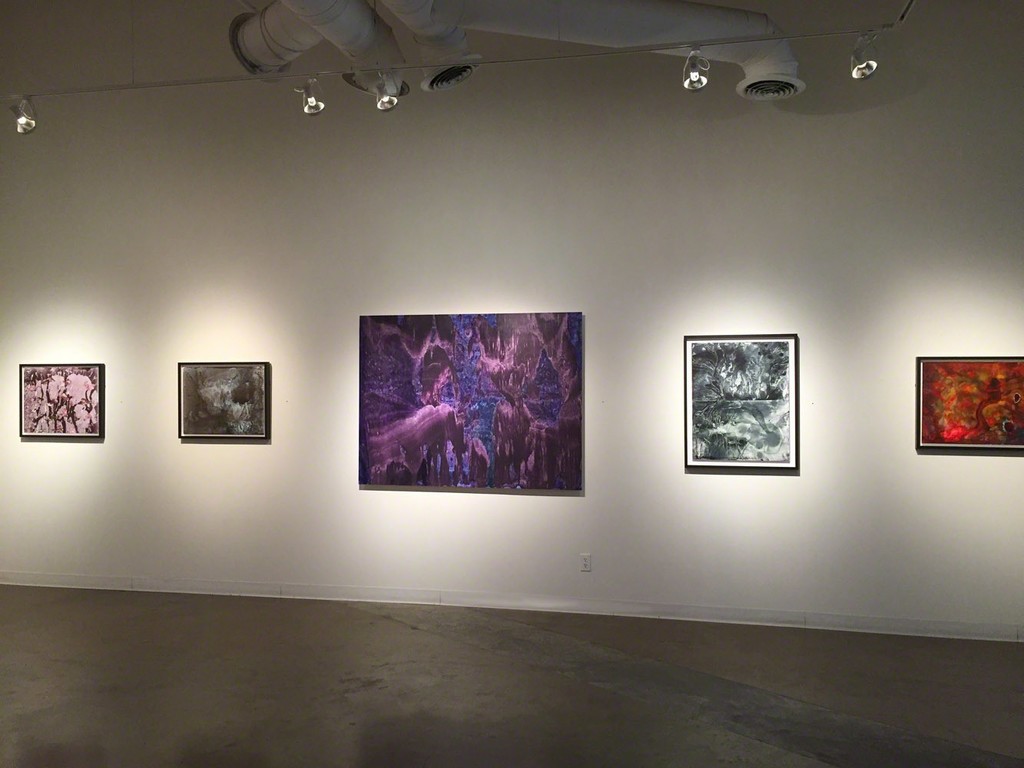 Conduit Gallery is pleased to announce a solo exhibition of work by Roberto Munguia: eternityest one.

Inspired by his love of invention and faith in the generative powers of the intuitive process, Roberto Munguia will exhibit twenty-four new works on paper and prints that showcase the artist’s ongoing investigations with wax, ink and paint. Since the late 1970’s Munguia has used some form of encaustic in his work, and has recently developed a unique monotype painting process prevalent in this exhibition. Using heated aluminum sheets covered with encaustic paint, the artist manipulates a wax image onto Yupo plastic sheeting. The painting is then over-layed with acrylics and oils to create the final expression. In addition, works such as Sensorio, composed of sheets of clear or frosted Yupo are soaked in a "soup" of acrylic, ink, and oxgall water. The resulting thickly layered film is manipulated until the image is revealed. These works mark significant developments in the artist’s process begun in 2011 and introduced in his previous Conduit show, TepeQuetzalandia.

Well known Dallas based artist, Roberto Munguia has been creating works of art that reflect his deep sense of spirituality and connections to his Mexican heritage through color and form. Munguia’s work has been exhibited at The Witte Museum, San Antonio, Museo Vito Alessio Robles, Saltillo, Mexico; National Museum of Mexican Art, Chicago, IL; The Polk Museum, Lakeland, Fl; Mexi-Arte Museum, Austin, TX; and many other museums and galleries. His works are included in the collections of numerous museums throughout the country.

He has twice been selected for public art transit projects by Dallas Area Rapid Transit. Those projects can be viewed at the D.A.R.T. Light Rail/ Inwood Station and the D.A.R.T. Light Rail/ Westmoreland Station: Commissioned Artist, Dallas, TX; and was also a contributing artist for the Dallas City Center Streetscape Project working with H.O.K. architects. In North Texas, his work is in the permanent corporate collections of the A.H. Belo Corporation, Citi, Dallas/Fort Worth Airport Texas Instruments, GTE, Hall Financial and Zales Corporation among others both locally and nationally.