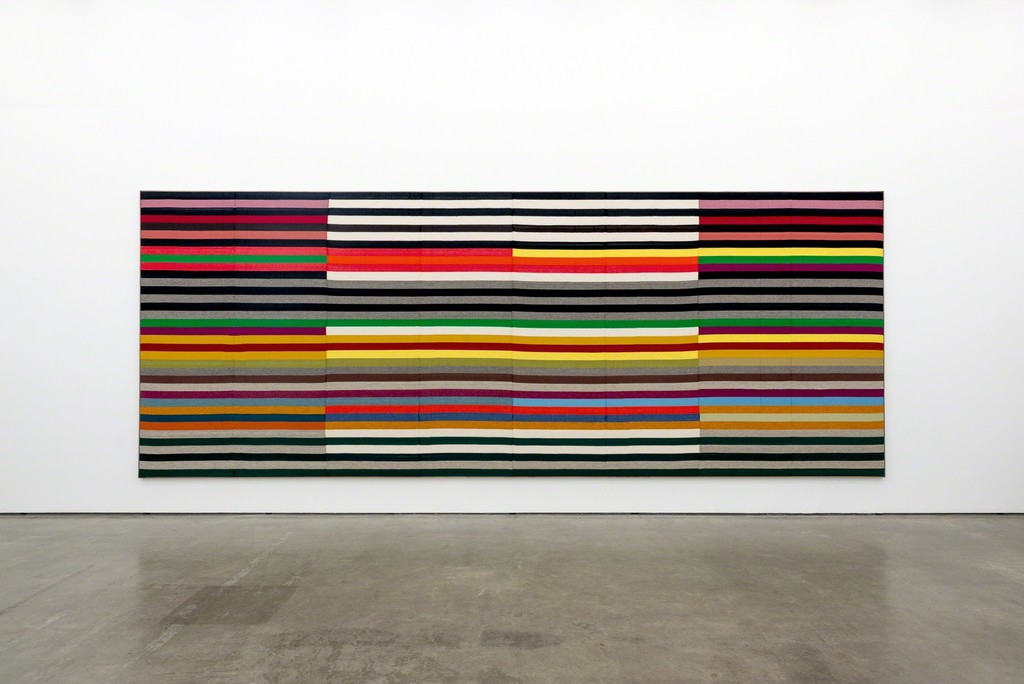 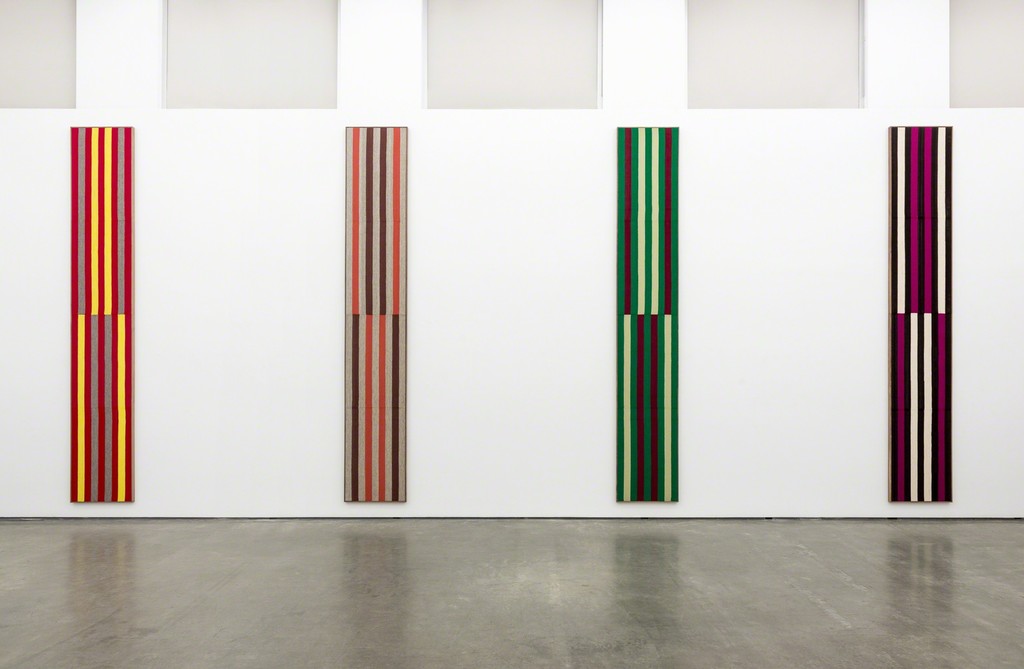 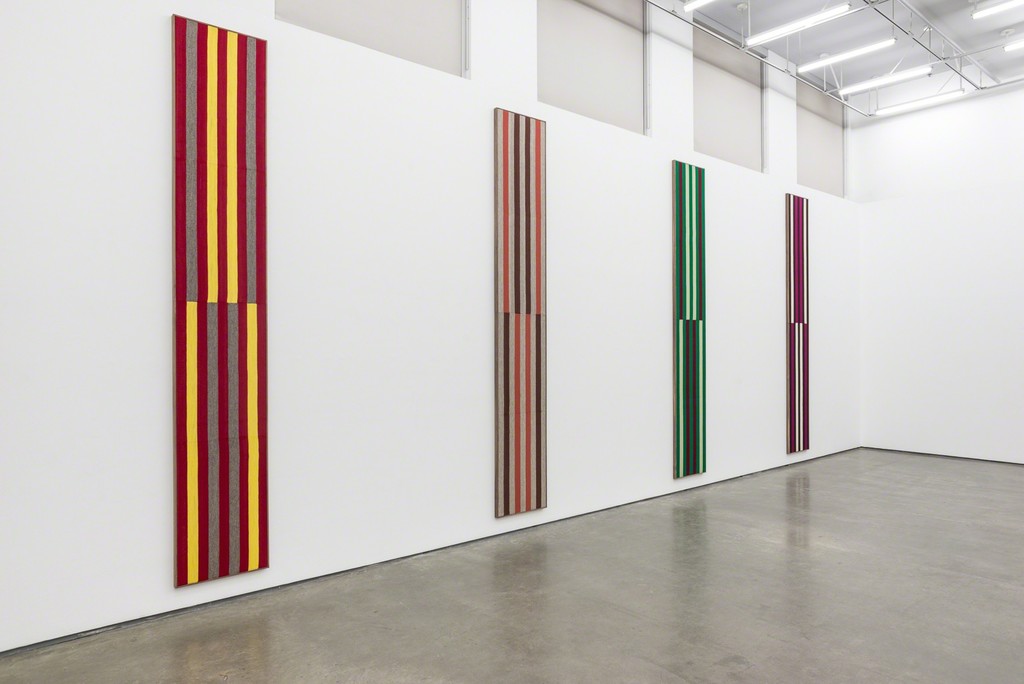 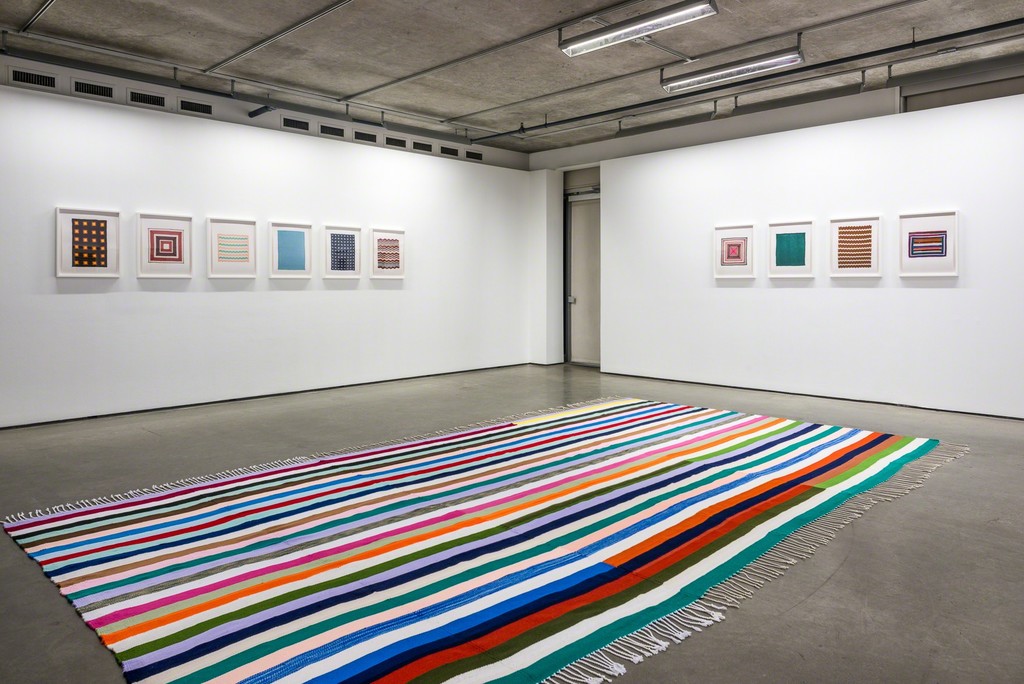 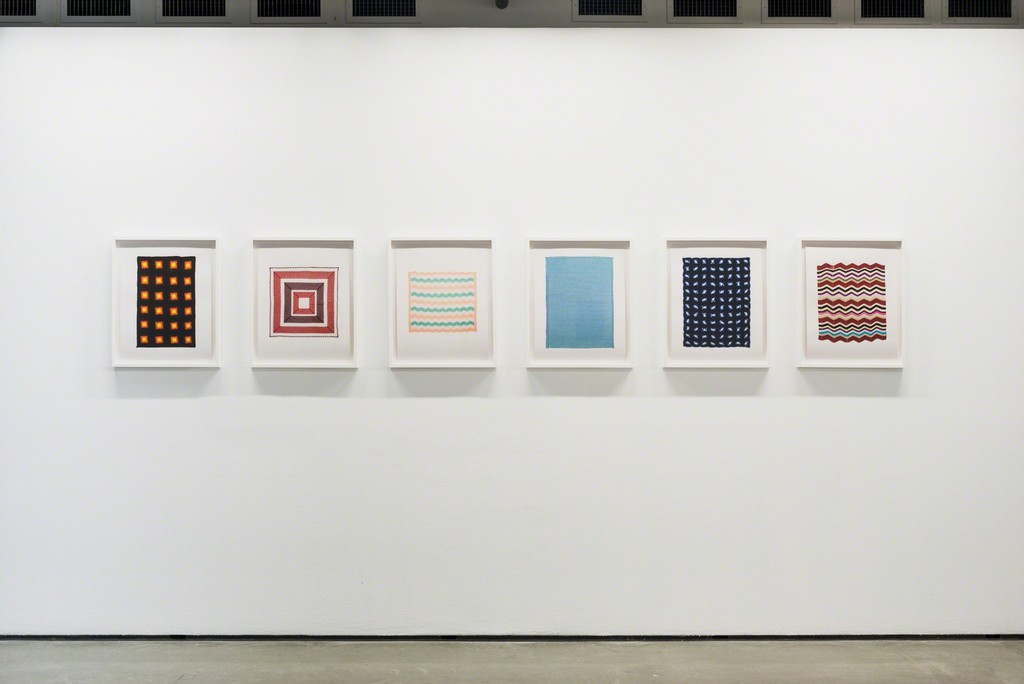 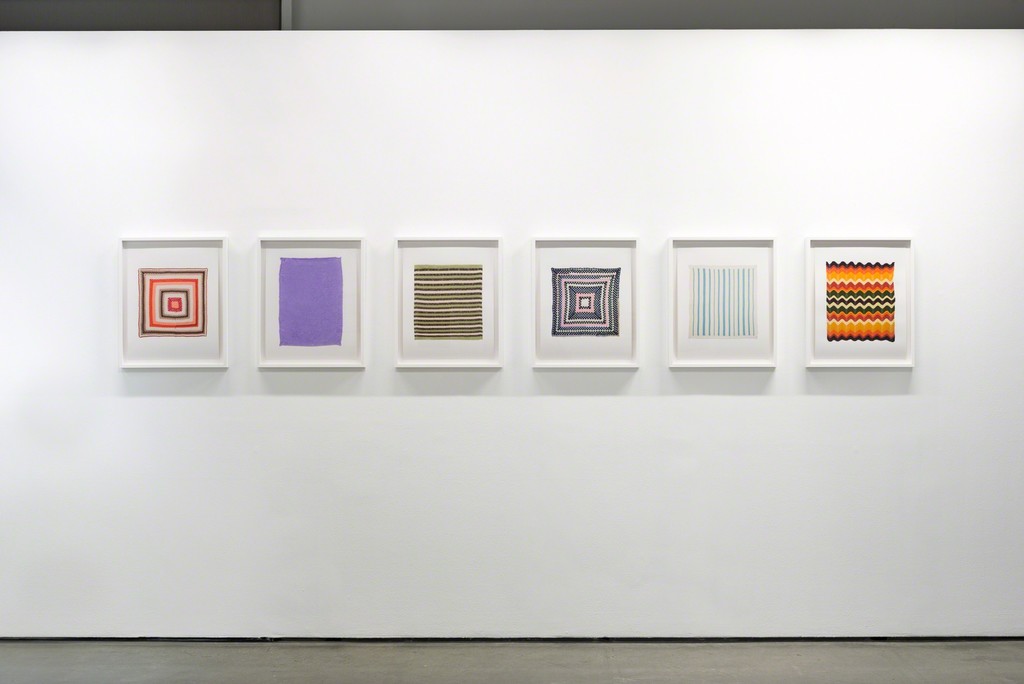 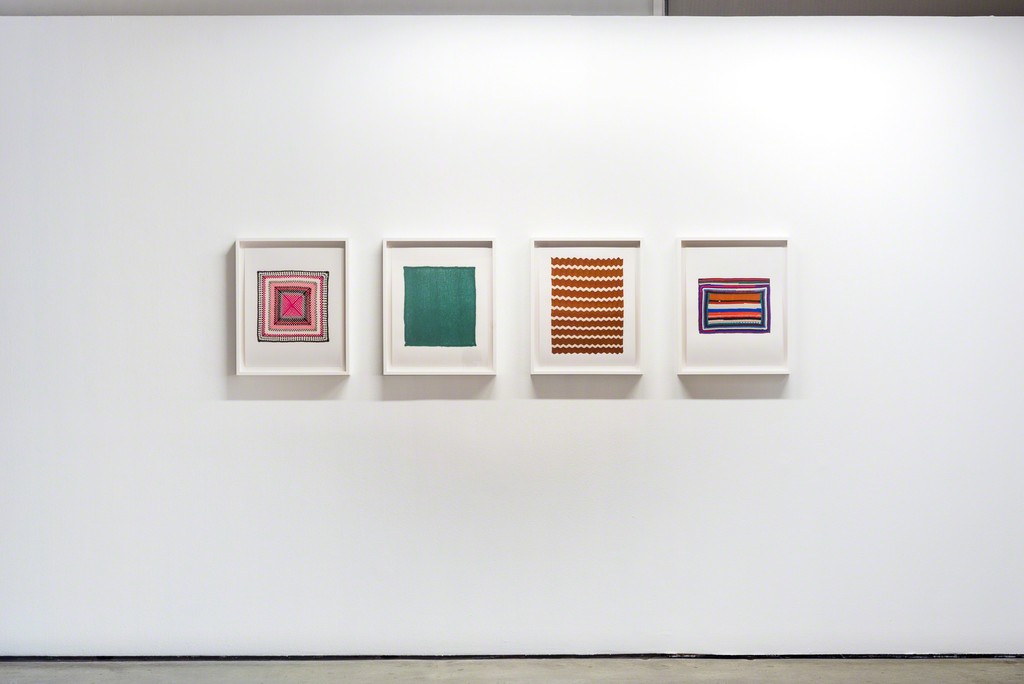 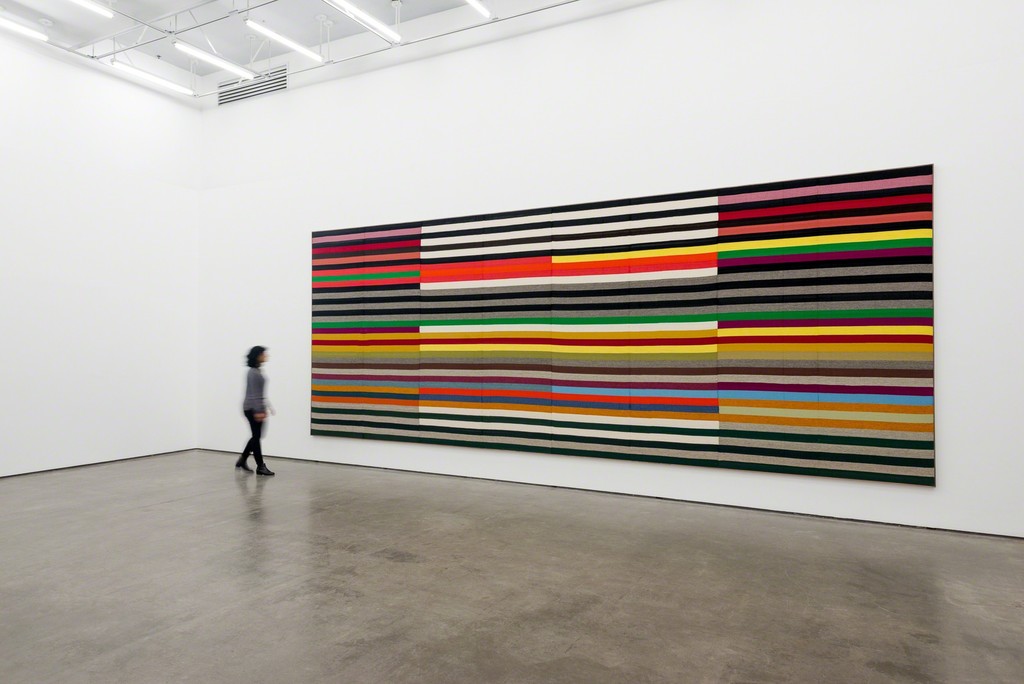 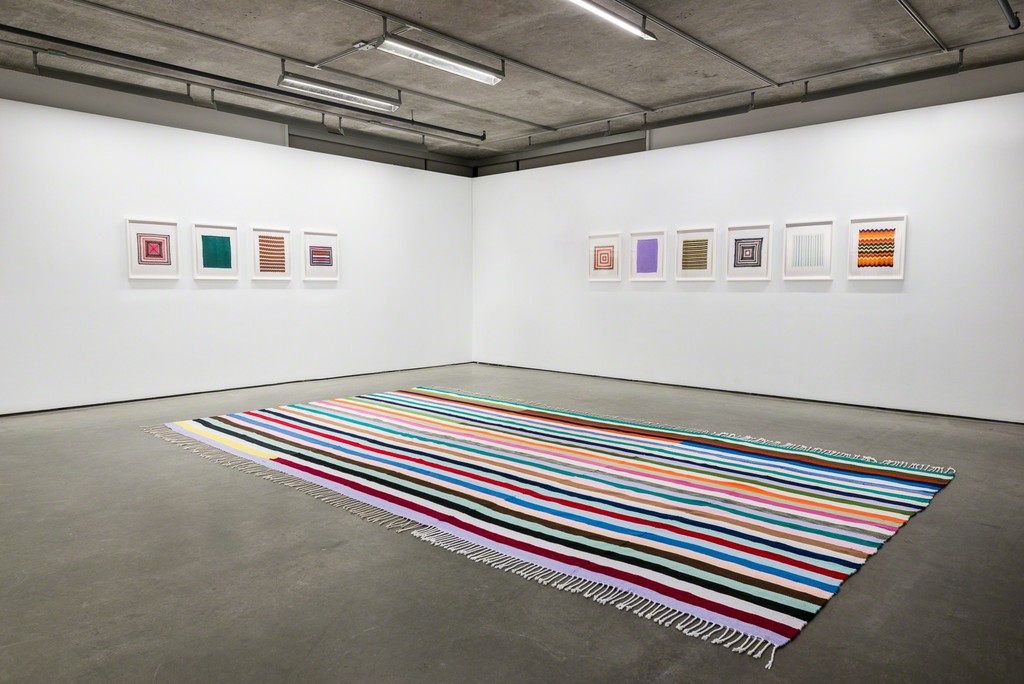 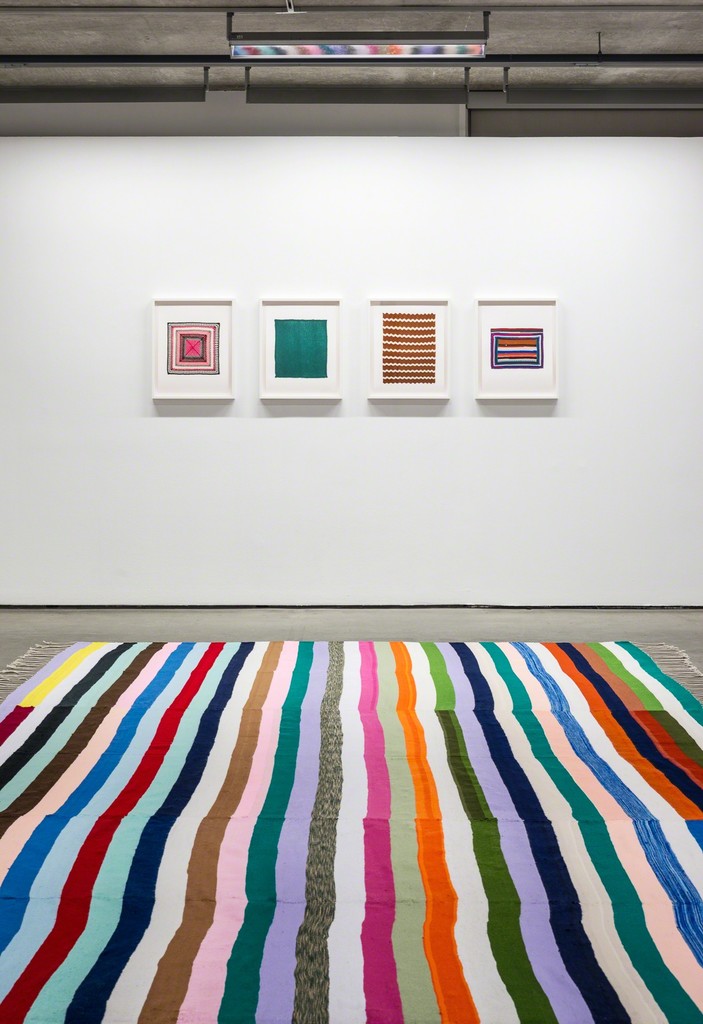 Commencing 2018, the Contemporary Art Gallery is pleased to present the first solo exhibition in a public institution by Canadian artist Brent Wadden. Encompassing six new woven works displayed across both galleries upon the floor and walls, the exhibition presents themes and tensions core to Wadden’s practice, simultaneously drawing from and antagonizing the highly gendered histories of painting and textiles, fine art and craft.

Wadden began his artistic training as a painter, but over the past seven years has established an extensive body of abstract woven work that he continues, very intentionally, to describe as paintings. Through their repeated geometric shapes and symmetry, Wadden’s paintings present formal and conceptual references to modernist abstraction, while challenging the conventions of weaving. As a self-taught weaver, Wadden’s process is exploratory, laborious and purposefully naïve. Unlike in painting, where an artist is able to apprehend the entirety of the canvas at once, weaving on a loom involves rolling the textile as it is produced, only allowing the artist to see the full panel once it has been cut from the device. Wadden’s choice of materials furthers his complex approach to this traditional art form. Working almost entirely with pre-used fibers purchased from Ebay, Craigslist and thrift shops, the artist is often short of the amount he needs, and frequently compensates with near matching filler. This attitude of “make do and mend” is one Wadden had long observed from the small communities of his native Nova Scotia, where many folk artists worked with only materials they had directly at hand.

In Two Scores, Wadden extends his practice even further, responding to the dimensions of the exhibition space with two new major works. In the B.C. Binning Gallery, a monumental, nearly seven-and-a-half metre long painting, Score 1 (Salt Spring) (2017), is determined both by the length of the wall and the amount of yarn Wadden obtained in a single purchase from a Salt Spring Island weaver. Wadden has then woven the excess material into long, narrow panels inserted column-like between the gallery’s windows that run like a frieze high up along the south wall. In the Alvin Balkind Gallery, Wadden directs our attention to the floor, where a single, unstretched woven piece is laid out as a rug, further challenging the viewer’s perspective of it as either painting or textile. The scale and colour of Score 2 (16 Afghans) (2017) is dictated by the yarn unraveled from sixteen knitted vintage blankets Wadden purchased from various Vancouver thrift shops. A series of sixteen framed photographs document each of the original blankets’ geometric simplicity and riotous colour.

Alongside the exhibition, CAG will be producing a new publication on Wadden’s work including texts by Maria Fusco and Kimberly Phillips that critically examine the artist’s practice. This will be launched at a special event on Saturday, March 17 from 4.30pm where Wadden will be in conversation with Kimberly Phillips, followed by a book signing.