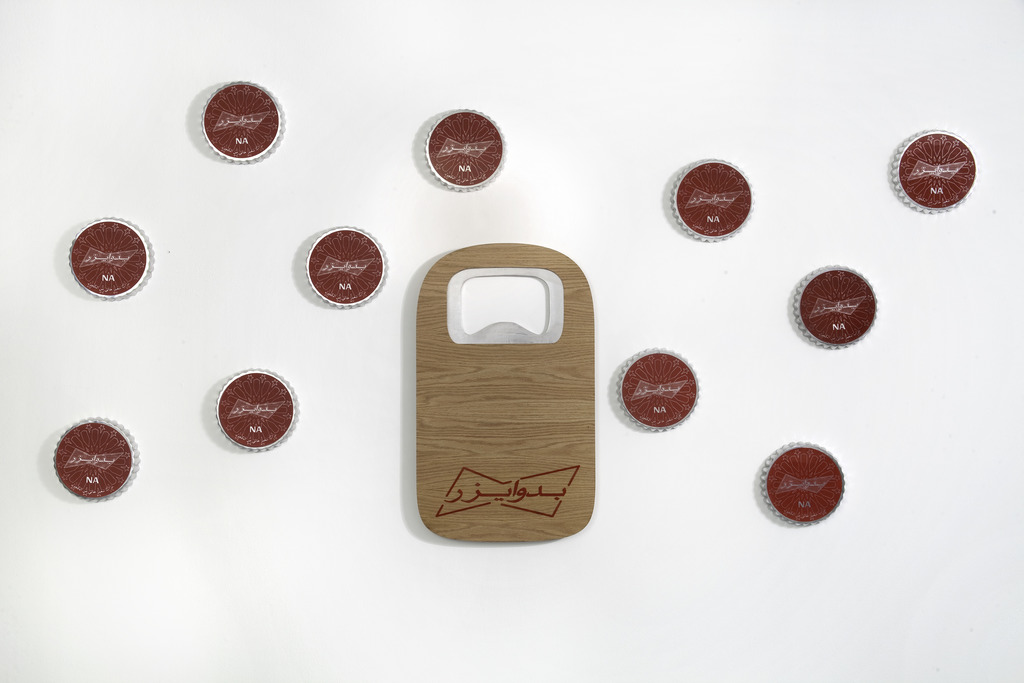 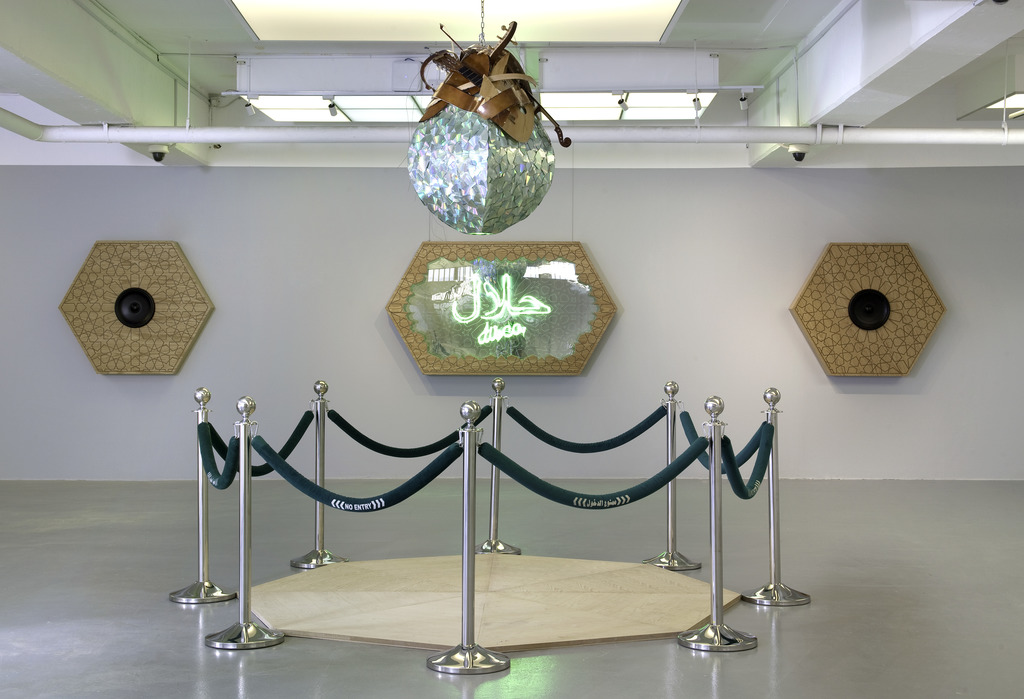 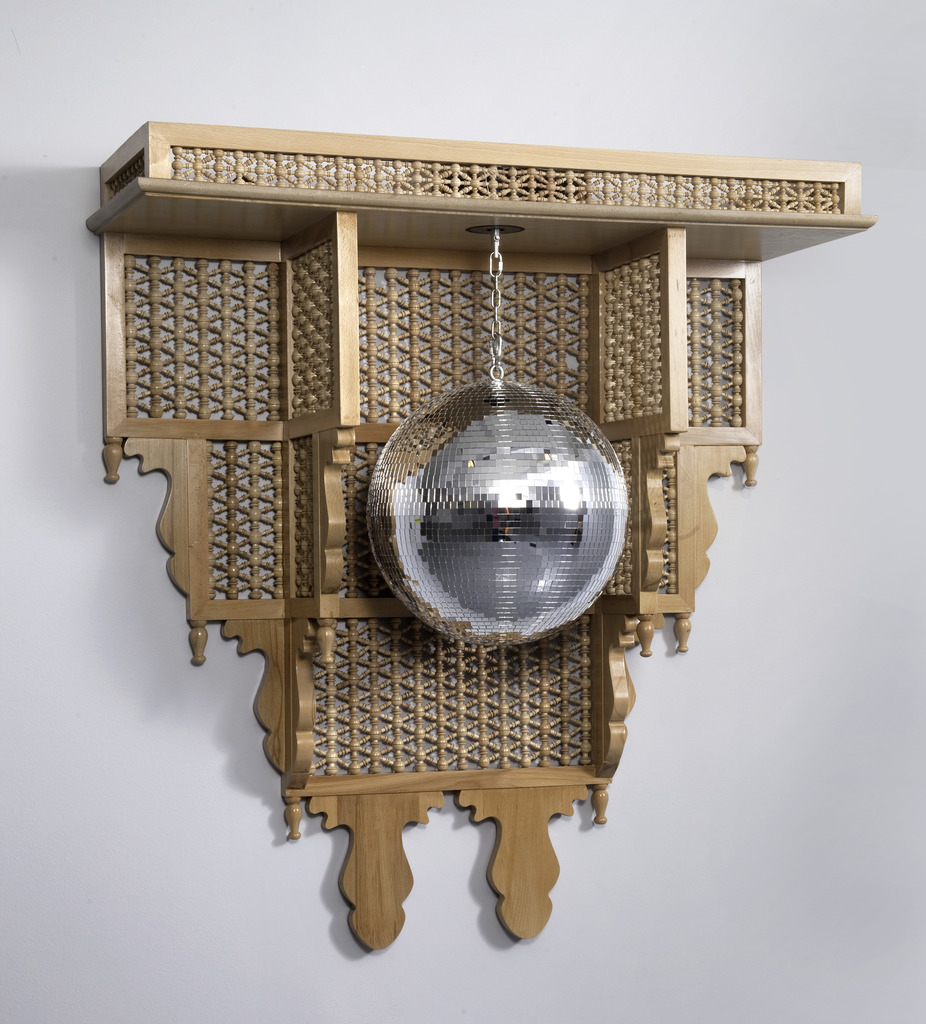 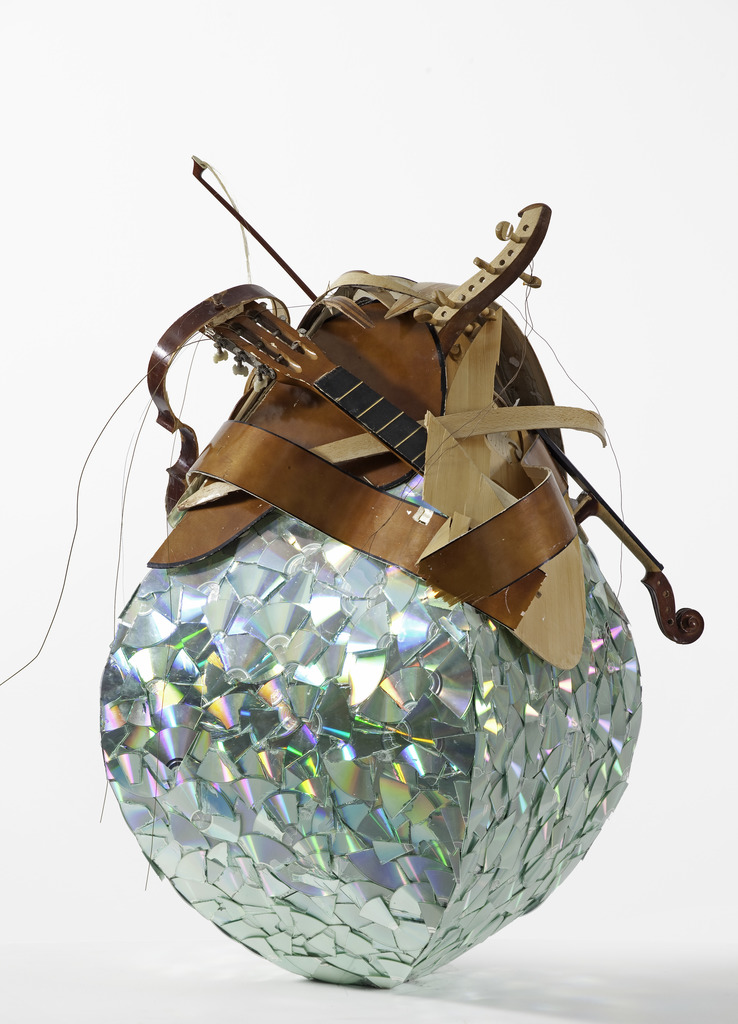 Al-Hemd chooses the discotheque as an exaggerated setting, translated into a futuristic void through the process of Arabisation, to highlight ongoing transformations taking place within the local society. Imported goods and ideals adapted to complement the local setting and currently prevalent within the Kuwaiti market, are used and further manipulated to reflect predominant views and symbolic representations of the region.

On the surface, the pieces included in the exhibition have been elevated to an almost iconic status: a mythical representation created by a proposed harmonious collision of cultures. Further reflection presents an outcome where the functionality of both cultures is lost and we’re left with a tale of contemplation.

This juxtaposition, infused with the artists’ playful and calculated interpretation, creates a tension that poses two predominant questions:
To what extent should Western standards influence other societies? How does a nation modernise considering culture, tradition and religion?