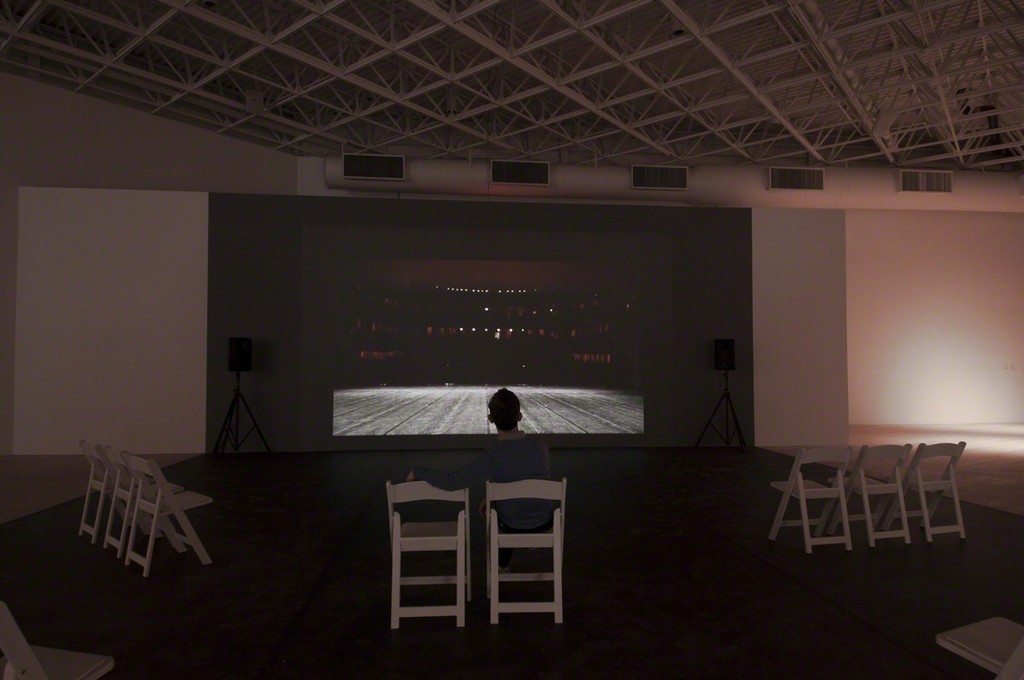 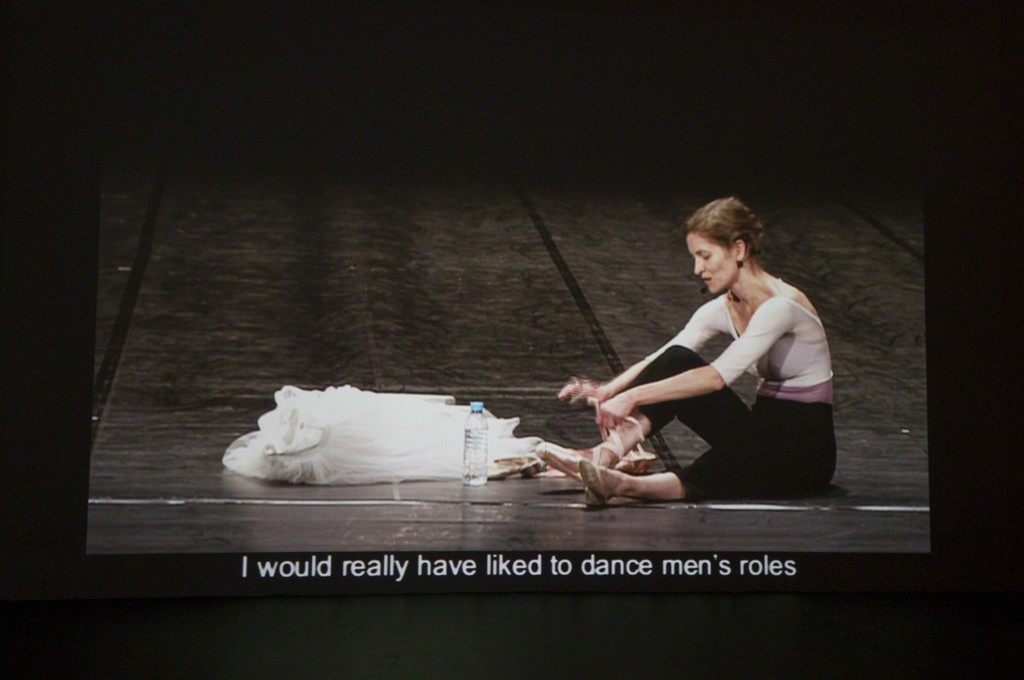 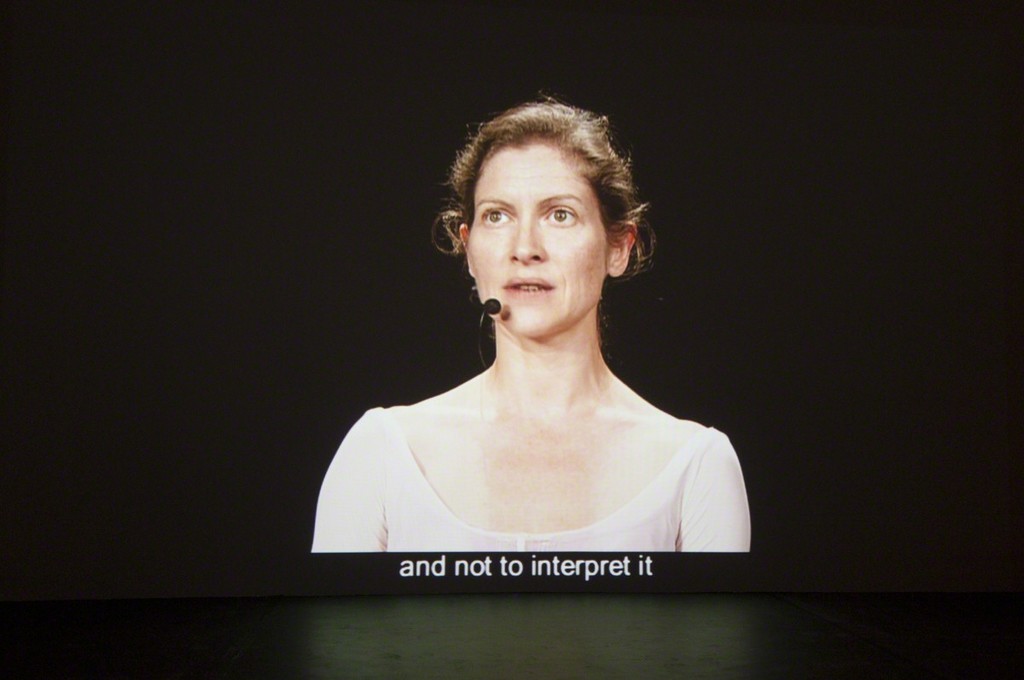 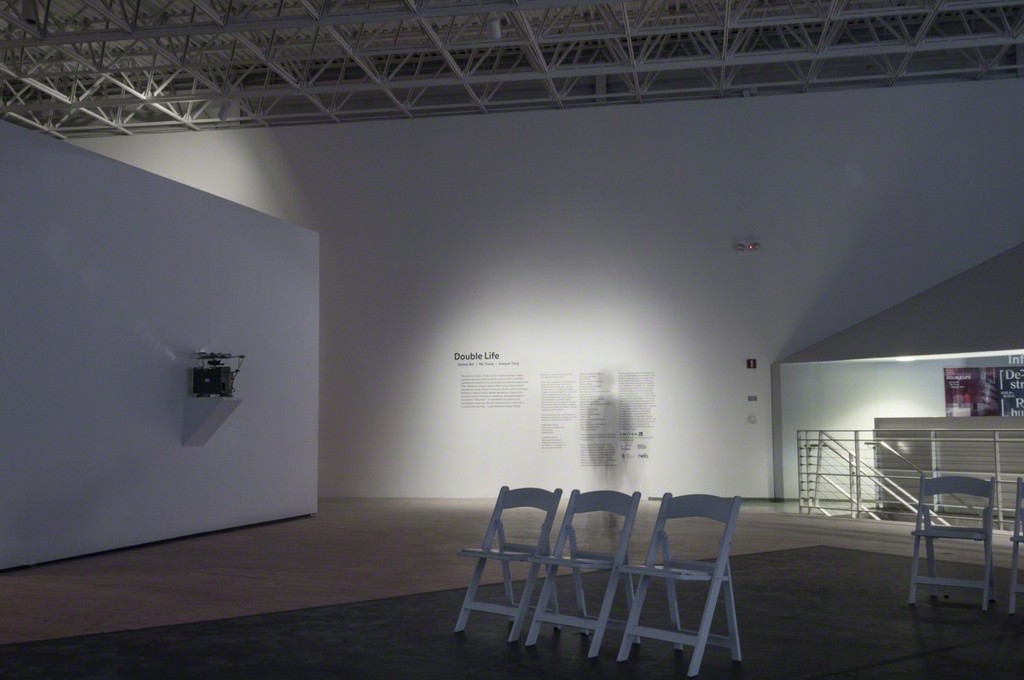 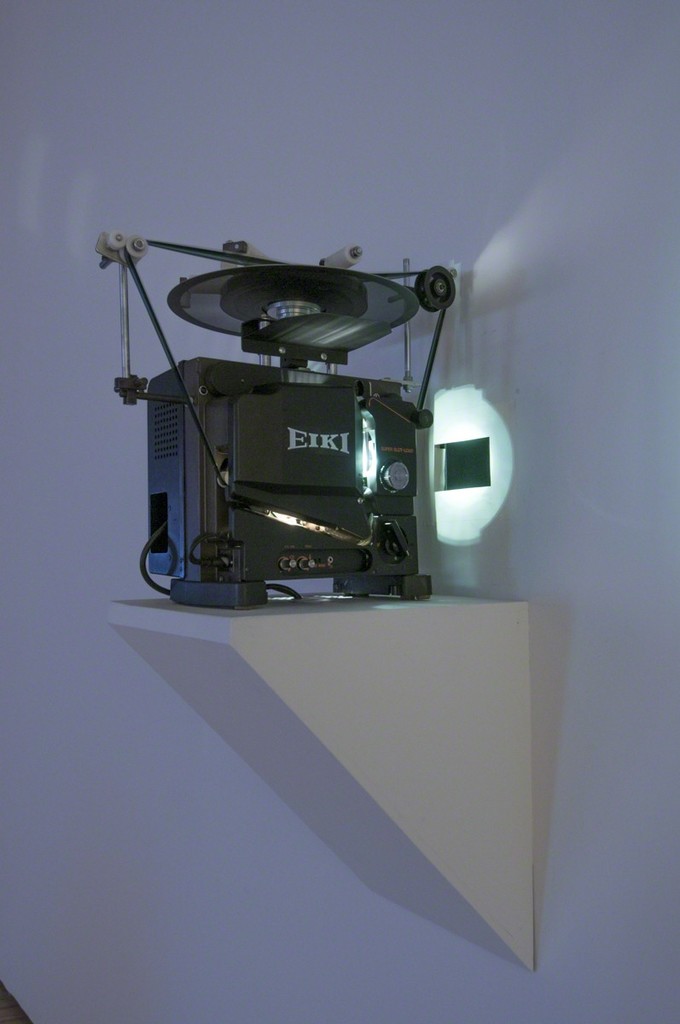 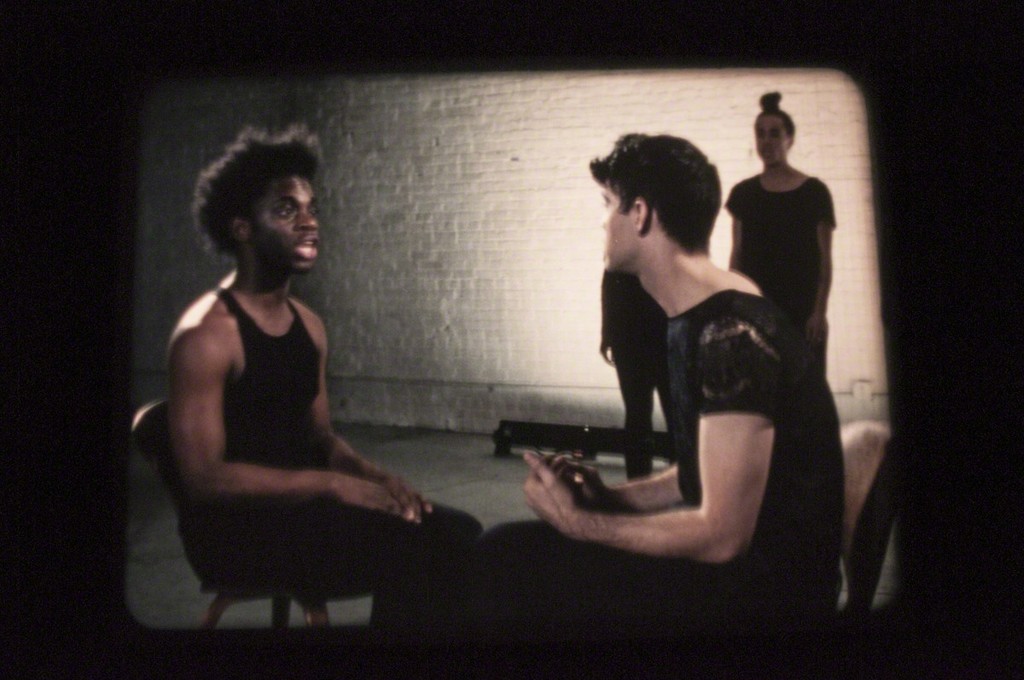 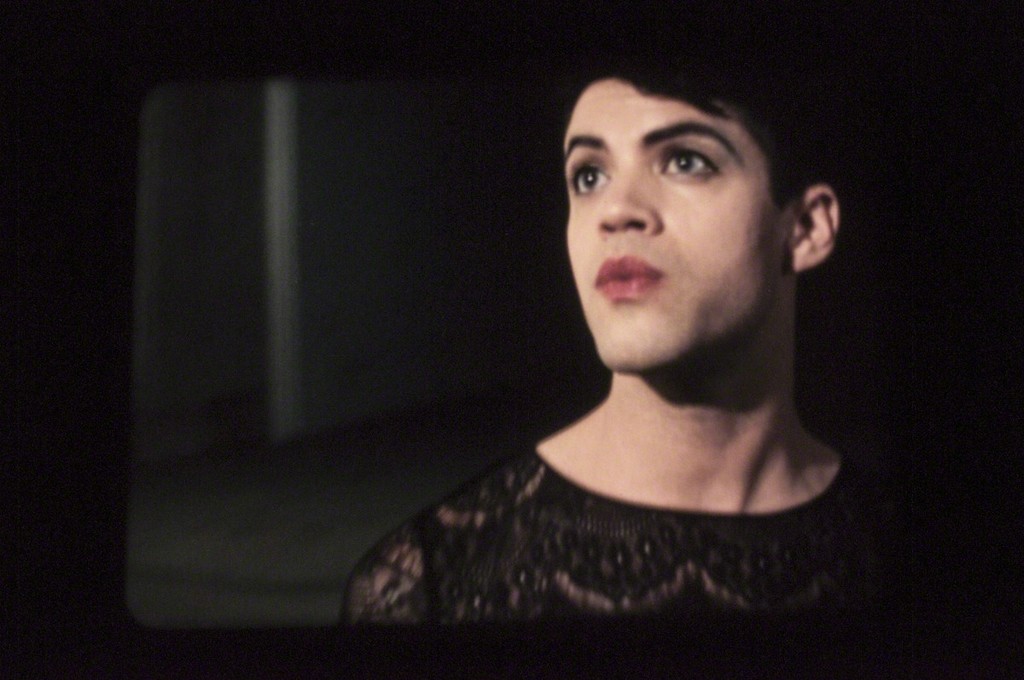 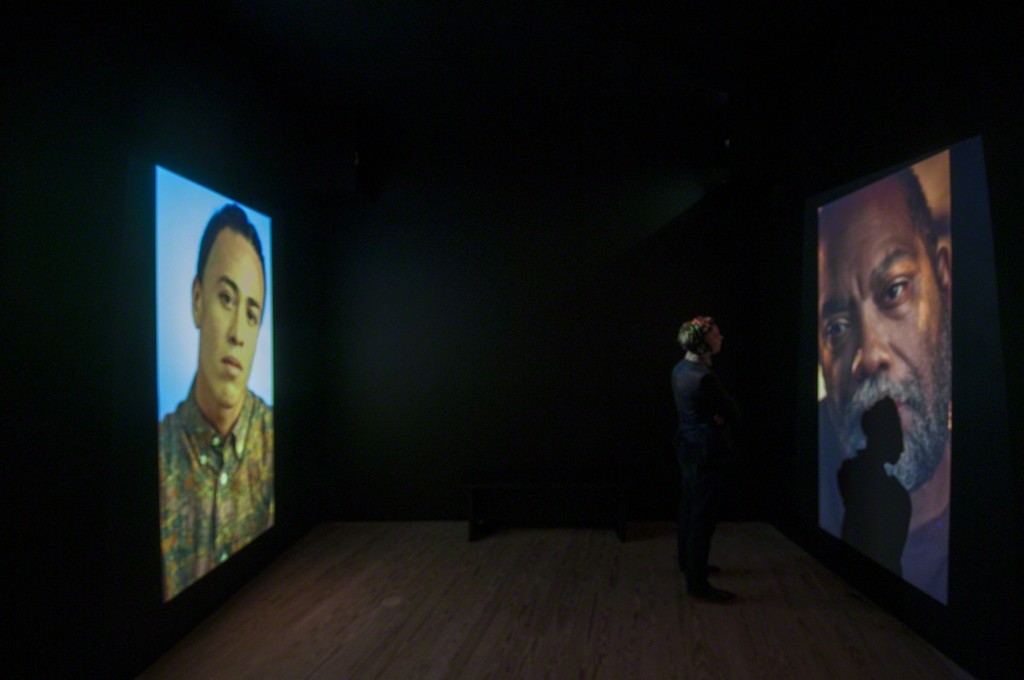 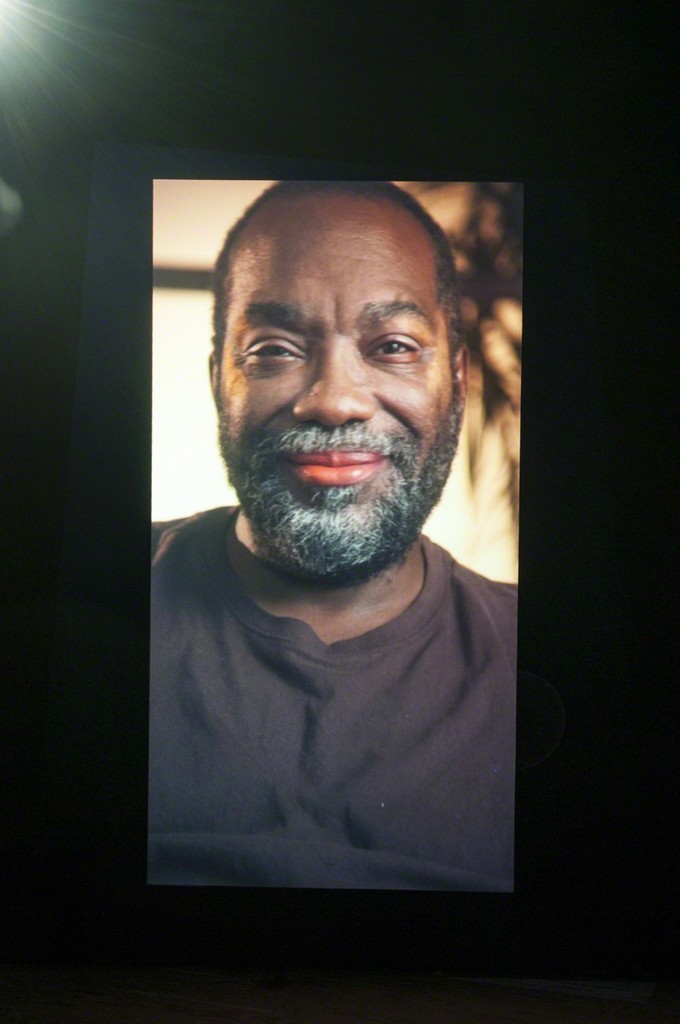 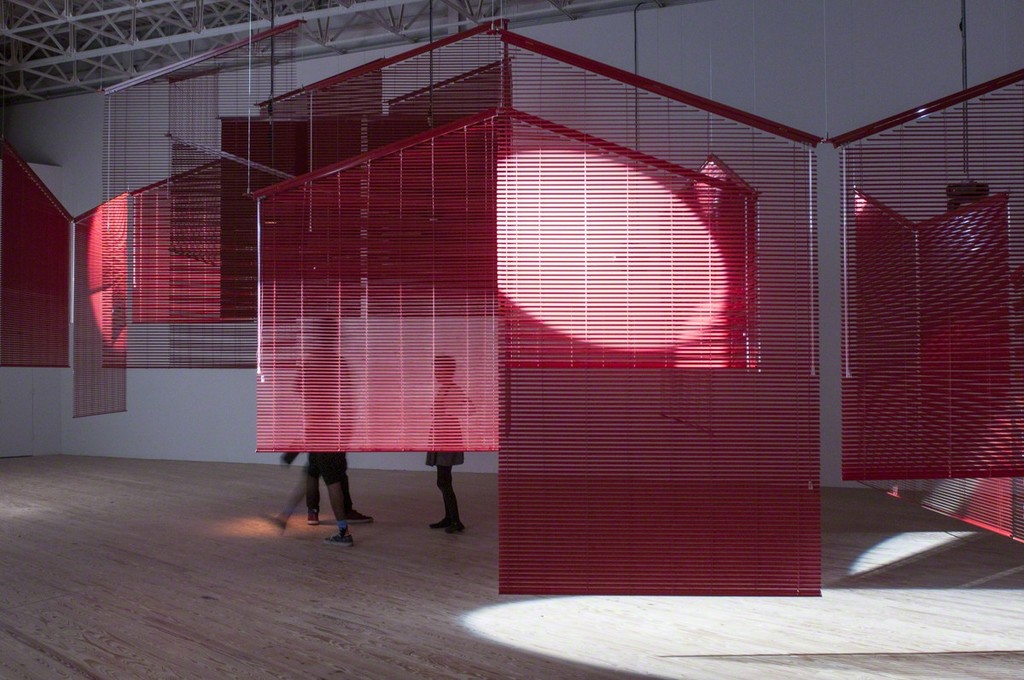 “Performance” has long been understood as the time-based activity of live bodies presented for an audience, but this definition has its limits. Performance can, and does, encompass a much broader range of concepts and actions, including performance-for-the-camera and even viewer participation. Stemming from this updated understanding of the field, Double Life attempts to illuminate some of performance's subtler and more expansive manifestations.

In an ongoing series of eponymously titled works, Paris-based choreographer Jérôme Bel invites dancers onstage to recount their lived experiences. Double Life includes two works from this series: the video Veronique Doisneau (2004) and the performance Cedric Andrieux (2009). During these events, Doisneau and Andrieux alternate between sharing personal anecdotes and “illustrating” their stories by performing specific passages of movement; their presentations unite physical and conceptual facets of dance. Creating scripted versions of the stories shared with him by the dancers allows Bel to challenge notions of subjectivity and agency. By focusing our attention on the performers’ experiences, practice, and labor, Bel rejects the notion that dancers are merely bodies employed to execute a choreographer’s vision, thereby deepening our understanding of their commitments and abilities. Bel’s work has recently been featured in Performa 13 in New York (2013); dOCUMENTA (13) in Kassel, Germany (2012); and the Fusebox Festival in Austin (2011).

The looping film For how we perceived a life (Take 3) (2012) was shot by Wu Tsang on a single 400-foot long roll of 16mm film stock. In it, Tsang and a group of performers lip-sync to prerecorded footage from Jennie Livingston’s legendary documentary Paris is Burning (1990). Livingston’s influential, era-defining film about New York City’s underground ballroom scene introduced “voguing” to mainstream audiences. How then does the sense of words spoken by individuals in the earlier film change when actors recite them today? In Tsang’s film, the performative appropriation of lines from Livingston’s documentary results in a subjective shift. Tsang plays with the tensions and assumptions inherent in this characteristic re-embodiment to critique and celebrate issues of identity, representation, and exploitation. Double Life marks the premiere of Miss Communication and Mr:Re (2014), a newly-commissioned two-channel video installation in which Tsang and the poet and critical theorist Fred Moten enact—among other things—a missed encounter, an attempt at connection, and a love story. Tsang has recently performed and presented his work at the Stedelijk Museum, Amsterdam (2014); MCA Chicago (2014); Diverseworks, Houston (2013); and the Tate Modern, London (2013).

Haegue Yang’s Mountains of Encounter (2008) is a labyrinthine sculptural environment of suspended Venetian blinds whose bright red slats are illuminated by moving spotlights. Walking among its layers of blinds, viewers experience plays of color, light, shadow, and emotion. Yang’s work is inspired by a series of clandestine meetings that took place in the mountains of northern China in the 1930s, when American journalist Helen Foster Snow interviewed the Korean national Jang Jirak; she recorded his stories in her book Song of Ariran (1941). Writing under the pen name Nym Wales, Snow chronicled how Jirak—whom the book identifies as Kim San—fought to liberate Korea from Japanese imperialism with the support of the Chinese communist party. With Mountains of Encounter, Yang translates this complex and layered history into an affective, abstract experience; armed with knowledge of the narrative that inspired it, viewers may perceive the angular tops of the blinds as craggy mountain peaks or imagine themselves attempting to avoid detection by military searchlights. Yang’s work has been seen in solo exhibitions organized by the Bergen Kunsthall, Bergen, Norway (2013); the Haus der Kunst, Munich, Germany (2012); the Kunsthaus Bregenz in Bregenz, Austria (2011); the Walker Art Center, Minneapolis (2009); and in the Korean Pavilion of the 53rd Venice Biennale in Italy (2009).

The works in Double Life blur the boundaries between staged narratives and real world encounters, and transform quotidian materials and situations into memorable experiences. They reference a range of temporalities and operate in spaces between the visual and performing arts, fiction and documentary, feeling and representation. Bodies in these works traverse numerous boundaries and invite us to consider the term “movement” with regard to its physical, social, and political capacities. Most importantly, we are invited along for a ride that is, to quote Gertrude Stein, “a spectacle and nothing strange.”

PUBLICATION
An illustrated catalogue accompanies Double Life with an essay by Litia Perta, Ph.D., writer and core faculty member of the University of California, Irvine’s Critical and Curatorial Studies Department, and a text by the exhibition’s curator, Dean Daderko. Designed by AHL&CO, this catalogue also includes full-color reproductions of the artists’ works, installation views of the CAMH exhibition, a checklist of works in the exhibition, and biographic and bibliographic information on the participating artists. The catalogue will be distributed by Distributed Art Publishers (D.A.P.).

This catalogue is made possible by a grant from The Brown Foundation, Inc.