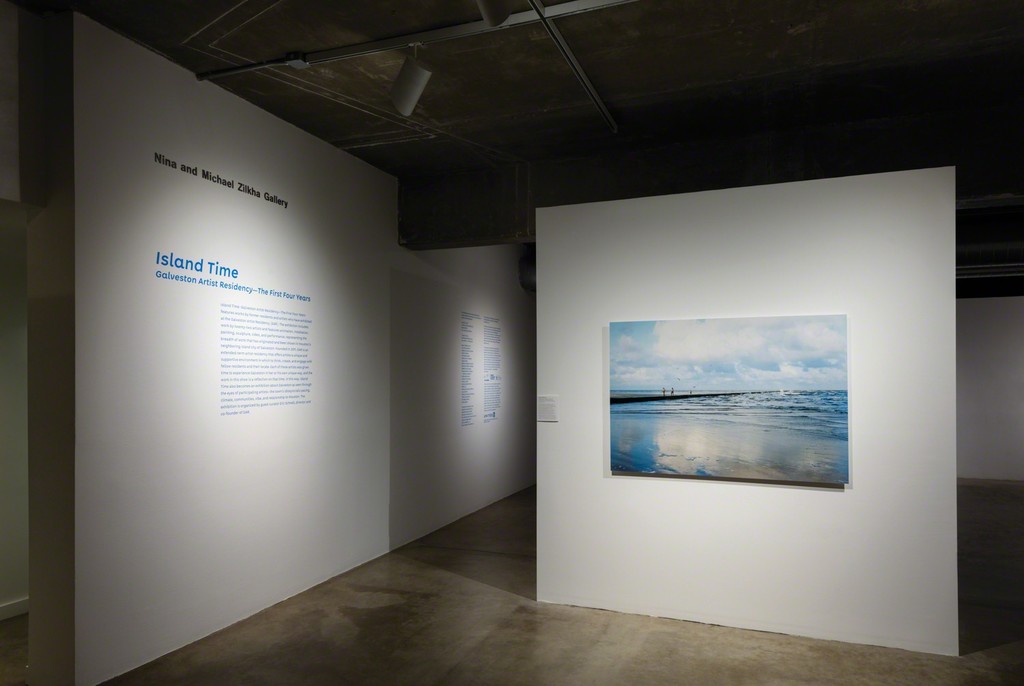 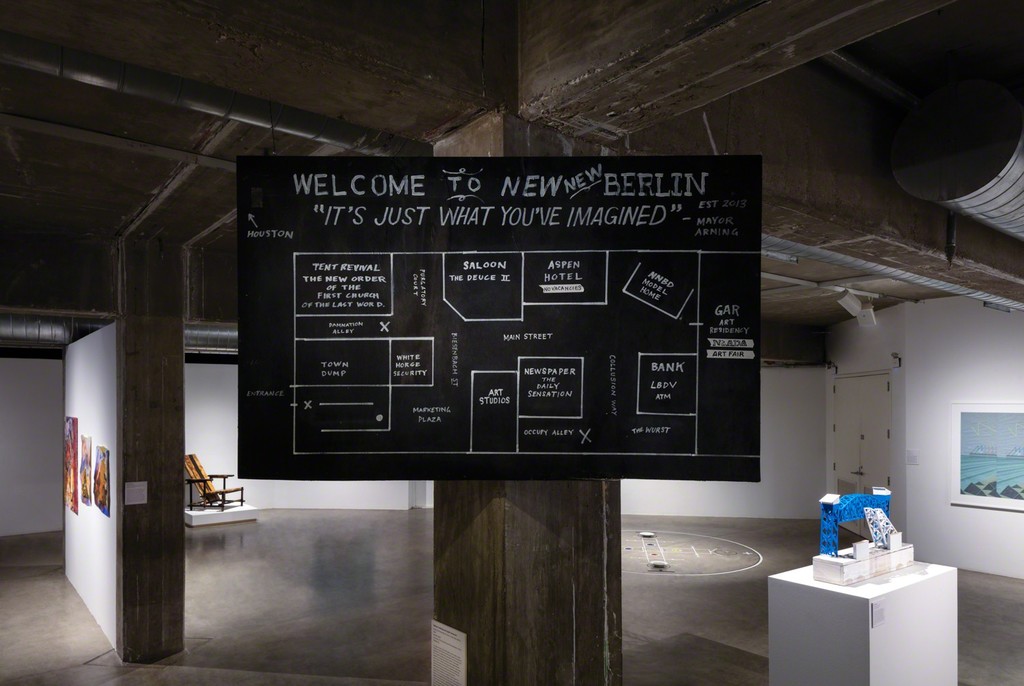 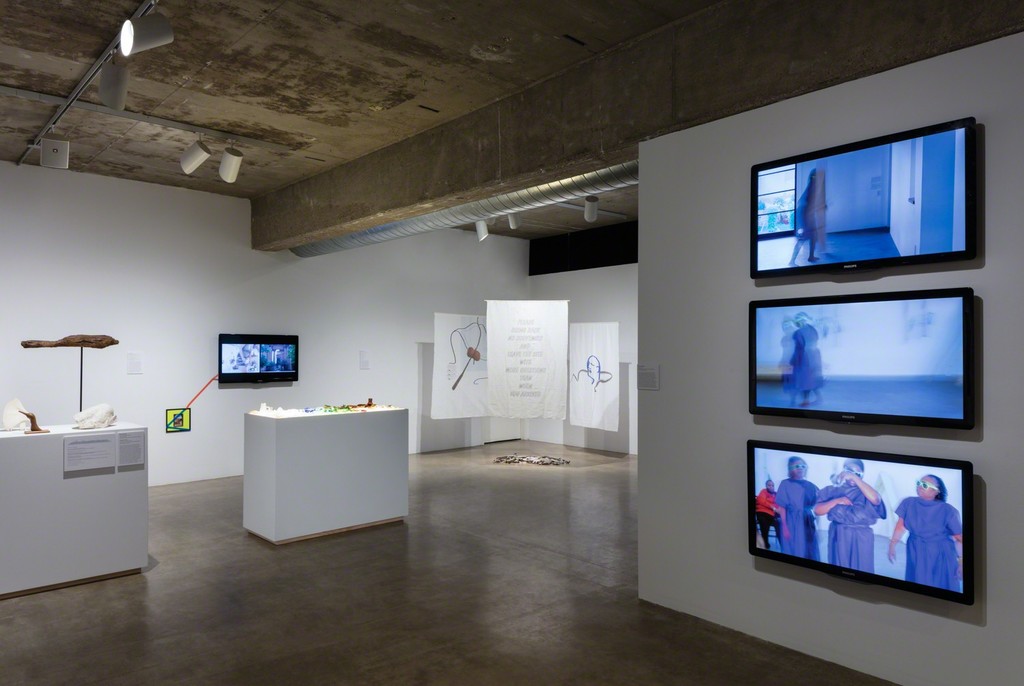 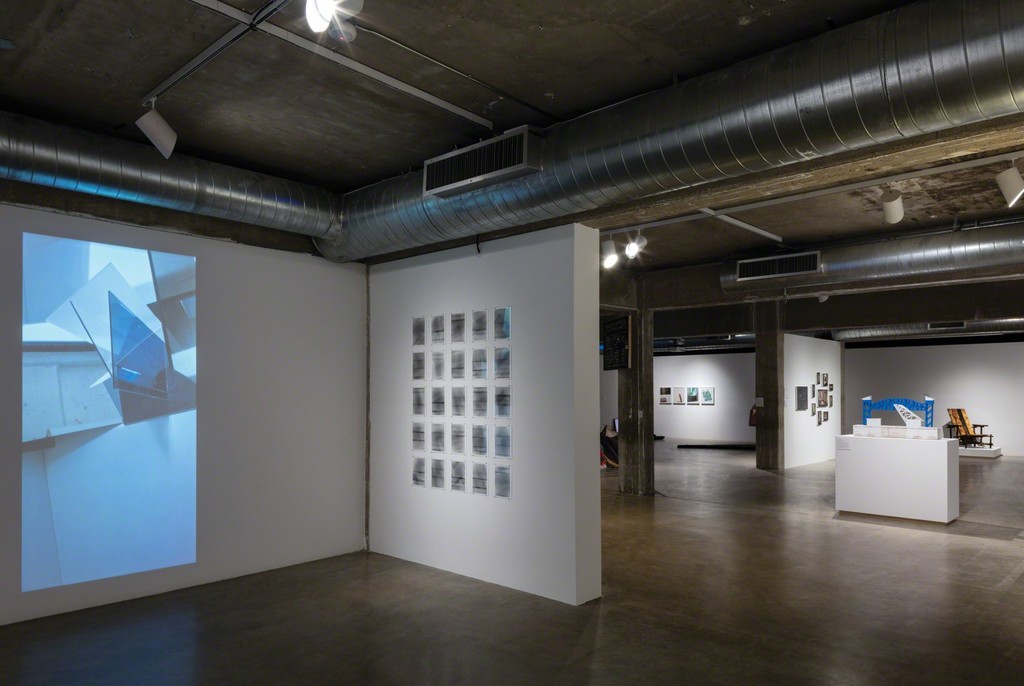 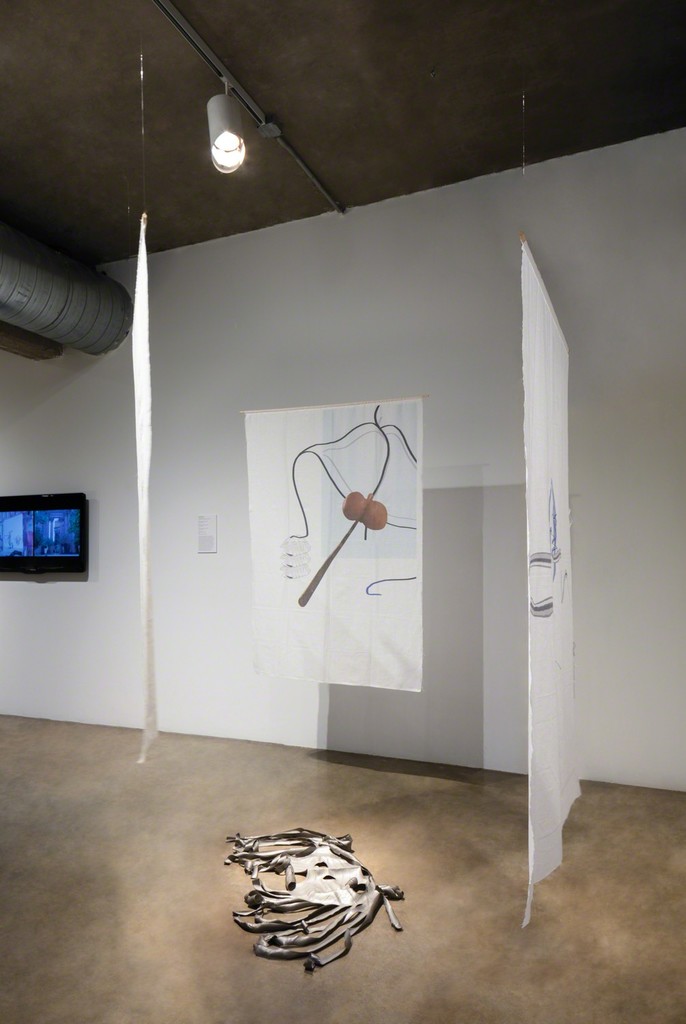 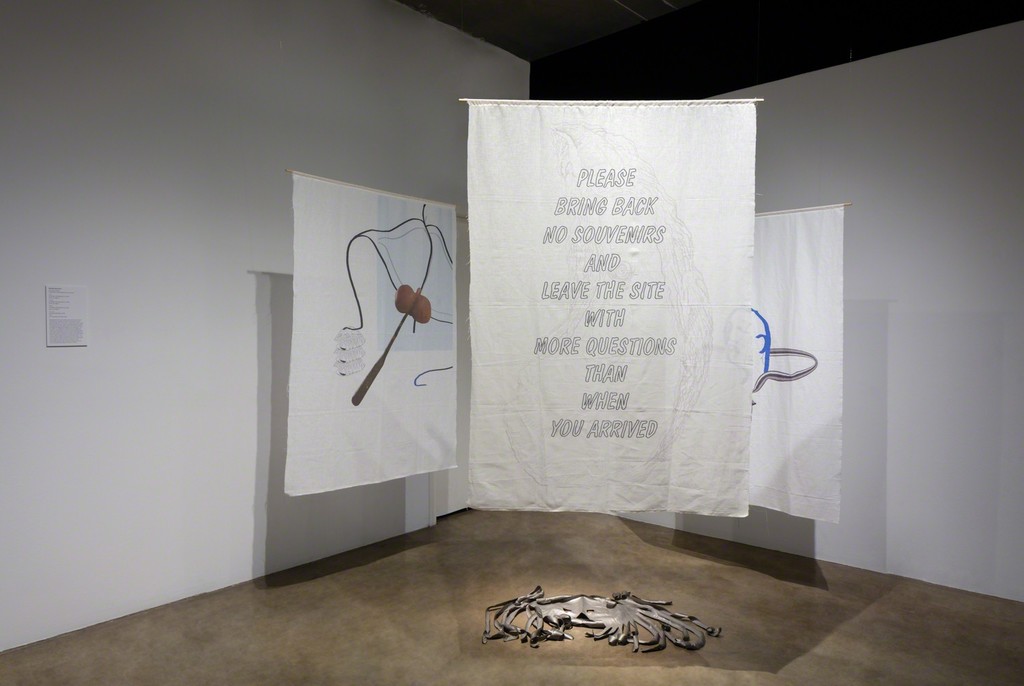 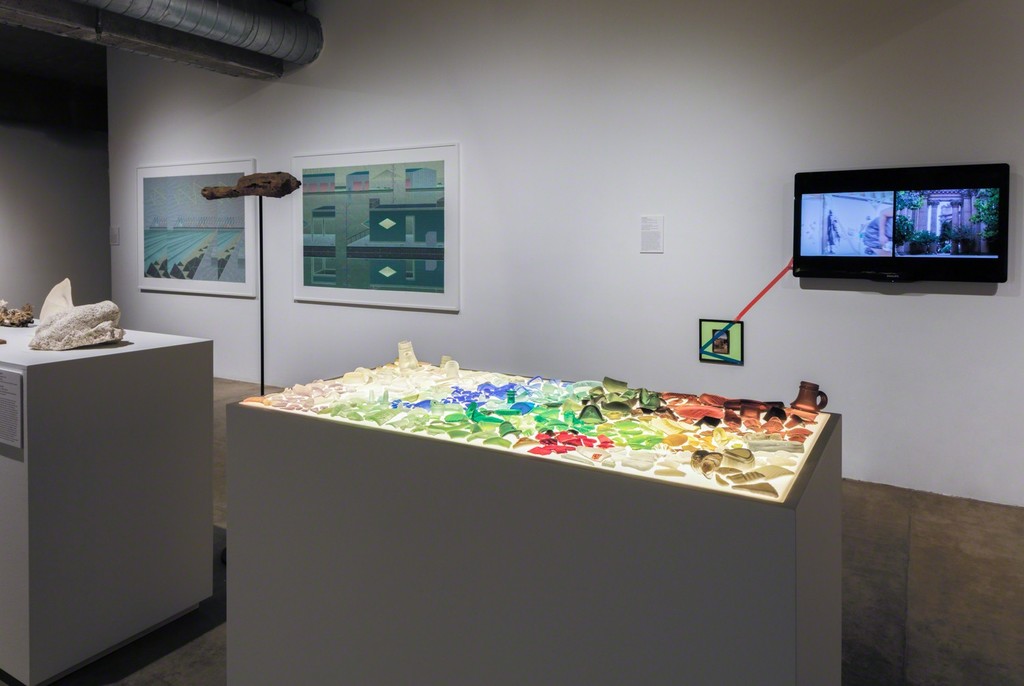 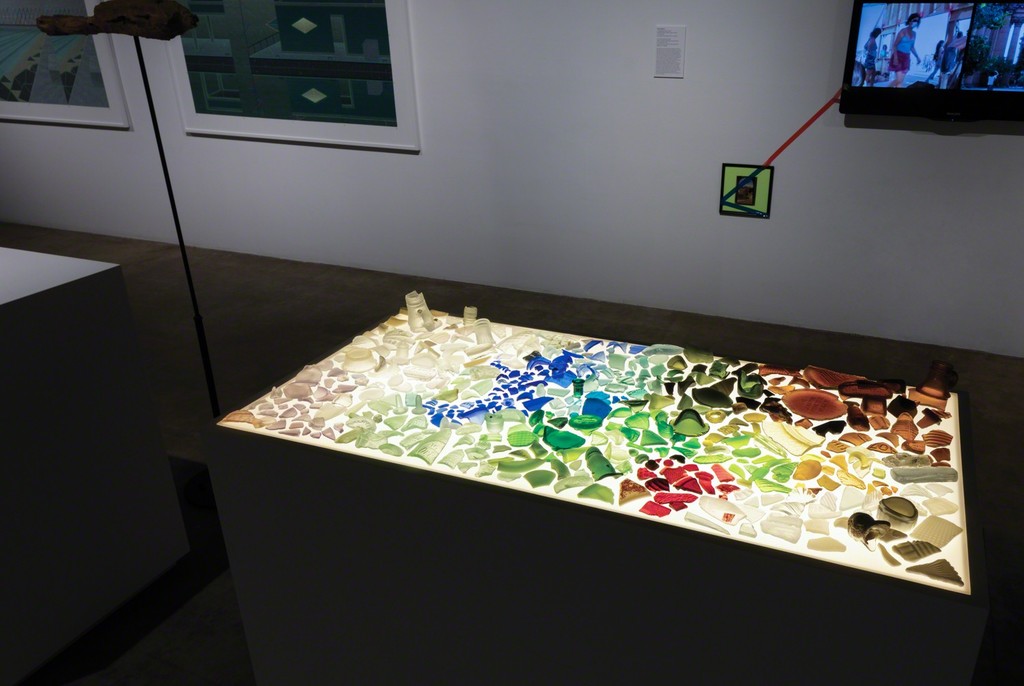 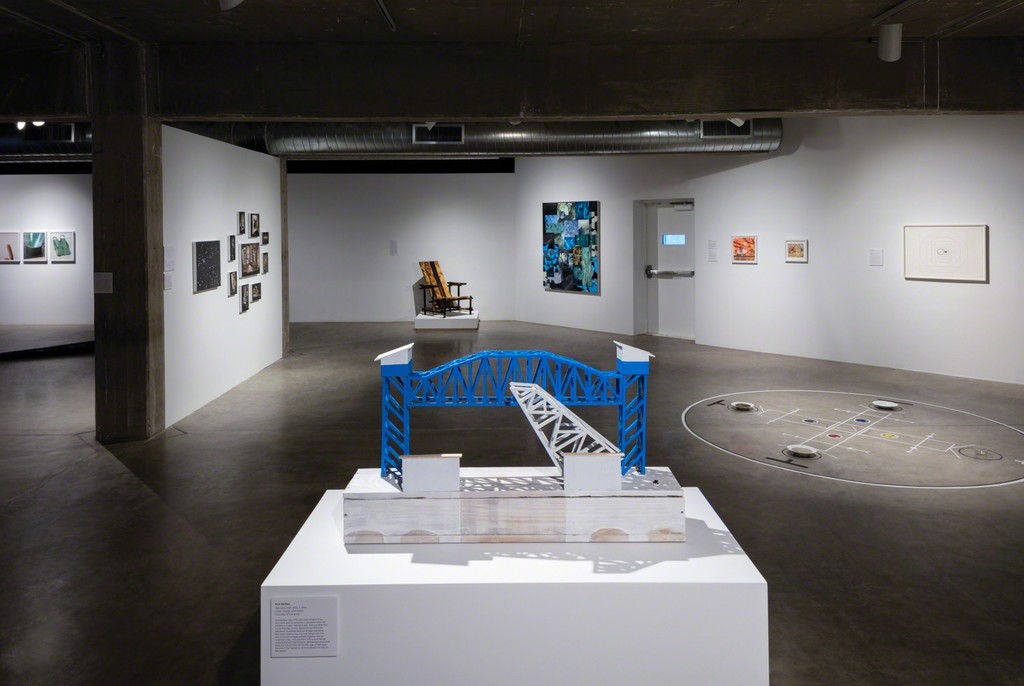 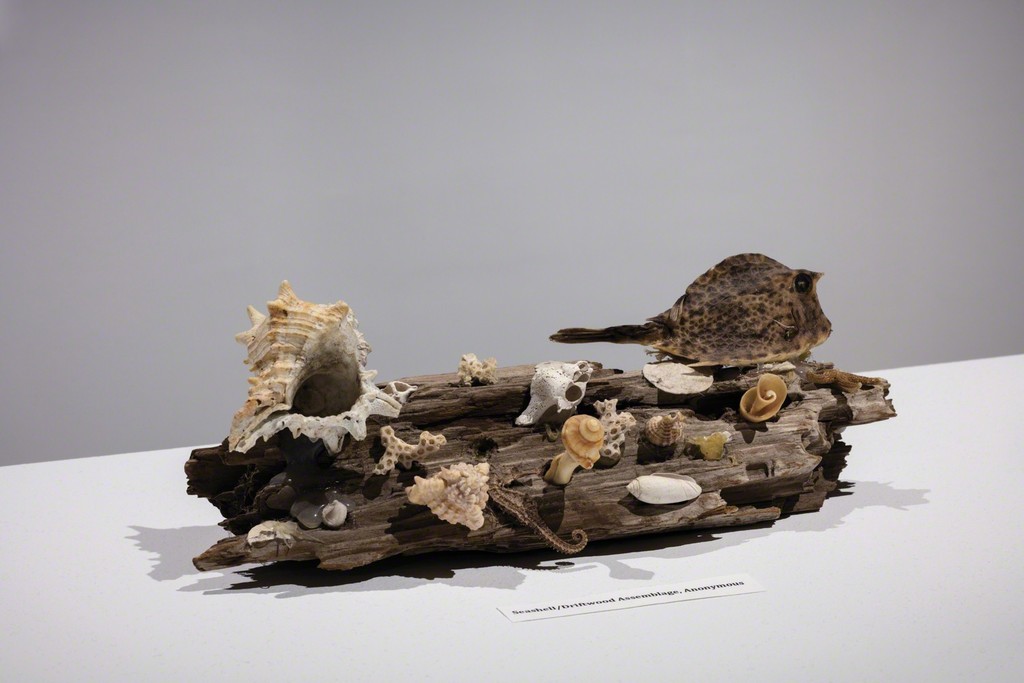 Island Time: Galveston Artist Residency – The First Four Years features works by former residents and artists who have exhibited at the Galveston Artist Residency (GAR). The exhibition includes work by twenty-two artists and features animation, installation, painting, sculpture, video, and performance, representing the breadth of work that has originated and been shown in Houston’s neighboring island city of Galveston. The exhibition is organized by guest curator Eric Schnell, director and co-founder of GAR.

Founded in 2011, GAR is an extended-term artist residency that offers artists a unique and supportive environment in which to think, create, and engage with fellow residents and their locale. Each of these artists was given time to experience Galveston in her or his own unique way, and the work in this show is a reflection on that time. In this way, Island Time also becomes an exhibition about Galveston as seen through the eyes of participating artists—the town’s idiosyncratic pacing, climate, communities, vibe, and relationship to Houston.

“The Galveston Artist Residency renews my faith in the power of artists to transform a person’s experience of a place. Like many Houstonian art lovers, I read about all the projects GAR does but miss too many of their fine exhibitions and projects. My hope is that this exhibition will inspire all of us to visit our neighboring city and their robust art scene more often,” says Bill Arning, Director of CAMH.

Among the works on view is a site-specific floor painting by Jesse Bransford using various esoteric languages to create an energetic link between GAR and CAMH; a minimalist video and photographs by Jonah Groeneboer that explore our relationship to time; and a sculpture by Houston-based artist Josh Bernstein that is based on his ongoing reimagination of Cabeza de Vaca's epic travels through Texas. Multi-disciplinary artist Autumn Knight will restage her performance WALL (2013), a series of performed sounds, rituals, and actions influenced by both the religious prayer site the Wailing Wall in Jerusalem and the Galveston Seawall; both are places visited repeatedly by people making offerings in the hope of receiving something in return.

In addition, viewers to the exhibition will see a small selection from GAR’s 2013 exhibition Best of the Beach, which celebrated beachcombers, collectors, and the unlimited artistic potential of the Gulf. As part of the programming for the exhibition, CAMH and GAR are organizing a bus tour from Houston to Galveston to include beachcombing with Davenport and Irvine, as well as a visit to Pink Dolphin Monument and GAR. The Pink Dolphin Monument was created by Orangias, writer Sarah Sloane, and scientist Frank Pega in celebration of gender and sexual minority communities and is the first monument dedicated as such in the southern United States. At CAMH, Orangias expands the conversation with a large-scale sculpture and video installation highlighting monuments to sexual and gender minorities around the globe. For complete programming information, please visit camh.org.

Co-founded by artist Eric Schnell and biologist Bert Geary, GAR was created post-Hurricane Ike as a way to help build community. “The biologist Bert Geary and I had always wanted to collaborate on a project and the idea of making a place where creativity was encouraged for its own sake—where the beautiful was reason enough—seemed to help both of us heal somewhat from our Ike-broken hearts,” says Schnell. Besides Schnell, GAR has only one other employee, Sallie Barbee, who has been an important collaborator from the beginning. GAR annually provides three artists with studio space, free housing, and a stipend during the eleven-month residency. Eligible artists can be emerging or established but must be desirous of a period of intense, focused studio time. Since its grand opening in 2012, twenty artists have come through GAR. The artists are from all over the world, including Berlin, Italy, and London, from New York, Kentucky, Virginia, and Florida, and also some closer to home, Houston.