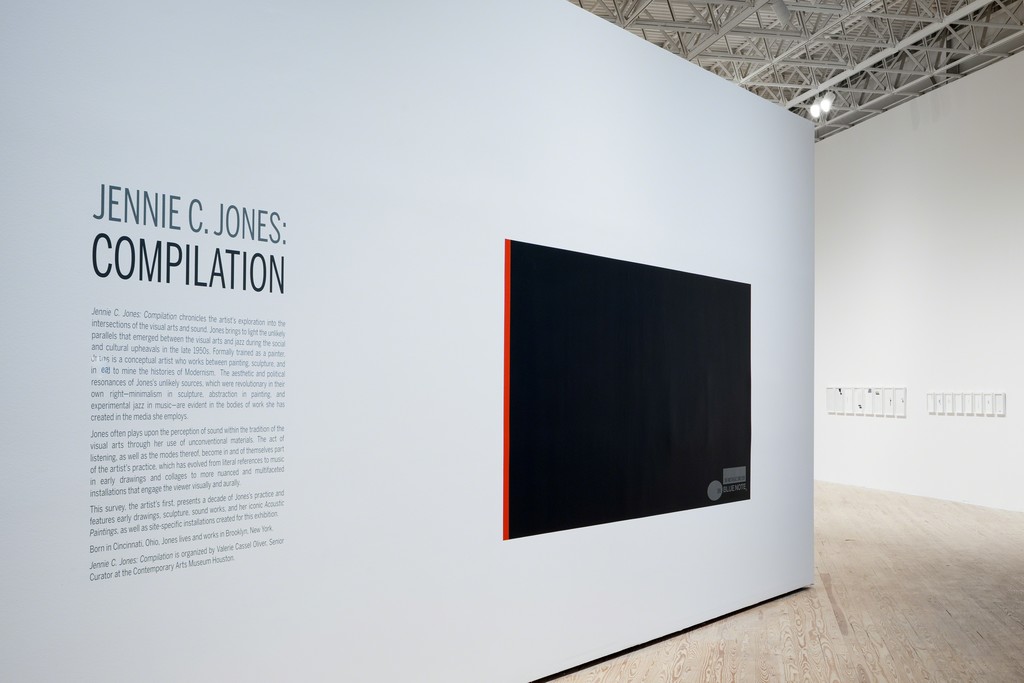 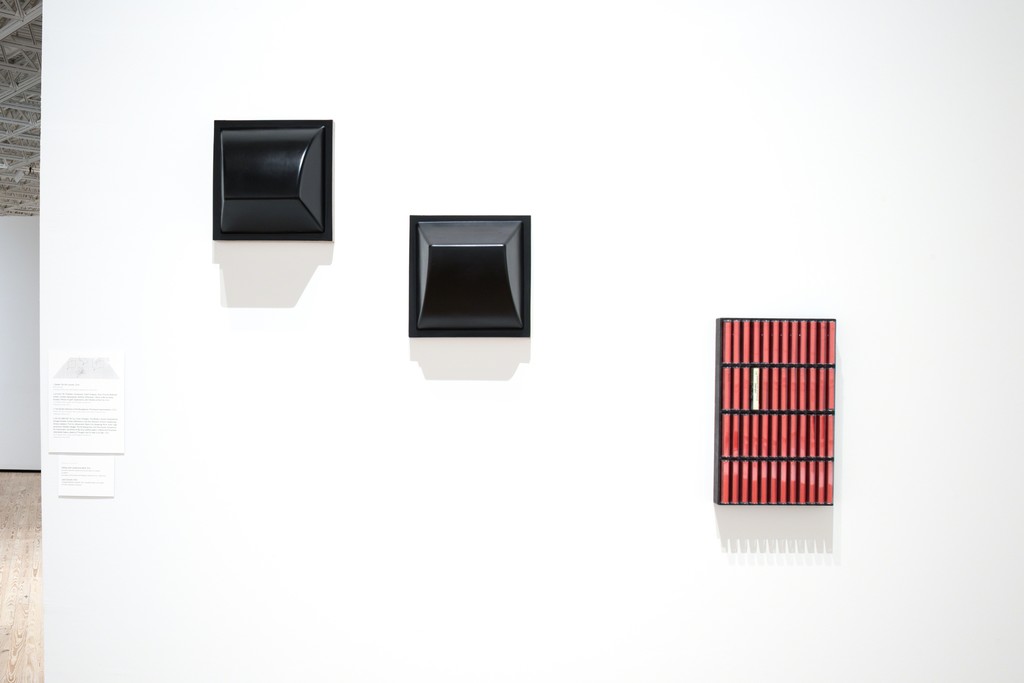 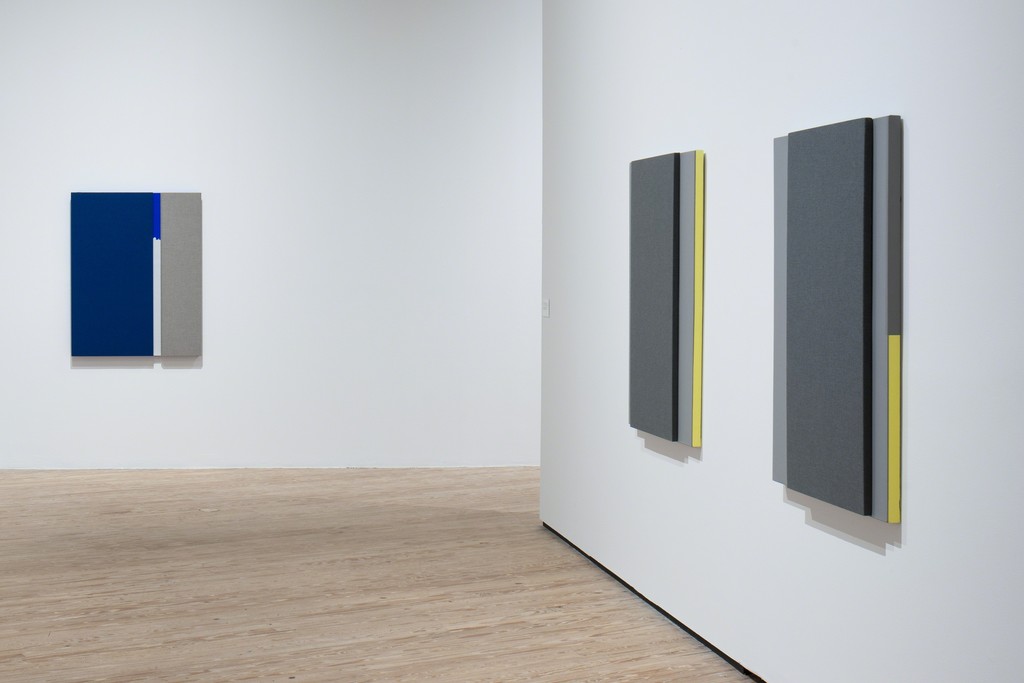 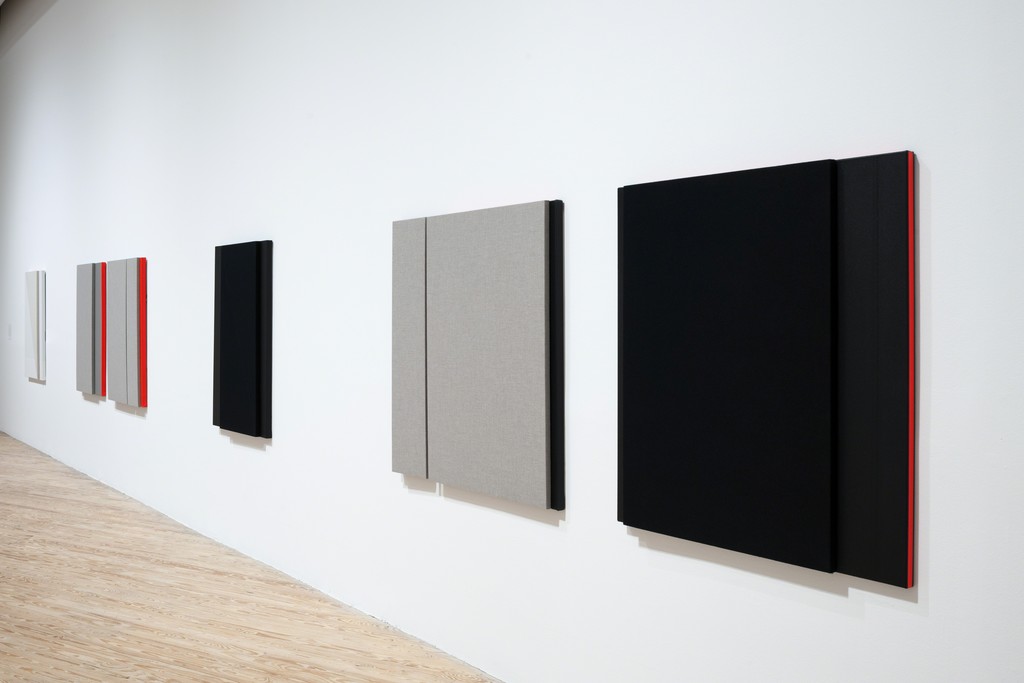 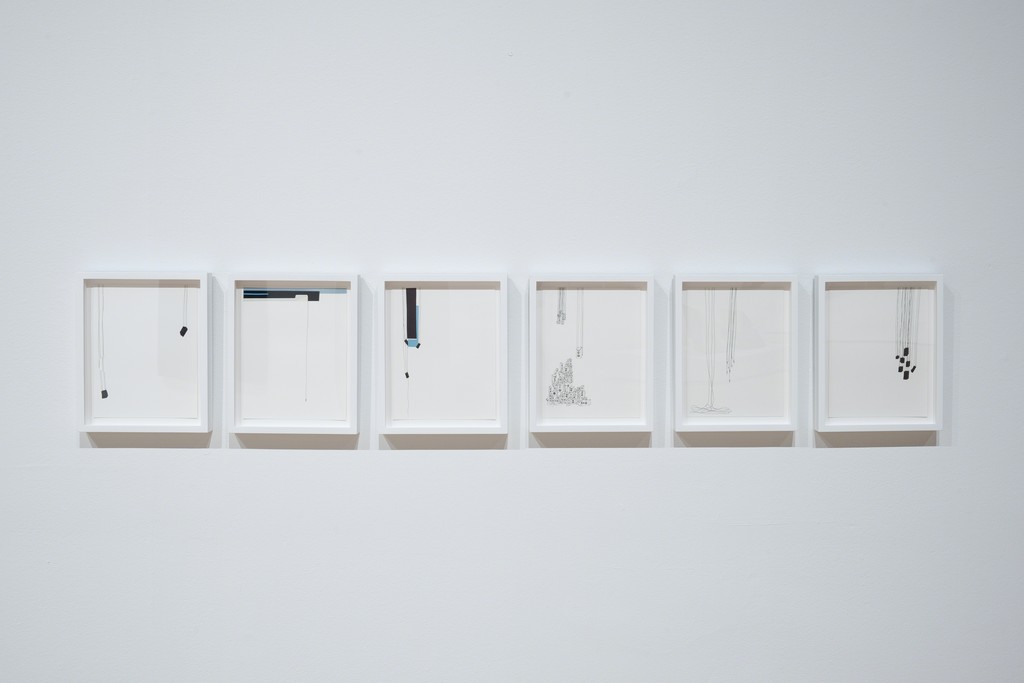 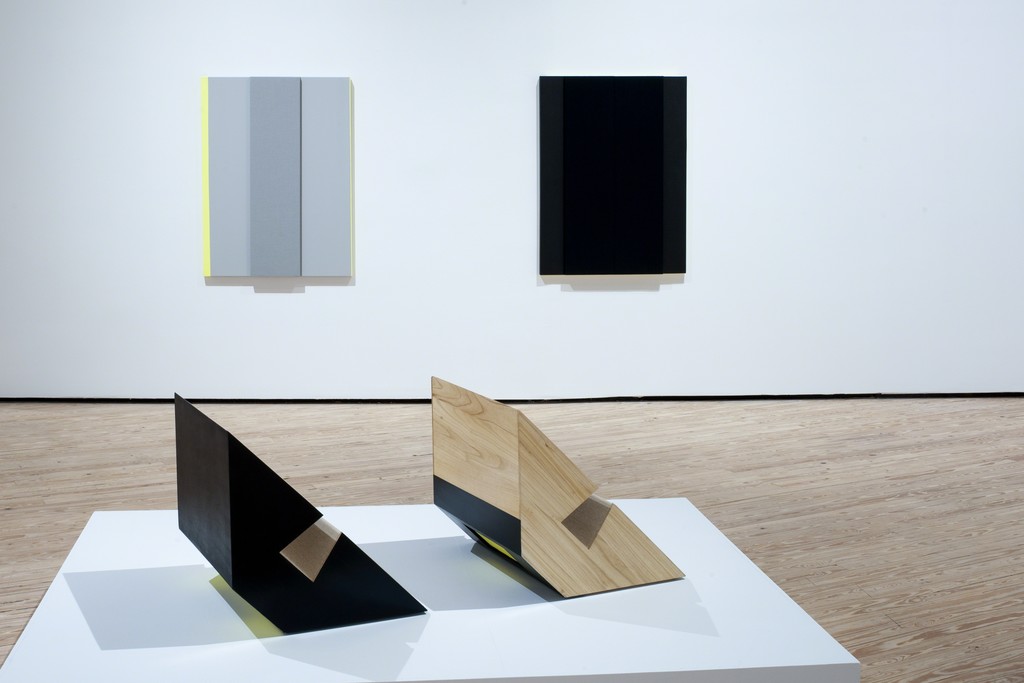 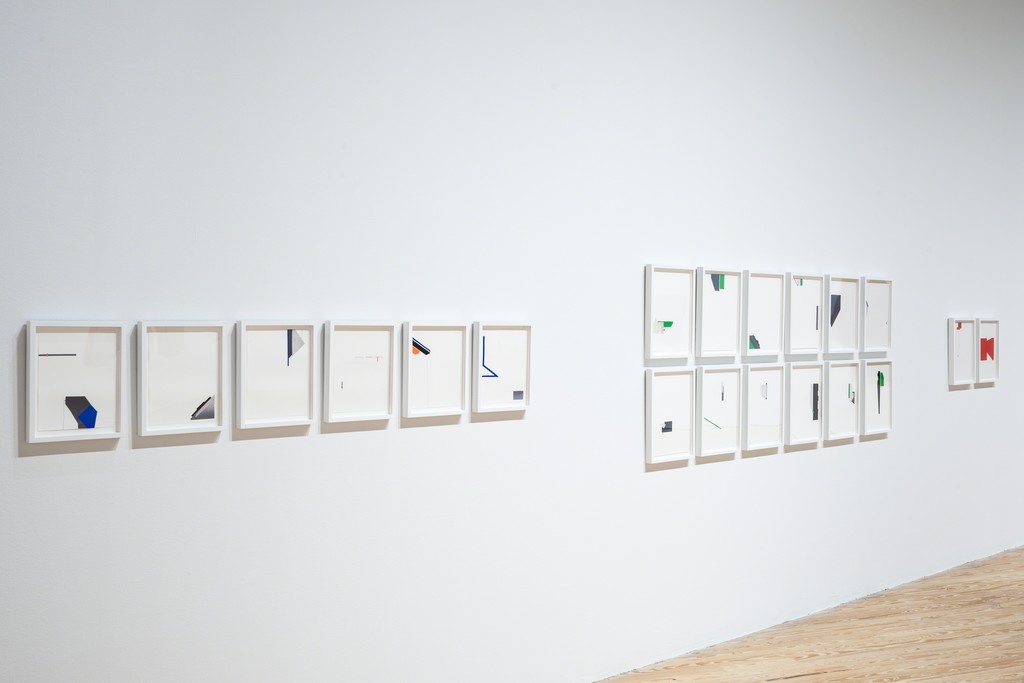 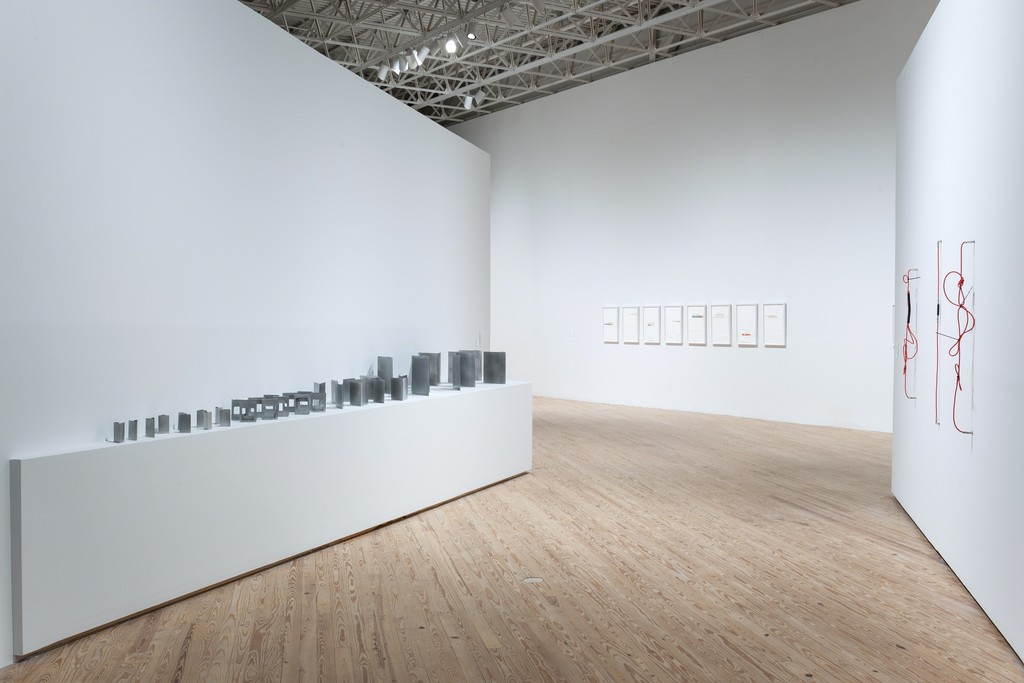 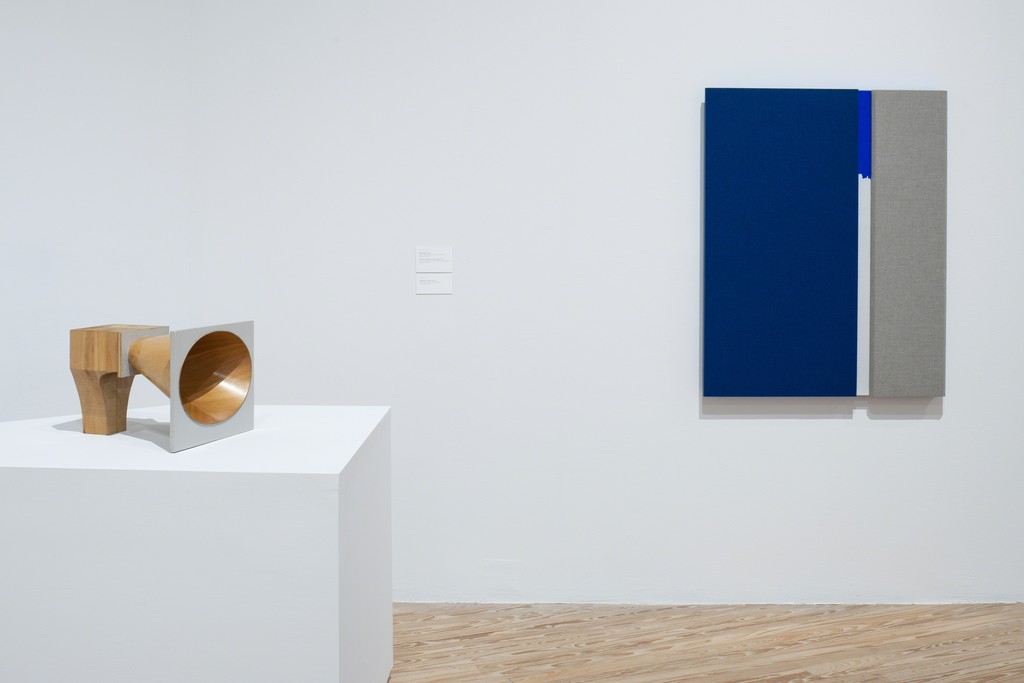 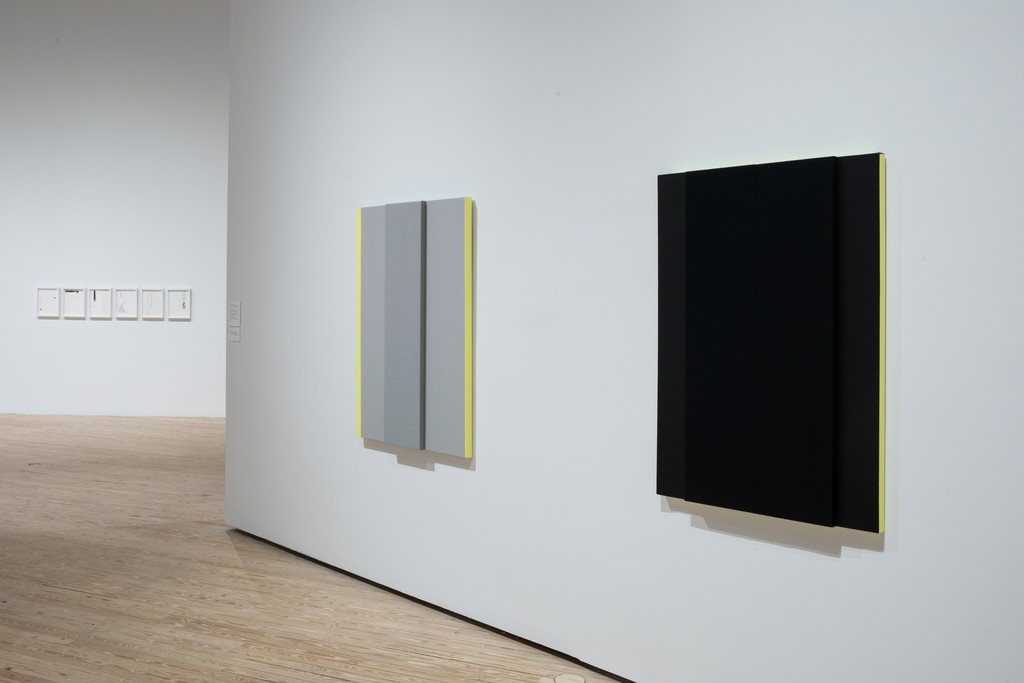 Through exhaustive research and imaginative talent, Jennie C. Jones brings to light the unlikely parallels that emerged between the visual arts and jazz during the social and cultural upheavals in the late 1950s. A resistance to tradition in favor of experimentation gave rise to an avant-garde in the visual arts and in jazz. These imprints exist as tangible markers of social evolution and political strivings. The Contemporary Arts Museum Houston is pleased to present the mid-career survey Jennie C. Jones: Compilation, which chronicles Jones's practice over an eleven-year period and includes the artist's iconic Acoustic Paintings, early works on paper, sculpture, and sound works. The exhibition will debut a suite of new Acoustic Paintings along with a site-specific installation created for her presentation at CAMH.

Formally trained as a painter, Jones is a conceptual artist working between painting, sculpture, and sound to mine the territory of Modernism and the abstract and minimalist painting traditions, combined with experimental jazz. Adept in a variety of media, Jones often plays upon the perception of sound within the tradition of the visual arts through her use of unconventional materials. For Jones, the act of listening, as well as the modes thereof, become in and of themselves part of her practice, which has evolved from literal references to music in early drawings and collages to more nuanced and multifaceted installations that engage the viewer visually and aurally.

Jones began working in drawing and collage in part because she didn't have a studio in which to paint. Rather than see this lack of space as a limitation, the artist used it to focus on reducing visual information to its most essential state and translating sound into visual art. The earliest work featured in the exhibition is a suite of drawings titled Speak, made in 2004. The line drawings are sparse, discrete depictions of speakers and audio cable.

Jones soon began to integrate collage into her drawings, often using found imagery featuring sound systems from magazines and product packaging. Her practice of reducing and fragmenting images of listening devices would generate several series of works on paper, including Sony Walkman (2008) in which she extracted design elements of what was once the state-of-the-art listening device. Eventually, these early drawings started to manifest as real audio cables and other music residue - like CD cases - into sculptures and large-scale wall installations. Several of these works, entitled SHHH (2014), are featured in the exhibition. These works - created with noise-canceling instrument cable, cable ties, and endpin jacks - are attached to nothing but the ceilings, walls, and floors. Jones seeks to transform these modest materials into a minimalist gesture, and they are as much about silence as drawings in space.

Jones's recent exhibitions often feature a blend of painting, sound, and sculpture. From 2010 onward, her sculptures have been inspired, in part, by Marcel Duchamp (French, naturalized American, 1887-1968), whose repurposing of everyday objects revolutionized the visual arts in the early twentieth century. Jones often manipulates but does not alter everyday objects related to sound - objects that belong to modes and systems of listening to sound or producing it, as well as systems of organizing it - to generate implied sound although the works themselves are silent. She also plays upon the rapid evolution of these devices by bringing archaic listening devices and equipment back to the present. The most recent sculpture featured in the exhibition is a specific homage to Duchamp, Duchamp's Inner Ear (2014-15). Jones routinely scours eBay for antiquated audio equipment and obsolete objects related to sound recording and playback; in this case, she acquired and altered the horn-shaped speaker of a 1923 Victrola phonograph.

The aesthetic and political resonances of Jones's unlikely sources, which were revolutionary in their own right - minimalism in sculpture, abstraction in painting, and experimental jazz in music - are evident in the bodies of work she has created in all the media she employs. Jones frequently uses iconic phrasing from jazz vocalists and instrumentalists as raw material that she fragments, disrupts, and dissolves into associative sounds, which in turn function as distinct installations or in combination with sculpture or installations of her now emblematic Acoustic Paintings. These Acoustic Paintings - minimalist in nature - are composed using monochromatic canvases with sound-absorbing panels that are highlighted with pops of color. Jones says she likes the panels, normally used to minimize echoes and reverberations in auditoriums and the like, because they are "working." The resulting paintings, often presented as a suite or installation, evoke a physiological response by the viewer, whose recognition of the material triggers an internal expectation of sound. Says Jones, "I always say they're active even when there's no sound in the room; they are affecting the subtlest of sounds in the space - dampening and absorbing even the human voice."

Since debuting the acoustic panel paintings in 2011 in an exhibition at The Kitchen in New York, Jones has created three distinct series of paintings based on the "tri-tone" - a musical term expressing a particular interval between notes. Installations featuring these works are often titled with a double entendre related to musical notation, audio devices, and sound constructs, such as Higher Resonance, Tone, and Absorb/Diffuse. Included in her exhibition at CAMH are several suites of Acoustic Paintings, including her most recent body of work done in shades of blue, from midnight to navy. With titles like Blue Moments, Bastard Blues, and Blues in C Sharp Minor (for Teddy Wilson) (all 2015), the artist delves into the meaning, both visual and audible, of the "blues" continuing her exploration into the intersections of sound, politics, history, and the practice of minimalist painting.

ABOUT THE ARTIST
Jennie C. Jones was born in Cincinnati, Ohio, in 1968. She currently lives and works in Brooklyn. She attended Rutgers University's Mason Gross School of the Arts, where she received her MFA in 1996. She has participated in numerous prestigious artists residency and fellowship programs, both national and international, including Cité Internationale des Arts-Paris, France (2002-3); The Lower Manhattan Cultural Council Residency at the World Trade Center (1999); Skowhegan School of Painting and Sculpture (1996), where she recently returned as faculty; and the prestigious Robert Rauschenberg Foundation residency. Her work has been featured in numerous national and international venues, including Kunstquartier Bethanien, Berlin, and Yerba Buena Center for the Arts, San Francisco (2011); The Kitchen, New York (2011); The Menil Collection, Houston, and The Studio Museum in Harlem, New York (2012), among many others. Her most recent exhibitions include Tone at Sikkema Jenkins & Co., NY (2014) and Higher Resonance at The Hirshhorn Museum and Sculpture Garden, Washington, D.C. (2013), which marks her first solo museum exhibition. Jones was also included in the 2015 group exhibition The Freedom Principle: Experiments in Art and Music, 1965 to Now at the Museum of Contemporary Art Chicago. In 2013, Jones was the recipient of the prestigious Wein Prize, awarded by The Studio Museum in Harlem. Her work was recently acquired by the Solomon R. Guggenheim Museum in NY.

PUBLICATION
Jennie C. Jones: Compilation will be accompanied by a significant monograph published by Gregory R. Miller & Co., featuring the artist's paintings, drawings, works on paper, and sculpture. The publication will include an introduction and essay by the organizing curator, Valerie Cassel Oliver, as well as essays by Hilton Als and George E. Lewis, in addition to a conversation between Jennie C. Jones and Huey Copeland. The monograph will also feature color and black-and-white images of the works presented in the exhibition, a bibliography of general reading, and a chronology of the artist's life and work. The overall scope and comprehensive material featured in the accompanying catalogue promises to serve as a scholarly reader and a critical and lasting document for the exhibition.